Flight attendant and model, Milind Soman's wife, Ankita Konwar, gave an astounding reply to a user, who called her 'Mrs Milind' on her tweet regarding racism in India. Details inside!

After a woman gets married to a man, she is mostly associated or known with the identity of her husband. That is exactly where we need to bring about a change in our society. However, when a woman puts forward her views on a social media platform, people find it difficult to acknowledge her personal opinions and rather drag her family into it. And flight attendant, Ankita Konwar took a strong stand against it this time.

Ankita Konwar has never really cared about society and its judgmental ways. That is pretty much clear from her standpoint when she had married her then-actor-model boyfriend, Milind Soman, who is 26 years elder to her, in 2018. Despite the fact that the duo receives massive backlash on social media, neither Ankita nor Milind's love for each other has diminished at all. A few hours back, Ankita Konwar had taken to her Twitter handle to share a post about how people, who demean and ignore the people of the North-East are rejoicing them on bringing medals for India. The tweet could be read as "If you’re from Northeast India, you can become an Indian ONLY when you win a medal for the country." She further added in her tweet that if not bringing medals for the country, the rest of the time, they are made fun of. She stated, "Otherwise we are known as 'chinky' 'Chinese' 'Nepali' or a new addition 'corona'. India is not just infested with casteism but racism too. Speaking from my experience. #Hypocrites."

Suggested Read: Karan Deol Makes His Grandfather, Dharmendra Proud With His Gesture, The Latter Heaps Praises On Him 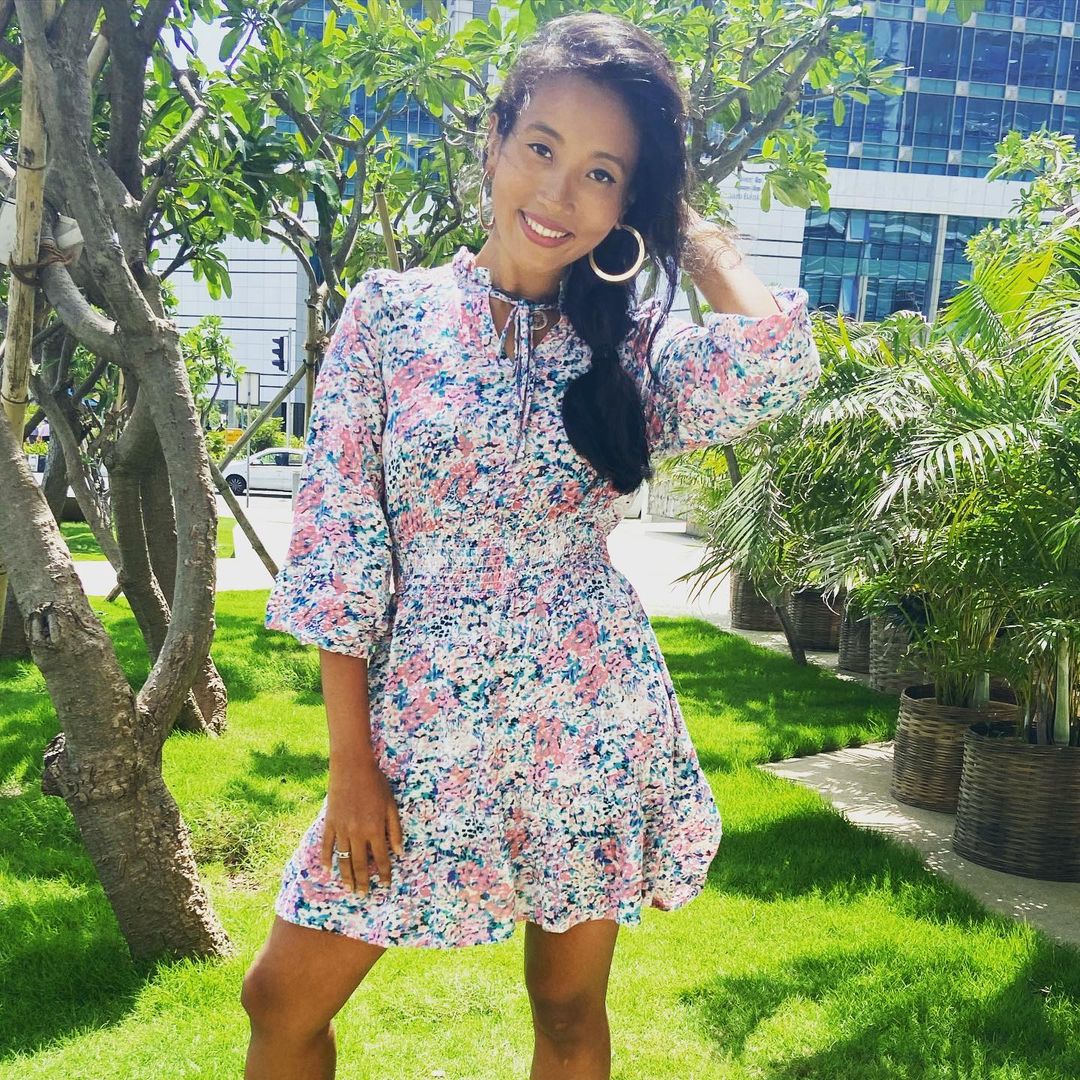 The tweet received both positive and negative reactions. One reply on the thread could be read as "I agree when I was young I have seen and in some way been part of that too... but thanks to mah parents.. I realise that it's seriously very immature and horrible behaviour.. I apologize and hope that with time world is gonna be a better place soon." 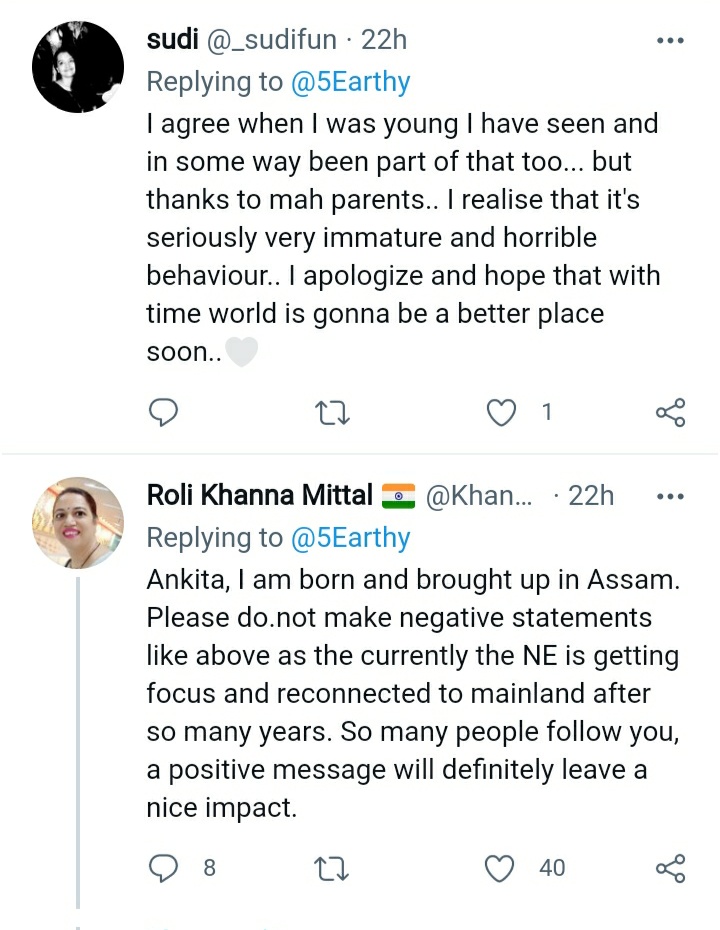 Amongst all these tweets, what caught our attention was the fact that when a user addressed Ankita as Mrs Milind, she was quick to correct him and make it clear that she has a separate identity.  The man tweeted, "Very negative approach........ at least not expected from Mrs Milind." Ankita responded, "I’m Ankita Konwar."

Also Read: Harshdeep Kaur Takes Her Almost 5 Months Old Son, Hunar Singh Out To Get His Aadhaar Card Made 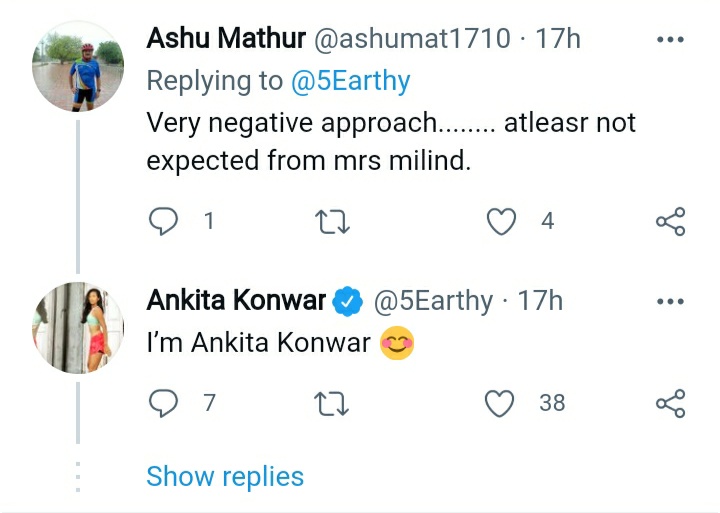 For the unversed, Ankita and Milind will be completing three years of marital bliss in November 2021. 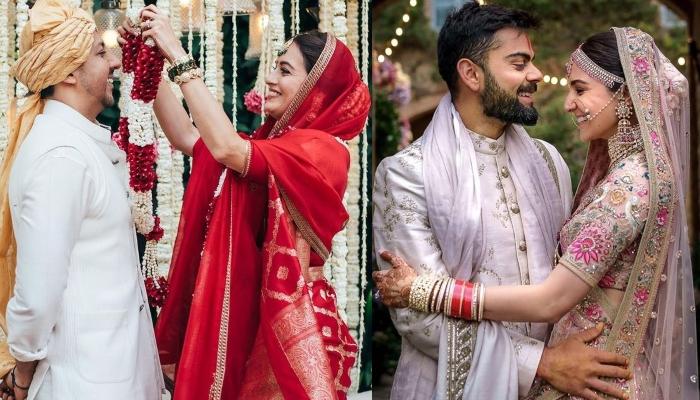 Spanning across decades, weddings have evolved and like how! Looking back at the time when our parents got married and the weddings nowadays, there's an evident drastic change. Gradually, weddings are breaking free of the norms, hence creating a surreal and personalised experience for the couple. If we told someone