Karishma Tanna's professional life has been a huge success. However, she has dated many men over the years, and not all of them are known. Here is to all the men Karishma Tanna has dated till now!

Karishma Tanna is a well-known name in the glamour world. She had made her acting debut with popular daily soap, Kyunki Saas Bhi Kabhi Bahu Thi in 2001, and in her 20 years long career, she has become a prominent name and often hits the headlines. From TV to films to web shows to music videos, Karishma has proved the mettle of her acting on every platform. Be it her fashion game, her strong personality or her love life, Karishma never goes out of the limelight. 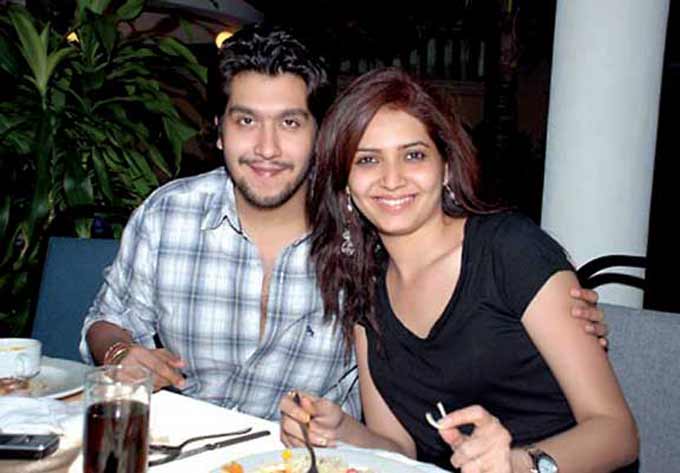 In 2007, Karishma Tanna was rumoured to be dating music composer, Bappi Lahiri’s son, Bappa Lahiri. They were often spotted together attending events. However, they had always denied the reports maintaining the ‘good friends’ stance. Their relationship was a short-lived one. Bappa Lahiri had later tied the knot with Taneesha Verma in 2012. Karishma Tanna was reported to be dating actor, Hanif Hilal in 2012. They had bonded well while shooting for Shah Rukh Khan’s reality show, Zor Ka Jhatka in Argentina. Gradually, they had fallen in love, however, a year later, they had parted ways. There were reports that the two had called it off due to their busy professional schedules. While Karishma was busy with her shooting schedule, Hanif, who was a choreographer at that time by profession, was not moving ahead in his career. Karishma Tanna had participated in Bigg Boss season 8 in the year 2014. When she had entered the house, she was reported to be dating a Mumbai-based restaurateur, Rushabh Choksi. He was the owner of a popular nightclub, Escobar, in Mumbai and was madly in love with Karishma. It was also reported that Karishma and Rushabh were dating for a long time and were all set to tie the knot. Even their families had also given the nod to their relationship. However, Karishma’s entry into the reality show had changed it all. 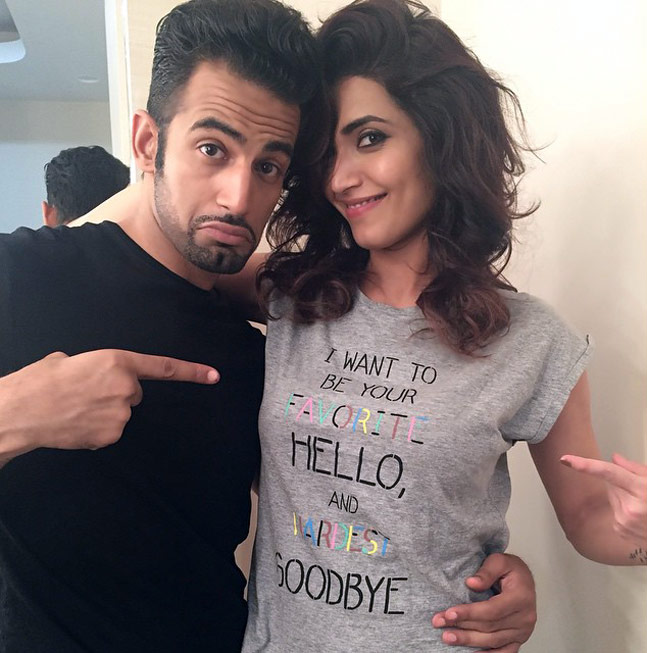 In 2014, after participating in Bigg Boss 8, Karishma Tanna had met actor, Upen Patel, and their PDA on the show had grabbed the headlines. Their fans had started calling them ‘UpMa’ and their steamy lip-lock inside the Bigg Boss house had skyrocketed the TRP. Upen was seen wearing his heart for Karishma during the show and when he had re-entered the house for the actress, the two had made their relationship official. 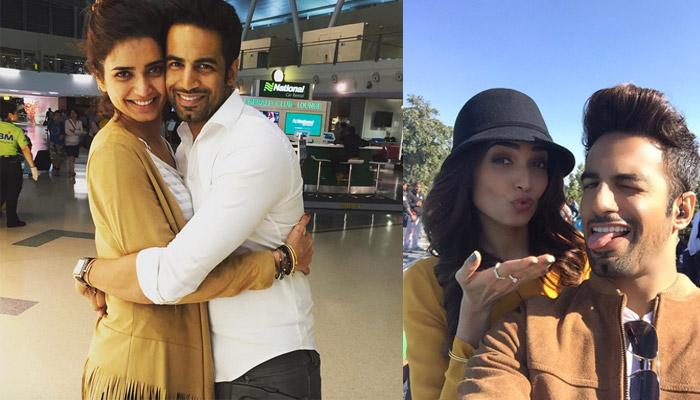 After Bigg Boss, Upen and Karishma had participated in Nach Baliye 7 where he had proposed to her on national television to marry him. The two had also hosted MTV’s show, Love School and their fans were eagerly waiting for them to tie the knot. However, in 2016, the two had mutually decided to part ways. 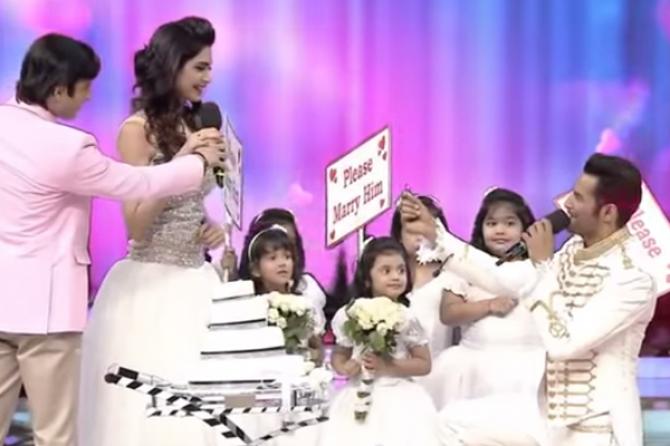 Upen Patel had decided to announce the news of their breakup on Twitter. He had shared two tweets, announcing the same. His first tweet had read:

“2 much has come 2light & shown its true colours. love is never easy and when a certain foundation is broken it's impossible 2move forward.”

In another tweet, Upen had confirmed the news of their break-up, stating that they had mutually agreed to part ways. His tweet could be read as:

“Me and Karishma have both agreed to part ways. Thank you for all your love.” 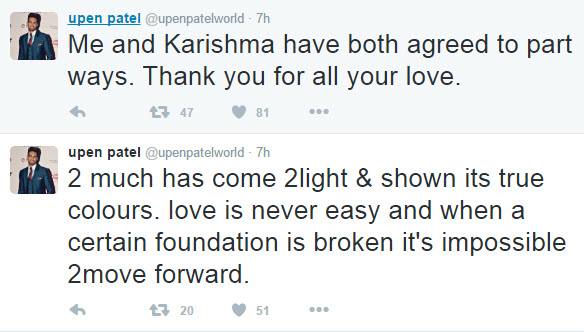 On the other hand, Karishma Tanna had kept mum over their split for quite a long time. In 2016, in an interview with Pinkvilla, Karishma had opened about her relationship with Upen Patel. She had revealed the reason behind their break-up and had said:

“Sometimes there is no answer to what went wrong. Sometimes two wonderful people or good souls are not meant to be together. That’s what happened to us. Upen is a wonderful soul. We connected very strongly, but things didn’t move the way we wanted it to. It’s not that I don’t want to settle down or I am jumping from one relationship to another. We both wanted to settle down, but if we don’t see our future together then its better to part ways.” Karishma Tanna has always talked about her professional commitments and has maintained a safe distance from talking about her personal life in public. It was in 2019, during the shoot of Naagin 3 that she was rumoured to be dating her co-star, Pearl V Puri. The two had known each other for five years and it was said that while working together, the two had grown close to each other and had fallen in love. Their love-filled posts on social media for each other had also vouched for their blooming love.

On the occasion of Pearl's birthday on July 10, 2020, Karishma had shared pictures with him on her IG handle. She had tried to sum up her feelings for Pearl in a short yet meaningful message. She had written:

"Happy happy birthday @pearlvpuri Don’t know how to start, what to write. All I can say in few words is, You are truly a beautiful soul inside out. My Best friend, My father figure, My anchor. I am truly blessed to have a friend like you in my life. Happy birthday once again." 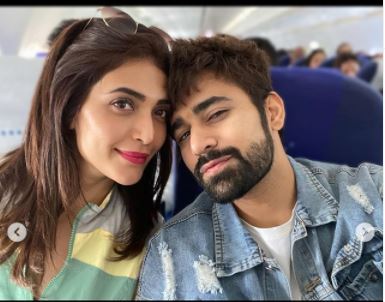 On December 21, 2019, on Karishma Tanna’s birthday, Pearl had also shared a series of pictures and had poured his heart out on his IG handle. He had talked about how it feels that they two know each other since childhood. His long note could be read as:

"It’s been more then 4 years but feels as if we know earth other since childhood. The way you understand me I don’t think anyone can understand me better. It’s in my nature to not pray to god and ask for something i always thank god for whatever he has given me but you are such a beautiful soul that whenever I pray I pray for your happiness and success. And will always thank god for making me meet a pure and loving soul like you. Many many many many happy returns of the day to you may god bless you with all the happiness and everything you want this year .lots of love and blessings @karishmaktanna you were and will always be very close to my heart. Happy birthday #hbdkt." 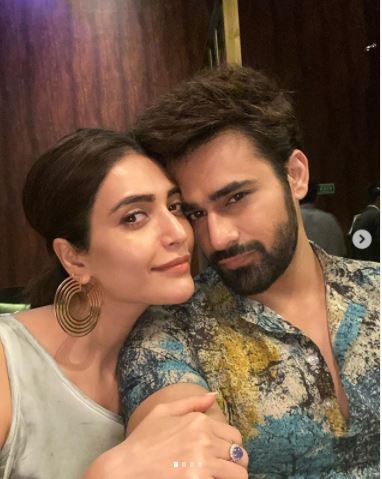 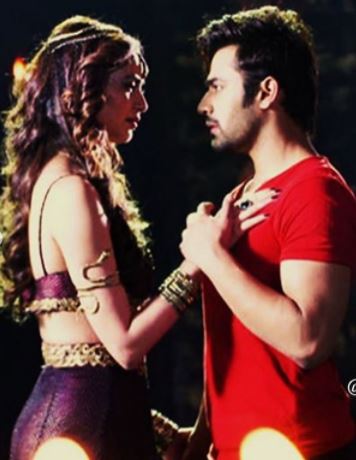 “Karishma and Pearl have been each other's emotional anchor in the last two years but they amicable decided to part ways two months ago. Apparently, Karishma wanted to get married soon but Pearl wasn't ready for it and the duo decided to end it, if there was no immediate future to be seen.” 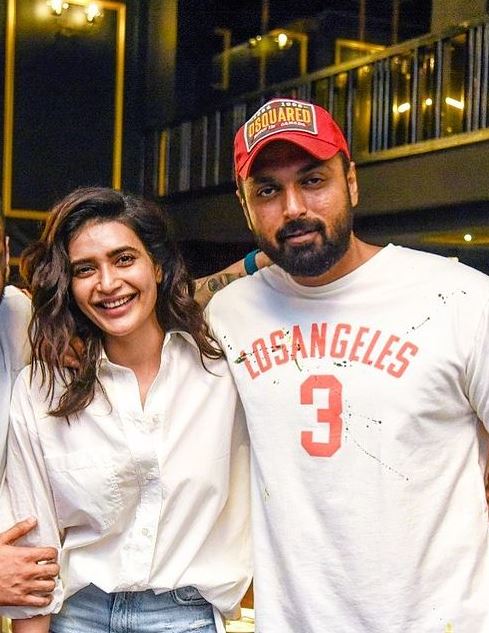 Karishma Tanna is reportedly getting married to Varun Bangera in 2022. According to a report in The Times Of India, Karishma had got engaged in a hush-hush ceremony with her long-time beau, Varun, who is a Mumbai-based real estate businessman.

On November 14, 2021, when reports of Karishma Tanna and Varun Bangera's engagement had flashed the headlines, their common friend, Suved had shared a cosy picture of the couple on his IG handle, confirming the same. In the picture, we could see the couple lost in each other’s eyes as they had snuggled together. Along with it, Suved had written:

"Two hearts one beat two bodies on soul. Congratulations to my man @varun_bangera and my KT.....the rumours should stop now." 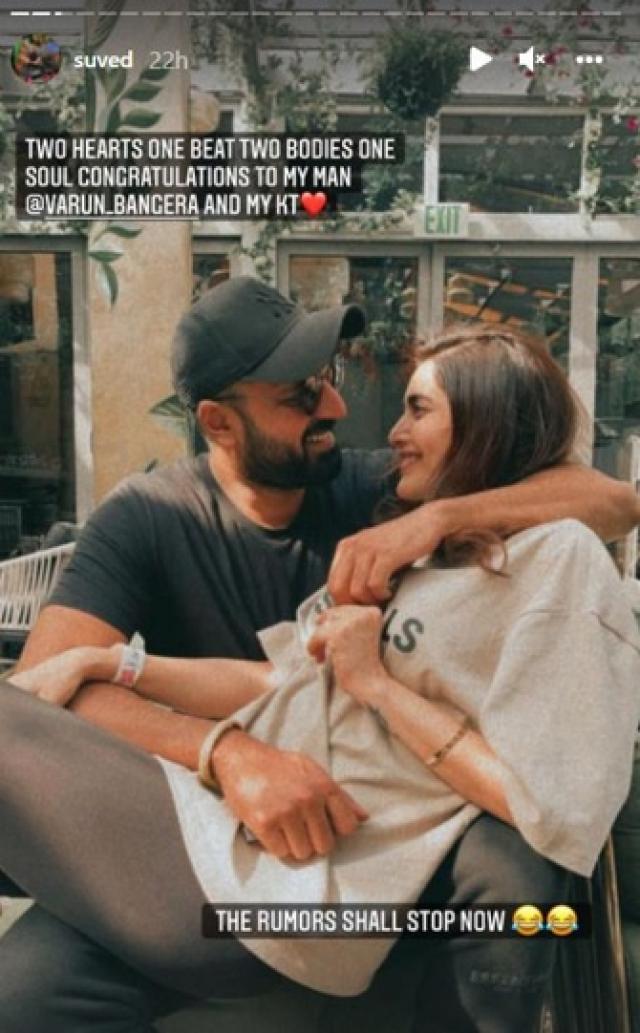 According to a report in ETimes, Karishma Tanna will tie the knot with her longtime boyfriend, Varun Bangera on February 5, 2022, in Mumbai. The report had also added that the pre-wedding rituals will start from February 4, 2022, with mehendi and sangeet functions, and haldi and shaadi on the following day. The couple will also host a reception party on February 6, 2022.

A source close to Karishma Tanna had talked about her wedding and had shared how the alleged soon-to-be-married couple had met. The source was quoted as saying:

“Karishma has been tight-lipped about her wedding details, she doesn’t want undue attention on her personal life. She wants it to be an all family and friends’ affair. The two met at a common friend’s party around a year-and-a-half ago. They hit it off instantly and have been dating since.”

Karishma Tanna on her wedding plans 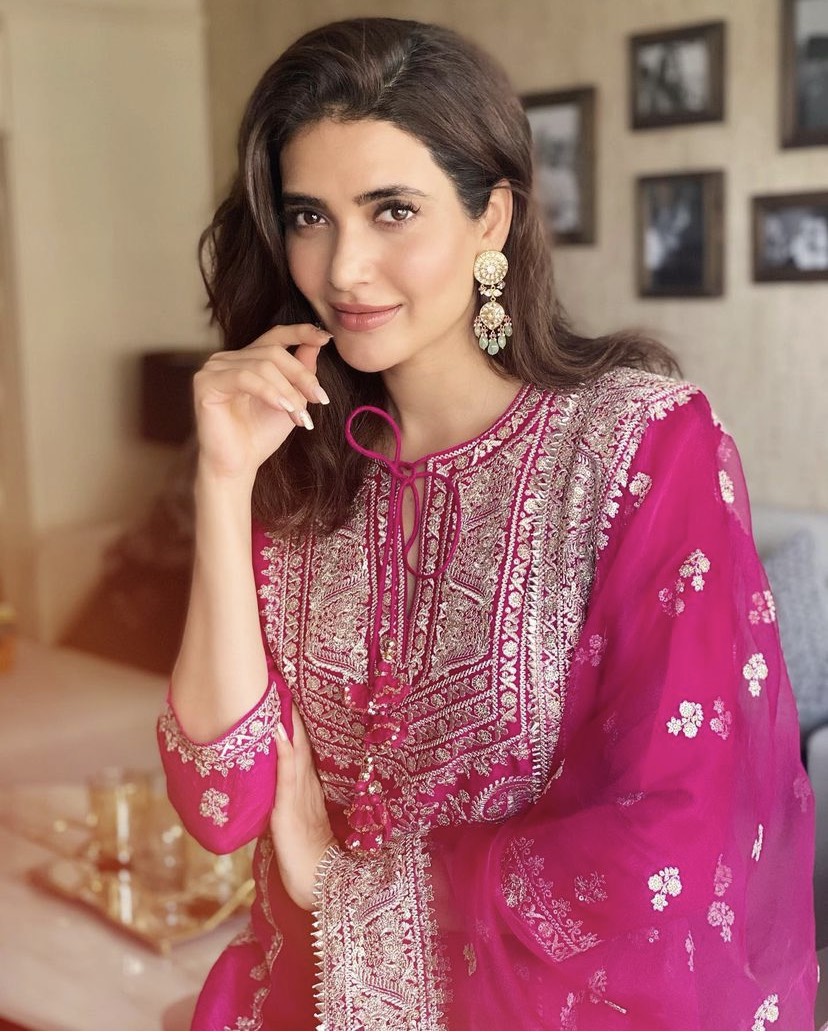 In a 2015 interview with the PTI, Karishma Tanna had revealed her thoughts on getting married. She had shared that she wants to concentrate on her career as marriage is not running anywhere. The actress had said:

"Right now, we are working very hard... Marriage is not running away. It is not the ultimate thing for us, it is not like marriage will define our relationship. We are in a committed relationship and in a happy space. Let's see what future holds for us... One also needs to find enough time to get married as it is not a single-day thing."

Well, now looks like the time has come for Karishma Tanna to focus not only on her career but also on her personal life. Just like her professional achievements, we wish Karishma’s personal life to see the peaks only.