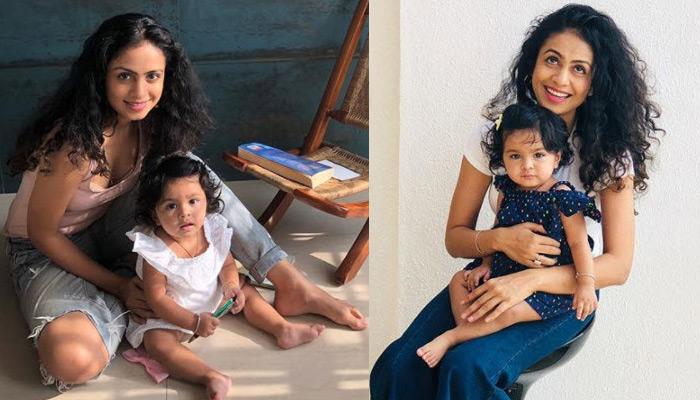 Sumit Sambhal Lega fame actress Manasi Parekh is on cloud nine these days. The reason behind it is that the actress (who is also a singer) is enjoying her motherhood to the fullest. Manasi who is married to famous Bollywood singer Parthiv Gohil welcomed their first baby in 2016. The couple was blessed with a baby girl, and named their little angel, Nirvi Gohil.

During her baby bump phase or now after having the little one around, Manasi has managed everything like a boss. And now, lately, she came live on Facebook and announced something interesting. Well, she revealed that she is all set to start an online chat show. The show where she will be talking about motherhood with all the working moms who balance both their professional and personal lives. 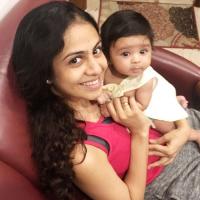 In a recent interview with a leading daily, Manasi revealed how blessed she feels after stepping into the motherhood phase. She was quoted a saying, "I enjoyed my pregnancy a lot and in fact, got a lot of creative ideas during that time. Motherhood has made my personality better, and that’s one of the reasons I am doing this show. I have worked on the concept [of the show], which will primarily be a conversation with celebrity moms and a sneak peek into their lives. I realised I wanted to start a conversation about modern motherhood and share the stories with mothers across the country."

She was also asked about the latest trend of people and celebs foraying into the digital space. The actress who herself likes it was found stating, "I like digital. It is uncomplicated, easy and helps us connect with the audiences, who don’t spend a lot of time on television. Through my show, I want to share stories of the journey that mothers undertake when they are pregnant, and show the whole aspect of giving birth and raising a life while working on your own goals and ambitions, which is a challenge for every mother in modern times." 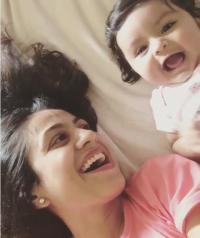 For the uninitiated ones, Manasi and Parthiv first met each other on the sets of SaReGaMa that got aired on Alpha Gujarati. While Parthiv was hosting the show, Manasi was one of the contestants. Both of them shared the same passion and that was music and singing. This was what clicked between the two and they fell for each other. Recalling their first impressions, in an interview with a leading daily, Parthiv was quoted as saying, “We first met on the sets of SaReGaMa on Alpha Gujarati. I was the host and she, a contestant. What really struck me was that despite her education at an English-medium school in Mumbai, she could sing traditional Gujarati songs quite effortlessly. She was true to her roots and, at the same time, extremely vivacious. Manasi is a perfect blend of tradition and modernity.” 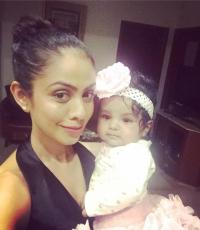 The lovebirds tied the knot in the year 2008 and it was a close-knit affair. In an interview earlier at the time they got married, Manasi talked about the change that marriage has brought in her life, “It may sound a little clichéd but living together 24 hours with someone is very different from dating the same guy. You have to be very strong-hearted to be able to deal with the challenges of marriage. I’ve learnt to overlook small and petty differences and just focus on the big picture because I have realised that after all, what matters the most is to be together, no matter what.”

Well, we wish all the happiness and luck for this cutesy family Manasi Parekh, Parthiv Gohil and their little one Nirvi Gohil. All the best Manasi or talk show!

NEXT READ: After Kareena, Is Bipasha Going To Become A Mommy? Checkout Bips Hiding The Bump In This Video 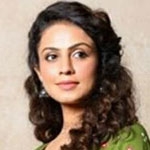