Amidst the wedding rumours of Malaika Arora and Arjun Kapoor, the former partied with her girl-squad including Kareena Kapoor Khan, at her sister, Amrita Arora Ladak's terrace.

What is that one thing that a bride-to-be craves for the most, just before her wedding? The fun night with her bridesmaids, of course! Soon she’ll become ‘Mrs’ and embark her journey of ‘happily ever after’ with the love of her life, and nothing would be complete without a perfect night with her veeres. A night where the bride-to-be and her bridesmaid will drink like a fish, dance the night away and some hearty, unfiltered talks. And what's a better end to the fun-filled girls’ night with a promise to be sisters before misters, come what may. (Also Read: Ranbir Kapoor And Alia Bhatt To Move-In Together? Lovebirds Spotted Exiting Interior Designing Firm)

From clubbing, partying, hanging out on lunch/dinner dates, celebrating birthdays/anniversaries, gyming together to never failing to impress their fans with the sartorial choices; Kareena Kapoor Khan, Karisma Kapoor, Malaika Arora and Amrita Arora Ladak are undoubtedly the most-talked-about hottest girls-squad of B-town. And this ‘girl gang’ came together again on April 18, 2019, for a summer night out-cum-pre-wedding celebration for the rumoured soon-to-be bride, Malaika. 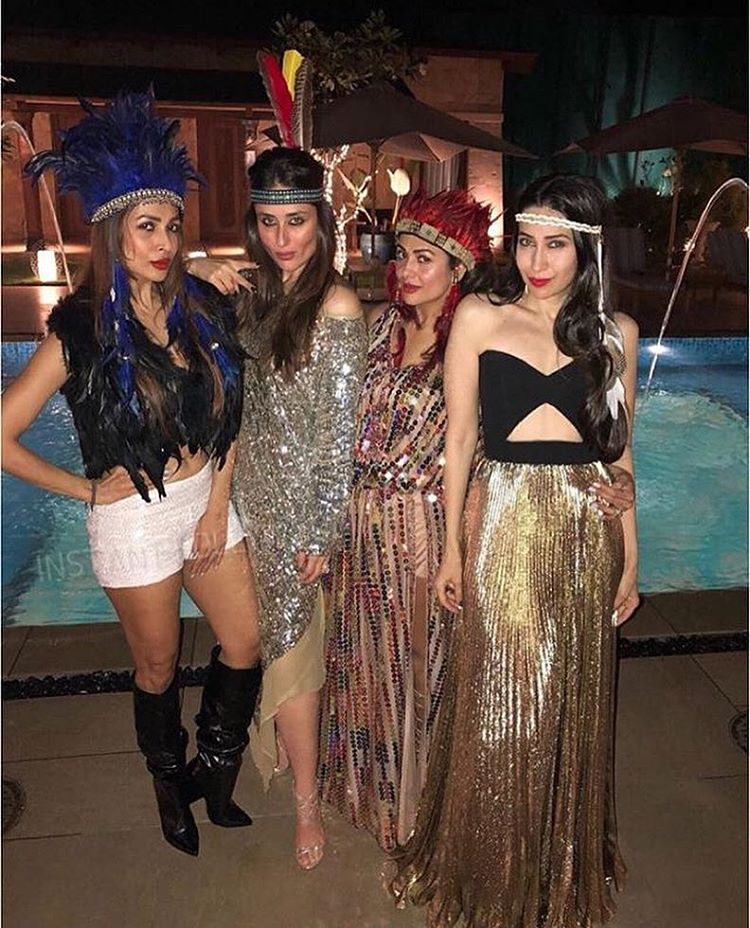 Amidst the wedding rumours of Malaika Arora and Arjun Kapoor, the former partied with her girl-squad at her sister, Amrita Arora Ladak’s terrace. Malaika and her BFF, Kareena set major twinning goals as they both opted for a denim-and-tee look. While Bebo looked stunning as ever in a pair of distressed denim and an Adidas tee, to-be bride Malaika had smartly put together her pair of flared denim and a Gucci halter neck. The ‘pre-wedding party’ was also attended by Vahbiz Mehta, Delnaz Daruwala and Mallika Bhat. Malaika captioned the pictures as, "Summer nights... terrace nights". 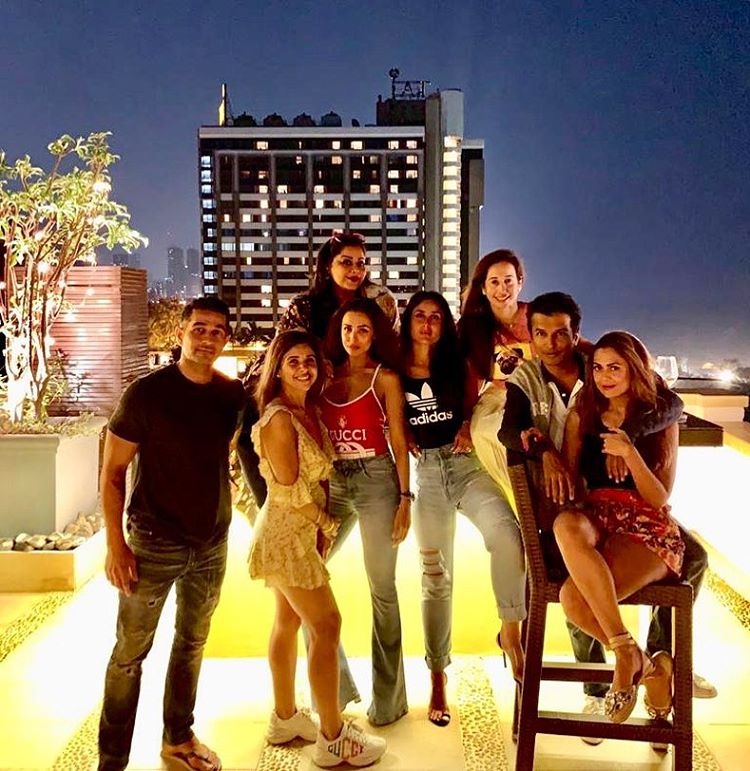 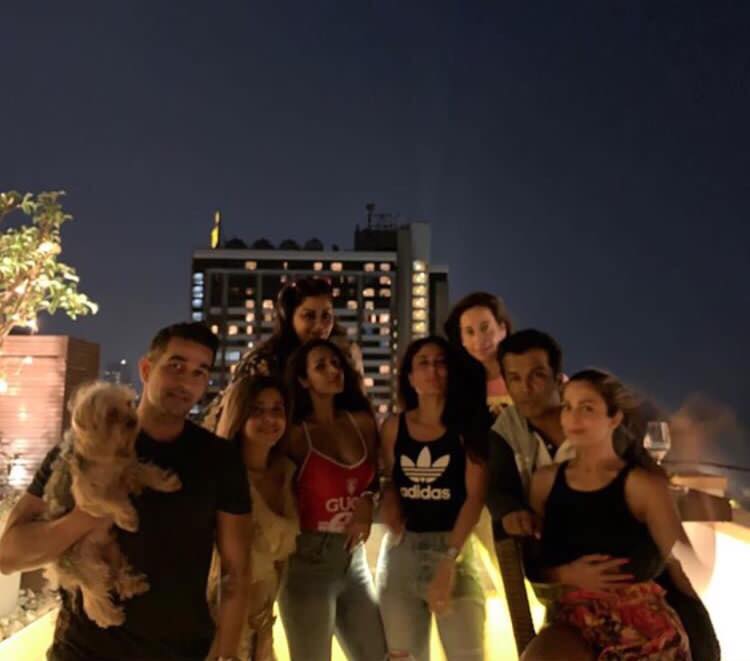 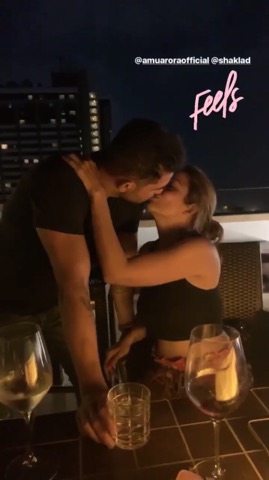 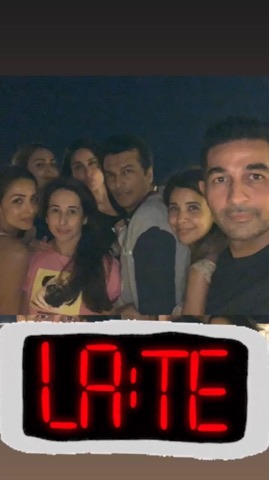 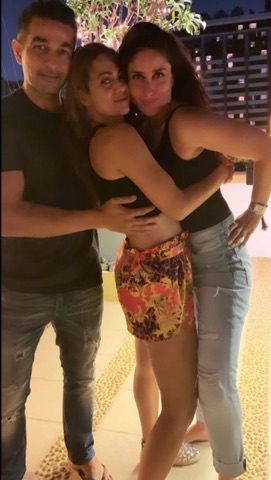 It feels like just yesterday when the news flashed headlines revealing Malaika Arora and Arjun Kapoor might be dating each other. And today, we can’t believe that the speculations of their wedding have been doing the rounds on media. As per the Pinkvilla report, Arjun and Malaika will exchange wedding vows someday between April 18-22, 2019, and their union will take place in Goa. 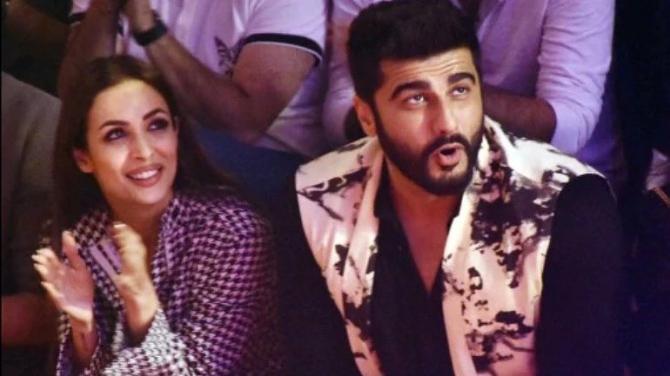 Though Malaika Arora and Arjun Kapoor have, time and again, denied their wedding conjectures, the reports don’t seem to fade away. When asked Malaika if she is getting married according to Hindu and Christian rituals in Goa this April, the 45-year-old star refuted the reports to the Bombay Times and had stated, “There is no truth to these silly speculations.” Arjun Kapoor’s father, Boney Kapoor too, had opened up about the wedding conjectures surrounding his son and in an interview with Amar Ujala, he was quoted as saying, "There's no truth to these rumours." (Also Read: Malaika Arora Cannot Keep Calm Seeing Boyfriend, Arjun Kapoor's Film 'India's Most Wanted' Teaser) 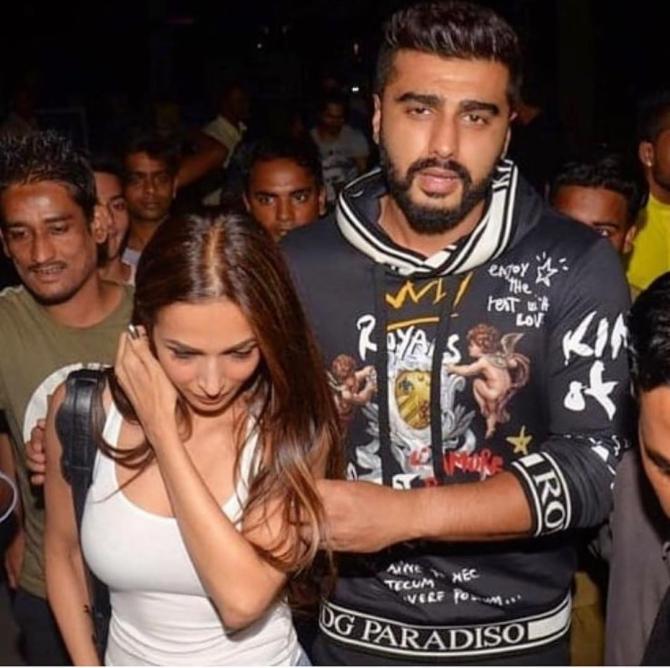 Even when Arjun Kapoor was asked about his rumoured impending wedding rumours, he had refuted the speculations. In an interaction with the IANS, Arjun had shared, “When there is something to talk about, you will all know. it's your choice how much you put out there or yourself and your availability. Today you have a lot of control over as to how much you want people to know about your life. Speculation and gossip is a part of it. I am not the first actor or the last. Our entire tribe is immune to it…Because it is the nature of the business.”

Malaika Arora and Arjun Kapoor were recently spotted by the shutterbugs outside the Lilavati Hospital and Research Centre, Mumbai. While initially, the very sight of the lovebirds had immediately sparked a rumoured pregnancy, but as per the latest reports, the duo had reportedly gone for a medical checkup right before their rumoured wedding, which many couples believe in doing as a healthy measure nowadays. The reports also suggested that Malaika and Arjun, instead of driving their car to the basement and making their visit a private one, had parked their vehicle right outside the hospital and walked all the way straight up in front of the media.

In an interview with Anupama Chopra on Film Companion, Malaika Arora reacted on her church wedding with Arjun Kapoor, and had said, "Oh God! No No. It's all media made. Media is responsible for it.” Speaking about giving love a second chance, Malaika had continued, "I guess everyone wants to move on and find love and companionship with people they can relate to. And if you do, I think you are just lucky. If you can do that, I think you are lucky to find that second chance at being happy.” (Also Read: Arjun Kapoor Wants To Be A Supportive Brother To Janhvi And Khushi, Reveals He Has No Regrets) 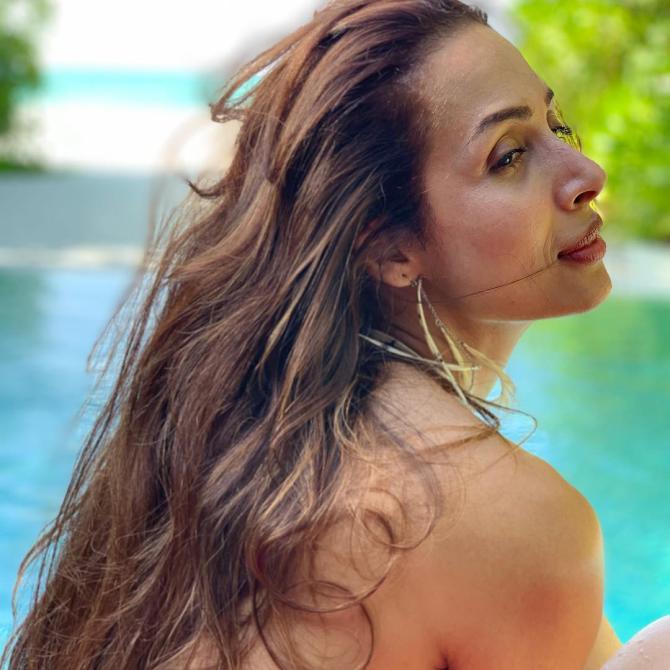 Guys, what do you think, will-they-or-won’t-they get married? Keep us posted!

She began her journey in the industry as a video jockey on MTV and was given prime slots for shows like Loveline and Style Check. Her famous hook-step of Gur Naal Ishq Mittha made the song even more Mittha and then came the song, which even today is on everyone’s favourite list, Chhaiya