Kareena Kapoor Khan had welcomed her second child on February 21, 2020. Now, 'nanu', Randhir Kapoor has shared if the parents have decided a name for the newborn yet!

Kareena Kapoor Khan and everything about her becomes a headline. She has millions of fans, who wait to spot her and get to know every detail about her. And when it comes to her pregnancy, her fans go berserk. Kareena Kapoor Khan and Saif Ali Khan had announced their second pregnancy in the month of August 2020 and February 2021 was the month to welcome their little wonder. After a long wait and after waiting for Kareena’s second baby every single day, it was on February 21, 2021, when the ‘good news’ had knocked on the Kapoor-Khan parivaar’s door! (Also Read: Aly Goni Shares A Happy Picture With His Girlfriend, Jasmin Bhasin, Talks About Winning Respect)

On February 21, 2021, Saif Ali Khan had confirmed the arrival of his and Kareena's second child and had said in a statement to the PTI, "We have been blessed with a baby boy. Mom and baby are safe and healthy. Thank you to our well-wishers for their love and support." It was on February 23, 2021, that the baby boy had finally gone to his home. Saif Ali Khan and Taimur Ali Khan were spotted outside the Breach Candy Hospital, where Kareena Kapoor Khan had delivered her second child. The fourth-time father, Saif and big brother, Taimur were seen taking the second-time mommy, Kareena Kapoor Khan home with the newborn baby. The paps had also got hold of Kareena's newborn baby's first glimpse as his face was covered with a cloth to maintain his privacy.

Now, the baby boy is home and we are waiting for the parents to give glimpses of the newborn. Kareena and Saif's fans are eager to know the details about the baby boy and what they have named their second son. Well, after Taimur Ali Khan's name fiasco in 2016, when he was born, the star parents have decided to take their time before naming their son. In a conversation with Mid-Day, nanu, Randhir Kapoor revealed if the star parents have decided any name for their newborn yet. He said, "It's too early. We haven't decided the baby's name yet." 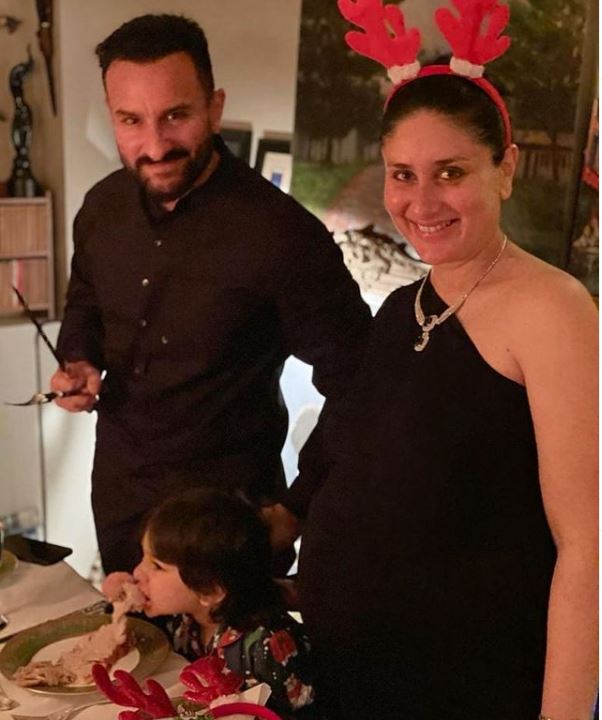 Kareena Kapoor Khan's house has become a happy place for everyone after the birth of her second child and her relatives and friends are eager to meet her newborn. Kareena's BFF, Malaika Arora and her beau, Arjun Kapoor were spotted late at night on February 23, 2021, visiting her house to meet the second-time mommy and her newborn. Her sister, Karisma Kapoor was also spotted visiting her nephew. Bua, Soha Ali Khan and uncle, Kunal Kemmu were also spotted visiting the new mommy and her newborn!

When Kareena was blessed with her second baby, second-time maasi, Karisma Kapoor had also expressed her excitement and had posted a throwback picture when her sister, Kareena was a newborn. Karisma had captioned her post as “That’s my sis when she was a new born and now she’s a mama once again!! And I’m a masi again so excited #goodwishes #congratulations #onlylove.” (Must Read: Bipasha Basu And Karan Singh Grover's Luxurious Home In Bandra Has A Garden To A Painting Studio) After Kareena had welcomed a new life into this world, her firstborn, Taimur was spotted outside the hospital as he had gone to meet his newborn baby brother and mommy, Kareena. In the pictures, Taimur was seen donning a green-coloured cartoon mask and was wearing a casual black t-shirt with a pair of blue jeans. In an interview with the Times Of India, Taimur Ali Khan's nanu, Randhir Kapoor had revealed his reaction to becoming a big brother. He had also mentioned that even Saif is quite excited about embracing fatherhood once again and had said, "Oh! He's delighted. He is very happy about having a little brother. In fact, even Saif is excited. He is very happy, so is my daughter, and I just bless them all from the core of my heart."

When Randhir Kapoor was asked if Kareena Kapoor Khan and Saif Ali Khan’s newborn son resembles his amma or abba, the elated nanu had revealed that the newborn baby looks like his brother. He had retorted, "Mujhe toh saare bachche ek jaise lagte hain." When prodded further, had continued, "Well, they were all saying there that he looks like his elder brother Taimur." Revealing if Taimur Ali Khan danced on the arrival of his younger sibling, Randhir had added, "He's too young to do so much." He also revealed that Kareena had a C-section delivery. (Recommended Read: Alia Bhatt And Ranbir Kapoor Wedding Preparations Begin? Neetu And Riddhima Visit Manish Malhotra) 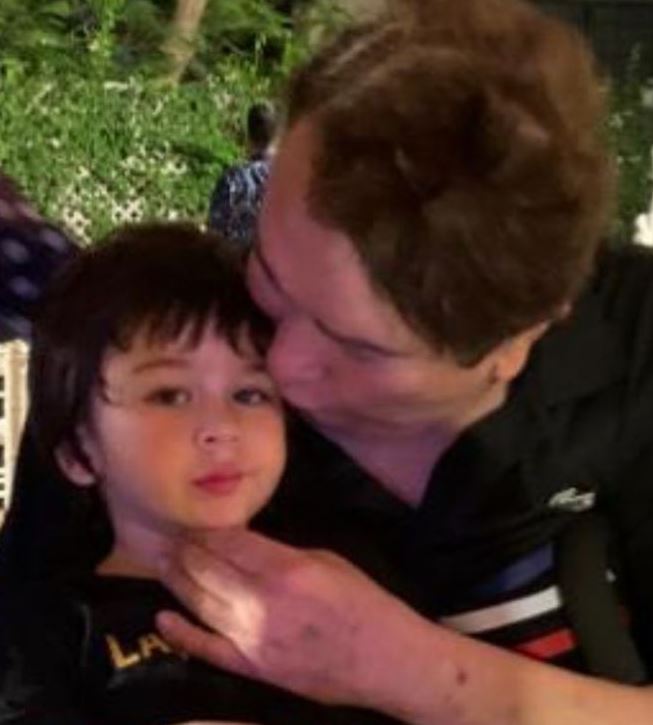 We are waiting for the day when Kareena will share glimpses of her baby boy!