Sanjay Dutt's daughter, Trishala Dutt shares a beautiful relationship with her step-mom, Maanyata Dutt. Recently she shared a beautiful picture and Maanyata wast the first one to comment.

Bollywood actor, Sanjay Dutt has enjoyed superstardom but he also had a dark past. While his late father, Sunil Dutt was his greatest strength, he had a rollercoaster relationship with him. But he is making sure that his children Trishala Dutt (daughter from his first wife, Richa Sharma) Iqra and Shahran. He is extremely proud of his kids and always look forward to spending time with them. The actor, who once had a shady image, has turned into a complete family man and all the credit goes to his wife, Maanyata Dutt. (Recommend Read: Karan Johar Fulfills His Late Father, Yash Johar's Dream By Winning The Prestigious Padma Shri Award)

Maanyata Dutt shares a beautiful bond with her step-daughter, Trishala Dutt. The two are extremely fond of each other and never miss a chance to express their love. Trishala had once shared a happy picture with Maanyata on her Instagram handle. Alongside it, she had written, "Lionesses throw the best parties! A beautiful evening with the family." Not just that, they often indulge in social media PDAs by posting cute comments on each other's pictures. 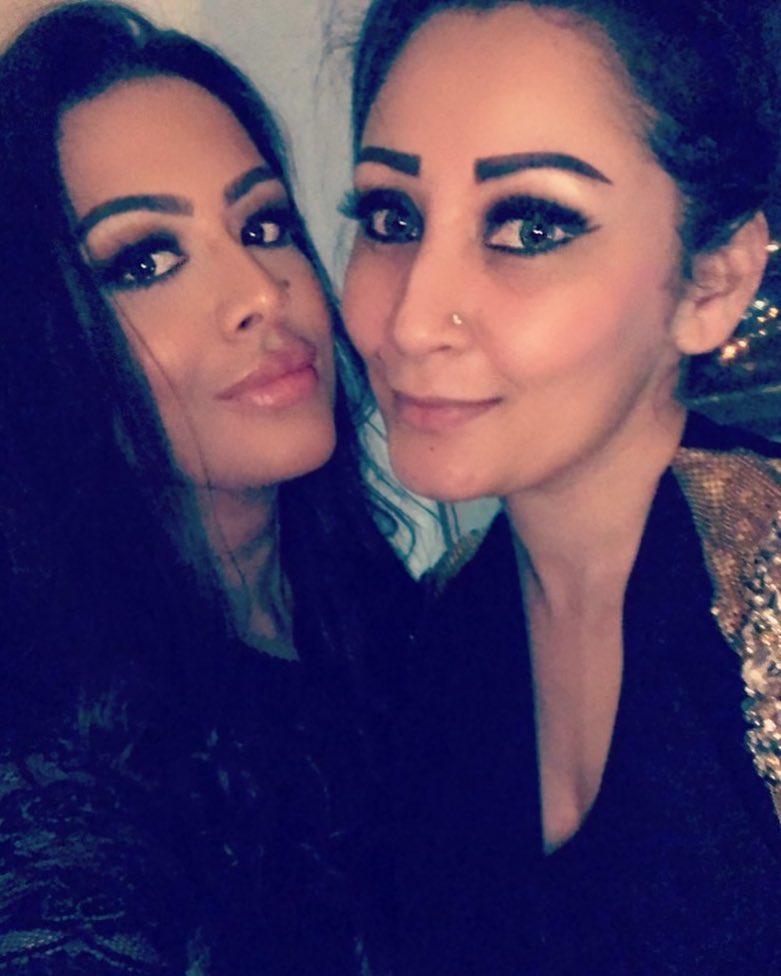 On January 29, 2020, Trishala took to her Instagram handle and shared a gorgeous picture of herself. In the picture, we can see her dolled up in a white sweater and accessorised it with a long silver chain. Her look was completed with a Rapunzel style braid. Along with it, she posted a heart emoji as a caption. Maanayata was the first one to comment on her picture as she wrote, "Lovely", with a heart emoji. Take a look at it below: 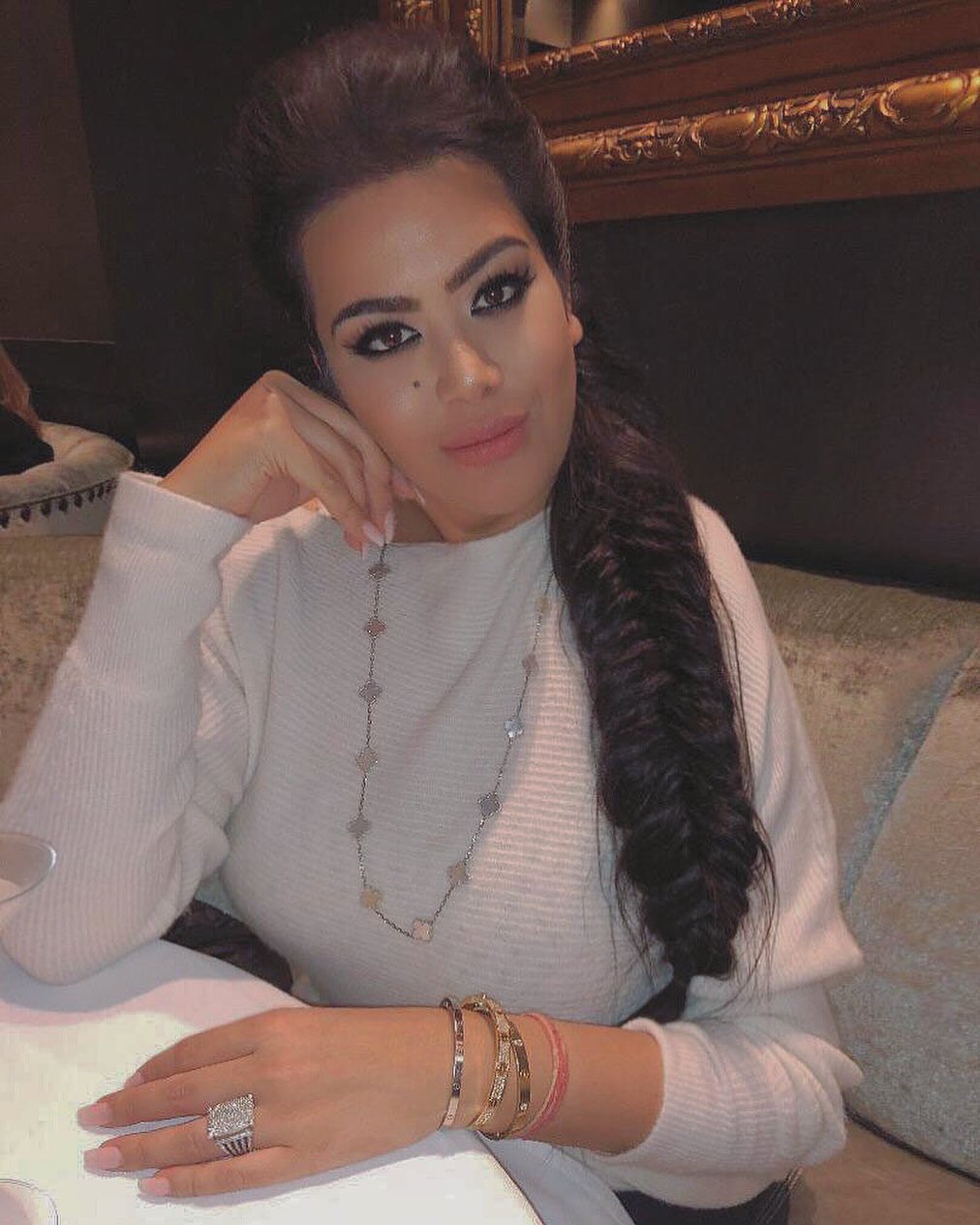 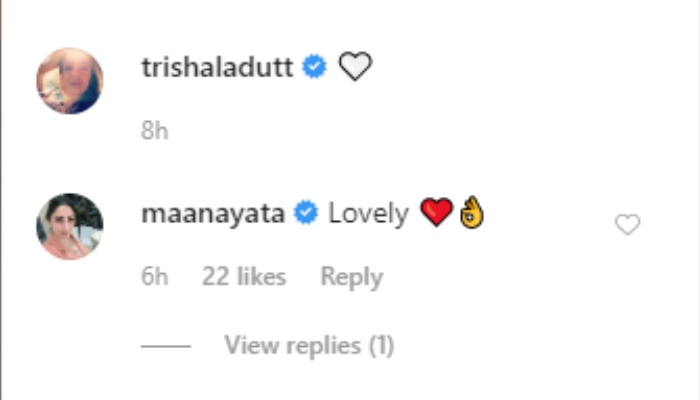 Trishala Dutt, who resides in the United States, was once an active blogger and in the year 2013, she had shared a beautiful post on her blog, wherein she had talked her heart out. In a long blog post, Trishala had talked about the difficult time when her father was sentenced to jail for 3 years. She had written, "I've become an elder sister to my twin siblings, Iqra & Sharaan. It's up to me to be strong for them and set a good example for them being the eldest daughter of the house. There's no such thing as having an "emotional breakdown" anymore. I love my father to death and I will always be his blood, his firstborn, his everything. I'm just sick of people making stupid assumptions as to why I wasn't there in India by his side during the time of judgment, why I'm silent, why am I posting pictures on Instagram acting all happy and all that other bullSh*t." (Also Read: Himanshi Khurana Reveals The Reason Behind Ending 9 Year Old Relationship With Beau, Chow To Asim) 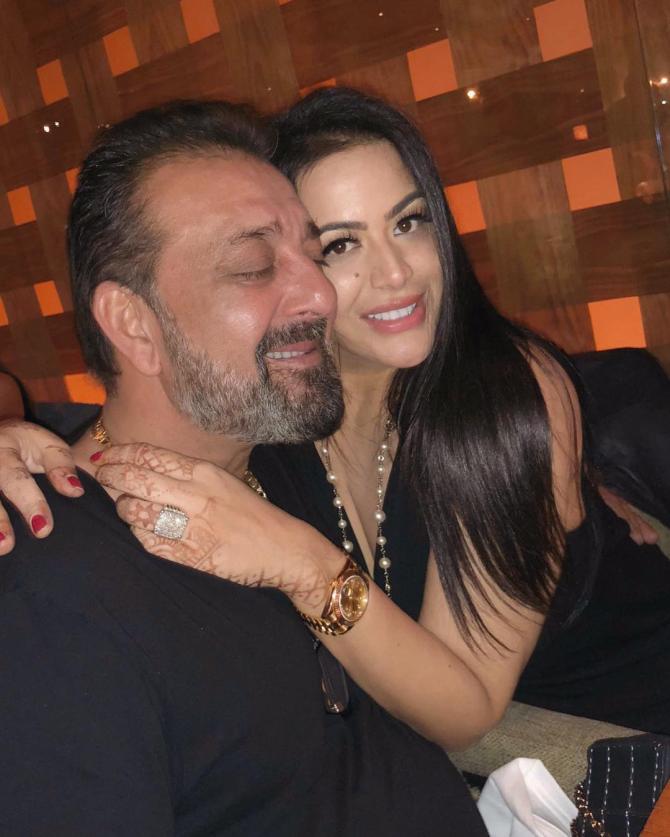 Trishala had further shared why she wasn't in India by her father's side, "I'm SICK of half of you asking me why haven't I come to India yet. Did it ever occur to some of your "curious" minds that maybe my father told me NOT to come?? My family is going through an extremely difficult time right now and I haven't been seen in Mumbai since January 2007. There was so much media when I came there at that time, I didn't want to create such a drama especially at this time." Once in a media interaction, Maanyata had talked about Trishala and had shared, "That is my journey which I have decided from Manya Aunty to mother. 12 years ago I was a recognition aunt for Trishala, but today I am a mother. I am proud of her. She always messages me. We are constantly in touch. I am very happy with my bonding." 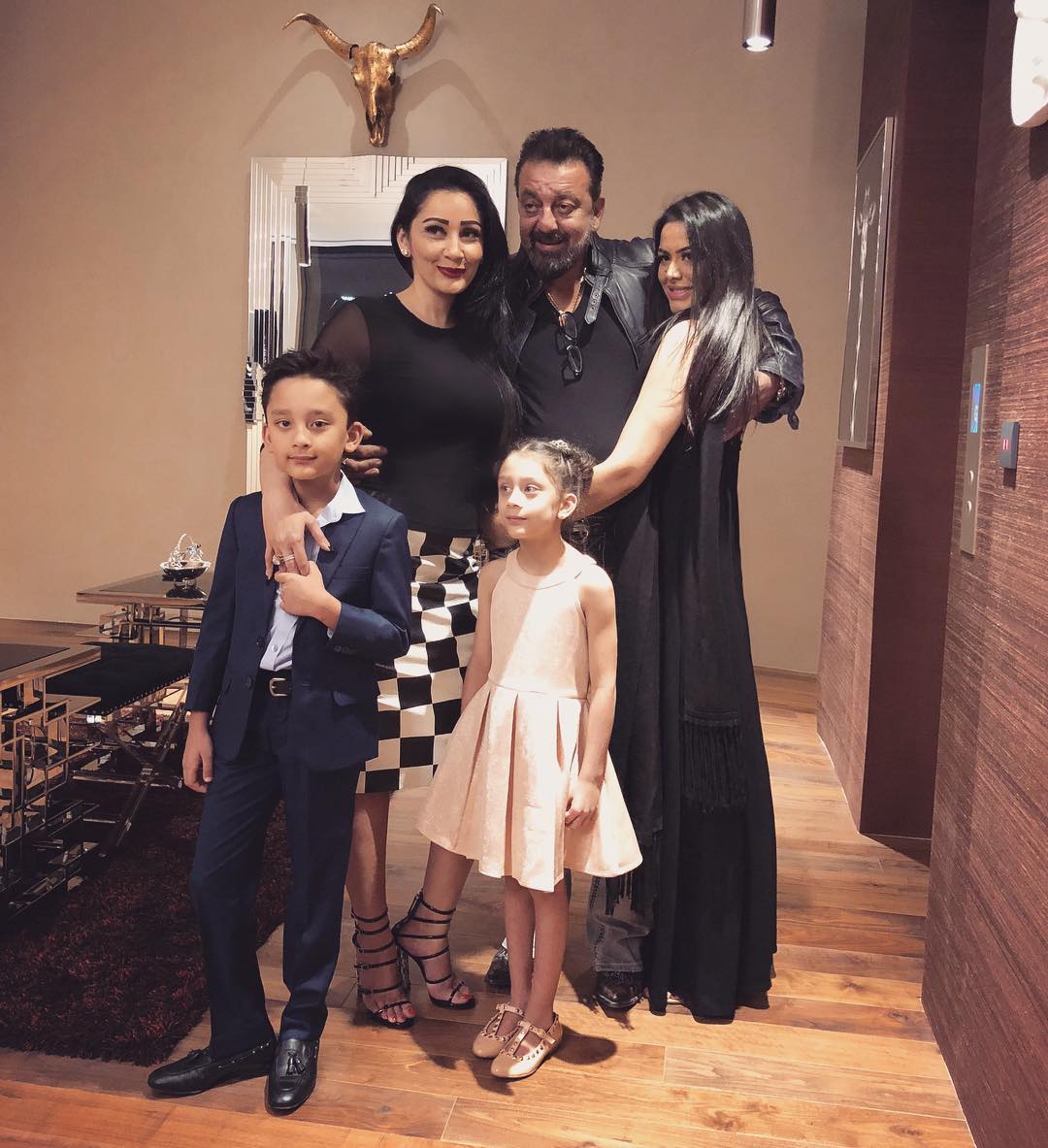 In an interview with the Hindustan Times, Trishala had  talked about the challenges she faced growing up without parents, and had said, "I faced a lot of challenges growing up and till today I face new challenges every day but I always find a way to fix them. Unlike other starkids I don't have the luxury to have mommy and daddy help with things. I don't have the luxury of a father to "make a phonecall" or "pull a favour" for me as the others do. It's hard with no help and you have to do everything on your own. Then I look at someone like Shah Rukh Khan who did everything on his own with no parents in the industry, no friends, no connections, no nothing. He had a drive for success and he had talent. If he can do it, so can I. Anyone can do anything if they put their mind to it." (Don't Miss: Maniesh Paul Pens His Journey With Highschool Sweetheart And Wife, Sanyukta Paul On 13th Anniversary)

Well, we totally loved Trishala's gorgeous picture! What about you?