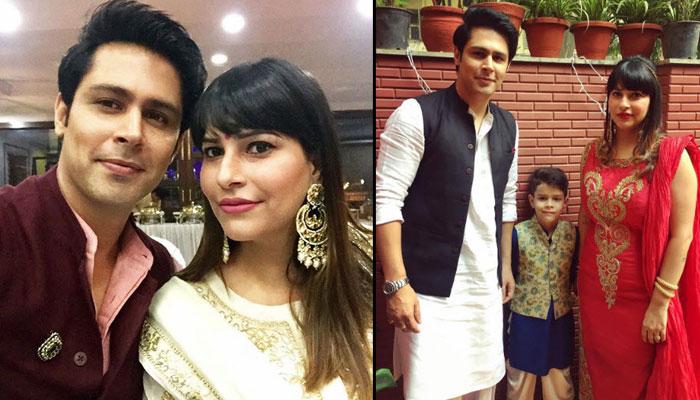 Love means different things for different people. For some, it is the constant urge to be with their loved one. For others it is the feeling of being safe and secure when they are with their better halves, and the list goes on and on.

But, there is one emotion that sums up love really well. And that is, friendship. As the infamous line from the iconic movie Kuch Kuch Hota Hai goes, “Pyaar dosti hai”. Nothing describes love better than the word- friendship. And, this is exactly what is the basis of the beautiful love story of Main Lakshmi Tere Angan Ki fame Ssudeep Sahir, and his gorgeous wife, Anantica, who is a writer.

They met, became friends, fell in love and their love story has been a fairytale ever since. Ssudeep and Anantica recently recounted their journey of 11 years to a leading online forum. And boy, did it give us the feels! So without wasting any more time, let us take you through the lovely journey of this beautiful couple.

Ssudeep was auditioning for some advertisements during the years 2002-03. The auditions were held in Mahalaxmi, Mumbai. So, after his audition was done, he used to go to a place called ‘Just Around The Corner’ for lunch. That is where he was first introduced to Avantica by a mutual friend. When they met, it was like something had clicked. Without even realising, the two kept talking for straight 45 minutes. In fact, they did not even get to know when the person who had introduced them, stopped talking and left.

This is when it hit them that there was definitely a spark between them. They exchanged phone numbers, and after that they never looked back. The very next day, they spoke on the phone from 9 in the night to 5 in the morning! So, a spark was flying between them.

Anantica had an interesting anecdote to share about their initial days of friendship:

“I remember, once we had gone clubbing with our individual group of friends. We happened to meet each other just outside the club. I and Ssudeep kept talking in the parking lot, while all other friends went inside and had a fun night. Even when they came out, we were standing right there, talking.”

“Yeah, from 9 p.m. to 1:30 a.m. we were standing in the parking lot, aur hum bas gappe maarte rahe. From then on, we got an idea that we should hang out more often and we should meet regularly. Once we started meeting a lot, we realised that this is perfect.”

They met and talked so much, that they never understood when love happened. It was just a free-flowing process that went from friendship to love. Ssudeep shared a very interesting thing about their relationship:

“The best thing was that I never proposed to her. While dropping her home one day, I just told her, ‘theek hai na’. When she asked what that meant, I just said ‘bas theek hai’ and dropped her. After that, I told her friend that we were seeing each other.”

Funny, right? But cute at the same time. The friend Ssudeep talked to, happened to call Anantica and ask her about it. Anantica was shell shocked and replied in negative. Then she called Ssudeep and asked him why he had told her friend that they were seeing each other. Ssudeep told her that he assumed that they were dating each other and it was obvious. And just like that, they started dating.

Sometime after they started dating, Anantica got into the University of Southampton. Ssudeep was really heartbroken because she had decided to go. When Ssudeep asked her about what would happen to the relationship, she said:

Yes, she actually said that! Little did they know that during that time they would be away, their love would become stronger with each passing day. They felt more connected than ever. Anantica fondly remembers:

“It is odd but it was being away that brought us closer.”

Anantica was in London for almost a year, and out of that, they met at least 5 times. Ssudeep even went to London to meet her, but nobody knew about it. They stayed connected through phone calls. Here is what Ssudeep had to say about it:

“My phone bills were approximately 2 lacs in those days because the only way you could communicate was through phone calls. There was no Skype or any other such medium, and calling was very expensive.”

After Anantica came back, they decided to tell their parents. Anantica’s mother and brother already knew about the two and were very comfortable around Ssudeep. He told his parents about Anantica and also told them that he wanted to marry her. They came down from Delhi (Ssudeep’s hometown) to meet her. They really liked her and then the two families met.

After the two families met, a small roka ceremony happened and the date for the wedding was decided. Anantica jovially quips:

“Just like our relationship started with an assumption on Ssudeep’s part, our marriage happened without a proposal too! Bas assumption pe ho gaya!”

Ssudeep retorted that he had proposed her on her birthday after they had a fancy dinner. He even went down on his knees. Anantica then revealed the full details of the proposal as she laughed and said:

“It was the funniest proposal ever. Firstly, it happened after our roka. I did not even have a choice to say ‘no’. Humari shaadi ke card chhap rahe the.”

Now this is actually funny! Again, just another proof of how comfortable they were as partners. They did not really care about clichés much. That is what love is all about, right?

The cutie patooties got married a year later, on April 29, 2006. When asked if he was well-settled at the time of his wedding, He said:

“I was doing some shows, ads, etc. I would not say I was well-settled, but I was doing fine.”

Anantica, being the adorable wifey that she is, quickly said:

“The decision to get married was not based on settled or not settled. There is a different level of compatibility between us. We can read each other’s minds really well.”

That is true love, my dear. That is exactly what it is all about.

Their marriage was certainly one that was made in heaven, and we have proof of it. Their family backgrounds were matching too. Their grandfathers knew each other and used to recite poetries together. Anantica and Ssudeep got to know of this later, when they saw some photos. Anantica says about this:

“It was more of a karmic connection. It was meant to be.”

The couple was blessed with a baby boy in August 2010. The proud parents named their son Arwaan, which means brave in Persian. There is an interesting story behind his birth. The couple was watching Once Upon A Time In Mumbai, when Anantica had to be rushed to the hospital, so to this day, they make it a point to watch the same film together whenever they get time.

The cuties say that after the birth of their son, life has been just perfect. Life is beautiful and blessed for this good-looking duo. They also believe that it doesn’t feel like so much time has passed since they met and fell in love. The memories are as fresh as yesterday.

On being quizzed about whether she gets insecure about Ssudeep’s romantic roles on-screen, Anantica swiftly replied:

“What is there to feel insecure about? It is his job. And moreover, whenever he shoots a romantic scene he makes it a point to come home and overcompensate for it.”

Ssudeep praises his loving wife with these beautiful words:

“She has been very supportive. In fact, she tells me to take up romantic roles because that is what does well with the audiences. She has been my pillar of strength through all the ups and downs, work, no work, everything.”

He further expresses his love and awe for his wife by saying:

“I have never met someone as pure as Anantica. She never thinks wrong of anybody. She’s really angel-like. She manages everything, she takes care of everything. When she goes to her mother’s house, I have no idea about what to do!”

The wifey dearest is quick to praise her hubby darling after that. Here is what she said:

“Ssudeep is the most patient person. I lack patience very quickly, but he is always cool and calm. Secondly, he’s a very good cook. He makes amazing food. Thirdly, He is not at all lazy.”

This is just so heart-warming!

The secret to their happy marriage is the level of comfort that these two share with each other, and the fact that they are buddies before being husband and wife. The two lovebirds, who are touchwood still very much in love even after so many years of their marriage, share:

“Even after so many years of marriage, we love spending time with each other. We love chilling together, watching movies, etc. We cannot even think about going out without each other. The concept of going out alone is beyond our understanding. We do not need anyone else, that’s the thing.”

Recommended Read: 11 Real Life TV Couples Who Have A Steady Relationship Even After Many Years Of Being Together

They are one such couple, who have given us immense relationship goals, without coming in the limelight much. They are a sweet, happy family, who share an amazing bond and a lot of love. May their bond just grow stronger with each passing day. 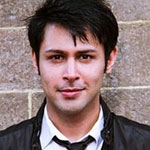