Rishi Kapoor and Neetu Kapoor had one of the greatest love stories. We recently stumbled upon some love-filled pictures and it had reminded us of the love the duo had for each other.

When they did Khullam Khulla Pyaar, everyone called them Zinda Dil! Rishi Kapoor and Neetu Kapoor had one of the most iconic love stories, which was no less than a Bollywood movie. The chocolate boy, Rishi Kapoor had made his sensational debut with the film, Bobby and had become a star overnight. It is also said that Rishi ji’s charm was such that he used to get love letters written with blood. But the handsome hunk was bowled over by the beautiful actress, Neetu Singh. (Also Read: Shah Rukh Khan's Reply When Asked If Wife, Gauri Walks In On Him Shooting Romantic Scenes Is Witty)

When Neetu Kapoor had started dating Rishi Kapoor, she was just 14 and he was an established actor. It was never love at first sight for the couple, as Rishi ji would often irritate Neetu ji with his silly pranks but in a true filmy style, she had fallen for the one, who irritated her the most. They were first seen together in the movie, Zehreela Insaan in 1974. Their amazing chemistry and blossoming love was always visible in the movies they had done together. Their on-screen chemistry was a result of the off-screen love they had for one another. 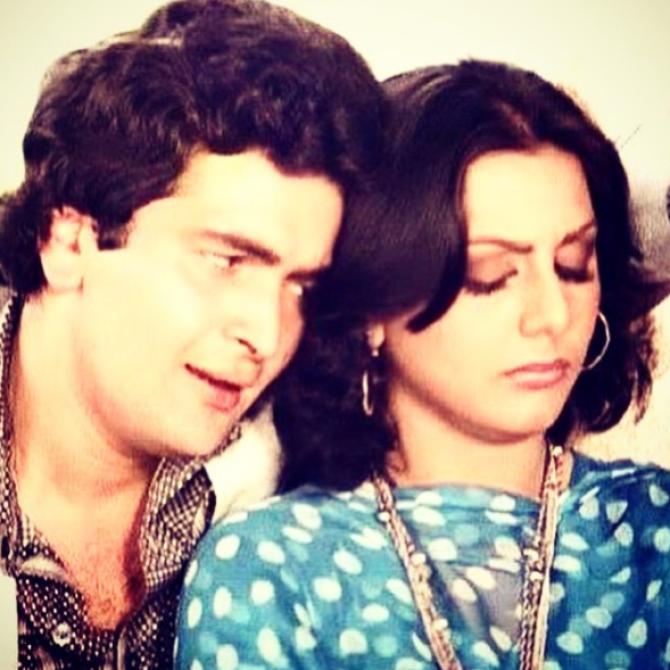 From winning over his lady’s love to asking his mother-in-law to stay with them after marriage, the lovely couple had fought all the odds to be with each other. We have recently stumbled upon some adorable love-filled pictures of Rishi Kapoor and Neetu Kapoor. In the pictures, the madly-in-love couple had looked like a match-made-in-heaven and one glimpse at them will make you fall in love. 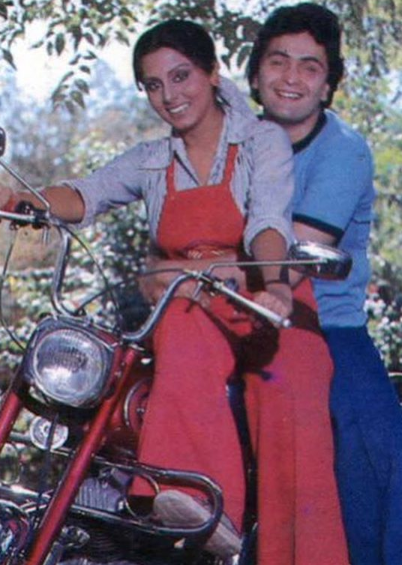 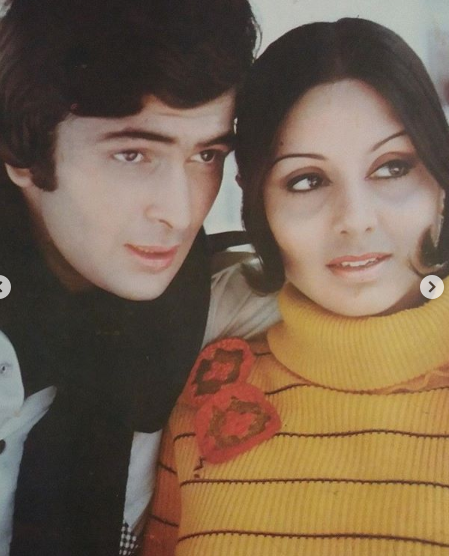 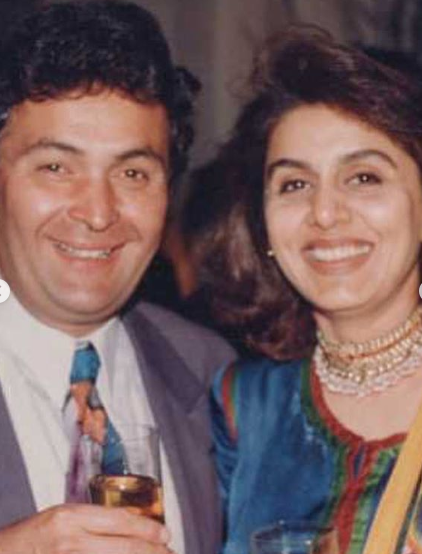 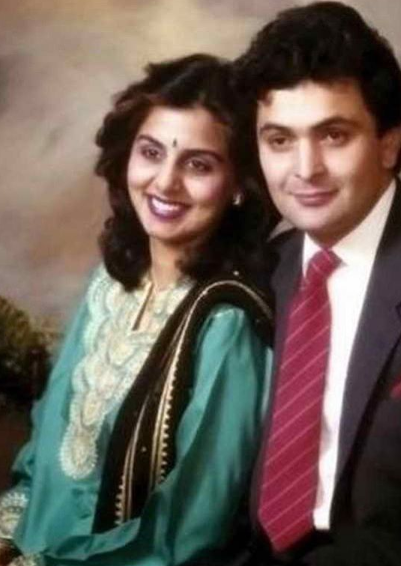 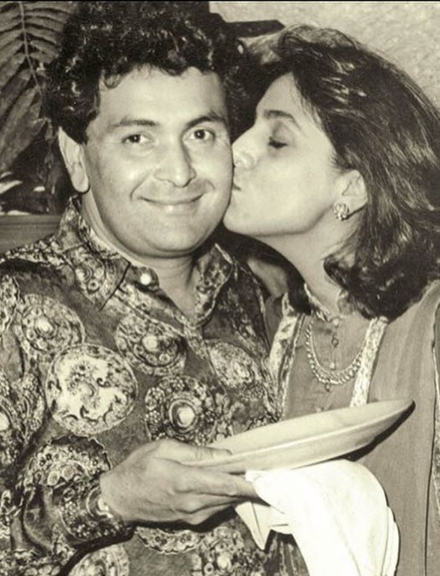 Rishi Kapoor and Neetu Kapoor’s 38 years of marital bliss has made us believe that true love still exists. Like any other husband and wife, the couple had their own share of ups and downs in their marriage. In an interview with The Times Of India, Neetu Kapoor had stated, “There always comes a phase in a couple’s life when there would be friction, disagreements. Rishi and I also went through that stage. It was just one of those problems, which only the husband and wife would understand. Fortunately, we were able to sort out our differences. Today, everything is forgotten.” (Also Read: Dilip Kumar's Rare Picture With Mother-In-Law, Naseem Banu And Wife, Saira Banu Is About Family Love) 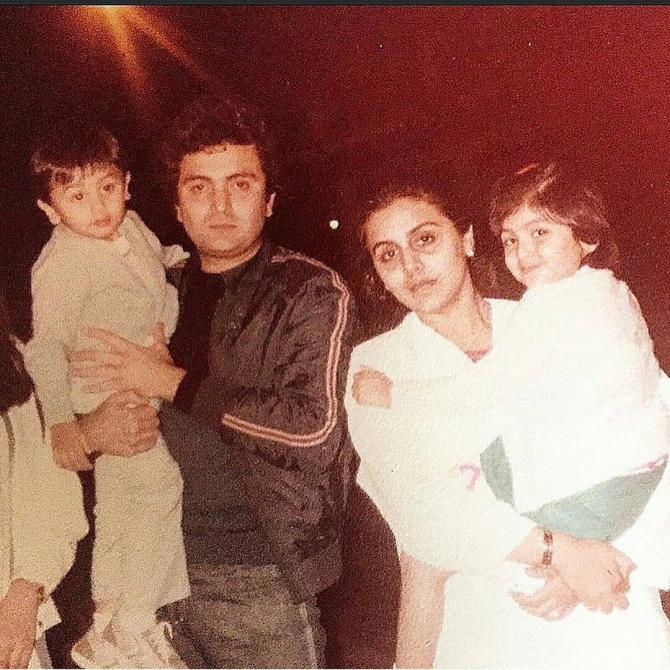 In 2018, Rishi Kapoor had taken a break from work and had gone to America for his cancer treatment. His wife had been there throughout his difficult phase and had stood like a pillar of strength to him. In an interview with the Times Now, Neetu ji had recalled how she had dealt with the news of Rishi ji's cancer. She had revealed that she and her kids, Riddhima Kapoor Sahni and Ranbir Kapoor were devastated. They didn’t know how to deal with the situation and Rishi ji couldn’t take the news and had gone for a complete denial. 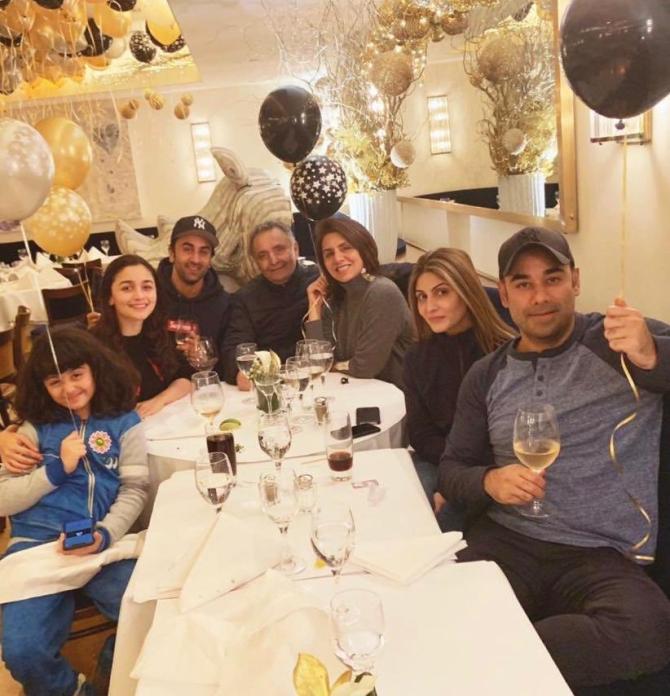 In an interaction with the Mid-Day, Rishi ji had shared how Neetu ji had proved to be his rock during the cancer treatment in New York. Rishi Kapoor had retorted, “I have learnt to remain calm with my family and fans. I owe it to them; they have given me so much love and sent good wishes. Neetu has been my rock and has shouldered all the responsibilities. So, has been my family, who would drop in to give me the strength to battle my illness.” On April 30, 2020, the nation had woken up to the most terrible news of losing one of its rarest gems. Rishi Kapoor had bid adieu to everyone, who had loved him immensely and had left for his heavenly abode. The 67-year-old actor, who was fighting from cancer for two years, had finally freed himself from all the pains leaving his family and fans grief-stricken. 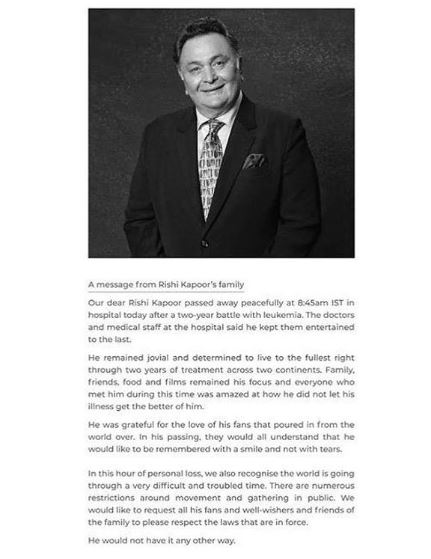 On May 2, 2020, Neetu Kapoor had shared an emotional farewell post for her late husband. She had taken to her Instagram handle and had shared a picture of Rishi ji with a drink in his hand, posing for the camera with his enchanting smile. She had captioned the picture as “End of our story.” (Also Read: Twice Married, Thrice In Love: Anurag Kashyap Says, Even At 90, I'll Be In Love)