From being born as Tanuja Lokhande to hating her ex-boyfriend, late Sushant Singh Rajput before going into a relationship with him, here are some facts about Ankita Lokhande you weren't aware of.

Ankita Lokhande is one of the few small screen divas, who had become a household name by playing the role of 'Archana' in the television show, Pavitra Rishta. However, did you know that this was not going to be her debut project? As the actress turned 37 today, let's take you through some such facts that you are not aware of. Whether it is about her personal life or her professional one, we have got you all covered!

Born on December 19, 1984, in a Marathi family of Indore, Ankita Lokhande was destined to be an actress. She had moved out of her home in 2005 to pursue a career in acting. While she has been at her charming best all these years, this gorgeousness had garnered a lot of attention for her wedding with long-time beau, Vicky Jain. Though we all had witnessed her lavish wedding with her beau, there are a few chapters of her life that we are going to unravel for you today.

Ankita Lokhande REVEALS Truth Behind Her Break-Up With Sushant Singh Rajput, Says She Wanted To Die 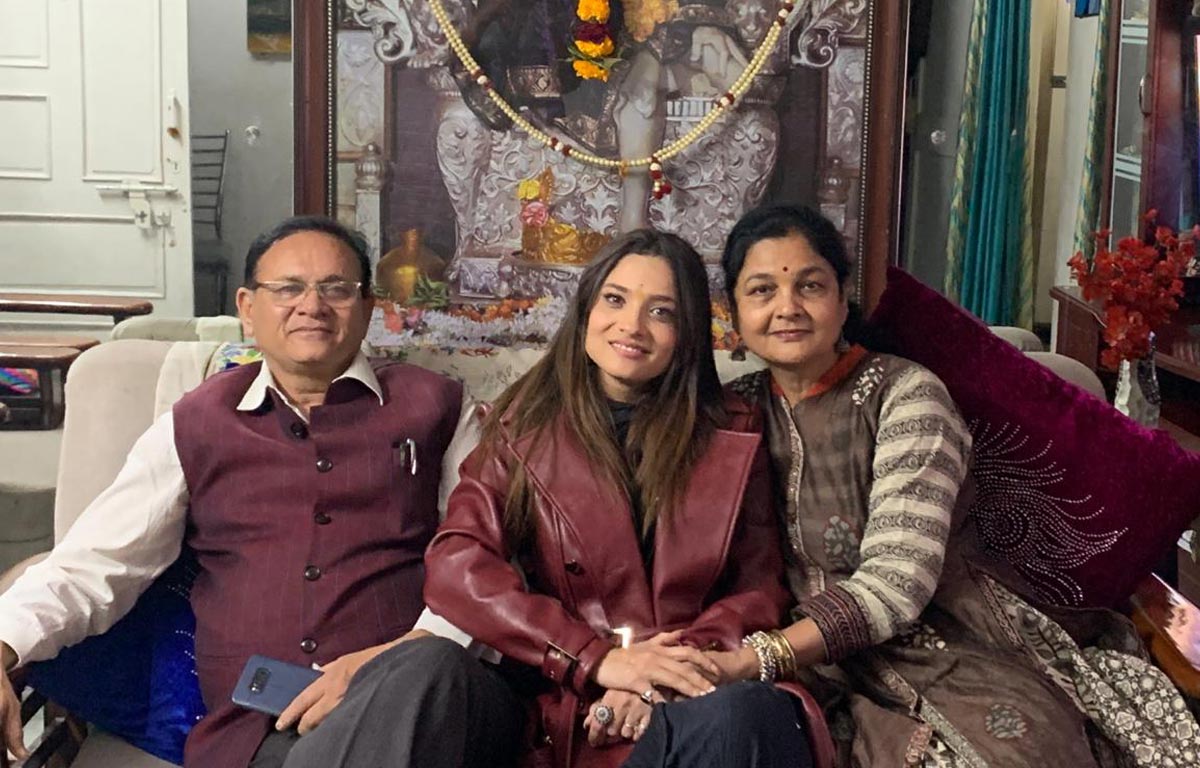 Ankita Lokhande was born in a middle-class family in Indore and she is the beloved daughter of Shashikant Lokhande, who had worked as a banker, and Vandana Pandis Lokhande, who was a teacher by profession. Her family also comprises her brother, Sooraj Lokhande and her younger sister, Jyoti Lokhande. Her Instagram handle is proof that the actress is very much close to her family and is a homely girl, who loves to spend time with them.

#2. She had a knack for badminton and is a good dancer 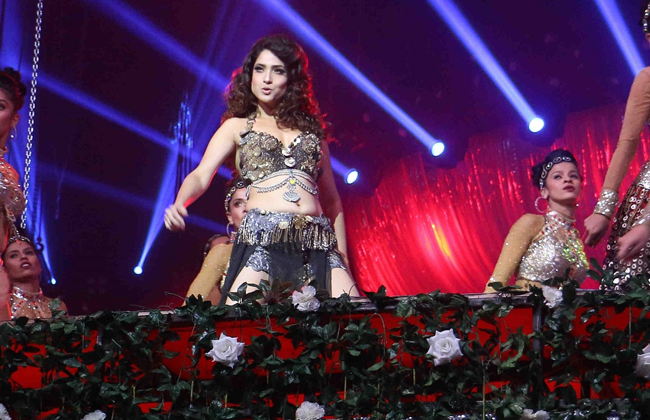 While we all know Ankita for her gorgeous looks and acting prowess, she is also skilled in badminton and dancing. All throughout her childhood, she was quite active in sports and was a state-level badminton player. In fact, she has also bagged quite a few medals in the badminton championship. She is also a skilled dancer, so much so that even after getting her leg injured before her wedding, the actress had danced her heart out at her sangeet ceremony.

#3. Was born as Tanuja Lokhande 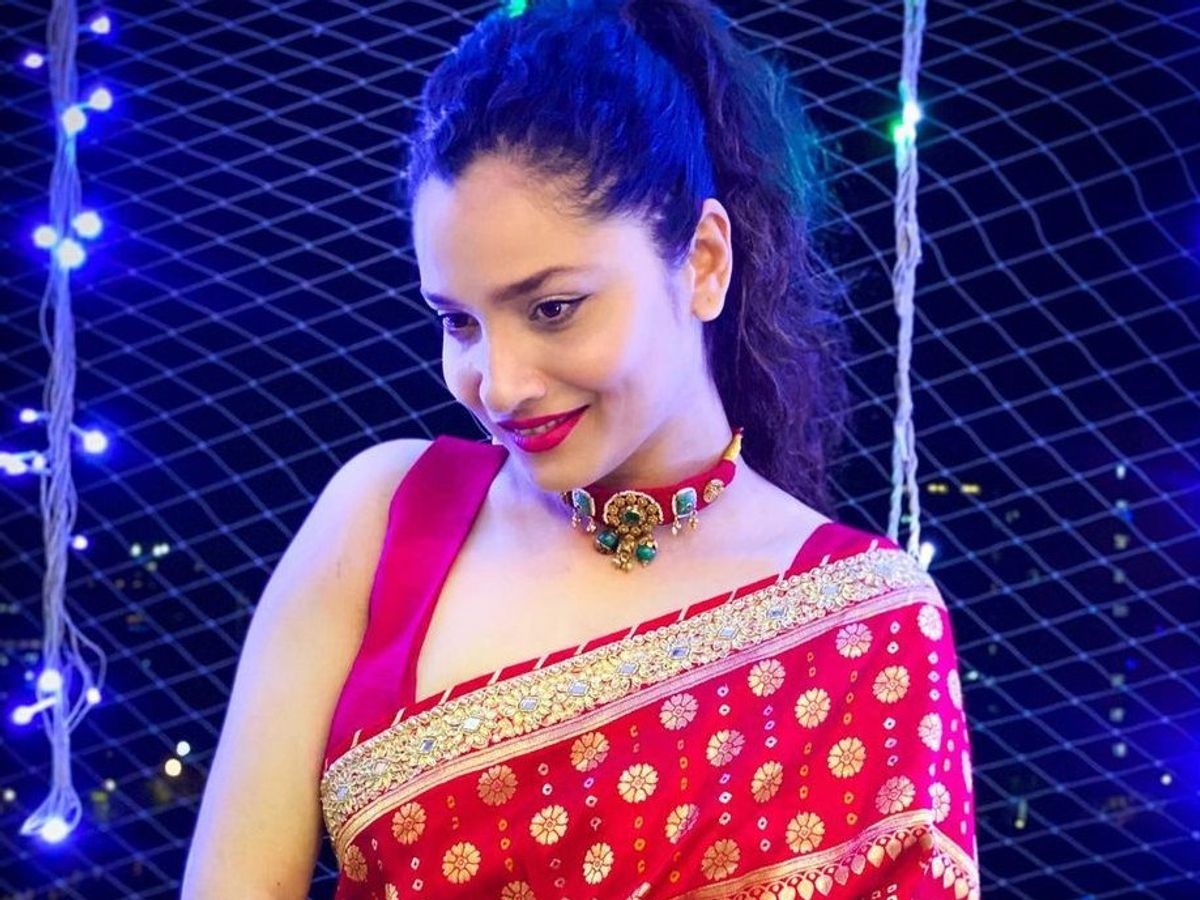 Did you know that Ankita Lokhande, who has made quite a big name for herself in the industry was actually not named the same? When she was born, her original name was Tanuja Lokhande. However, when she was a kid, her near ones used to call her Ankita as that was her nickname. Therefore, when Ankita had made her debut in showbiz, she had decided to use her nick name as her real name. That's how we got our beloved Ankita Lokhande! 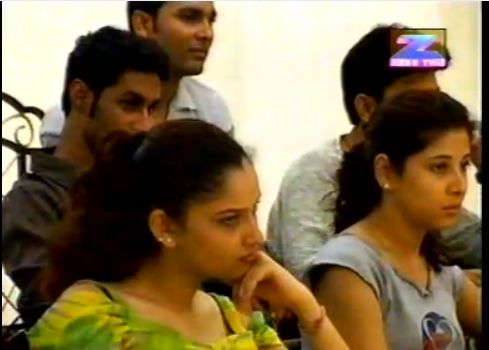 Before getting noticed by Ekta Kapoor, who had offered her the role of 'Archana' in the daily soap, Pavitra Rishta, Ankita had first featured in the show, India's Best Cinestar Ki Khoj, in 2007. That's where the actress had shot to fame and had garnered all the limelight.

#5. Did you know that Ankita Lokhande had bagged another project before Pavitra Rishta? Well, Ankita Lokhande's character, 'Archana' had become a household name as she had made her small screen debut with the much-celebrated show, Pavitra Rishta. However, destiny had something else in store for her in the beginning as it was not going to be her debut show. Initially, the actress was supposed to make her debut in a romantic school drama named, Baali Umar Ko Salaam. However, the show was scrapped as things did not go as planned and she was picked by the ace-producer, Ekta Kapoor to play the lead in her show, which had become a super-duper hit.

Suggested Read: Remembering Sidharth Shukla: 5 Lesser-Known Facts About Him That Will Leave His Fans Heartbroken

#6. Ankita had a bittersweet relationship with ex-boyfriend, late Sushant Singh Rajput before falling in love with him 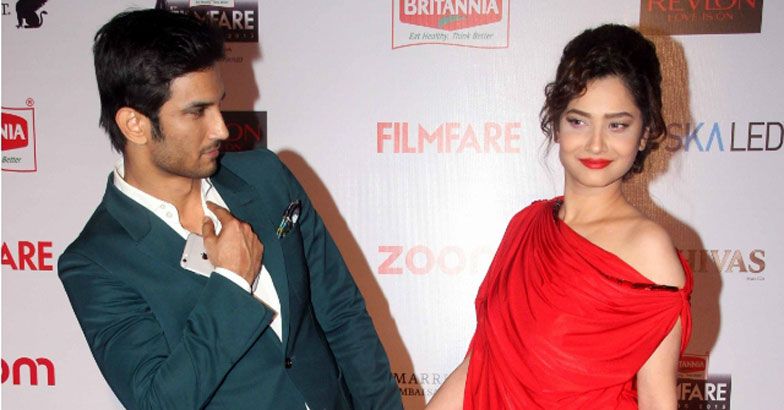 While Ankita used to play the role of 'Archana', the later actor, Sushant Singh Rajput had become a household name by playing the character of 'Manav'. Besides their reel life chemistry, Ankita and Sushant had developed a bond in their real-life too. However, the beginning of their relationship wasn't very easy as Ankita used to hate him before she had started gelling well with him. In fact, once she had got herself involved in a controversy for slapping Sushant publicly when the latter was dancing with other girls. 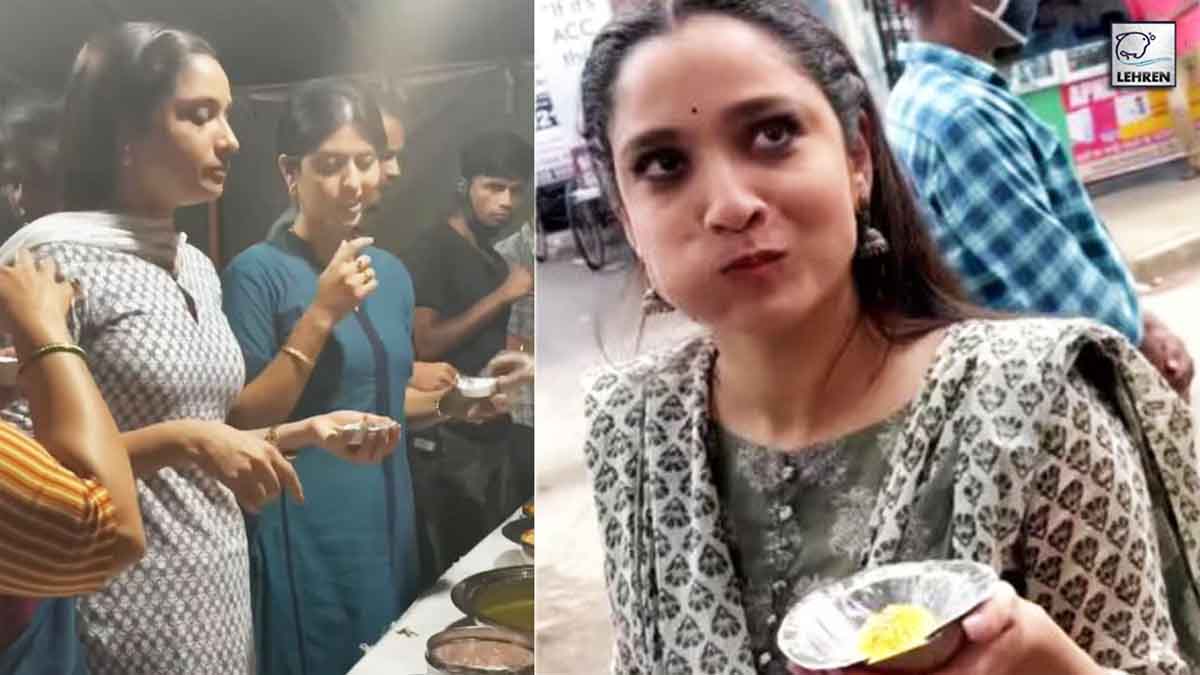 Ankita is a Maharashtrian girl by heart and has a fetish for Indian food. When it comes to her food preferences, she is just any other girl next door. When it comes to vegetarian food, she loves to eat bhindi with ghee, rotis and dal fry while her favourite non-vegetarian dish is Butter Chicken.

#8. Films rejected by Ankita before making her debut on the big screen Ankita had made her silver screen debut as 'Jhalkaribai' in Kangana Ranaut starrer, Manikarnika: The Queen Of Jhansi. However, she had tried her hands in films quite a few times before that. She had given an audition for the Salman Khan starrer, Sultan, but did not get selected. In fact, she was also approached for Shah Rukh Khan starrer, Happy New Year. However, things did not work in her favour and she was replaced by Deepika Padukone. After Manikarnika, Ankita was also seen in the film, Baaghi 3. 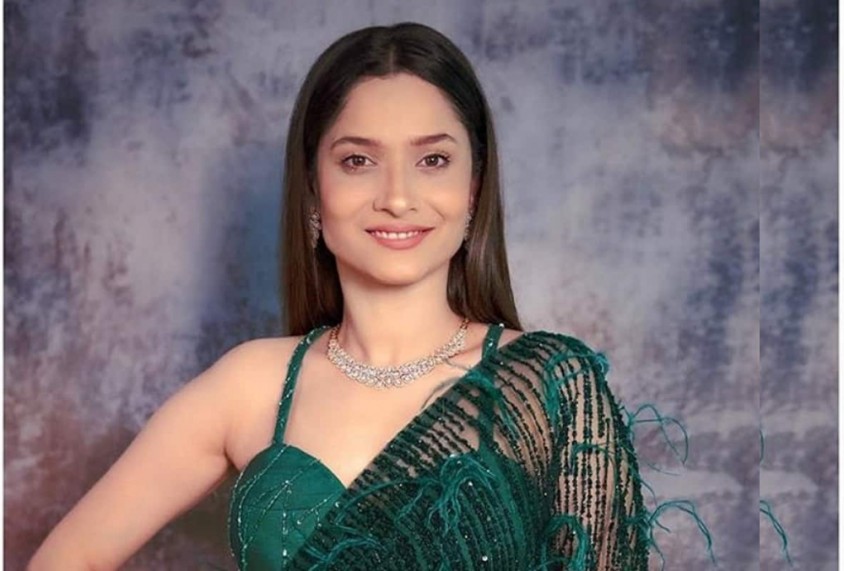 Well, Ankita is not just a good dancer but is also a bathroom singer and loves to listen to music in her free time. She has a knack for soft, romantic songs and ghazals. Her favourite restaurant is Urban Tadka in Mumbai. She looks up to Shilpa Shetty and Madhuri Dixit as her favourite actresses. 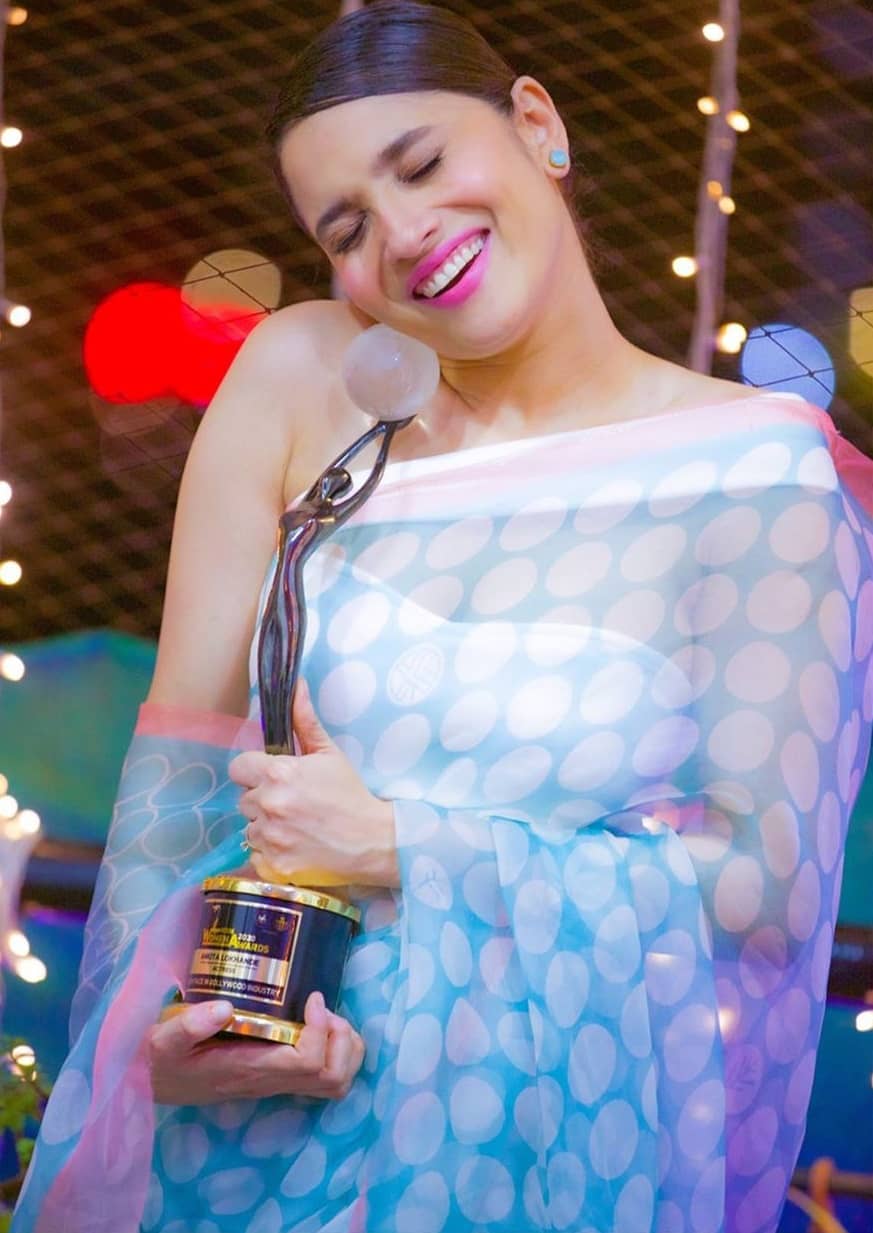 Ankita has a lot of awards in her kitty such as the ITA Award for GR8 Face Female (2010), Zee Rishtey Award For Favourite Popular Face Female (2011), Producers Guild Film Award for Best Actor In A Drama Series (2011), Zee Rishtey Award For Zee Personality Of The Year (2012) for her stupendous performance in Pavitra Rishta. In fact, she is also one of the highest-paid TV actors.

One look at Ankita's life, and one can easily say that the actress is very much down to earth and has not let success affect her simplicity. Also, her taste in music and choice of favourite actresses prove that she is someone, who knows how to value true talent! Lastly, the only person that we can't thank enough is Ekta Kapoor, who had gifted us this gem of an actress.