Television actress, Shikha Singh reveals her weird pregnancy cravings and talks about how is she coping with her heavily pregnant self. Check out the deets inside!

Kumkum Bhagya fame, Shikha Singh and husband, Karan Shah are going to embrace parenthood for the first time, as Shikha is expecting her first. Having gained popularity for the antagonist's role in Kumkum Bhagya, Shikha is going to be a mommy after enjoying four years of marital bliss with husband, Karan Shah. Being a parent changes your world forever, fills it with immense happiness. Shikha and Karan are also going through similar emotions these days. (Recommended Read: Lara Dutta Reveals That Motherhood Was The Reason Why She Took Sabbatical From Acting)

Shikha's husband, Karan had announced the arrival of a little angel in their lives on April 22, 2020. He had taken to his Instagram handle and had posted pictures of Shikha flaunting her baby bump. The pictures were captioned as "Us: Yayyy! Goku: Nooooo, peace gonna be ruined mannn! What did u do?" Shikha spilt beans about her pregnancy and how is she coping with, in an interview with SpotboyE. Scroll down to know more!

Shikha Singh Of 'Kumkum Bhagya' Fame Is Expecting Her First Child, Reveals The Due Date 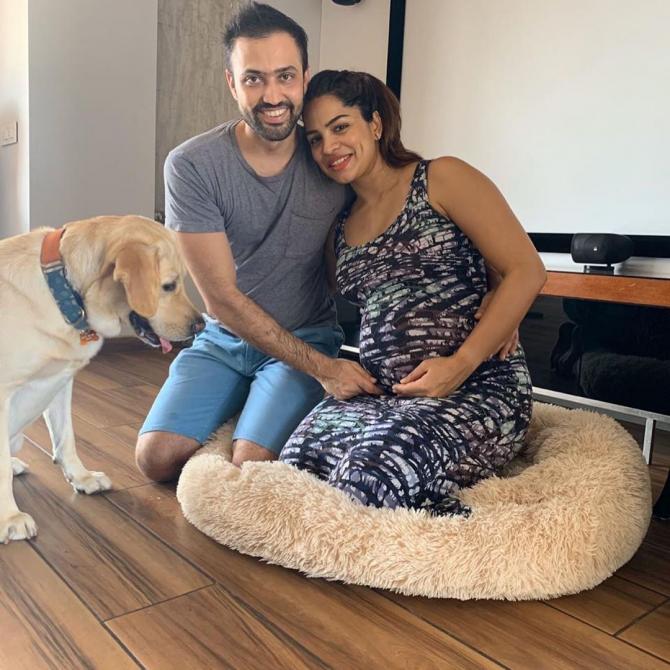 In an interview with SpotboyE, Shika opened up about her fears and how is she able to cope with the ongoing situation given it's her first pregnancy and what are her plans for the baby. On being asked how did she manage to keep her pregnancy a secret until now, she said, "I didn't plan to keep it a secret but I just wanted some phase of my pregnancy to pass on and then share the news with everyone. But, I didn't want to make it late either by surprising everyone a bit too much. So, I think this was the right time and obviously, my family and close friends knew about it already." She also expressed her concerns and worries which is natural for a new mother. In her words, "Well, there is anxiety, but it’s good to stay positive and hope that this ends soon. I think that every child comes with his/her destiny. I shall remain positive- because I believe that then, the universe has its own way to take care of you." On the question of what routine does she follow on a daily basis keeping in mind her and the baby's health, she retorted, "I get up in the morning, cook food and then do some exercise, chill with my family and my dog. That's about it." She also revealed that people around her are taking extra care of her and said, "I feel lucky that I have plenty of well-wishers around me. I have been given a book by a friend and I am reading that. Then, there are some others who keep sending me food so that I don't have to cook." On being asked what are her weird pregnancy cravings, she said, "So far, I have had zero cravings. Touchwood! I am just eating plain daal, sabzi roti, milk and some fruits. So, I think my husband has got lucky or else he would've had to run a lot." (You May Also Like: Ekta Kaul Reveals Habits Of Hubby, Sumeet That Reminds Her Of 'Mikesh' From 'Permanent Roommates') When asked what would she prefer, a boy or a girl, she cordially replied, "If the baby is healthy, the gender doesn't matter for me and my husband. I know girls have their own charm and boys also have their own adorability. But we are waiting for a healthy one. We are just praying that life should get normal before the baby’s arrival so that we can enjoy our parenthood right from the word 'Go'." Lastly, when asked if they've thought of names for the baby yet, she said, "Nope, because we don't know whether it’ll be a girl or a boy. Also, Karan's family believes in astrology; so after my delivery, the raashi and all will be seen post which on the basis of the first letter proposed, we will finalise the name." (Also Read: Shilpa Shetty Kundra's Husband, Raj Kundra Does A Handstand But Their Pooch Exposes Him) 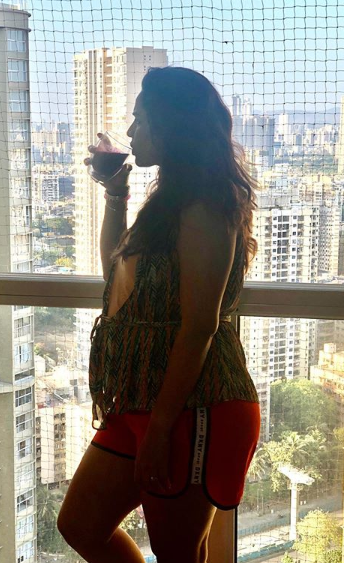 Shikha Singh Of 'Kumkum Bhagya' Fame Is Expecting Her First Child, Reveals The Due Date