Kishwer Merchantt and Suyyash Rai announced their first pregnancy on March 2, 2021. This is who Suyyash Rai wants his baby to look like. Scroll down to see!

The moment a couple finds out about their first pregnancy, there's no end to their joy. Despite being aware of the fact that the arrival of the baby would take time, the hassle begins in the soon-to-be-parents' household. Although the husband does his best to take care of his pregnant wifey, be it accompanying her to the doctor's or satisfying her pregnancy cravings, the husband is on his toes, fulfilling her every demand. There is one thing though, over which husband and wife fight with each other and that is, 'who would the baby look like?' Television couple, Suyash Rai and Kishwer Merchantt, who announced their pregnancy yesterday, i.e., on March 2, 2021, are also undergoing the same emotions. Although, Suyash wants is baby to look like something else. Scroll down to know! (Recommended Read: Rochelle Rao And Keith Sequeira Open Up On Their Plans Of Having A Baby On Their 3rd Anniversary)

On March 2, 2021, Suyyash and Kishwer had shared a breathtaking picture on their Instagram handles. In the romantic picture from the beach, Suyyash could be seen sitting on his knees holding his wife as she had held her baby bump. With 'August 2021' engraved on the sand and a pair of baby shoes placed near it, the sunset's backdrop had made the picture even more beautiful. While Kishwer had captioned her post as "You can now stop asking, 'When are you guys gonna have a baby?' Coming soon ... #august2021 #sukishkababy", Suyyash had written, "Mai tere bacche ka baap banne wala hun, Kishwer! Coming this August."

Mommy-To-Be, Neeti Mohan Flaunts Her Baby Bump As She Works Out In A Gym, Shares A Video Now, a few moments ago, Suyyash Rai took to his IG handle and posted a cute picture. The picture featured a cutesy miniature boy doll with a turban and baby shoes placed near it. It was gifted to him by actress, Kashmera Shah back in 2018, on the prospects that when someday Suyyash and Kishwer would have a baby, he would look like this! Suyyash had posted three pictures of his 'gift' on his IG handle back in 2018. He had written, "Can't get over him", "Jab bhi hoga aisa hoga" and "He is back. Putt mera. #jabBhiHogaAisaHeeHoga. Thanyuuuuu @kashmera1." It's very clear that Suyyash wants his baby to look like that. His caption can be read as "Yaaad hai yeh ? “Jab bhi hoga , aisa hoga”. @kashmera1 I still have this. Thanku for this." (Also Read: Nakuul Mehta's Wife, Jankee Parekh Shares FIRST PICTURE With Her One-Month-Old Son, Sufi) 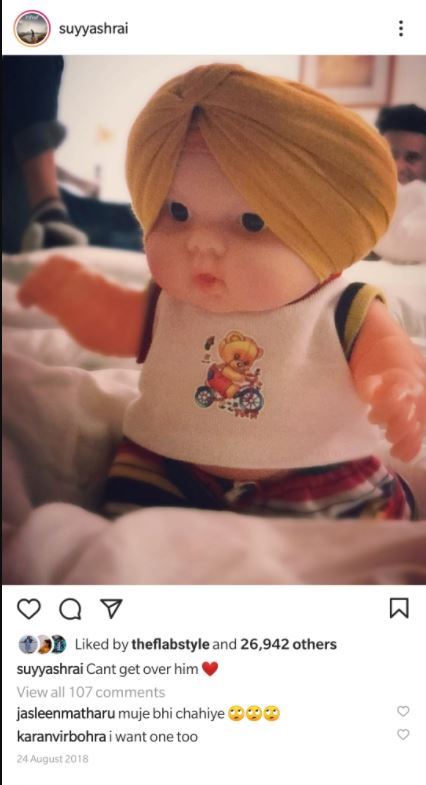 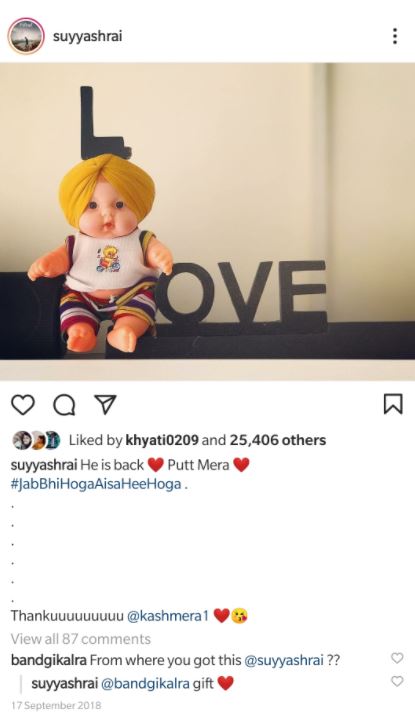 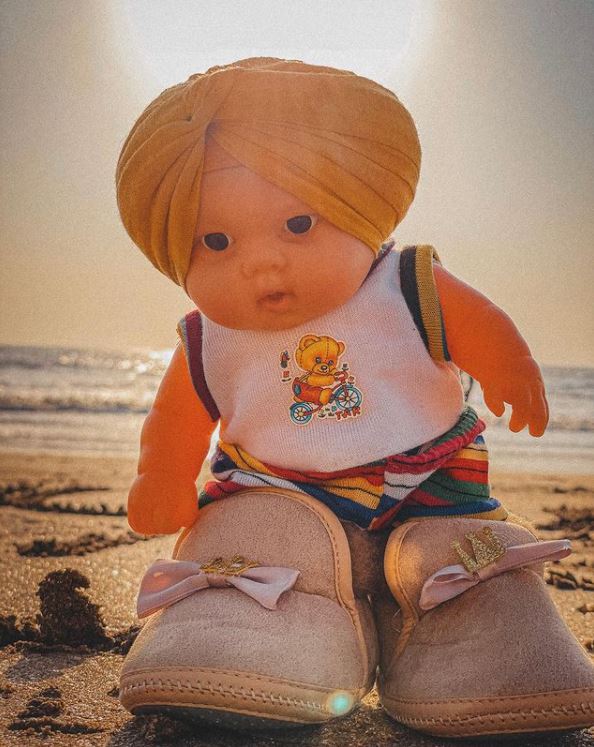 In an interview with the Pinkvilla, Suyyash and Kishwer had revealed that the pregnancy had come as a shocker to them. The mommy-to-be said, "It's amazing, I just can't describe it in words. I mean, after all, it's my first baby! I am super nervous too as it's my first time and I don't really know what to do. But thankfully we have our family, friends who have kids to guide us better. So I am sure it will be sorted." The daddy-to-be had chipped in, "It's a beautiful feeling, I can't express in words. I mean I am super nervous and tensed too but moreover, it's a fabulous feeling." 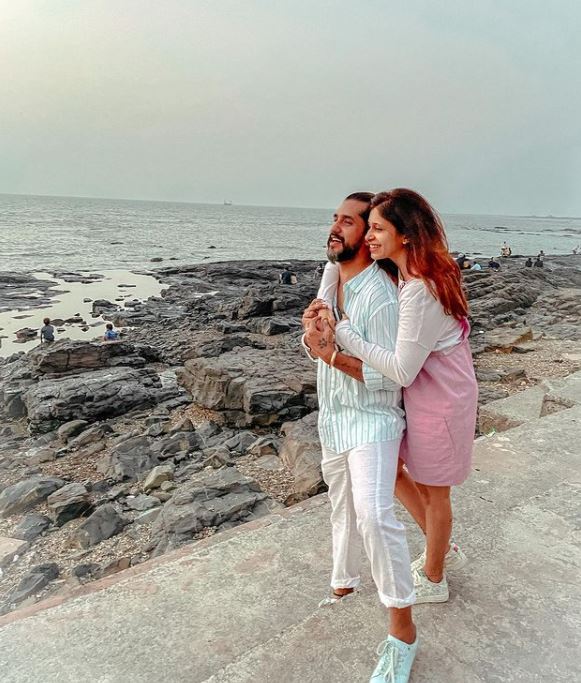 Recalling the time when she had come to know about her pregnancy, Kishwer Merchantt had said, "So we got to know about our pregnancy on the 17th of January and by then I was already two-months pregnant but I just didn't realize it all. It was when I started feeling tired and low that it struck me that probably pregnancy could be the reason behind my lethargy. I got Suyyash to get the home pregnancy testing kits and that's when we got to know that I was expecting. It came as a shocker for us initially as we weren't expecting it at all. We hadn't planned it. It was like a big shocker in the beginning but it gradually turned into a pleasant surprise." Suyyash Rai had then added that they are really looking forward to the new chapter of their lives and said, "It was a shocker for us first when we got to know about the baby but we now believe that it's a gift from God, it's his blessing. We really want to enjoy the new chapter of our life." (Don't Miss: Janhvi Kapoor's Rumoured Ex-Boyfriend, Akshat Rajan Reacts Like This To Her New Song From 'Roohi')