Here's everything you need to know about the first 'crorepati' of Amitabh Bachchan's show, 'Kaun Banega Crorepati 14', Kavita Chawla that will leave you inspired. Check it out!

The fourteenth season of the popular game reality show, Kaun Banega Crorepati, hosted by Amitabh Bachchan brought so many inspiring people into the limelight. Although their winning amount were different, one common thing in all of them was the hard work they had put in to sit on the hot seat with Amitabh Bachchan. The first episode of KBC 14 was telecasted back on August 7, 2022, and since then, every viewer has been waiting to witness the first crorepati of this season. So many contestants came close to it, but it was a woman named, Kavita Chawla from Kolhapur, Maharashtra, who became the first crorepati of Kaun Banega Crorepati 14.

The moment Kavita Chawla gave the right answer to the question worth Rs. 1 crore, the internet went upside down in tremendous happiness. The housewife from Kolhapur is trending all over the internet, and everyone was so impressed with the way she played the game and became the first crorepati of this season. It is a tremendous feat to be achieved by Kavita, and the reason why she deserves so much respect is the fact that she waited and prepared for this moment for almost 21 years. So without further ado, let's get straight into her personal life, which makes her win even more inspirational! 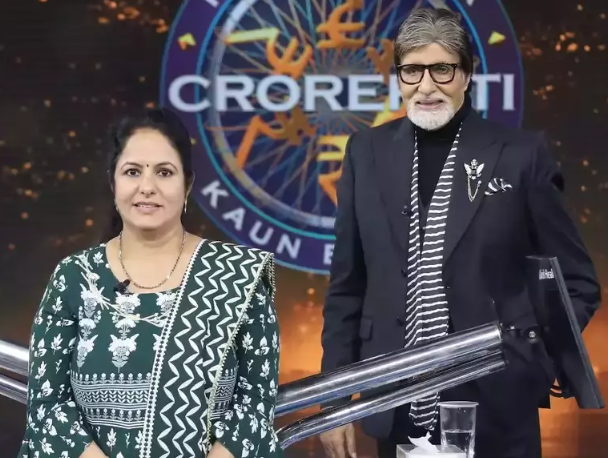 The first crorepati of Kaun Banega Crorepati's season 14 is Kavita Chawla, who is from Kolhapur, Maharashtra. As per the reports, Kavita's father was against the idea of educating girls. Hence, he had told Kavita to quit her studies after class 10. However, the young Kavita had requested her father to let her complete her secondary education. In order to convince him, she had told everything to her school professor, who made her father understand the importance of education. After which, Kavita's father had agreed, and she had completed class 12. 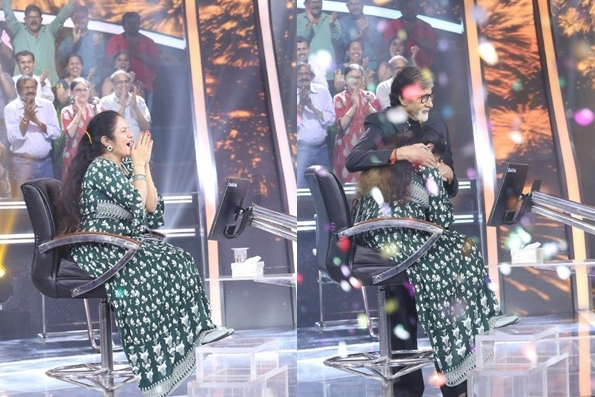 After Kavita Chawla's secondary education was completed, her parents started looking for a suitable match for their daughter. Soon she got married and gave birth to a son after some years of their wedding. After winning Rs. 1 crore, in an interview with Pinkvilla, Kavita recalled the year 2000, when he had welcomed her first child, and in the same year, the first season of Kaun Banega Crorepati was launched. Talking about the same, Kavita also shared how she dreamt of being a contestant on the show. She had said:

"Kaun Banega Crorepati was launched in 2000, and I gave birth to my son too in the same year. I saw that on the basis of knowledge one can earn respect and money, and since then it has been my dream to be on this show. My son was newly born and therefore, I couldn't focus on my studies but my goal of coming on this show was set. I would keep trying to register through the landline number. I've tutored my son till the eighth standard and I would also learn along with him. I would find this whole process of studying very interesting. I've studied more than him through his books."

Don't Miss: Rakesh Jhunjhunwala Survived By Wife, Rekha And 3 Children: Story Of A Regular Boy To A Billionaire

'Crorepati' Kavita Chawla revealed what she would do with the winning amount of Rs. 1 crore 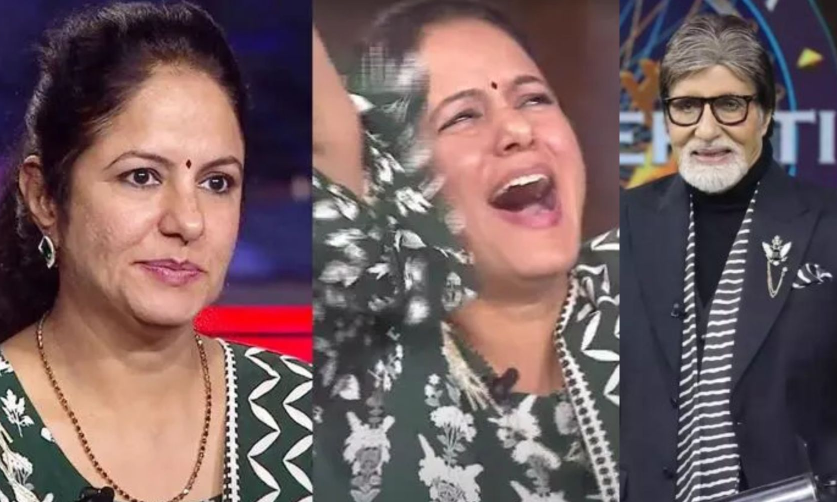 Further in the same interview, when Kavita Chawla also opened up about the much-asked question about how she would like to spend the winning amount of Rs. 1 crore. Answering the same, the doting mother had shared that she had taken two educational loans and clearing those debts would be her topmost priority. However, Kavita also opened up about her dreams of buying a house and going on a country tour. Here's what she had said:

"I took a loan of Rs 25 lacs for two years educational course for my son. After clearing that off, whatever amount remains, I am going to buy a house for myself. Even after that if some money is left, I would love to go on an India tour." 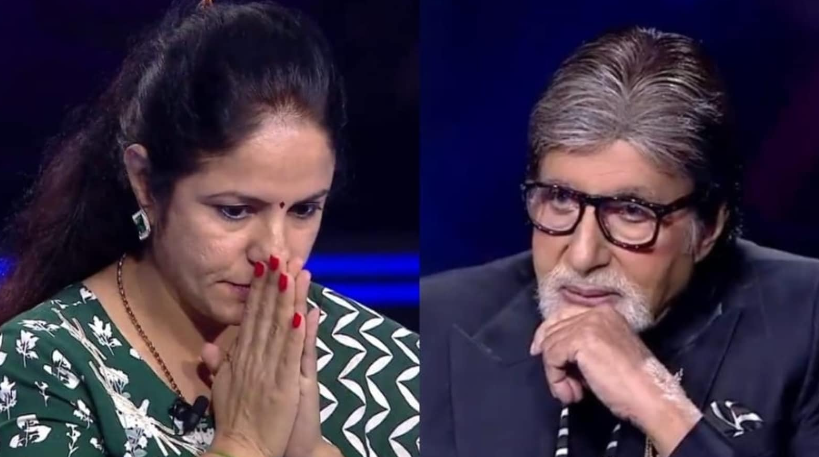 Not everyone is aware of the fact that Kavita Chawla had participated in Kaun Banega Crorepati's season 13. She was among the many contestants in the Fastest Finger First round and couldn't make it to the hot seat because she wasn't comfortable using a computer. Recalling how she broke down in tears after she couldn't make it and how the show's host, Amitabh Bachchan had consoled her and told her to come back stronger. Recalling the same, she had revealed:

"I reached the Fastest Finger First seat through the 'Play Along' segment but I wasn't so comfortable using computers and therefore couldn't feed the correct answers speedily. I got nervous and even cried. While leaving the set, Amitabh Bachchan sir saw me and told me 'niraash mat hoiye' (Don't feel disappointed). I kept these words in my mind and started my hustle. My hard work paid off and I received a call once again from KBC finally, and my dream of being on the show fulfilled."

You May Like This: Ranbir Kapoor's Controversies: Nicotine Addict Since 15, Beef Lover, Body Shamed Alia Bhatt And More 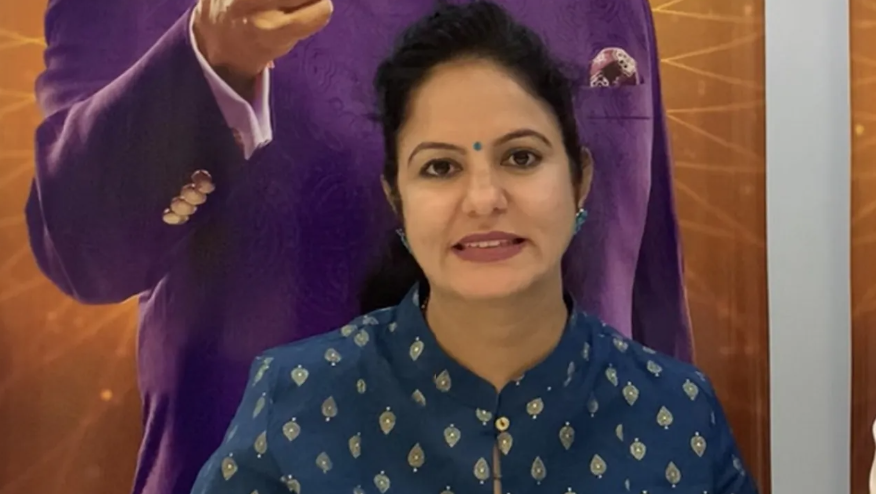 In a conversation with The Free Press Journal, Kavita Chawla talked about the constant support she had received from her family when she was getting prepared for the show, Kaun Banega Crorepati 14. Although the journey was quite tough, but Kavita admitted that not for once had she thought about quitting as it was hard work of 21 long years. She had said:

"It's like the tagline of one of the KBC's - Koshish karne walon ki kabhi haar nahi hoti. We have to work hard to get the fruit. I also wanted to be the first woman from Kolhapur to win that one crore. I worked hard. I received huge support from my family. I am happy I have attained success at fulfilling my aim and dreams. I never retreat. If I had not worked hard, all those 21 years would be a waste. When we leave our aim halfway, it is sort of a defeat of humankind." 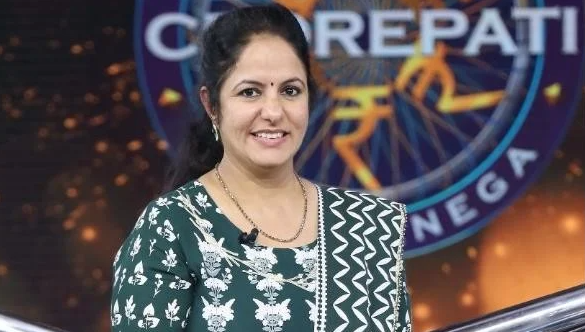 Congratulations to Kavita Chawla! We hope her incredible win in the fourteenth season of Kaun Banega Crorepati will inspire many more.