On his 56th birthday, Salman Khan's alleged ex-girlfriend, Katrina Kaif wished him in the most adorable manner. Check out!

It is a known fact that Bollywood superstar, Salman Khan shares a great camaraderie with his alleged ex-girlfriend, Katrina Kaif. They're often spotted garnering a lot of limelight together at events, parties and festivals. And, even though Salman and Katrina had broken up a long time ago, they still share a beautiful bond with not just each other but their respective families also. The duo sets the perfect example of how even ex-lovers can be great friends.

As Salman Khan is celebrating his 56th birthday on December 27, 2021, his fans have flooded social media with sweet birthday posts for the actor. With best wishes and love pouring from all across the globe, the actor surely feels blessed on his special day. However, the most special wish for bhaijaan came from his ex-girlfriend, Katrina Kaif. 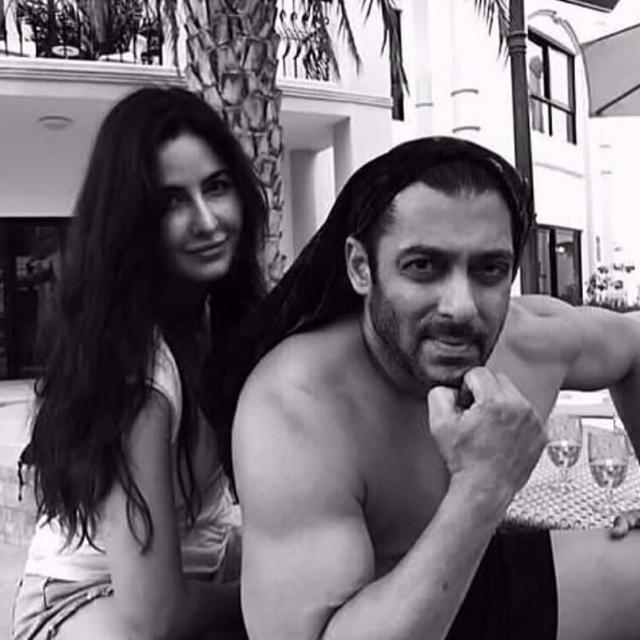 A few moments back, Katrina Kaif took to her IG handle and shared a sweet birthday note for her alleged ex-boyfriend, Salman Khan. Taking to her IG stories, Katrina shared a monochrome picture of Salman and wished him 'love and light' on his special day. Atop it, she wrote:

“@beingsalmankhan the Happiest birthday to you. May all the love, light and brilliance you have be with you forever.” 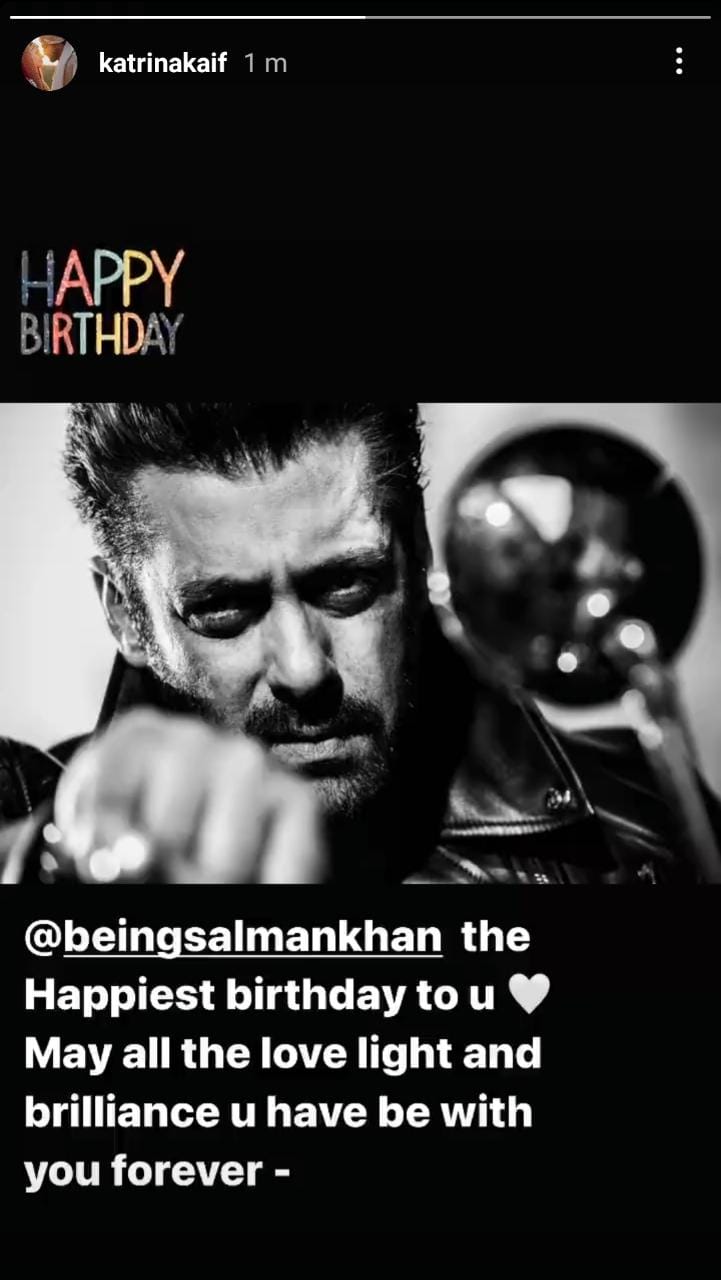 As soon as Katrina posted the sweet birthday note for Salman Khan, their fans went crazy. While some of the users lauded the actress for her beautiful gesture and handling things maturely, another section of netizens trolled her. A fan wrote, "Ex ho to aisi", and another one commented, "I think there should be an ex like Katrina in everyone's life." Whereas a section of netizens trolled Katrina and wrote, "Ab ye sab ka kya fayda, shaadi hi karli."

On his 55th birthday, Salman Khan's ex-girlfriend, Katrina Kaif had wished him in the most adorable manner. Posting a picture of Salman, in which he had looked dapper, Katrina had written:

"Happiest birthday @beingsalmankhan to a great human being." 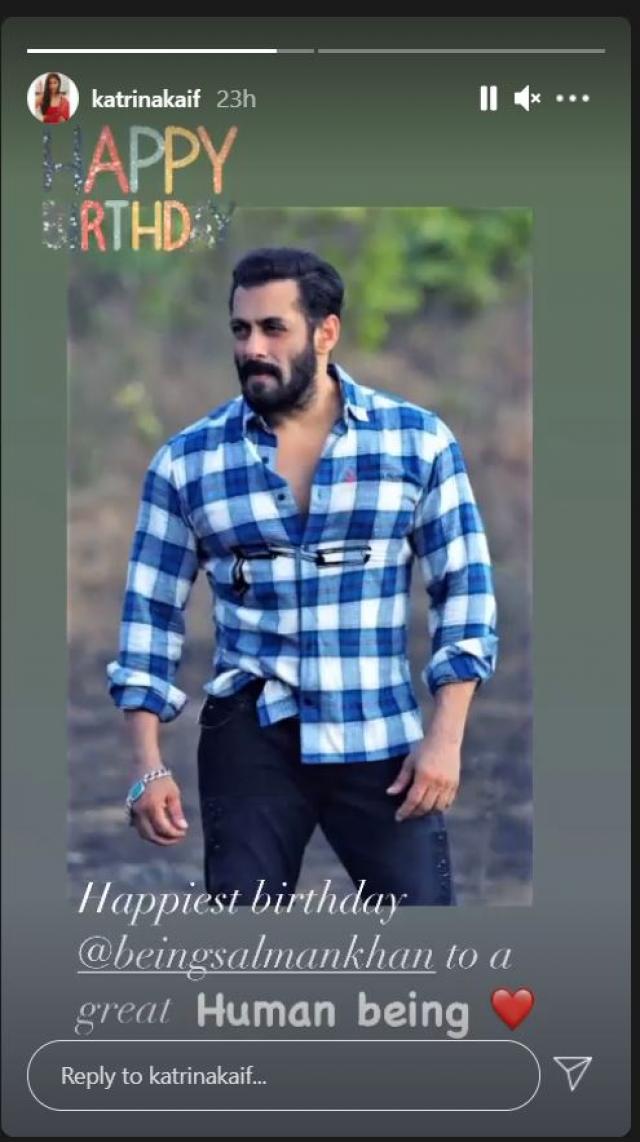 A few days back, amid Katrina's wedding rumours with Vicky Kaushal, her mushy 'qubool hain' moment with Salman had left everyone in awe of these two alleged lovebirds. In a promo video shared by ColorsTV, in Bigg Boss 15's Weekend Ka Vaar episode, the host, Salman Khan was seen welcoming the prominent director, Rohit Shetty and the gorgeous actress, Katrina Kaif. During their visit, Salman and Katrina were indulged in a cute interrogation session in which the actress could be seen accusing Salman of coming late on the sets to tell him to sing a song for her. The lovely banter between the two alleged ex-lovers had left the internet in meltdown, proving that not all relationships should end on a bad note.

Vicky Kaushal and Katrina Kaif had tied the knot on December 9, 2021, at Six Senses Fort, Rajasthan. However, Salman Khan couldn't attend their grand wedding due to work commitments. According to a report by BollywoodLife.com, for Vicky Kaushal and Katrina Kaif's wedding, the latter's ex-boyfriend, Salman Khan had surprised her and Vicky with a Range Rover worth Rs. 3 crores. 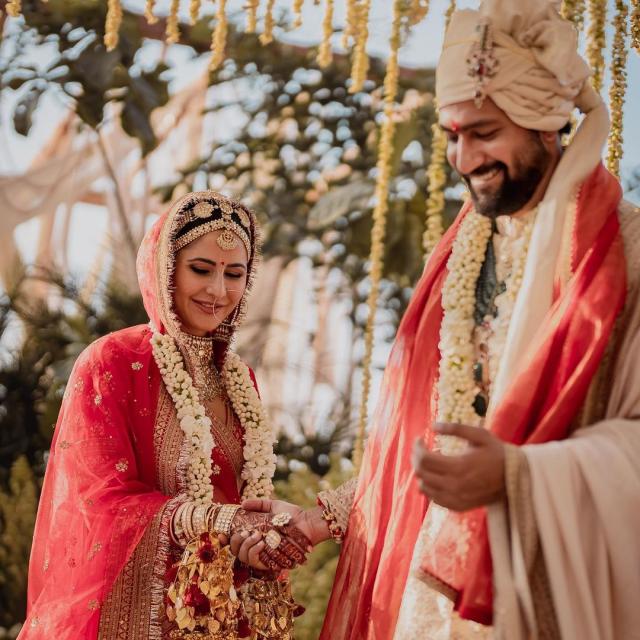 Here's wishing lots of love to Salman Khan on his birthday!