On Neha Dhupia's show, 'BFFs with Vogue', Katrina Kaif came along with Anaita Shroff Adajania. Katrina Kaif revealed on the show whose wedding will she attend- Arjun-Malaika or Ranbir-Alia?

Bollywood weddings are not just another Indian wedding but they are a spectacle to behold. Every time, there is a celebrity couple getting married, we watch the videos and pictures on loop for days. And two of the biggest celebrities couples in the Tinseltown- Malaika Arora-Arjun Kapoor and Alia Bhatt-Ranbir Kapoor, are reportedly all set to marry soon. Whenever we open an entertainment tabloid, we can't help but notice that they are making it to the headlines every morning. (You May Like: Salman Khan Makes Fun Of Priyanka Chopra For Choosing Marriage Over His Film 'Bharat', Video Inside)

Bollywood talk shows are a place where a lot of beans are spilt and until recently, the ruling show was Koffee with Karan but it seems that Neha Dhupia is all set to take over her bestie, Karan Johar. Yes, on her talk show, BFFs with Vogue, we get to the inside secrets of the industry- all thanks to Neha's quirky questions. In the show's season 3 along, Katrina Kaif came in one of the episodes along with Anaita Shroff Adajania.

Neha Dhupia put Katrina Kaif in a difficult situation when she asked Kat whose wedding would she prefer to attend over the other, Malaika-Arjun or Alia-Ranbir? Katrina Kaid candidly replied, "If I'd have to pick one, I'd pick Arjun because he is my rakhi brother. I tied him a rakhi on the day Sheila Ki Jawaani (a song from the film Tees Maar Khan) was released. But he didn't really like me." 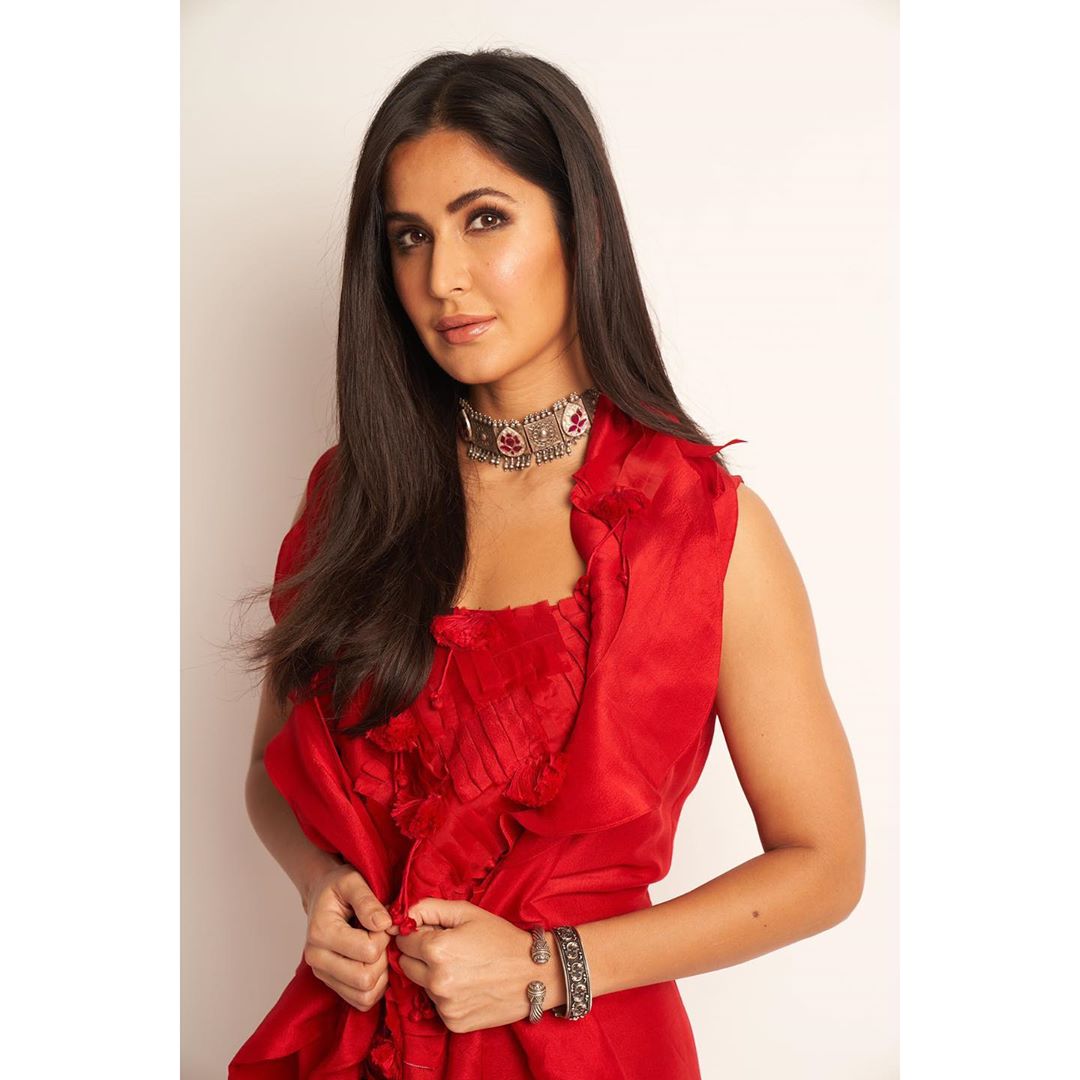 Katrina Kaif was in a serious relationship with Ranbir Kapoor, as we all know. Today, she doesn't hold any grudge against her ex-boyfriend and commenting on the same, she had said in an interview, "I'm taking this as a compliment. But yes, if someone like you, who knows me well, feels nice about my conduct, it's a good thing. I'm not trying to be saintly but it's always easier to just make peace, be friends, to be loving. I'm not doing this to make your life easier. But I'm doing it to make my life easier. It genuinely is more peaceful and you feel lighter and happier when you don't hold on to any anger or grudges." Katrina had also shared as to why she broke it off with Ranbir and how she didn't enter into a new relationship immediately, “I had to break before I could proceed to rebuild myself. I had to unravel and feel everything that had happened... I had to take full responsibility for my part in the equation, what I could and should have done better... And accept that the parts that I was not responsible for were not my problem. One thought that helped me when I was at my lowest was something my mom told me, “So many girls and women go through the same thing, you feel you are alone, but you are not.” That thought was very comforting.” (Must Read: Soha Shares Pataudi Family Picture With Saif-Kareena-Taimur, Sara-Ibrahim And Sharmila Tagore)

Katrina Kaif also maintains a cordial equation with Ranbir Kapoor's current girlfriend, Alia Bhatt. Opening up about the same, Katrina Kaif was quoted as saying, “I have a separate equation with Ranbir (Kapoor) and Alia (Bhatt) which I maintain regardless of anything else. They have their own place in my life and as individuals, I have warmth and regard for both. When I meet them, I behaved the way I feel for them.”

Coming back to two of the most awaited weddings of Bollywood, it must be mentioned here that in either, there is no confirmation but confessions have been made about a romantic relationship. Arjun Kapoor recently commented on why he came out in the open with his relationship with Malaika Arora, "We've come out because we feel the media has given us dignity. There's a certain understanding the media has... they've been respectful, kind, honest and decent about it. That is why I felt comfortable. You recoil when there's a certain "gandhagi" that comes with the territory." The Panipat actor had further added, "When purposely people irk you by saying, writing or asking things... there hasn't been any of that. Where the paps are concerned, we give them photos when walking in and out of a place. It is normal. We talk to them. There's certain ease. I told them don't sit under the house just because it looks like we're hiding, when we're not. Let it be natural. Let it be normal. I don't want my neighbours being disturbed, I don't want her neighbours being disturbed. We're not doing anything wrong. I don't want that story being conveyed that we're still hiding when we're not. They understood that." Alia Bhatt and Ranbir Kapoor, on the other hand, are riding high in life these days. They started dating last year on the sets of Brahmastra and it seems their nuptial plunge will take some time. As per a media house, "Alia is in a great phase of her life right now. She is in love and they both are sure of each other. Marriage is certainly on the cards but it won't happen before 2020." (Don't Miss: Sara Ali Khan And Her Crush, Kartik Aaryan Snapped Coming Out Of His House, They Are Now Gym Buddies) 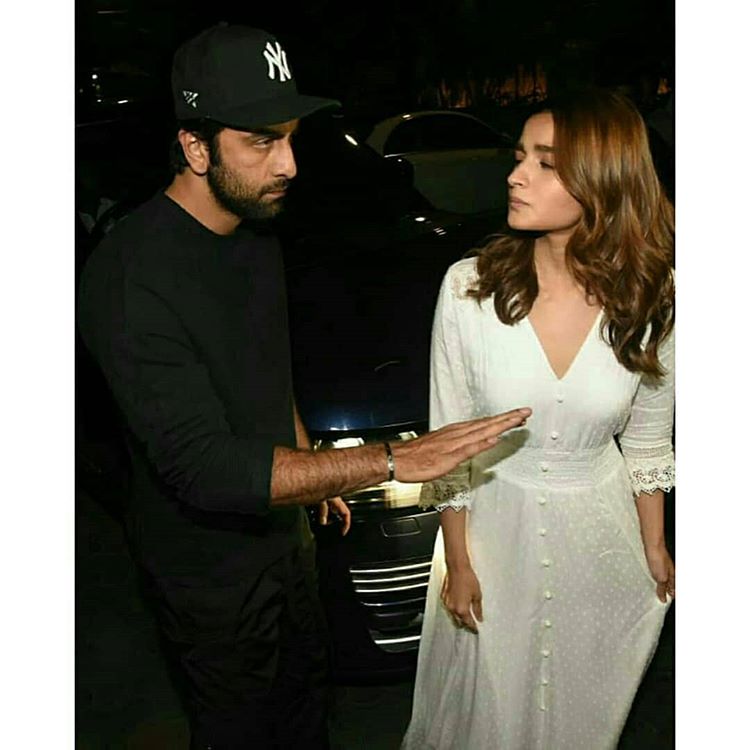 Katrina Kaif would choose her rakhi brother, Arjun Kapoor's wedding over her ex-boyfriend, Ranbir Kapoor's wedding! Whose would you choose in real life? Share your views!