Bollywood's leading lady, Katrina Kaif's rumoured relationship with Vicky Kaushal is getting more sparks. Recently, the duo was spotted at a dinner date and we wonder what's brewing.

One of the perils of being in love is that you give your heart to the one that has the courage to break it into pieces. But it doesn't mean that you won't fall in love again. No matter how hard it seems and how broken you feel, when the time is right you will fall in love again because love always comes back. And looks like Bollywood actress, Katrina Kaif is all set to give love another chance. She has made a huge name in the industry, but when it comes to the matters of love, she has gotten her heart brutally broken that led to gloomy days. (Recommend Read: Priyanka Chopra And Husband, Nick Jonas Break Records, Spent $20 Million For Their Home In LA)

For the longest time, Katrina had kept the details of personal life under wraps. She had made sure that her breakup with Ranbir Kapoor doesn't serve as the hot news with breakfast. But, she couldn't dodge the media's interest and she had to talk about what went wrong and how she overcame it. We remember in an interview with the Mid-Day, the actress had shared that her intentions were never to talk about the bad part of her relationship in the media. But she couldn't dodge the bullet for the longest time and so she had tried to talk about it without hurting anyone. 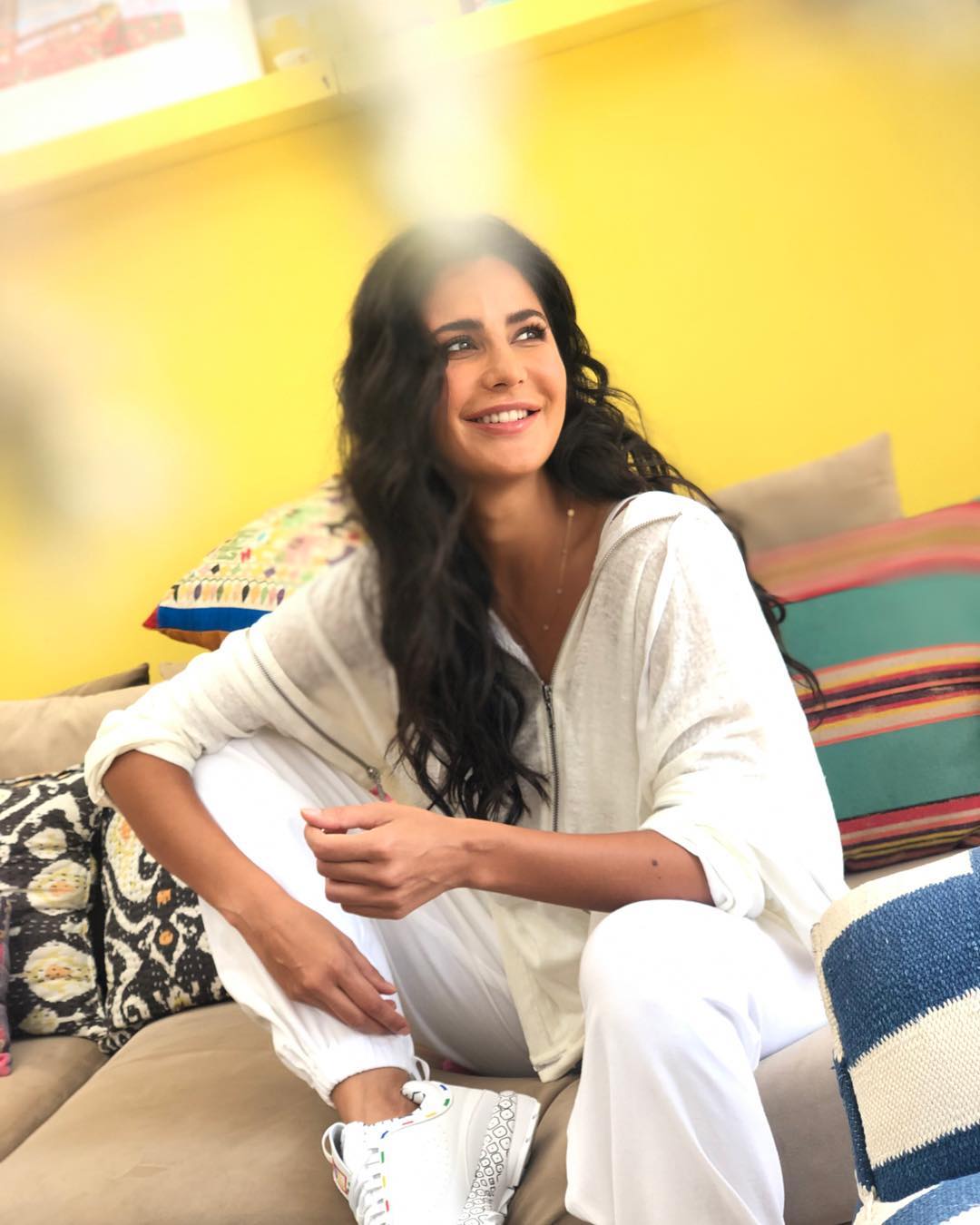 Katrina has always put on the brave face when it comes to handling her broken heart, but we had all felt her pain when she was going through a low phase. However, she stood up again and came back with a bang. Currently, the Tinseltown is abuzz with the speculations that Katrina has found love again in none other than the entire nation's crush, Vicky Kaushal. Recently, Vicky and Katrina's picture from their night is trending on social media. In the picture, we can see the gorgeous actress wearing a floral dress. On the other hand, Vicky kept his look casual in a blue shirt which he teamed with a blue pair of jeans. Take a look at the picture below:

A couple of months ago, Katrina had opened up on her dating rumours with Vicky in an interview with SpotboyE. She had stated, "It doesn't even matter. These rumours are part and parcel of our life. Now I have that maturity to understand all that matters is the work that you do. That's what will make you sustain, that's what the audience loves you for or judge you on. All the rest just comes and goes as these are part of the job. We chose to come into the spotlight. There are a lot of people who hate to come into the spotlight. But that is the nature of being an actor, you have to accept and make peace with public speculation. Some days it will be truthful, some days not truthful." (Also Read: Charu Asopa Looks Beautiful In Pink Lehenga As She Gears Up For Another Wedding In Her Family) 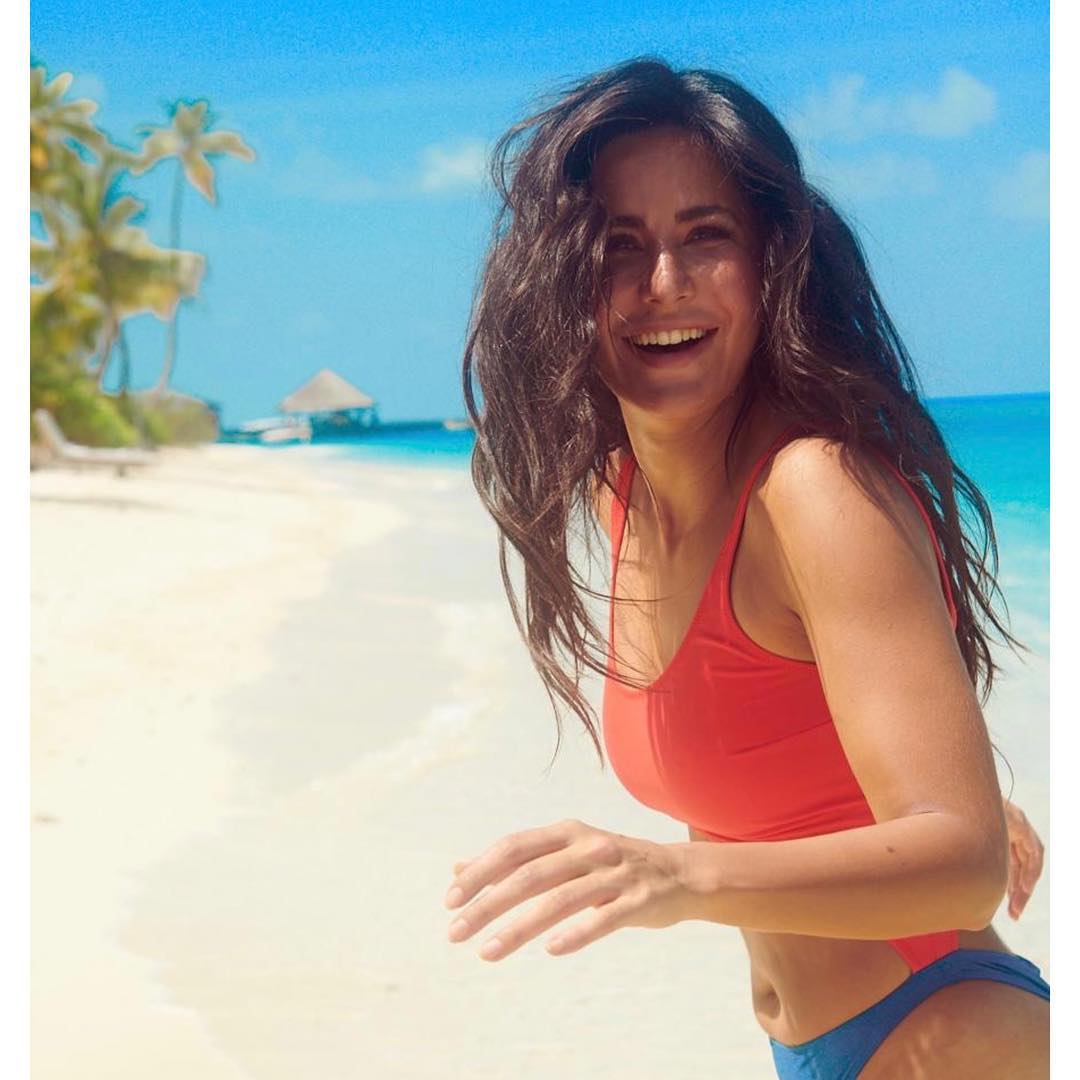 In an interview with the Times of India, Vicky had talked about his thoughts on love. He had shared, "Today’s generation is not just commitment-phobic towards relationships, but everything that seems permanent. Most people didn’t do that back in the day. I’ll take my parents for instance. My dad met my mom just once before their marriage. My mother, who didn’t know what a masterji on a Bollywood set is, got married to a man who she didn’t know anything about and moved to an unfamiliar city from Punjab. It scares me to even think where she got the courage to do this. Look at our generation, we question everything the minute we encounter a difficult situation. We start doubting and questioning the relationship."  (Don't Miss: Ayushmann Khurrana's 'Jaan', Virajveer's Sketch Of 'Bala' Is A Hint Of How Much He Misses His Father)

Well, we really hope Katrina and Vicky's relationship rumours turn out to be true!