Born on December 20, 2016, the youngest member of the Kapoor-Pataudi family has been the nation’s obsession and is the most-tracked star kid on social media, in the entire B-town. With those rosy cheeks, unruly curls and gorgeous grey eyes, Kareena Kapoor Khan and Saif Ali Khan’s tiny toddler, Taimur Ali Khan has effortlessly created a soft spot in everyone’s heart. On December 20, 2018, Taimur celebrates his second birthday and the wishes have started to pour in for this wonder-kid! (Also Read: Kareena Kapoor Khan Reacts On Saif Ali Khan's Idea Of Sending Taimur Ali Khan To A Boarding School)

Amidst all the fans who are wishing their ‘baby crush’ on his second birthday, Taimur’s maasi, Karisma Kapoor shared a lovely wish for her ‘jaan’ as soon as the clock struck 12. Sharing a beautiful picture of Taimur Ali Khan with Samiera and Kiaan Raj, Karisma captioned it, “Happy 2nd birthday to our little jaan! We love you the most!! #taimuralikhan #babynawab #mybabies”. 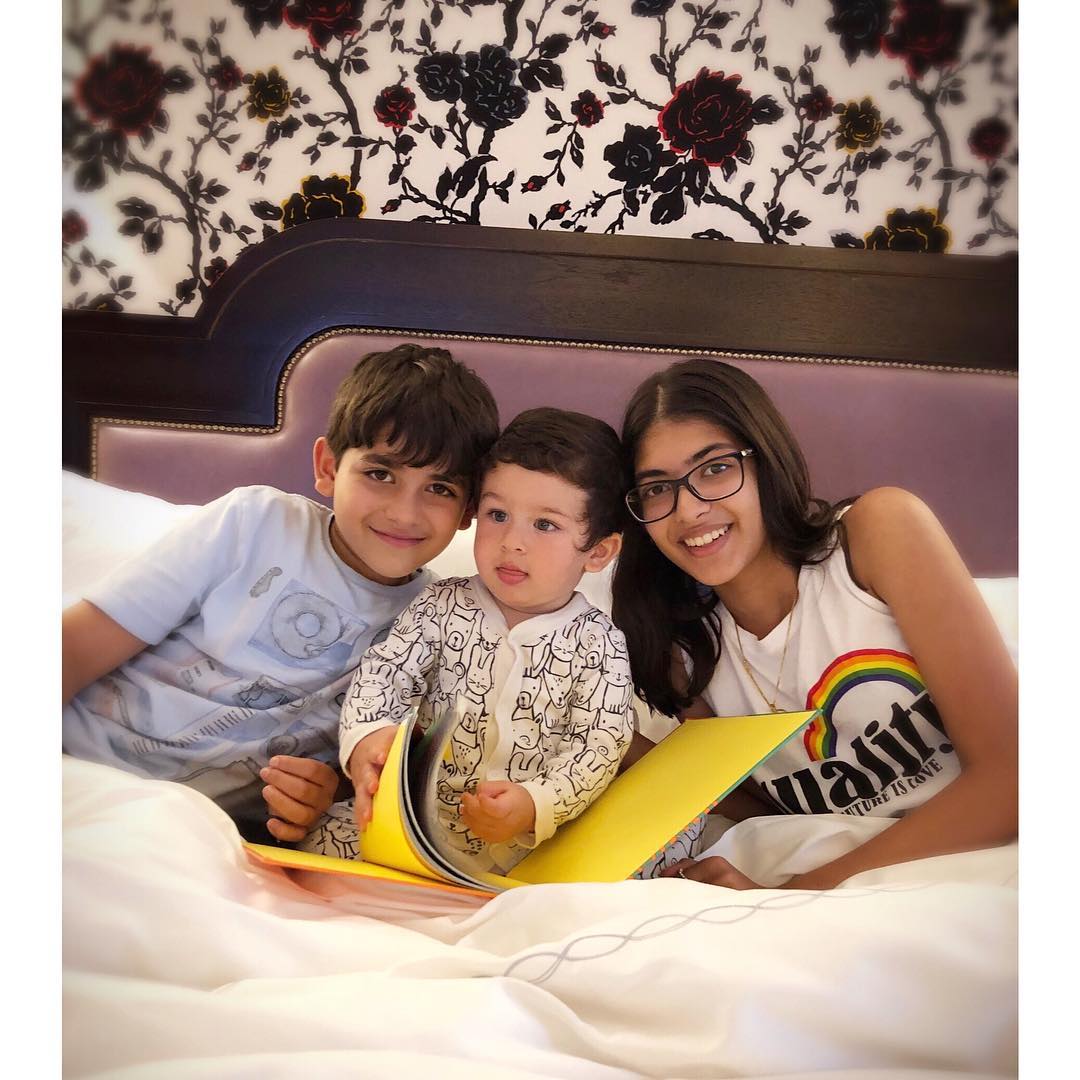 On December 16, 2018, Kareena Kapoor Khan and Saif Ali Khan along with Taimur Ali Khan jetted off to South Africa for a work-cum-leisure vacation. Senior Pataudi with his Begum and chote Nawab were snapped by the shutterbugs at the airport on December 16, 2018. Taimur mounted on Saif’s shoulders while mother Kareena Kapoor kept in tow, was a sight to behold. The ‘baby of the millennium’ welcomed his second birthday with parents in Cape Town. Some pictures of Kareena, Saif and Taimur went viral on social media, from a beach in South Africa. Kareena can be seen wearing a white summery and breezy dress, which she paired with a yellow hairband and glares. Saif too kept it casual in a light blue and white striped shirt which he paired with white shorts and a beach hat. And baby Tim charmed us and looked adorable beyond belief in his light blue tee with khaki shorts. Here’s their family picture, that will make you envious and want to go on a trip ASAP: In an interview with Mumbai Mirror, Saif Ali Khan revealed how they’ll celebrate their little one, Taimur Ali Khan’s second birthday. He said, “Kareena and I will be shooting an ad in Cape Town for a luggage brand. After that, we are going to ride horses and see some big cats for Tim’s birthday.” (Also Read: Saif Ali Khan And Kareena Kapoor Khan React To Taimur Ali Khan Dolls Selling In The Markets) 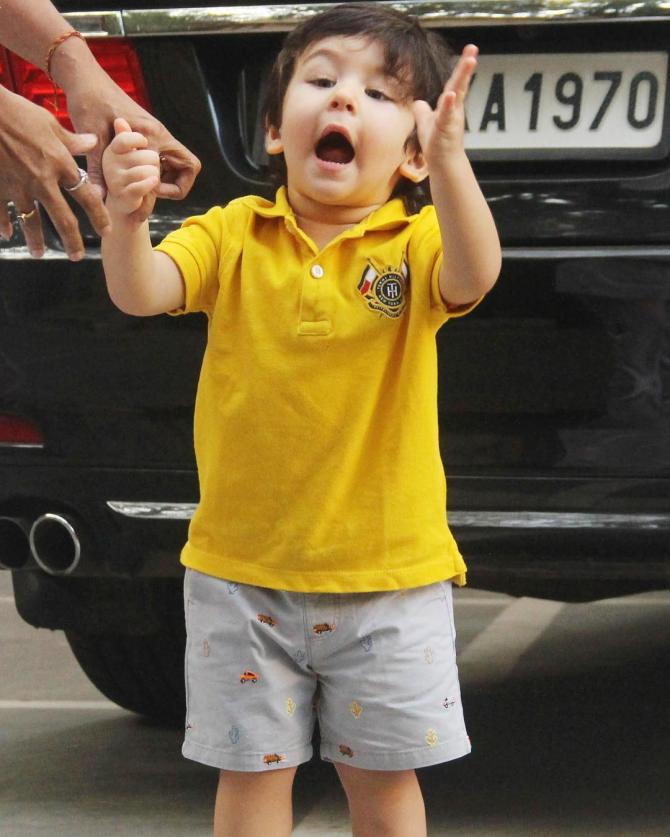 Saif Ali Khan, Kareena Kapoor Khan, Taimur Ali Khan, Soha Ali Khan, Kunal Kemmu and Inaaya Naumi Kemmu went for a holiday to the Maldives in September. And some unseen pictures of Kareena, Saif and Taimur enjoying their ‘us’ time on the trip got released on social media with an interview of the couple in Conde Nast Traveller. First, have a look at the pictures and then we’ll brief you with an excerpt from their interview: 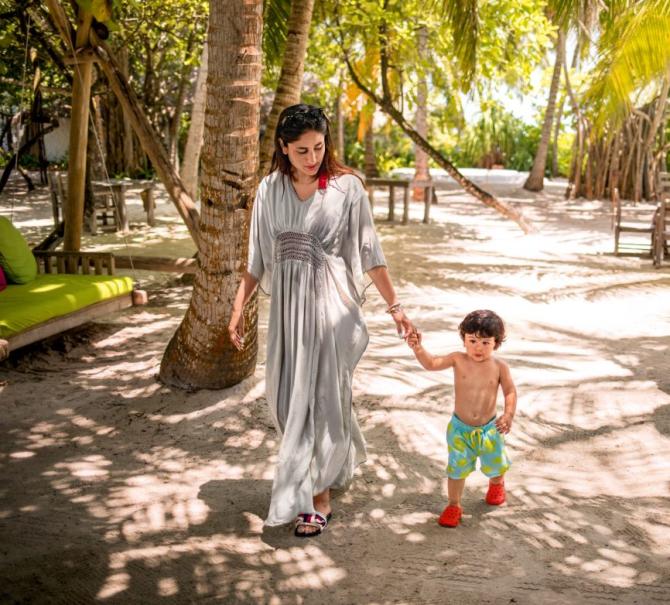 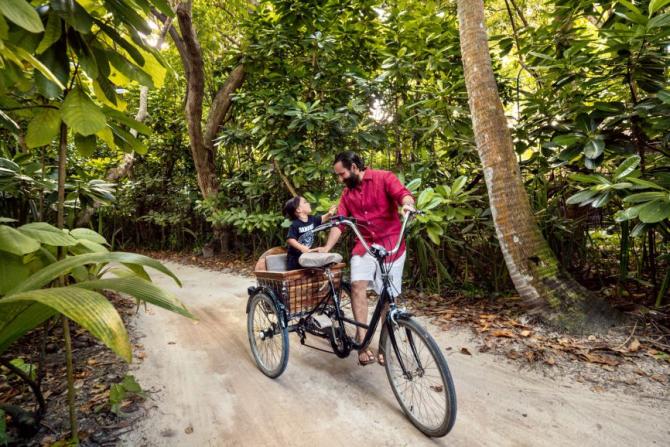 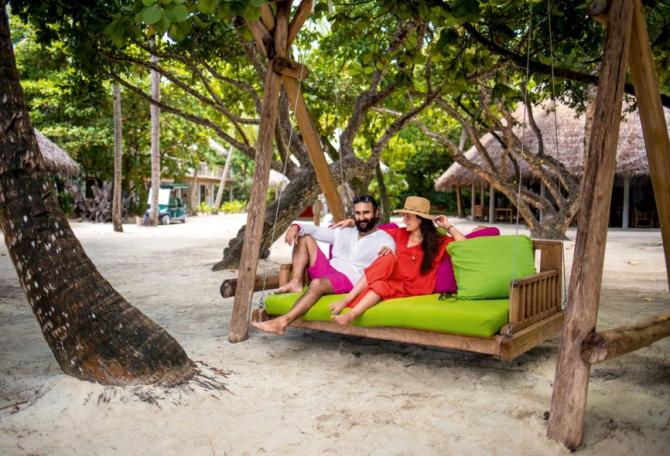 Speaking about the Maldives family trip, Bebo shared, “Actually we’ve been to the Maldives many times, but this was our son, Taimur’s first visit, which was special. Plus the Soneva Fushi is a very different kind of resort—rustic, more about the environment. It’s lush and green—the texture of the entire place is very different to places we’ve stayed at before, so that was lovely.” “When was the last time either of you did something for the first time?”, Kareena replied to this question, “Well, I’m experiencing motherhood for the first time, so everything with Taimur is a first. Travelling with him is especially new and exciting—even if we’re going to a place I’ve been to before, taking him there makes it so different. I loved the Maldives holiday, loved showing him all these new things and places, and seeing them with him.” 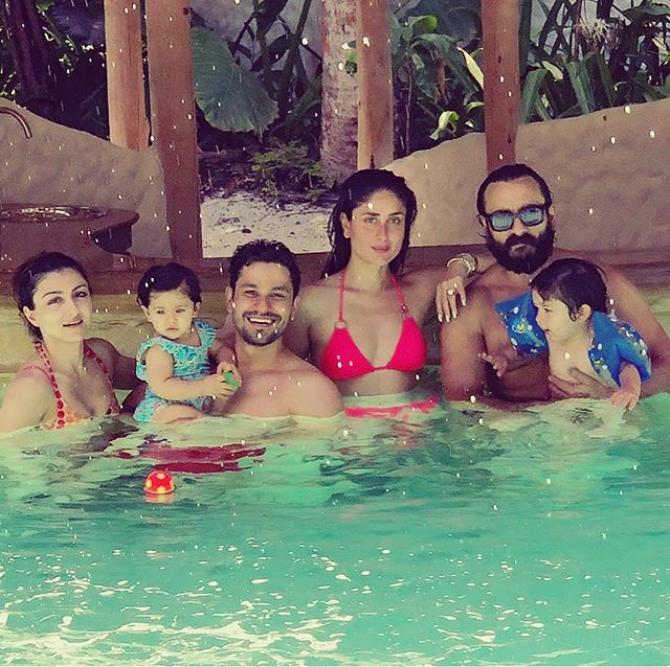 Revealing how travel has changed for them ever since Taimur’s birth and what kind of holidays they take and the experiences they want their little one to have, Saif shared in an interview with Conde Nast Traveller, “Despite having the idea of trying different things, we’ve ended up (and my wife is quite annoyed about this) going to the same places and doing the same things every year—London in summer, Gstaad in winter, with some parts of India, like Rajasthan and Pataudi, in between. We would have liked to go to more places in Italy and France—and we will. But you know, there is also something comforting about going to the same places, because the people know you and the hotel feels like home. With Taimur, we also end up travelling with a bit of an entourage. We never travelled light, but after Taimur, we travel even heavier.” (Also Read: Unseen Pic Of Taimur Ali Khan Posing Like A Boss On A Holiday With Kareena Kapoor And Saif Ali Khan) 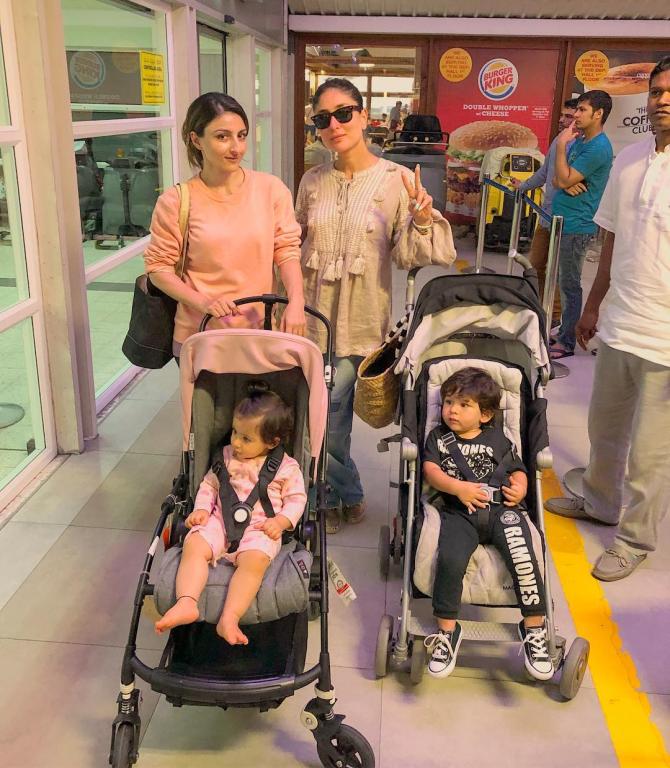 We wish our little munchkin, Taimur Ali Khan the happiest birthday in the world!