Within the past few weeks and with the festive season around the corner, our social media feeds were filled up with pictures and videos of our favourite B-town celebs in their traditional bests. While the Diwali parties kickstarted a few days before the eve, some celebs hosted the bash on the festival itself. Kareena Kapoor Khan and Saif Ali Khan are one such celeb couple who falls in the latter category as they hosted the Diwali bash at their residence on November 7, 2018. (Also Read: Mira Rajput Kapoor And Shahid Kapoor Share A Passionate Kiss On Diwali, Get Trolled On Social Media) 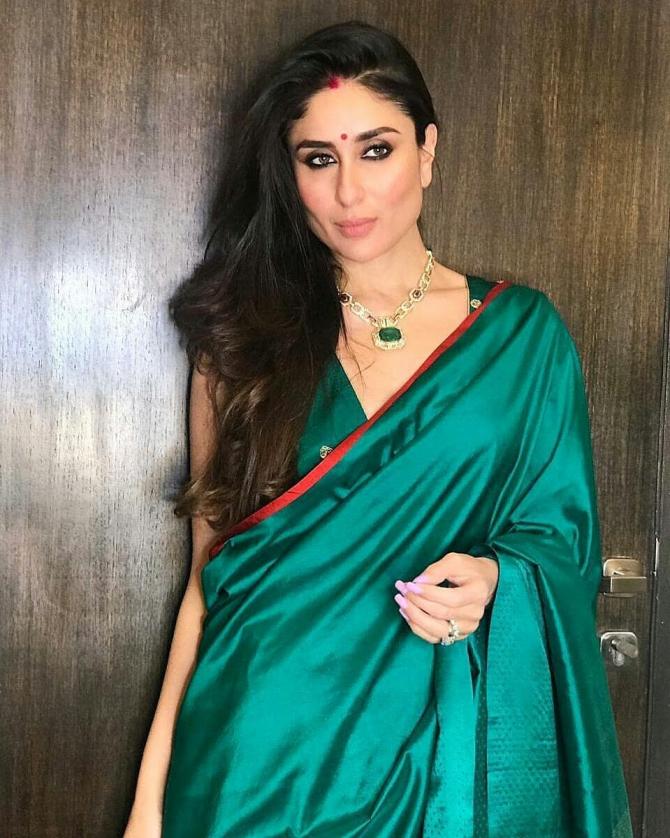 Karisma shared a picture of ‘mama’s with their babies’ on her social media handle, and captioned it, “Mama’s and their babies #aboutlastnight #onlylove #family #diwali #festivaloflights pic @khemster2”. In the picture, little Taimur can be seen cuddled in maasi Karisma’s arms, while Samiera and Kiaan pose standing beside their maasi, Kareena. 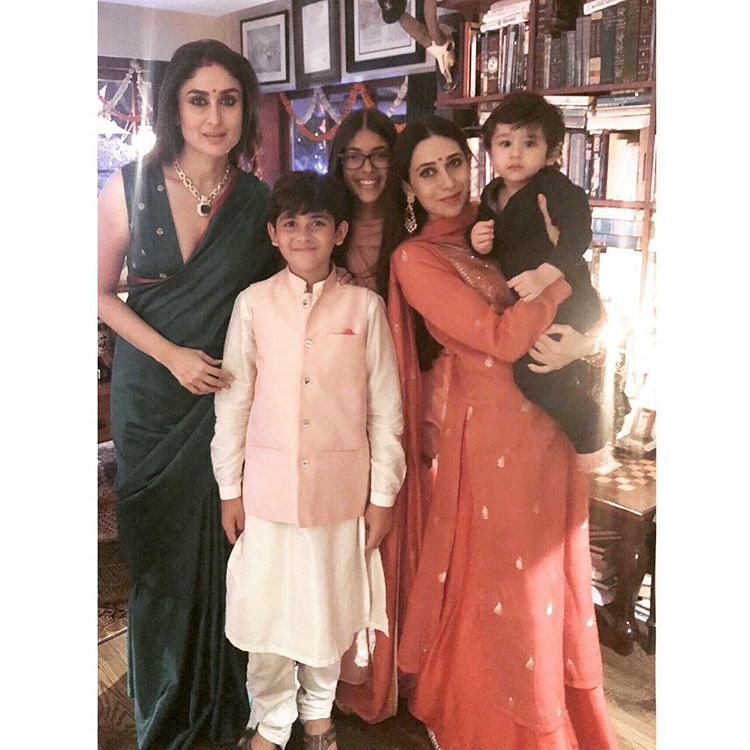 While Taimur sported a white kurta pyjama combo from Rajesh Pratap Singh in the morning of Diwali, chote Nawab looked little stud in black kurta pyjama which he wore at the evening Diwali bash. Taimur was twinning in white with daddy, Saif in the morning, while Bebo was the pop of colour in their lives dressed in a simple pastel green suit by House of Kotwara and juttis by Fizzy Goblet. Karisma also shared a picture with her children, Samiera and Kiaan in colour-coordinated Anita Dongre Couture, from the evening Diwali bash at Kareena and Saif’s residence. Karisma wore Pinkcity by Anita Dongre Fine Jewellery which accentuated her entire look. She captioned it, “Wishing you all love and laughter this Diwali #family #mylife #myloves #myworld #happydiwali Thank you @anitadongre for dressing us tonite!” (Also Read: Anushka Sharma And Virat Kohli Celebrate First Diwali Post-Marriage, They Look Dreamy Together) 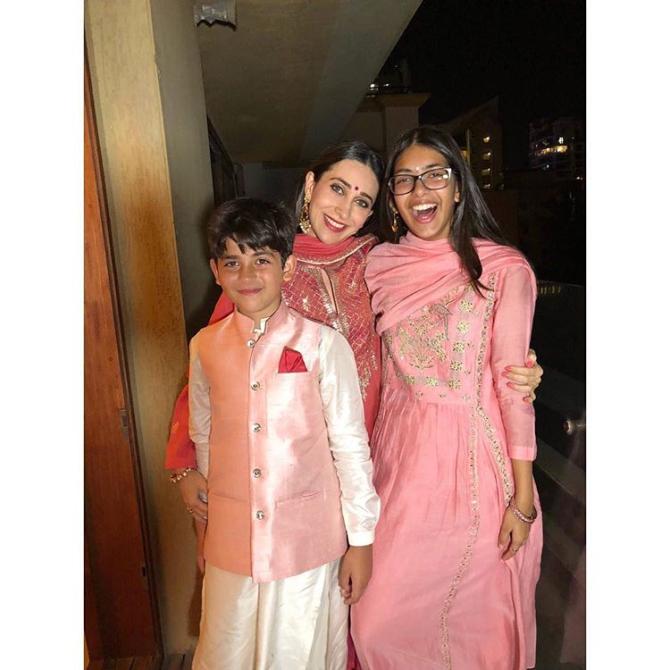 We have always adored the endearing equation between sisters, Karisma and Kareena and when it comes to fashion, these two are major goals. But just like every sibling, Karisma and Kareena too have different views on some matters. To take an example, Karisma embraced parenthood for the first time in 2005 and again in 2010, while Kareena became a mother in 2016, and the sisters have different views when it comes to parenting. 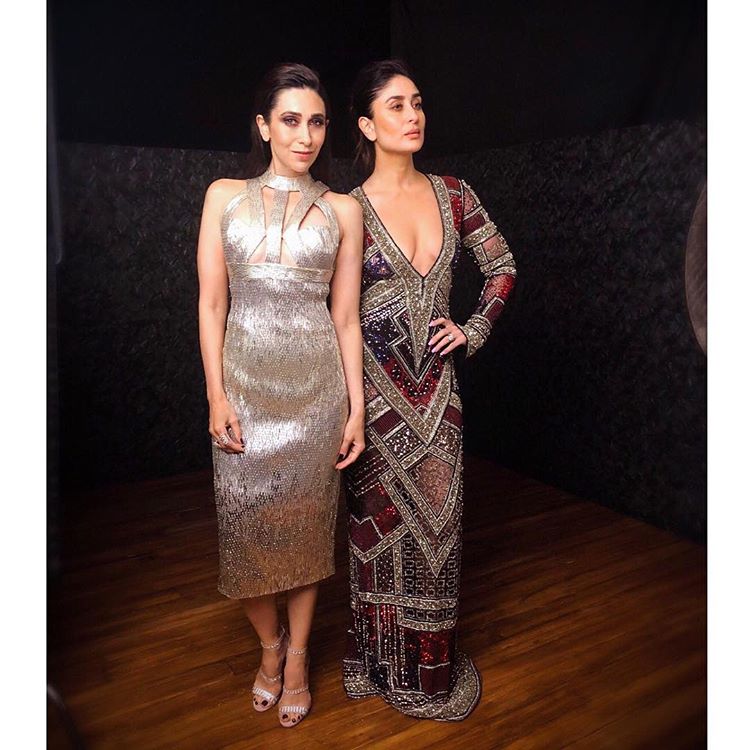 About their parenting style with Taimur, Kareena had shared in an interview, “Saif is quite English in his approach. I’m quite the Punjabi — I’m always cuddling my son. Saif has to tell me off for squeezing him till he can barely breathe! But he’s only one and I want to enjoy this as much as I can. It’s important for us to create a happy atmosphere in which Taimur can thrive. Obviously, as a working mum, I want to make sure we raise a happy and independent child.” Whereas Taimur became the internet sensation ever since his birth, on the other hand, Karisma’s kids, Samiera and Kiaan have been kept away from the limelight and paparazzi. In an episode of Entertainment Ki Raat, Karisma revealed that she and Bebo have major disagreements when it comes to raising kids. 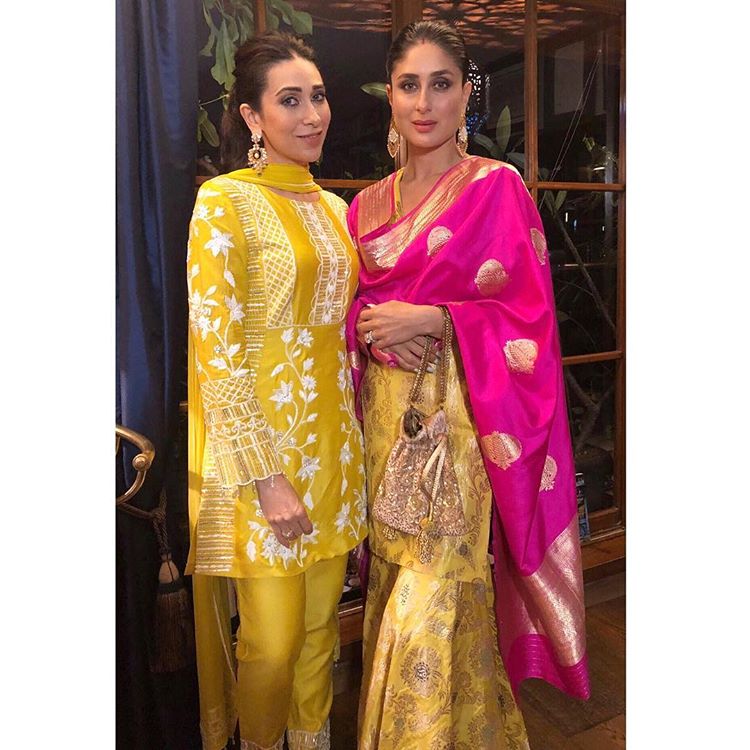 In 2017, while the nation was crazy to know how chote Nawab will celebrate his first birthday, maasi Karisma spilt some beans on the same and was quoted as saying, “Yes, Taimur’s birthday is arriving and it is a special moment for us. The family is really very excited and thrilled about the same. We will have a family get together of sorts, and will not be having a big celebration.” And on Taimur’s birthday, Karisma shared a picture hugging the little one and wrote, “Happy 1st birthday our little bundle of joy!” (Also Read: Saif Ali Khan And Taimur Ali Khan Twin In White On Diwali, Kareena Kapoor Pops Colour In Their Lives) 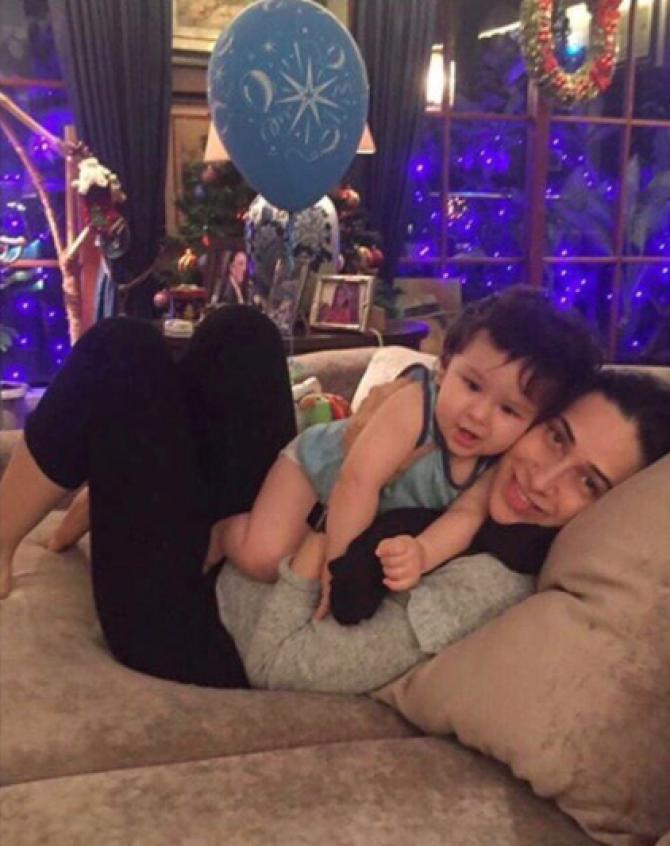 December 20 is just a few days away and we are wondering how Pataudi and Kapoor clan will celebrate Taimur Ali Khan’s second birthday. All we can do is wait and you can stay tuned with us for first-hand updates! 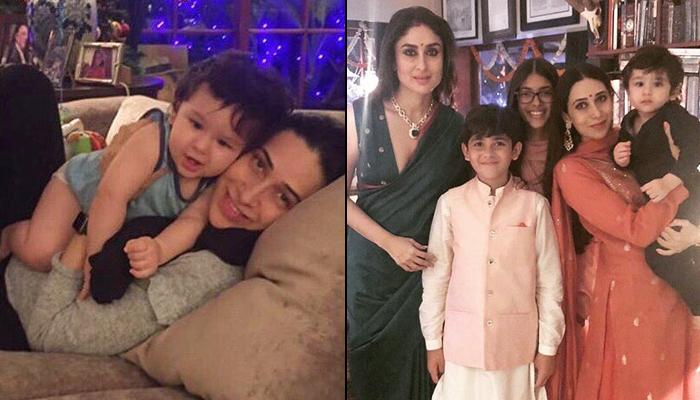 Born on December 20, 2016, the youngest member of the Kapoor-Pataudi family has been the nation’s obsession and is the most-tracked star kid on social media, in the entire B-town. With those rosy cheeks, unruly curls and gorgeous grey eyes, Kareena Kapoor Khan and Saif Ali Khan’s tiny toddler, Taimur