Kareena Kapoor Khan talked about her husband, Saif Ali Khan and the new phase of their lives. Scroll down to know it all!

Ever since Saif Ali Khan and Kareena Kapoor Khan have announced the news of their second pregnancy, the whole of Bollywood and millions of their fans are ecstatic beyond measure. Congratulatory wishes had poured in from all over, for the doting couple in a matter of hours. Now, Kareena Kapoor Khan got talking with Pinkvilla about her husband, Saif Ali Khan and the new phase of their lives. She also talked about what makes Saif Ali Khan stand apart from the crowd and how has he changed. (Recommended Read: Ananya Panday's Dad, Chunky Panday Denies Working With Her, Says 'There'll Be World War At Home')

While talking about the same Kareena emphasised that Saif is not the one to chase success, or be a part of the 'number game'. He doesn't care about the rat race. Stressing on Saif's artistic inclination, Kareena shared that if Saif wants to do a film like Laal Kaptaan, he'll go ahead and do it to nurture the 'actor' in him. And this is what something Kareena absolutely loves about him. Bebo further quipped that Saif can talk about anything under the sun and that they both enjoy watching movies like Miss Marple, which no one would want to watch. 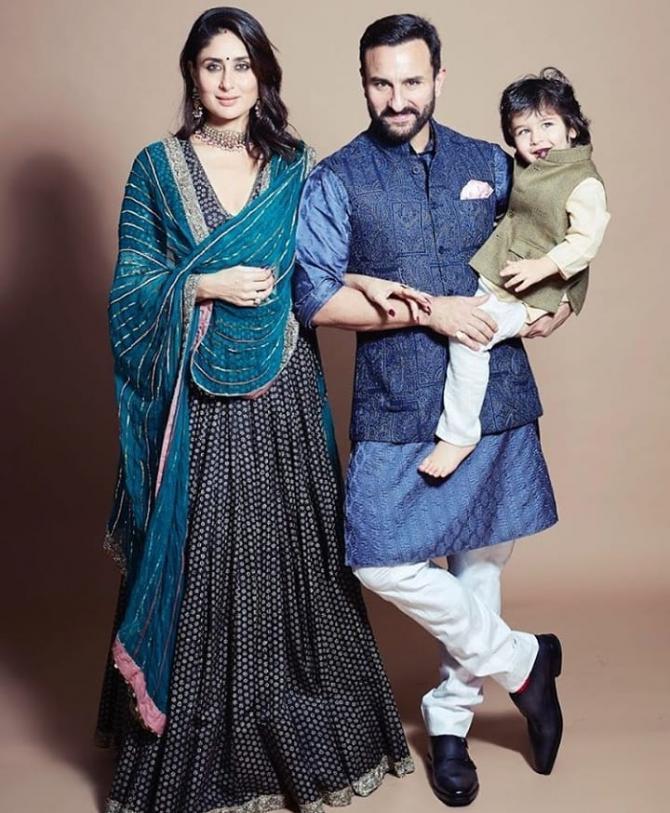 Further, talking about how staying home has brought a sense of calm and patience in Saif, she said, "He's like I need to stay in isolation because we need to help others. We have to stay positive about it. We can't moan about it. People are like '2020 is gone'. He says it's okay na. It's just a matter of a year. He's so calm and that has rubbed off on me also. He's also grown more emotional and empathetic. He shows it in different ways. Like, if I'm upset about something I read or heard, I'll just cry. Usually, he won't show it. But now his emotional quotient has increased by 50 per cent." (Also Read: Kangana Ranaut's Mother Organised A Mahamritunjay Puja At Home For Her Daughter's Safety [Video])

On August 16, 2020, Saif Ali Khan had turned 50 and his darling wife, Kareena Kapoor Khan, had shared an adorable video capturing 50 years of his life. The video had featured some of the memorable moments of Saif's life. Along with the video, Kareena had penned a heart-warming caption which could be read as "Happy birthday. I made a video for Saif's 50th capturing 50 years of his life, which I shared with him last night. It was 22 minutes long and I still felt there was so much more to be said! Am sharing here a glimpse of 50 pictures of the video that is from the heart. Happy birthday love... you make 50 look so good and so well lived!" Kareena had also given a sneak peek into his grand birthday celebration. Sharing a Boomerang video with Saif and flaunting her baby bump, Kareena had written, "Happy birthday to the sparkle of my life", followed by a heart emoji.

Did you know how little Taimur had reacted to abba, Saif Ali Khan's tattoo, which is his mumma, kareena's name in Hindi ? Saif's decision of getting Kareena's name inked on his forearm was a rather spontaneous one. When Taimur had noticed the tattoo on his father's arm, he had asked him what is it. In an interview with Brides Today, Kareena had revealed Taimur's reaction and had said, "He has done lots of romantic things. I think the most romantic thing is when my son points at it now and asks. Like, he is all the time looking at that tattoo. And Saif is like, 'This is your amma's name'. And he (Taimur) keeps wondering like, 'What is he saying?' I think that's a special moment for me." (Don't Miss: Bipasha Basu And Karan Singh Grover Speak About Embracing Parenthood Via Adoption, Reveal The Reason) 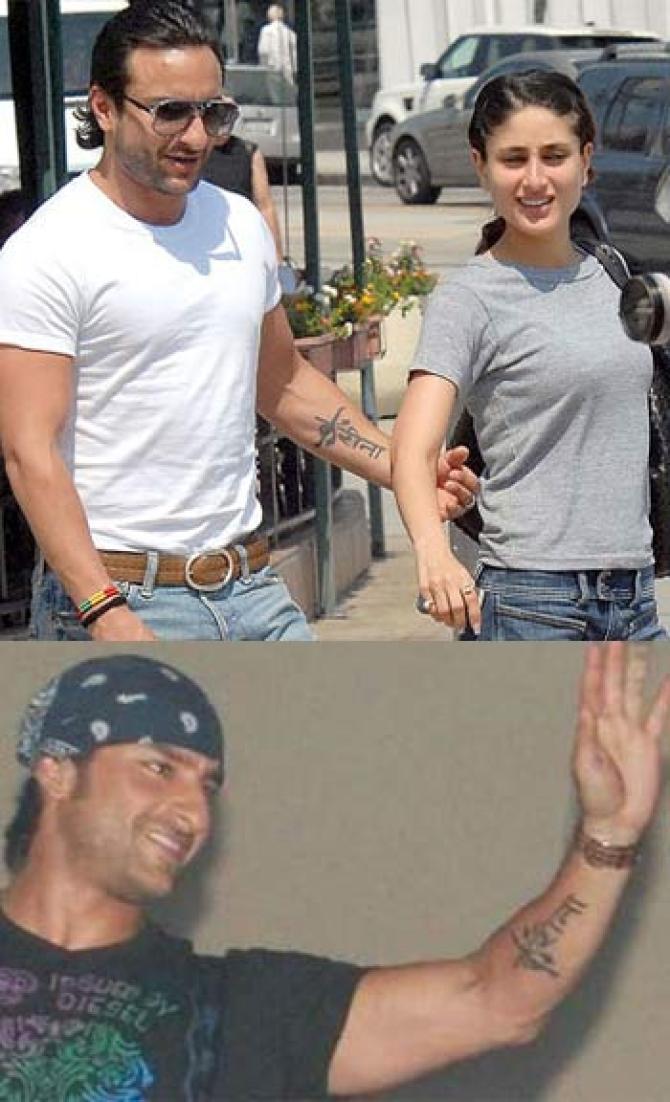