It’s the Halloween season and while the celebs are gearing up for it with a lot of spook on, star kids too, aren’t left behind in celebrating this festival with their pinch of cuteness. Our social media feeds have been missing Kareena Kapoor Khan and Saif Ali Khan’s soon-to-be two-year-old munchkin, Taimur Ali Khan for quite a while, but now he is back and like how! While we are expecting some scary costumes at the Halloween themed-parties in B-town, the cutest witch/vampire/superheroes just popped up on our feeds and we can’t get over how adorable they look! (Also Read: Kareena Kapoor Khan Celebrated Karva Chauth With Son, Taimur Ali Khan And Her Girl Gang, Pics Inside)

They’re none other than the B-Town’s favourite star kids, Taimur, Karan Johar's twins Yash Johar and Roohi Johar, Tusshar Kapoor with his son Laksshya Kapoor, Abhishek Kapoor's wife Pragya Yadav with her little one and Neelam Kothari with daughter Ahana Soni, amongst others came together to celebrate this festival at Aayush Sharma and Arpita Khan Sharma's son, Ahil Sharma's Halloween bash. And we must say, this time the star kids have outdone themselves. Why do we say this? See it for yourself and be prepared for a mini cute-attack:

Doesn’t it seem like the best Halloween party ever? While Taimur Ali Khan looked the cutest vampire in town with his fangs and cape on, Roohi was dressed in a black frock with all the extra flare with the net and Yash was dressed in a deer like suit. Meanwhile, Soha Ali Khan too, shared the most adorable capture of the ‘size zero witch’ in town, her daughter Inaaya Naumi Kemmu wearing a skeleton suit, a star-print cape and a matching hair band. Soha captioned it as, “Peek a boooo!! #happyhalloween in case you are wondering I’m a size zero witch #scarytrends”. Have a look! 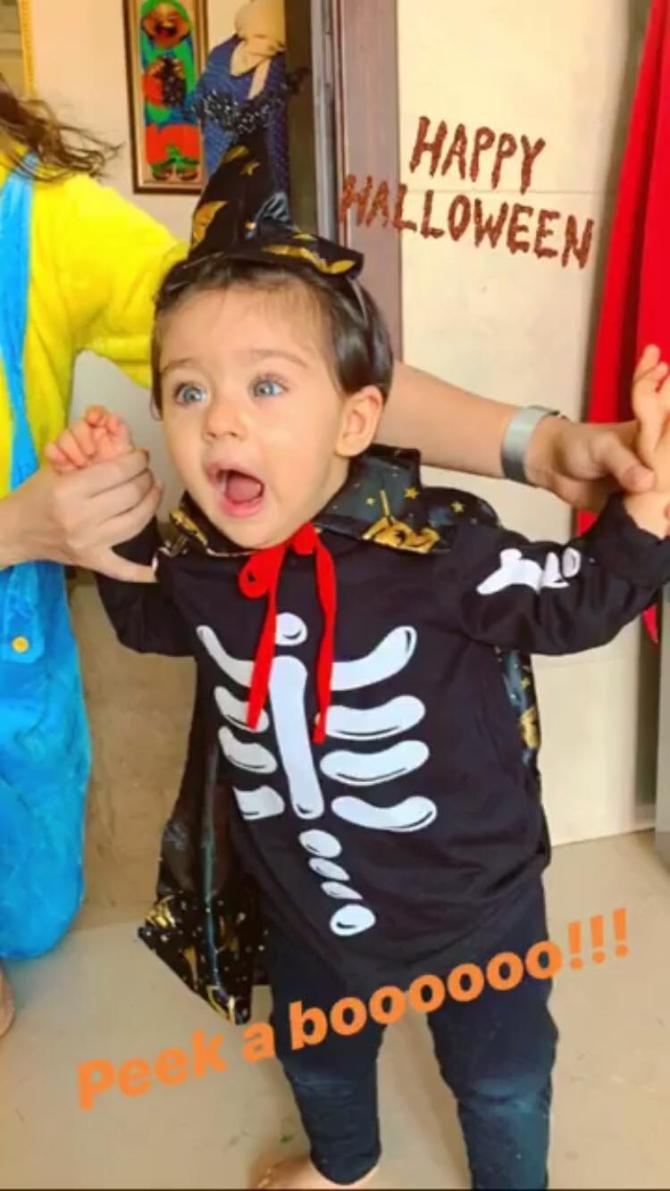 Recently when the buzz was doing the rounds that Saif Ali Khan and Kareena Kapoor Khan have asked the shutterbugs to not click Taimur because the little kiddo has started registering everything and has also transgressed from just waving at them to being vocal and shouting ‘hi’ and ‘bye’. The reports stated, “Saif Ali Khan has requested the paps to not photograph baby Taimur anymore since at this age he has begun to register things in his mind more consciously.”

The reports further stated, “As parents, Saif and Kareena don’t wish Taimur to start understanding the paparazzi culture and already get affected by it. Until now as a kid, he was just enjoying the flashes and attention as fun since that looked unique to him but since he’s growing up now, they don’t want him to register the pattern and start getting used to it.” (Also Read: Taimur Ali Khan Dealing With Paparazzi At Young Age Is Perfect Glimpse Of A Superstar In The Making)

But don’t worry and breathe a sigh of relief. When Saif was asked about the same, he denied such reports and was quoted as saying, “Who are we to decide? Who will listen anyway? Of course, it's not true.” 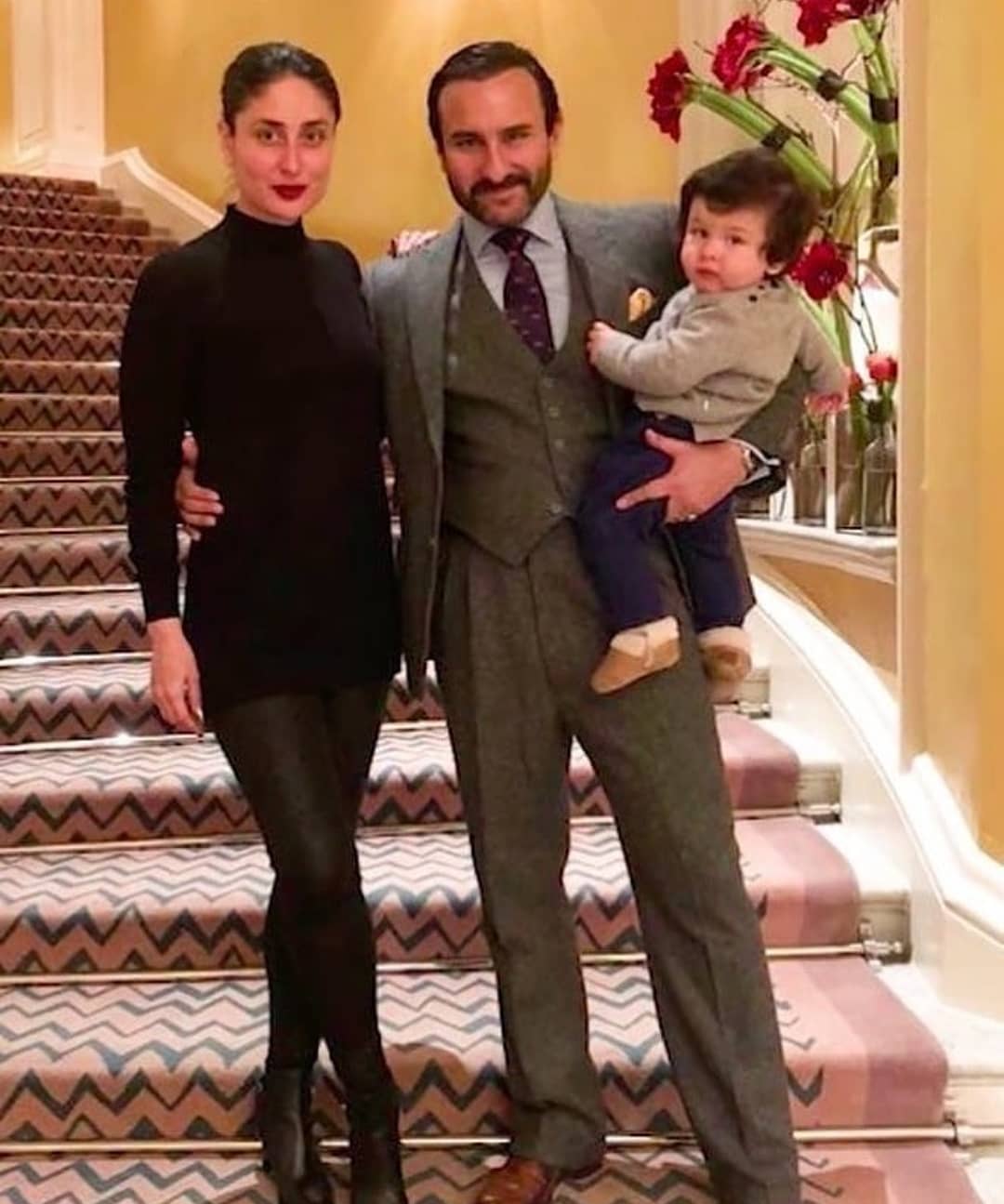 During the promotions of his film, Baazaar, Saif revealed that every producer he works with wants to involve Taimur during the promotions. Saif laughed and shared, “Every producer I am working with is half-jokingly saying, "Haha can we put him (for promotions)". With white in his hair (referring to his look from Baazaar). With Kaalakaandi, they wanted to put rubber bands. In Hunter, they want to put that Naga Sadhu wig on this poor guy.” 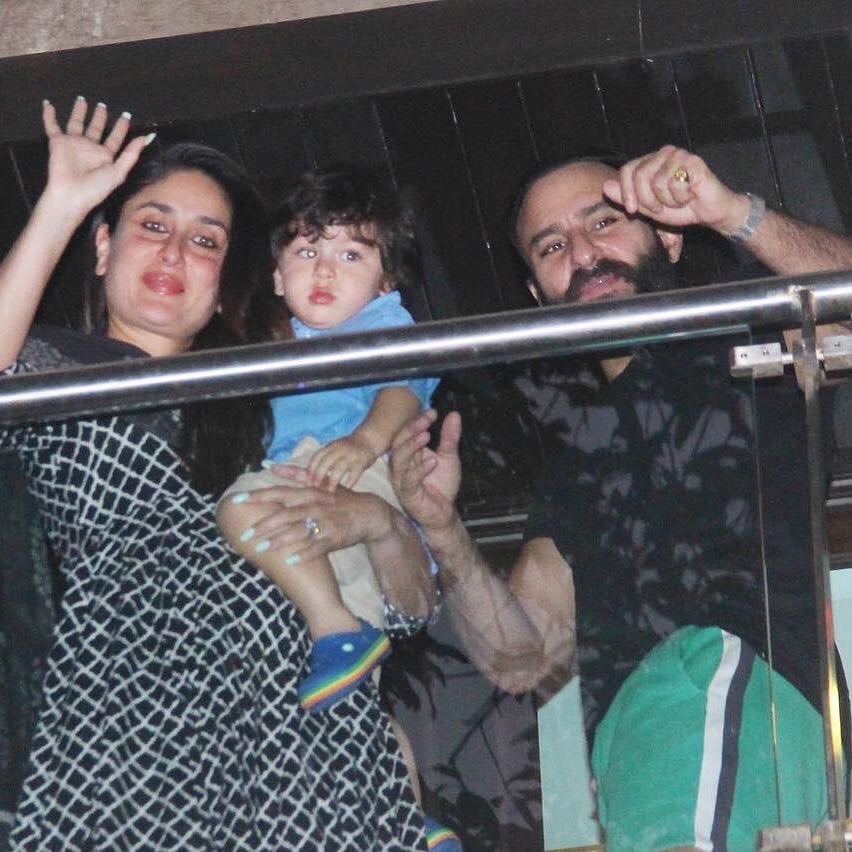 Revealing the moment when he told his wife Kareena, "Let's sell him", the missus’ reply is epic. Elaborating the same, Saif had said, "Don't be so cheap. You can't sell your son (Taimur). I am like, "Why not? Let's sell him." Seriously yaar, he is any way there on the internet. I am just using this platform to say if anybody has any good nappy ads or anything... at a very reasonable price...it's not reasonable, it's quite expensive actually. And, I won't give him the money also. I'll give him some cash for his education, I am already giving it to him. And I'll spend the rest!” (Also Read: Taimur Ali Khan Has Already Started Accompanying Buddy Like Dad Saif Ali Khan To Gym, Pic Inside!) 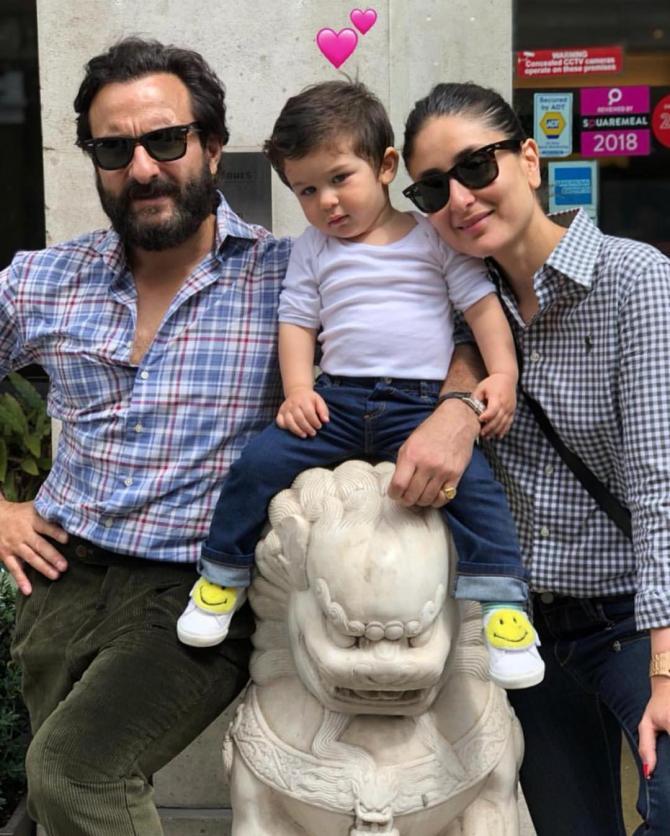 Just to end this piece on an adorable note, take a look at the video of Taimur’s cutest video till date, wherein the paparazzi greeted the chote Nawab as Taimur and the little one corrected them by saying, 'It is Tim', which was followed by the most adorable ‘bye’ in the world. Here’s the video:

Whose Halloween costume did you like the most? Share it with us in the comments section below.