If you are having mid-week blues and second thoughts whether you should go to your gym or not? Then you must scroll down as Kareena Kapoor Khan will motivate you with her yoga postures!

Bollywood's favourite fashion enthusiast, Kareena Kapoor Khan's journey is no less than a blockbuster film. She came and she conquered everyone's heart. She is one of those actresses, who will surprise you with a new move or a look. The actress believes in reinventing herself and follows her heart no matter what the world says. (Recommend Read: Shahid Kapoor Can't Stop Praising Zain Kapoor's Features, Says He Keeps On Fanboying Him All Day)

And while we totally love her acting journey to her fitness regime, she had made headlines with her post-pregnancy weight loss. Well, we all know Kareena is no stranger to transforming her body for a movie role. Remember in 2008, she had lost almost 20 kg and weighed 48 kg for Tashan. Time and again, the diva continues to inspire us with her fitness regime. So, if you are a fitness enthusiast or simply someone, who needs a little motivation and kickstart, scroll down as Bebo inspires us with her mid-week yoga game.

Chhavi Mittal Gets Back To Her Fitness Routine While Husband, Mohit Hussein Takes On The Baby Duty Recently, an Instagram fan page of Kareena posted a smoking hot picture collage of her, while she is practicing yoga. She looks gorgeous and every bit of a diva as she nails some of the most difficult yoga poses, right from headstand to chakrasana. Well, the actress performing four different poses is definitely an inspiration. Take a look at it below: 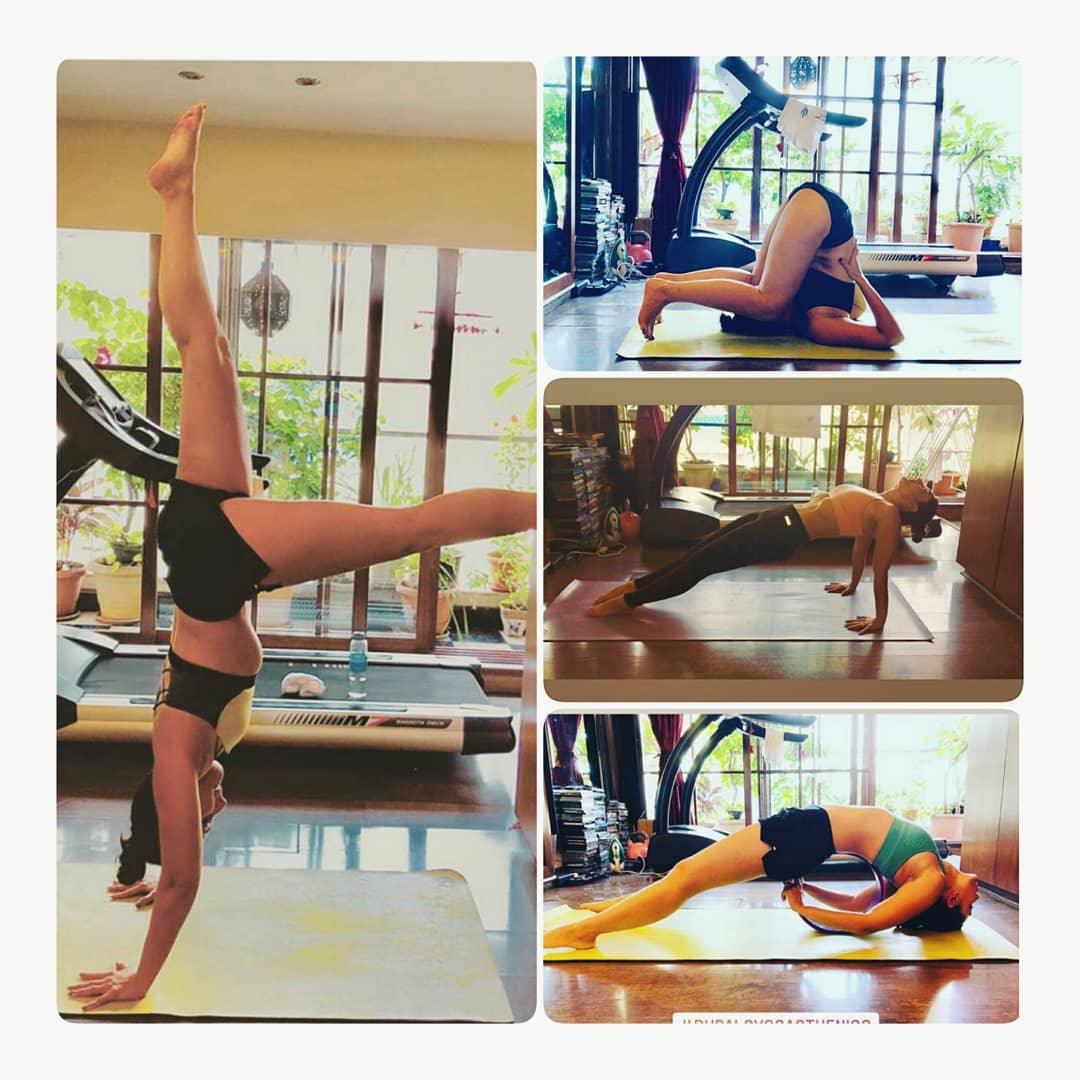 Kareena has always set goals and trends for all of us. But it is her post-pregnancy weight loss that made us believe that nothing is impossible. In a throwback interview with the Mid-Day, she had shared how hard it was and had said, "Not only had I had a child, it had also been 10 years since Tashan released. Namrata made me repeat that journey even though [I had aged]. I had child-bearing hips and gained a lot of weight. But, she merely asked me to believe in her. She was set to change my body." (Also Read: Vivan Bhathena Says He Would Not Have Announced The Birth Of His Baby Girl, Nivaya Bhathena) 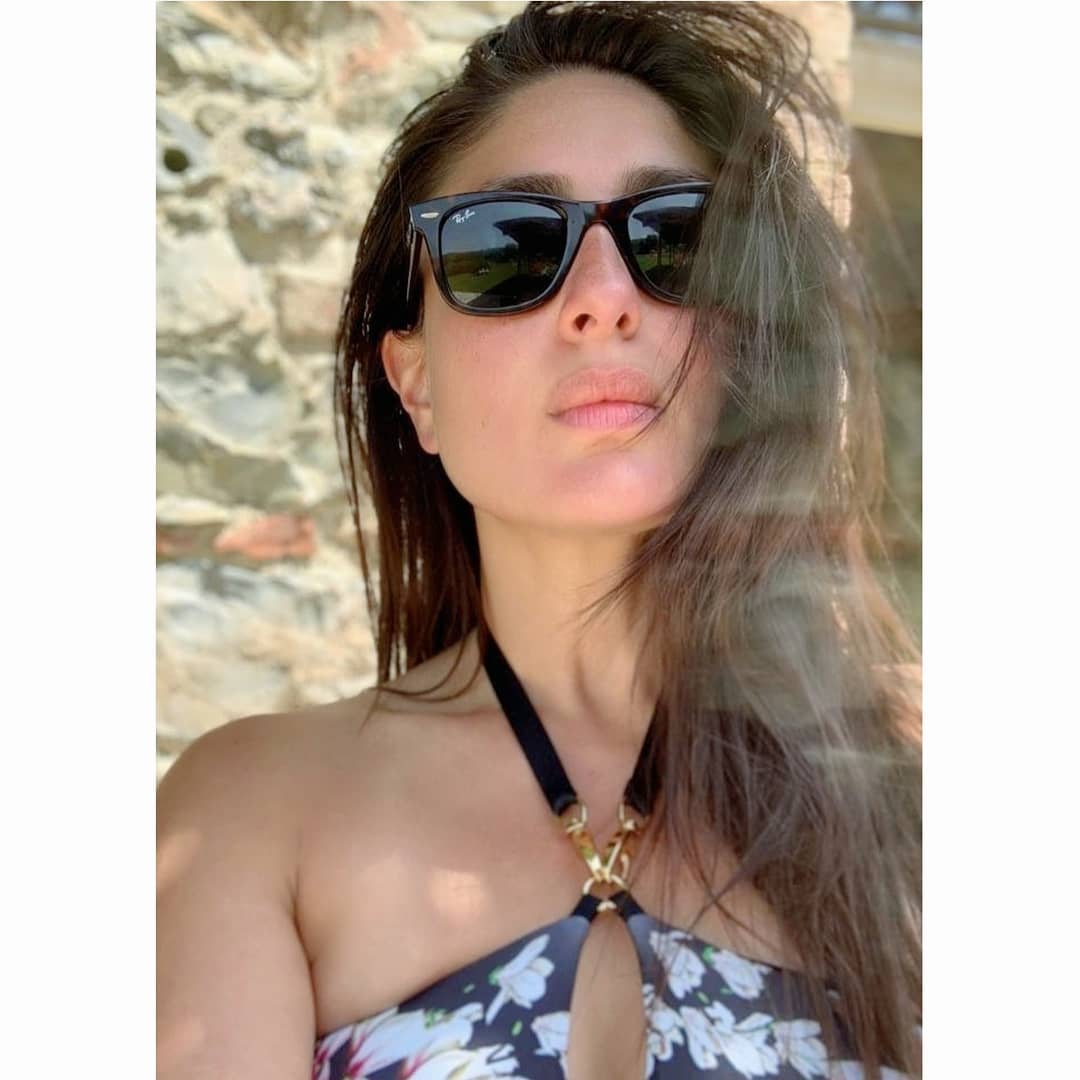 She had further added, "We started our journey with me executing a mere eight repetitions in each exercise because I had weak back post delivery. Today, Namrata and I trained together, and executed a high-intensity class that involved 20-30 reps, one after another."

For those who don't know, Kareena always believed in worshiping her body like a temple and so instead of jumping to dangerous crash dieting, she tries losing the weight the good-old traditional way - exercise. In an interview, she had revealed how she had achieved the size-zero figure 11-year-ago. She had shared, "The size zero phase was a result of a combination of yoga and Rujuta's meal plan. I was 68 kilos, and she brought me to down 48, which is when I gave that bikini shot for Tashan. I took up that project as a challenge. Adi [producer Aditya Chopra] told me, 'You need to be super fit to be in this movie. Will you be able to do it?' And I said, 'Of course." To which he had said, 'You're quite a heavy girl.' But I was determined. I was ready to challenge my genes, stand there in a bikini and show him that I can have amazing abs." In the same interview, she had clearly stated that she never went on any crash diets or unhealthy ways to lose weight. She had said, "I'd love to make this fact clear that I lost weight the right way. I'm a Kapoor with a Punjabi build. I can't live without wholesome food and would not have been able to conceive, had I not eaten the way I did. Rujuta always had things sorted out for me, balancing the right amount of fat in my diet. I trusted her blindly, even when I was told to consume Parathas with ghee. Even today, I call her and tell her if I feel acidic after a string of late night commitments, or when travelling. Instead of prescribing medication, she'll recommend I have a glass of chilled milk with gulkand (a sweet preserve of rose petals) in it. On other occasions, she'll ask me to have water with kesar (saffron) to flush out toxins. Her methods work well for me." (Don't Miss: Faisal Khan And Muskaan Kataria Part Ways, They Are Living Separately Now (Details Inside))

Well, Kareena definitely gave us some mid-week fitness motivation! What about you?