Karanvir Bohra's daughter, Gia has turned 5 months old and the baby girl is learning new things every other day. This time Gia has learned to sit on her own and her mommy, Teejay Sidhu is proud!

If you are a parent, you would know how great it feels when your little one starts to learn new things every day. It is not just about the first word or the first walk, every teeny tiny thing about them matters, even if it is them holding the spoon on their own for the first time. Karanvir Bohra and his family are rejoicing these little moments as his daughter, Gia is growing up fast and picking up on things. This time, Karanvir’s daughter has learnt to sit on her own and her mommy, Teejay Sidhu is super delighted.

Well, for Karanvir Bohra and Teejay Sidhu, their life has become a fairyland with their three little munchkins. Their parenthood journey had begun with the birth of their twin daughters, Bella and Vienna on November 19, 2016. After four years of pampering their twin daughters, KV and Teejay had welcomed their third daughter, Gia on December 16, 2020, and had announced the same on December 21, 2020. Gia has become the jaan of her family members and not just her parents, but her elder sisters too dote on her and pamper her like their baby girl. 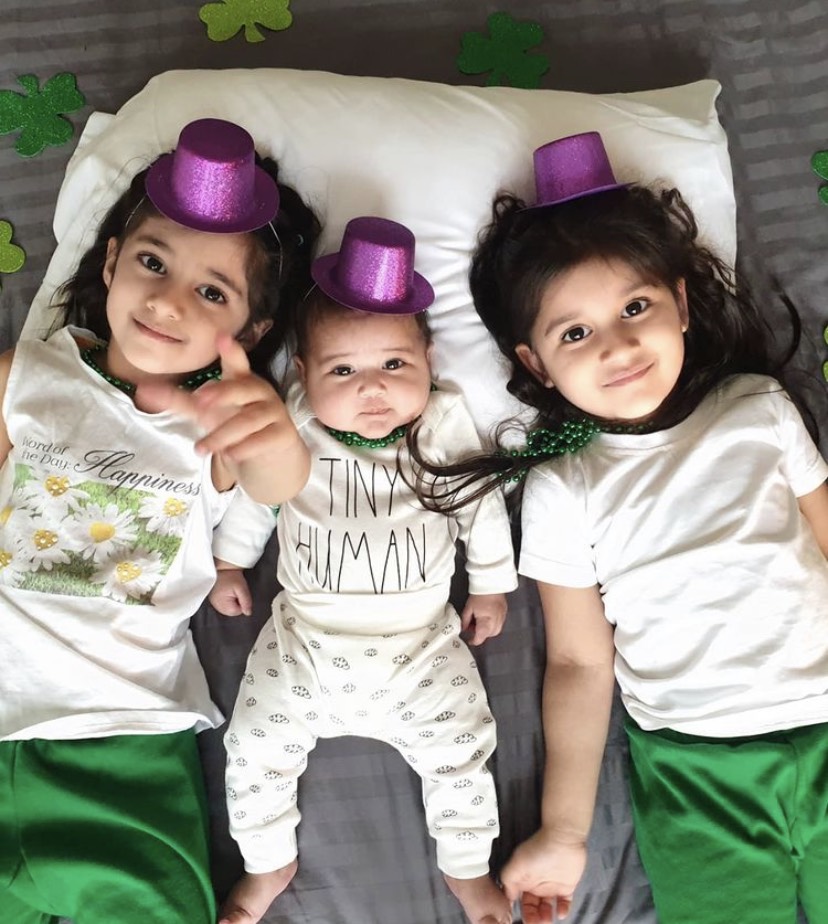 Gia is five months old and is learning new things every other day. The baby girl has now learned to sit on her own and her mommy, Teejay Sidhu could not help but record her. Taking to her IG handle, Teejay shared a video of her youngest daughter, Gia sitting on the bed on her own. Teejay can be heard cheering for her baby girl, who later wobbled and fell on the bed. Nonetheless, we must say it was a great try by Gia. Sharing the video, Teejay wrote, “5 month milestones.. Look who learned to sit up yesterday! A little wobbly but getting there! I don't want to put pressure on her little bones so I don't let her sit too much yet. But I admire her tenacity and enthusiasm! She wants to keep trying!”

As the first year for every child is the most crucial one because they learn many things, Karanvir’s daughter, Gia too, is learning things. A few days back, Gia had learnt to talk and had held a conversation with her elder sister, Bella. On Bella and Vienna’s official IG handle, we had found a cutesy video of Bella and Gia as the two sisters had talked. In the video, Gia could be seen in her mommy, Teejay’s arms, making noises as her elder sister, Bella had started talking with her, to which the baby girl had responded with some more noises. The video was captioned as “BELLA - My baby sister is learning how to talk! @thebabysnowflake.”

Karanvir and Teejay are ensuring that their daughter, Gia inculcates good habits and a glimpse of the same was shared by KV on his IG handle. On May 16, 2021, Karanvir and Teejay's daughter, Gia had completed five months. In the video, we could see Karanvir, teaching his daughter, Gia how to give aragh to the God, Sun. Karanvir had taken his daughter's hand in his hand as he had tried to make her give water to the Sun. Along with the video, the actor had written, "On her 5th-month birthday @thebabysnowflake she is learning to give #aragh to the sun god. May all the elements be, by your side forever and you be one of the elements to spread love in this world. Happy Birthday."

Well, we must say, it was a great try on Gia’s part! Way to go girl! 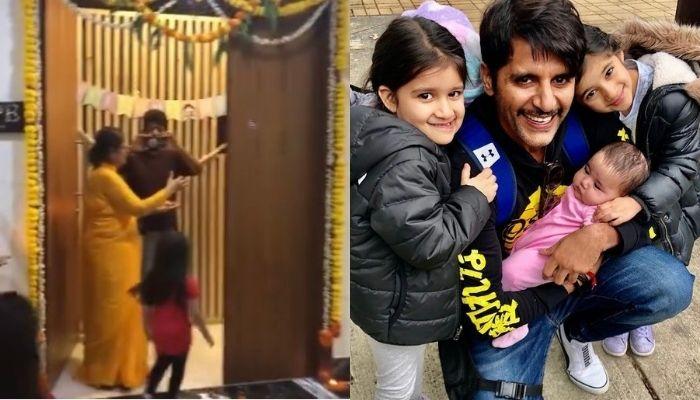 Karanvir Bohra and his wife, Teejay Sidhu are enjoying a blissful life with their three daughters, Bella, Vienna and Gia Vanessa. Karanvir and Teejay had embraced parenthood for the first time on October 19, 2016, with the arrival of their twin daughters, Bella and Vienna. After four years, they had