Ahead of the release of his debut film, Karan Deol shared an account from his childhood when he was bullied in the name of his superstar father, Sunny Deol, also revealing how he gave it back to them.

While daughters copy their moms from their very childhood, sons start viewing their dads in the light of a superhero without a cape. He will be stern at you only to make you a better human being. He will be the first person to teach you how to ride a bicycle and then leave you to tread your own path, even after your multiple pleas to him to not leave you. Soon after, you realise that you have actually learnt to balance the two wheels of a bicycle on your own! That’s what dad’s do to us. And Karan Deol, the first one from the younger lot of Deols’ to soon make his Bollywood debut is full of gratitude for having a dad like Sunny Deol and the dream that he is now living. (Do Read: Samantha Akkineni Posts Full Family Picture From Ibiza On Father-In-Law, Nagarjuna's 60th Birthday)

Karan Deol’s Pal Pal Dil Ke Paas is releasing on September 20, 2019, which is directed by his father, Sunny Deol and produced by his grandfather, Dharmendra ji. The film is already garnering a lot of attention and we can’t wait to see how he fares on the big screen. Blessed with Deol looks and talent running in his genes, we are very sure that this star kid has a long way to go! As fancy as faring from a star family might look to you, it is always an additional pressure on them to match up to their star family. Right from their growing up days to their starry big screen appearances, star kids are always under complete public scrutiny.

Sunny Deol Shares An Unseen Video Of His Mother, Prakash Kaur Playing In The Snow In a recent anecdote about himself on Humans of Bombay, ahead of the release of his debut film, Pal Pal Dil Ke Paas, Karan Deol shared an account from his childhood when he was bullied in the name of his superstar father, Sunny Deol. Revealing the entire incident and how he gave it back to them through his actions, Karan shared, “The first memory I have of school, was when I was in 1st grade. We had a sports competition and I was taking part in a race. I was standing there when suddenly a few older boys surrounded me. One of them lifted me up, and in front of everyone, smacked me down. He then asked me, ‘Are you sure you’re Sunny Deol’s son? You can’t even fight back’. I was so embarrassed.” 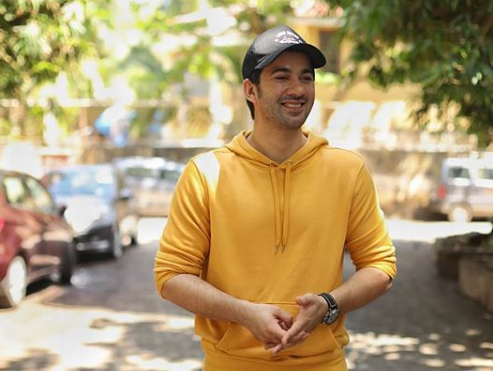 Karan Deol continued, “It didn’t get any easier from there. Most kids would either judge me or make fun of me, and even the teachers were the same. Once when I didn’t do well in an assignment, in the middle of the class, a teacher came up to me and said, ‘You’re only capable of writing your dad’s cheques, and nothing else.’ My mom was my only support through all of this, she kept telling me, ‘They’re saying these things because that’s how they are as people, it says nothing about you.’ And that kept me going. It was tough but I had to stand up for myself and answer back instead of giving up and backing down. I had to understand that no one else, but I had the right to decide my worth." (Also Read: Archana Puran Singh's Younger Son, Ayushmaan Sethi Is Dating A Gujrati Girl From Ahmedabad) 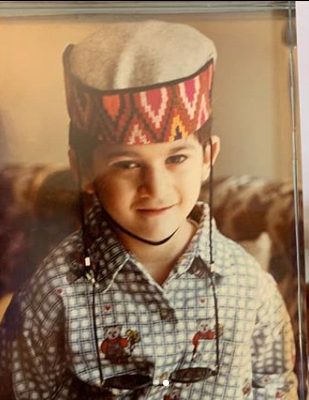 Karan Deol further shared, “I think my turning point was when my school was hosting a talent competition, and I decided to take part. I realised that this was a chance to prove myself. I spent night after night, preparing a rap -- because that’s the only thing I knew I was good at. On the day, I remember walking up on that stage, and there was a sea of people, with all eyes on me. But I took a deep breath and performed my heart out. All the years of being bullied, of being ridiculed, of being identified as nothing else but ‘Sunny Deol’s son’, came out when I was up on that stage. The audience was cheering me on too -- I felt so liberated; like I’d finally broken free from the shackles.” Karan Deol concluded with, “It took time, but that moment changed my life. I realised that sometimes, it doesn’t take people, and situations, to make your life better. It takes a strong belief in yourself, the power to see yourself for who you are, and not the way others want you to be. You’re not made to fit into moulds, you’re made to create your own identity -- one that’s unlike anybody else’s.” Isn’t that beautiful? 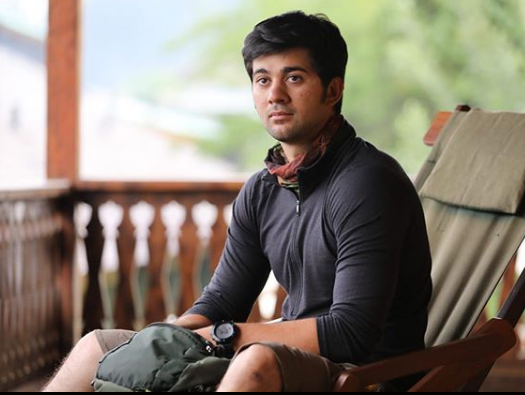 Karan Deol is in complete awe of his father, Sunny Deol. On Father’s Day 2019, Karan had taken to Instagram and posted a heartfelt wish for him. The same could be read as “Many people look up at superheroes, Mine is my dad. From seeing you push on from your ups and down, you always managed to turn things around, Looking at you turned my frown upside down. A single word won’t do justice to what you mean to me, But from here on now I’m not that kid anymore I’ve got your back indefinitely. I owe my life to you cause without you I would never have had anything, My ray of sunshine through everything. Cause no matter how big the problem you never gave up, And always came out of it with your head up. I don’t think there ever will be anyone as tough, Dad because of you I’m a fighter and I promise you I’ll never give up. #HappyFathersDay @iamsunnydeol.” Sunny Deol has directed his son, Karan Deol’s debut film. In an interview with the Mumbai Mirror, Sunny had shared about the same, "I remind myself that I did, so he will too. Still, given that he comes from a protective family, it’s good I’ve directed his first film. It’s important for a newcomer to be fathered and while filmmakers in our time were more approachable, the scenario has changed today." The Ghatak star had also added, "I was the first in our generation to be launched and this film made me realise what my dad (Dharmendra) must have gone through during Betaab (Sunny's debut film). Unless you become a father yourself, you can’t empathise with this pain, fear and love." (Must Read: Soha Ali Khan Reveals Her Daughter, Inaaya Naumi Kemmu Is Crazy About Lipsticks) In a throwback interview, Sunny Deol had talked about his relationship with son, Karan Deol. He had stated, "Karan and I can't be friends. He shares his secrets with me but maintains a distance. You can call it his reservation or respect towards me. Despite being the new generation boy, Karan maintains a distance." Talking about the similarities, the Dhai Kilo Ka Hath actor had shared, "Karan is also like me. He'll sit with me and then after a while, we fall short of conversations. Whereas on the film's set he treats me like a director only. He's very professional." Guys, how excited are you to watch Karan Deol’s debut film? Keep us posted!