A few years ago, Kamya Punjabi and Karan Patel were the most talked-about couple of Indian television. But, things took an ugly turn, and their perfect relationship had an imperfect ending in January 2015, with both breaking up.

[READ: 4 Signs You Are Emotionally Cheating On Your Partner] Not only this, after only a few months of their terrible break-up, Karan went ahead to marry actress Ankita Bhargava in a big fat wedding with all the big names of Indian television attending the celebrations. Both the actors never gave any reason behind this shocking fallout. But in an interview, Kamya opened up about the break-up!

Recommended Read: 9 Ways You Can Handle Another Woman Flirting With Your Boyfriend

During the press meet of Box Cricket League (BCL) last year (2016), owner of Jaipur Raj Joshiley (JRJ) team, Kamya Punjabi opened up about the absence of Karan in her team, and him joining the rival team, Chandigarh Cubs. Here is what she said:

"The biggest tragedy of life is that some things always change. Here, only the team has changed, conscience hasn't. Even if players are different, we have still worked hard for the game. The reason you asked me this question is very clear and I don't need to say anything more. It's out in the media. I am a bindaas woman, I don't need to be politically correct." 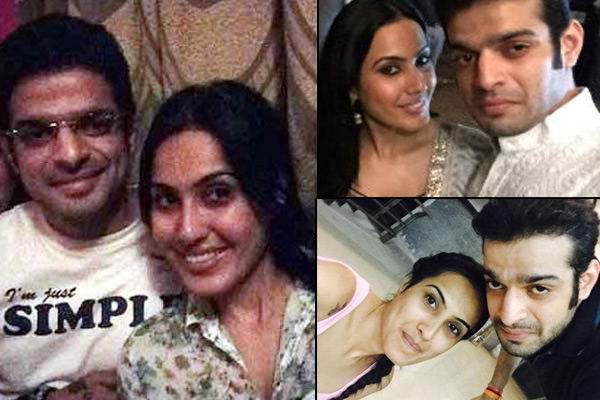 When asked about the equation she shares with her ex-boyfriend, she replied:

"Yes, Karan and I are no more together; but he will always be in my heart."

This is what Karan had to say about Kamya's comment on their break-up:

"I was not there when Kamya said all this. But I will maintain that she is a great human being. She is a good friend too. And I will always remain cordial with her. I wish her all the best today for her cricket team, and forever in life."

After this episode, rumours started doing the rounds, claiming that Karan, in a drunk state, gatecrashed Kamya's Box Cricket League party in 2016. To everyone's shock, he went up to Kamya and suggested that they should patch up. We are still thinking that how Kamya and Ankita would have reacted to this.

You May Like To Read: 20 Signs That Confirm Your Partner Is Cheating On You

And when the rumours started doing the round about trouble brewing in Karan and Ankita's marriage, this is what Kamya Punjabi said:

“Neither Ankita is my best friend nor Karan is my boyfriend. So what happens between them stays between them. Whether their marital life has hit a rough patch or is going smooth is something I am unaware, unaffected and least bothered about! Usually, people know what they want in life, but I very well know what all I do not want in life, and Karan Patel tops that list! I do not want Karan Patel back in my life anytime! The guy who walks out of someone’s life suddenly and is seen to be with another woman in just two days is someone who does not deserve to be taken back! Rather no woman would take a similar man back in her life” 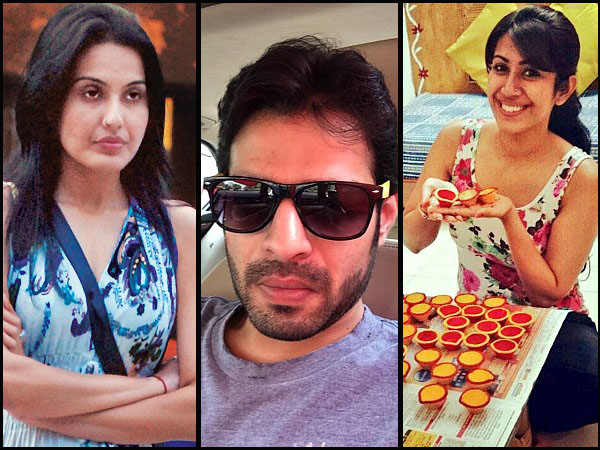 After their break-up, it seems like Kamya has not moved on in life! Yes, the actress is still in love with Karan who is now a married man. Kamya was openly flirting with Karan and even casually hugged him during one of the matches of BCL in 2016, where their teams were playing against each other.

Also Read: 5 Reasons Why Your Wife Might Be Cheating On You And You Have No Clue About It!

Here is what Kamya said in one of her interview about her love for Karan:

“I have always been open about my love for Karan. My love doesn’t change with seasons."

When she was reminded of the fact that he is a married man now, she quickly commented:

“Of course I know that he is married and I don’t even wish to have him back in my life. I will never be able to forgive him for breaking my trust and heart.”

“I am not someone who shies away from speaking the truth on camera. I am honest and open about my emotions. I am not scared of anyone as my feelings are true.”

After Kamya's love confession, Karan's wife, Ankita lashed out at Kamya and asked her to use her energy for something good and not throw all that crap on them.

When Karan was contacted for his opinion on this matter, here is what he said:

“I respect people’s feelings when they say they love me, but it is completely their choice of expression and I am alien to it. People have a right to express but that’s it. Whatever I may have said in reply was only in the show’s context and nothing else. Kamya and I bump into each other at social dos or at work and we exchange greetings with a smile. That’s where it ends. We are not the best of friends.”

Did Karan Cheat On Kamya With Pratyusha Banerjee? There is another twist in the Karan and Kamya's break-up story. Well, a source once revealed to Spotboye that Karan apparently cheated on Kamya with her best friend, late Pratyusha Banerjee. This source was none other than Kamya's very good friend. Here are a few secrets spilled by that friend:

On Kamya still in love with Karan but does not want him back:

“Thank God Kamya doesn’t want him back. Karan gave her a lot of pain. She has barely recovered.”

So, what was the real reason behind Karan and Kamya's breakup? Was it that Karan was two-timing Kamya with Pratyusha? According to the source, Kamya got to know that something fishy was going on between Karan and Pratyusha. When Kamya tried to confront both, they were baffled! Karan's loyalty came into question and he lied like any other man will do. Their relationship started to crack from then. Here is what the friend said:

“Karan tried to hit on me too. Naturally, I told Kamya. Believe it or not, there were nights when we didn’t know where he was, who was he with...” When their fights became out of control, Karan sent Kamya a video (where he was drunk), stating, "Ab tu dekh mein kya karta hun." After three days of this video, he announced his wedding to Ankita Bhargava in media, leaving Kamya stunned! When Kamya asked Karan that why Ankita? He said, "You asked for it."

“Believe it or not, Aly Goni whom Kamya calls as her brother, stabbed her in the back, which only added salt to her wound. Aly played Cupid between Karan and Ankita! And whenever he used to meet Kamya, he used to give her a shoulder to cry on.” After so much torture, why is Kamya still in love with Karan?

“She still loves him because she loved him truly, unlike Karan. In fact, she has never loved anybody so deeply as Karan. She was imagining her entire life with Karan. She took care of even his work. Leave aside work, she was looking after his hairstyle and makeup too. And then suddenly, one day, it was all over.”

Only after a few hours of this interview, Kamya released a statement refuting all these link-up rumours of he ex-boyfriend Karan and her best friend, late Pratyusha Banerjee. Here is what she said:

“Kamya Punjabi’s life is not limited by Karan Patel. What Karan did, does and will do is his business not mine. If people want to cheat, they will cheat but according to me there was nothing between Karan and Pratyusha. I think a dead person deserved more respect than this!”

Depression due to heartbreak... 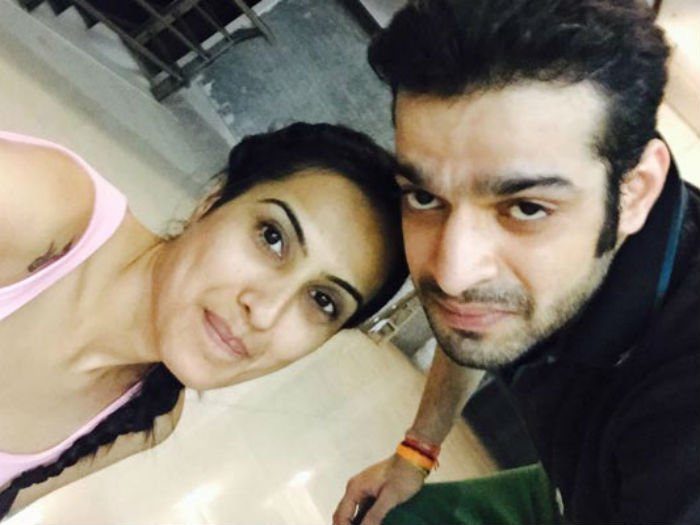 Well, recently, after two years of their break-up, in an interview with Spotboye, Kamya revealed that she was into depression after Karan left her. She said:

“I myself underwent a depression around the same time because I had a heartbreak. He simply walked out on me when my world revolved around him. Without my knowledge, he was having an affair.”

Talking further about her depression due to heartbreak, she said:

“Do you know that I had gone into a depression when my man left me in the lurch? It was a depression of the worst kind, it could have killed me. I couldn't step out of my room for many days. Thank God, I realised that I was undergoing depression and took help.”

Ahem ahem...there is a new twist in the tale every other day. This story is getting uglier day-by-day. A new name is added in their controversial break-up now! Kamya has clearly refuted the rumour, but what is the real truth behind it? On the other hand, Karan clearly seems to be not interested in getting into any controversy and it is a clear 'No' from his side for ex-girlfriend, Kamya Punjabi. Also, we are happy that Kamya came out of depression. We hope this strong woman moves on in her life and finds her soulmate soon! Good luck Kamya!