Kamya proved to the world that 'saasu maa' is just like your mother by sharing a beautiful unseen picture from her wedding celebrations. Scroll down to find out!

Every girl is scared of the kind of mother-in-law, she will get! And the blame for this goes to the daily soaps, we have watched while growing up. We have seen mothers-in-law to be wicked characters, who are hell bent to ruin the life of their bahus. The fights, arguments and manipulation shown in the TV shows had built a notion in our minds that saasu-maas are cruel. However, not anymore as we get to witness the actual love and fun bond between saas-bahu, both on screen and off screen. One fine example of this is TV actress, Kamya Panjabi, who has played the character of saas with every variation in her different shows, and in real life, she is blessed with a loving saasu maa. (Also Read: Madhuri Dixit Nene Shares An Unseen Picture From Her Cooking Class With Hubby, Shriram Nene)

In February 2019, Kamya had met Delhi-based Shalabh Dang for a medical advice. And within some time, the two had become friends and after dating for one year, the two had tied the knot on February 10, 2020. While Kamya had a daughter, Aara, Shalabh had a son named, Ishan, and that together made for a perfect family. The family of four is happily living their life. And getting a hold of Kamya’s equation with her mother-in-law, all we can say is that she is a blessed soul. 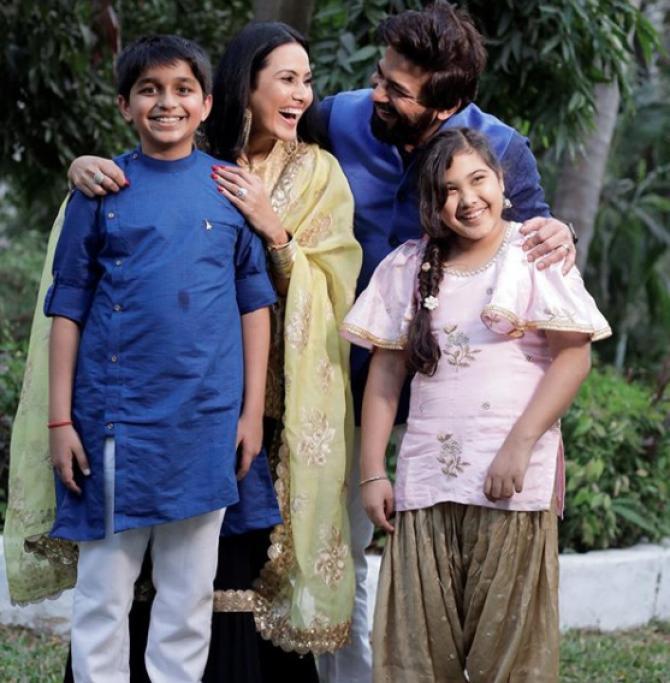 Taking to her IG handle, Kamya proved to the world that saasu maa is just like your mother. She shared an unseen picture from her wedding on her IG handle and in the picture, we can see her mother-in-law showering love on her. As Kamya can be seen smiling, sitting on a chair with gifts on her lap, her saasu maa can be seen gently kissing her forehead. Sharing the beautiful picture, Kamya wrote, “My pretty woman #motherinlawlove”. Take a look: 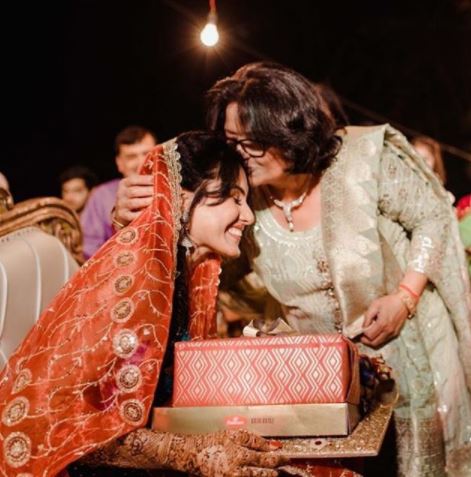 Don’t we love to see unseen wedding pictures of our favourite celebrities? Yes, we do! Kamya often shares unseen snippets from her wedding day on her IG handle, making her fans day extra special. As Kamya is in Mumbai for her work commitment and Shalabh is in Delhi, the couple often showers love on each other. On July 8, 2020, Kamya Panjabi had taken to her Instagram handle to say something special to her better half. The words that every couple loves to hear. Sharing a picture from their wedding, in which Kamya was adorably blushing and smiling and Shalabh was looking at her with utmost love, Kamya had penned a ‘Hello Husband’ note. She had written, “Hello Husband, just wanted to say I Love You” followed by a heart emoticon. Take a look: 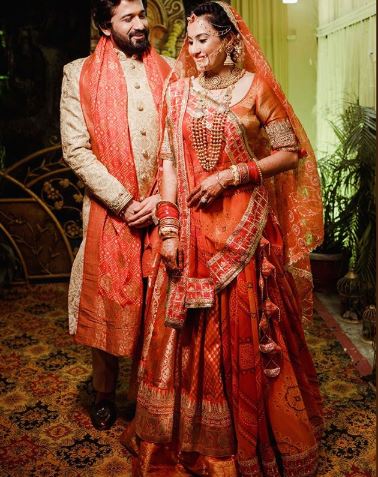 On completing 18 months of togetherness, Shalabh had taken to his Instagram handle to share a beautiful picture of 'better together' with his wife, Kamya. Shalabh had penned down how his 18 months had gone by with his wife. In the picture, donning a purple saree with red chuda and minimal makeup, Kamya had looked ethereal. On the other hand, her husband, Shalabh had looked all shades dapper in a black tux. The two had looked lost in love together. Shalabh’s note along with the picture could be read as “18 months of being together, laughing together, fun together, eating together, learning together, caring together, emotional together, family together, success together, healthier together...... actually Better Together @panjabikamya #shubhmangalkasha #Kamyapanjabi #shalabhdang.” (Don't Miss: Shilpa Shetty Kundra Reveals How Her Hubby, Raj Kundra Had Proposed Her In This Throwback Video) 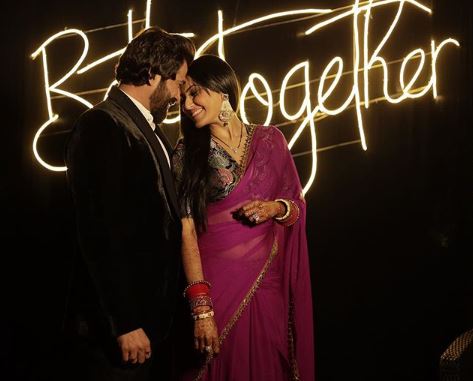 On April 10, 2020, Kamya and Shalabh had completed two months of their marital bliss and Kamya Panjabi had wished her hubby, Shalabh Dang on the same. She had shared a beautiful picture on her Instagram handle. Along with it, she had written a lovely caption that could be read as "Happy Two Months of this Happy Dance Husband @shalabhdang #shubhmangalkasha forever.” The doting husband, Shalabh Dang had also taken to his Instagram handle and had posted a picture from their wedding ceremony. Along with it, he had written a one-line caption that could be read as "On this day in “February @panjabikamya #shubhmangalkasha.” (Recommended Read: Sushant Singh Rajput's Family Releases A Statement Post Supreme Court Approves CBI Investigation) 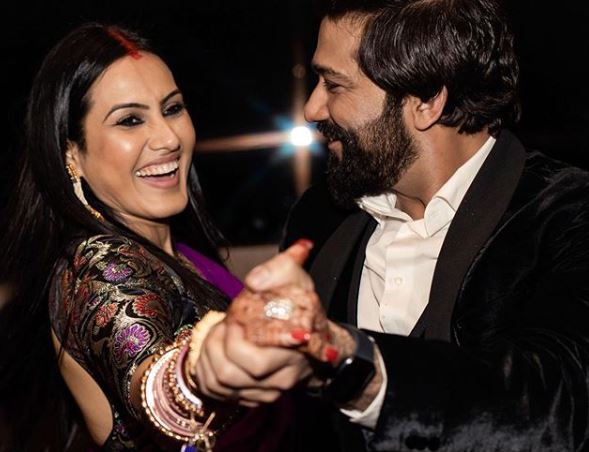 Kamya is indeed blessed with a lovely saasu maa!