Kamya Panjabi is all set to tie the knot with her Delhi-based boyfriend, Shalabh Dang. Recently, she revealed details about her wedding, post-wedding changes and falling in love with Shalabh.

A wedding is all about getting a lot of gifts, undivided attention and pampering from everyone around you and it becomes one of the most memorable days of a couple’s life. Falling in love with your special someone and lying under the open sky and gazing at the sky filled with stars and planning your D-day becomes one of the most cherished memories for a couple. Holding the hand of your partner, with whom you have promised a happily ever after is a blissful feeling. Planning your most awaited day, finalising every detail of your wedding and then tick marking the days and counting the number of days left for your wedding gives you jitters, and you eagerly wait for days to pass by quickly. (Recommended Read: Saif Ali Khan Reveals How He Broke The News Of His Divorce With Amrita Singh To Sara And Ibrahim)

Kamya Panjabi is going through the same emotions as she is preparing for her D-day. Kamya is all set to tie the knot with her Delhi-based boyfriend, Shalabh Dang on February 10, 2020. Kamya is on cloud nine as the wedding invitations have been sent and everything has been finalised for the wedding. Kamya and Shalabh’s Instagram handles are filled with lovey-dovey captions and romantic pictures of the duo and they inspire everyone to fall in love again and move on in their lives. After keeping her relationship a secret, Kamya had taken to her Instagram handle and had announced the lovely news of her dating Shalabh with the world. 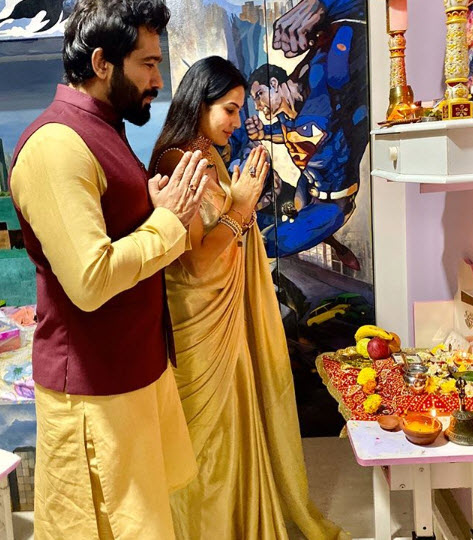 Kamya is all set to tie the knot and in the midst of her wedding preparations, in an interview with SpotboyE, she revealed details about her wedding, post-wedding changes and falling in love with Shalabh. Talking about her first meeting with Shalabh, Kamya revealed, “I spoke to him over the phone first. I had wanted some medical advice. Some friend had given me his reference. Then, on Feb 1, he came to Bombay for some work and we had met then. It was not a personal meeting, it was work-related. Soon, we started talking.” Speaking about who had taken the initiative, Kamya revealed, “He took the initiative. It just happened gradually as we began talking. I really liked certain qualities of Shalabh. He's been very caring and concerned for me. Obviously, we were friends in the beginning, but very soon, he proposed me for marriage.” This is Kamya Panjabi’s second marriage and speaking about whether she was not sure about getting into a relationship second time, she said, “See, I started talking to Shalabh without any such intentions initially. It was the same for him. When we got to know each other well, that's when he proposed to me and I took some time before saying yes. Of course, I knew that he is a mature and good man, but I was not sure about marriage, even though I was sure about him as a person. And then, slowly and steadily, I got convinced to tie the knot.” Talking about whether Kamya’s parents and her daughter encouraged her to tie the knot the second time, she stated, “I believe in one thing. When it is about having a child or getting married, it has to be your decision. If you take the call under pressure or under the influence of someone else, then it only means that it wasn't your decision entirely. For me, it wasn't that way. The kind of person I am, I do it only if I want to. I cannot do anything under pressure or under any sort of influence whatsoever. So yes, neither my child or my parents brainwashed me, this was wholly and solely my decision. I was sure about Shalabh.” (Suggested Read: Mahendra Singh Dhoni's Wife, Sakshi Dhoni Gives Inside Sneak Peek Of The 'Dhoni Farmhouse Ring Road') 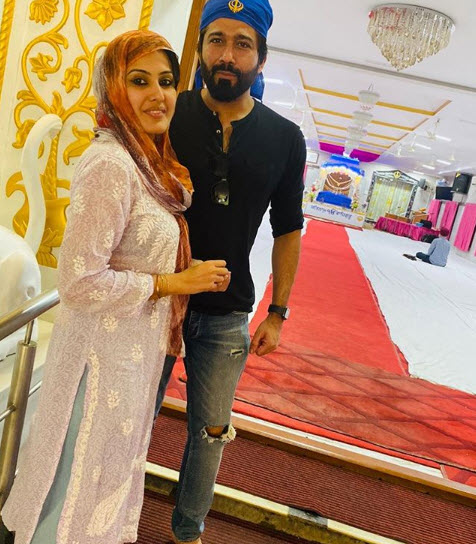 Kamya’s first priority is her child, she said, “First priority is definitely my child but I want to live my life too. It is up to me as to how I mould my daughter into this situation. I would never fall for a man who doesn't know the importance of a family. But when I see, here's a man who loves my family as much as he loves me, he even loves my daughter and understands the responsibility quite well. He has also raised his son alone. So, he can very well understand. And I was impressed by his qualities in general.” 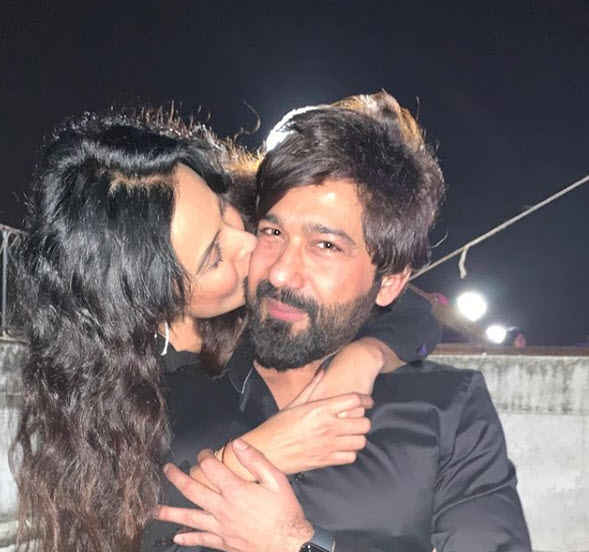 Answering the question, “Did Shalabh ever sit down with her to provide reassurance?” Kamya replied, “No, that situation never came. Because from the start only, I was happy and even my family loves him. If you meet my sister, she is arranging everything for the Mehendi and she said, 'It's my gift to you'll.' My mother is so happy that she said she wants to send out wedding invitations to each of them personally.” Kamya prefers personal wedding invites than WhatsApp invites and said, “No WhatsApp for me as I'm a bit desi in that sense. I'm not against sending invites on WhatsApp, but I want to do this for myself, and send them out personally.” Shalabh is based out in Delhi and Kamya is based in Mumbai, speaking about juggling her life post marriage, speaking about whether she will stay in Mumbai post-marriage, Kamya revealed, “No, we will be juggling between Mumbai and Delhi. He is doing so well in his career and obviously, the motive is to grow in life, so I wouldn't want him to leave everything for me and shift here. We keep our professional lives apart. After few years, let's see what happens.” Speaking about whether the preparation is over for the wedding, Kamya said, “Preparations are going on.” Speaking about her wedding dress, Kamya revealed, “I'll be wearing a lehenga.” Answering any particular designer, she said, “Yes definitely, she is a friend and I love her work. Her name is Anuradha Khurana. I'm going with her to shop and also doing the fabrication work.” Answering the question, “where is the wedding?” Kamya said, “At the Gurdwara in Mumbai.” (Must Read: 'Hate Story 4' Actor, Karan Wahi Reveals His Wedding Plans With London-Based Girlfriend, Uditi Singh) 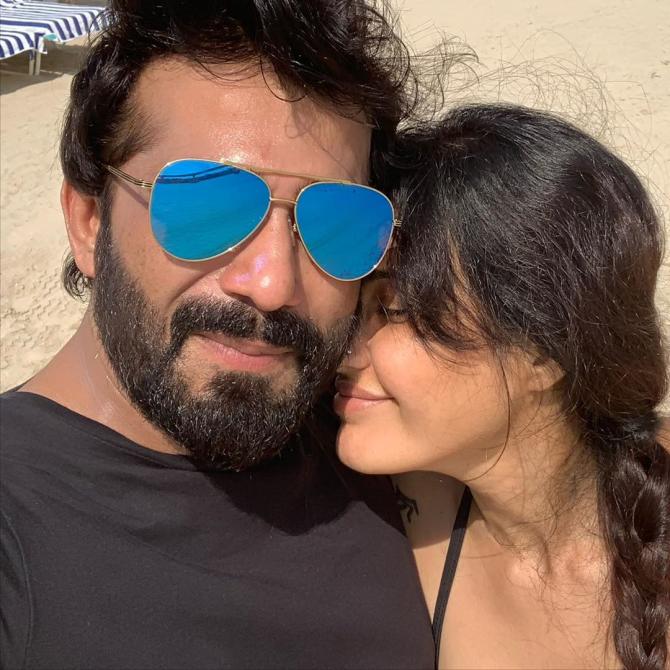 We can’t wait to see Kamya Panjabi in her wedding lehenga! 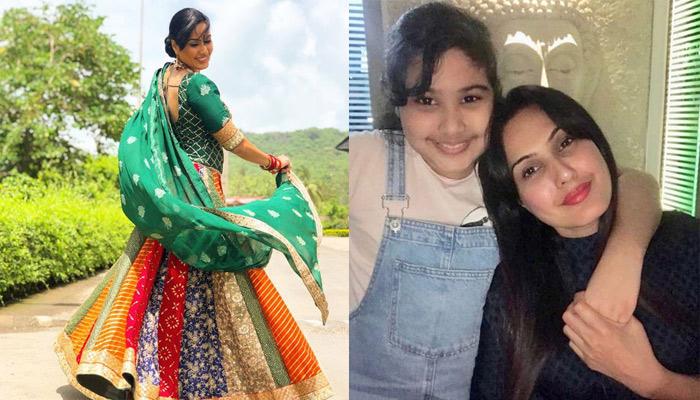 Getting married is a blissful feeling and especially when you get married to the love of your life. But things start taking a U-turn and everything starts to fall apart when troubles start in the happy paradise. Same has happened with Shakti – Astitva Ke Ehsaas Ki star, Kamya Punjabi. Her personal life has