As Kajal Aggarwal is all set to become a mother soon, she started her prenatal classes and shared a glimpse of the same on her IG handle, flaunting her baby bump.

The journey towards embracing motherhood is one of the most beautiful experiences for any mommy-to-be! Kajal Aggarwal is also relishing the days of her first pregnancy and has started taking measures to keep her baby safe and healthy. For months, there were reports regarding Kajal’s first pregnancy. The buzz was strong that Kajal had informed her Telugu film, Acharya’s team to wrap her scenes soon as she was planning to take maternity leave. After keeping quiet about all the speculations, on New Year 2022, her husband, Gautam Kitchlu, had confirmed the same, announcing Kajal’s pregnancy.

Taking to his IG handle on January 1, 2022, Gautam Kitchlu had announced his wife, Kajal Aggarwal's pregnancy. He had shared a picture of Kajal to welcome 2022. However, it was the pregnant woman emoticon at the end that had confirmed Kajal’s pregnancy reports. He had written:

Also Read: Karishma Tanna And Varun Bangera's Wedding To Be A Mix Of Gujarati And South-Indian Rituals Taking to her IG stories, a few hours back, Kajal Aggarwal shared a picture from her prenatal classes. As she attended the class on Zoom meetings, Kajal shared a screengrab of the same and revealed that she has started her prenatal journey. In the picture, Kajal looked adorable in a tank top and track pants. Her cute baby bump and pregnancy glow were unmissable. Atop the photo, Kajal wrote: 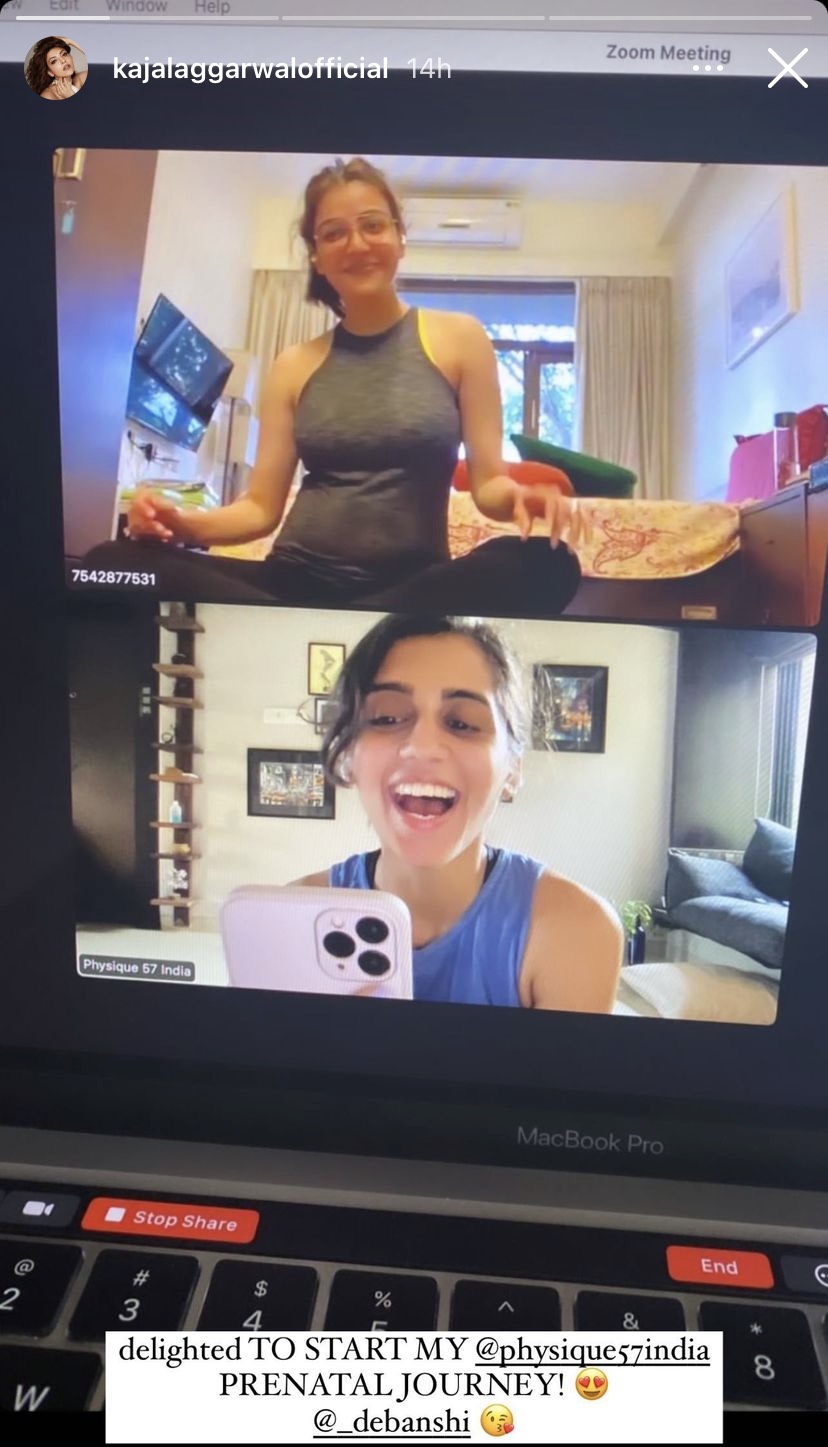 After Gautam had announced Kajal's pregnancy, the actress has been flaunting her baby bump with pride. Taking to her IG stories on January 3, 2022, Kajal had shared a gorgeous picture with her husband, Gautam from their vacation in Goa. In the photo, she was seen twinning with her husband in the shades of black. Kajal had donned a black body-hugging dress and had flaunted her baby bump. Her pregnancy glow was unmissable in the photo. On January 2, 2022, Kajal had taken to her Instagram handle to share pictures of her New Year's celebration. For the New Year party, Kajal had donned a gorgeous side-slit green-hued gown, on the other hand, her husband, Gautam had worn a blue-coloured shirt with a pair of jeans. However, it was Kajal's baby bump that had stolen the show. Gautam was seen lovingly caressing her baby bump as they had posed. Along with it, Kajal had written: 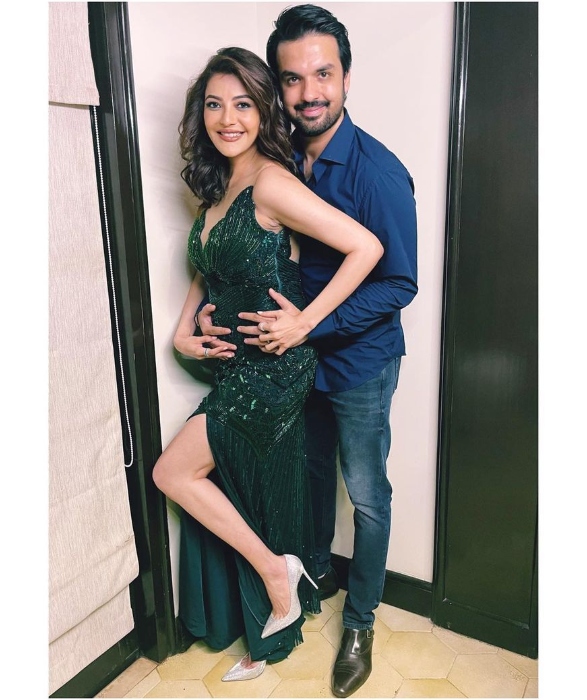 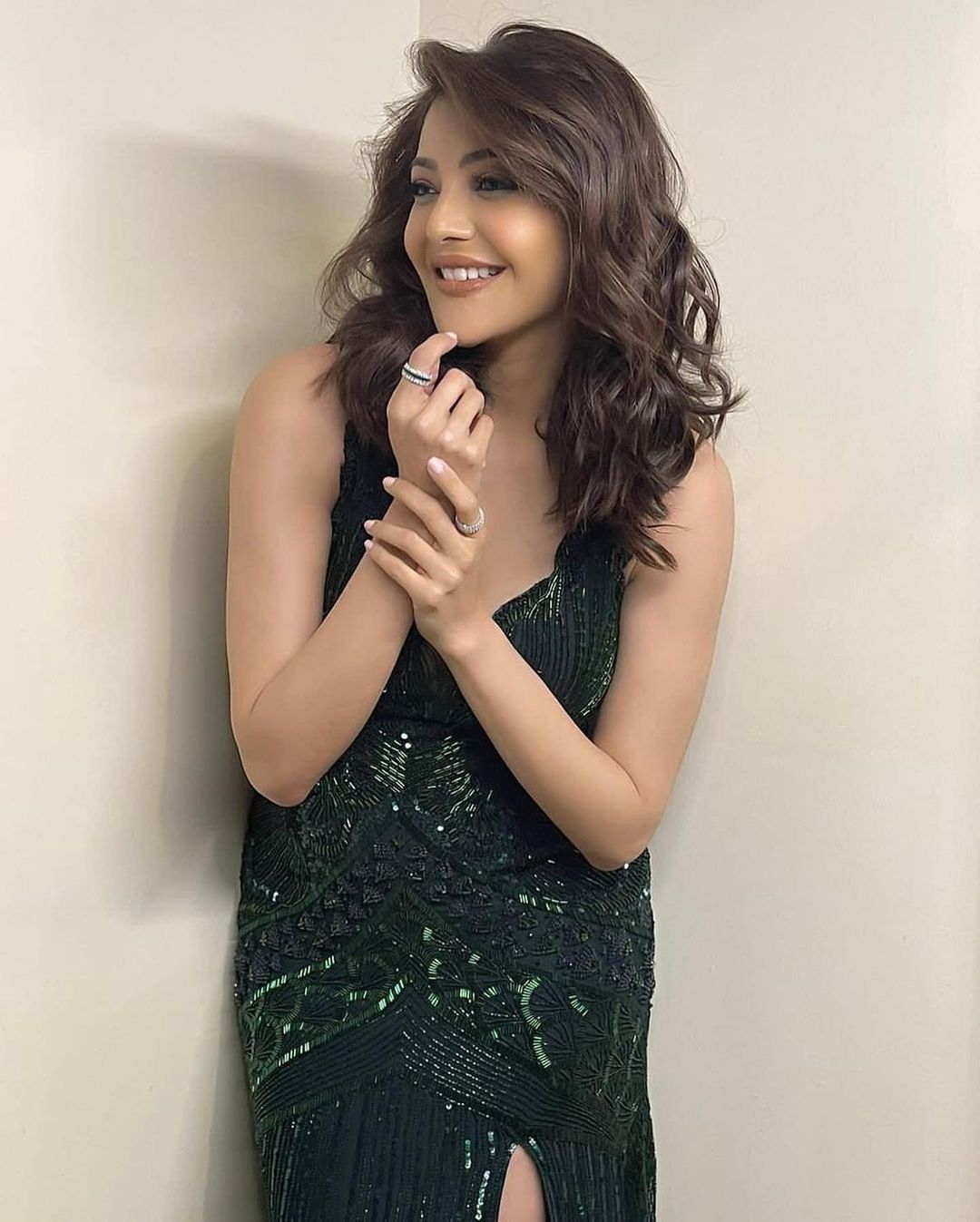 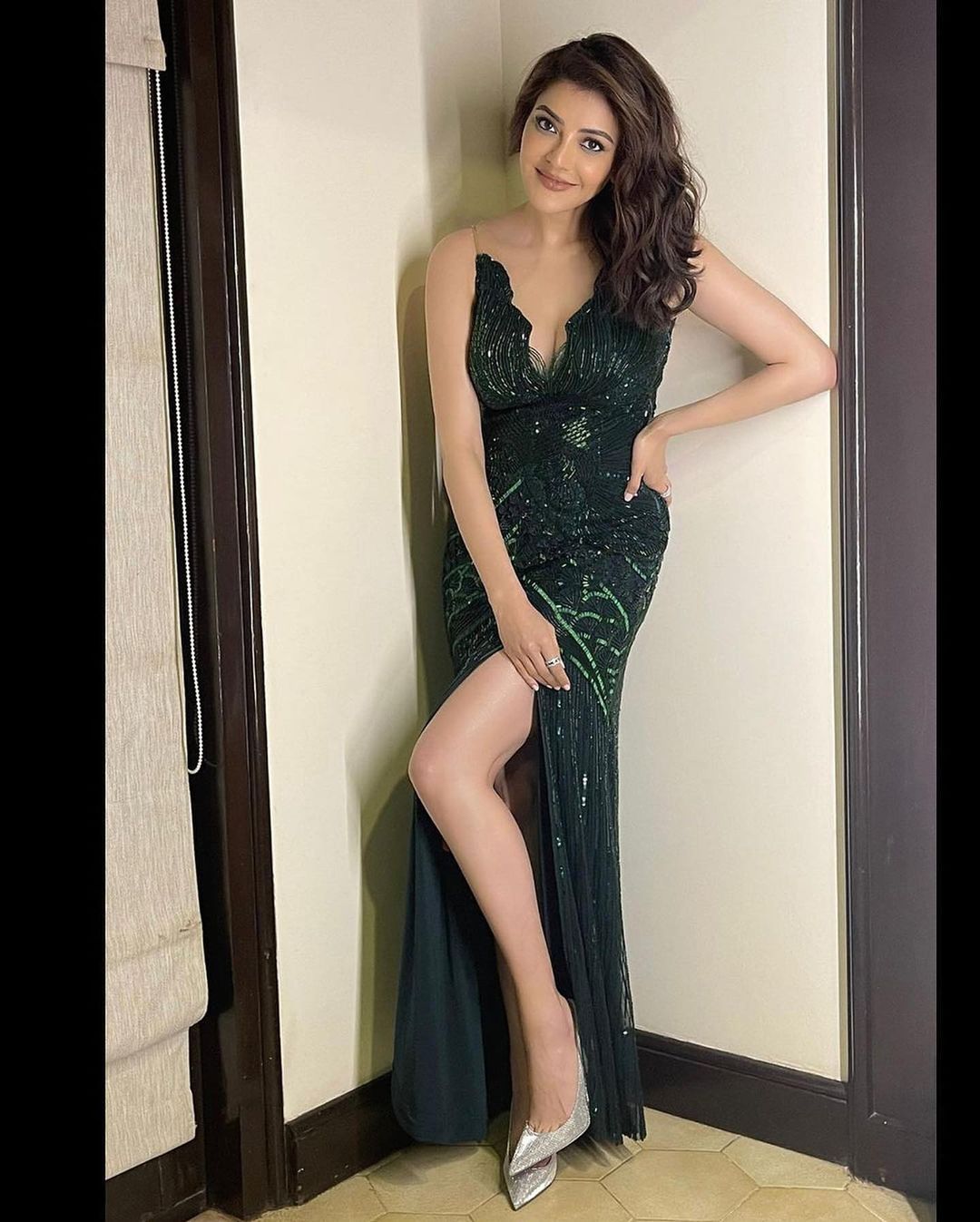 On January 16, 2022, Kajal Aggarwal's sister, Nisha Aggarwal, had taken to her IG stories to host a QnA session with her fans. One of her fans had asked her to confirm if Kajal Aggarwal is pregnant, and Nisha couldn't stop smiling as she had answered it. The elated massi-to-be couldn't contain her happiness and had nodded her head, confirming her sister, Kajal's pregnancy.

For the unversed, Kajal Aggarwal had tied the knot with her long-time interior designer boyfriend, Gautam Kitchlu, on October 30, 2020.

Next Read: Shaheer Sheikh's Father Passes Away Due To COVID Infection, Aly Goni Confirms With A Painful Tweet