Legendary actor, Jeetendra is living his life to the fullest. Now that he is already a nanu and a dadu, he knows exactly how to relive his childhood. Checkout his and Laksshay's outing pics inside!

Lucky are those kids who get to spend quality time with their grandparents! Right from their cute stories to the swings and playdates, each and every moment spent with grandparents is blissful. On the other hand, our grandparents get to relive their childhood, playing with us. Such is the case with newbie, second-time grandparent and legendary Bollywood actor, Jeetendra. For the ones who have been living under the rocks all this while, Jeetendra's son Tusshar Kapoor and daughter, Ekta Kapoor are single parents to their sons, who were born through IVF. (You May Also Like: Divyanka Tripathi Dahiya Gives Major 'Bahu Goals' As She Chills With Hubby, Vivek Dahiya And In-Laws)

While Ekta Kapoor just recently became a mother to a son whom she has named, Ravie Kapoor, Tusshar embraced fatherhood in 2017 and named his little one, Laksshay Kapoor. Announcing the happy news, the proud father had remarked, “I am thrilled to be a father! The paternal instincts in me have been overpowering my heart and mind for some time now. Therefore, I am thrilled beyond words to have Laksshya, now the greatest source of joy in my life. By the greatness of God and the excellent medical team at Jaslok, parenthood is an option for many, who choose to be single parents.”

Well, coming back to Jeetendra and his grandson, Laksshay, the two are one of a kind daadu-pota duo. Ever since Laksshay was born, Jeetu ji is very close to him and their cutesy pictures keep hitting out social media news feeds. Now, this daadu-pota jodi has again come into the forefront as they enjoy a lovely outing together. Yes, pictures and videos of Jeetendra and Laksshay have gone viral on social media wherein the two can be seen bonding well beside a swimming pool. Here are the pictures and videos, checkout:

When Tusshar was blessed with a son, he had shared his family's happiness, “My parents were a little apprehensive about announcing that the baby was through IVF. They were not sure how people would react to me taking the unconventional route of producing a kid. Even I thought there would be diverse of opinion about my decision, but I am happy that people supported me." (Also Read: Neha Kakkar-Sonu Kakkar Post Heartfelt Birthday Wishes For Their 'Best Brother In World' Tony Kakkar) 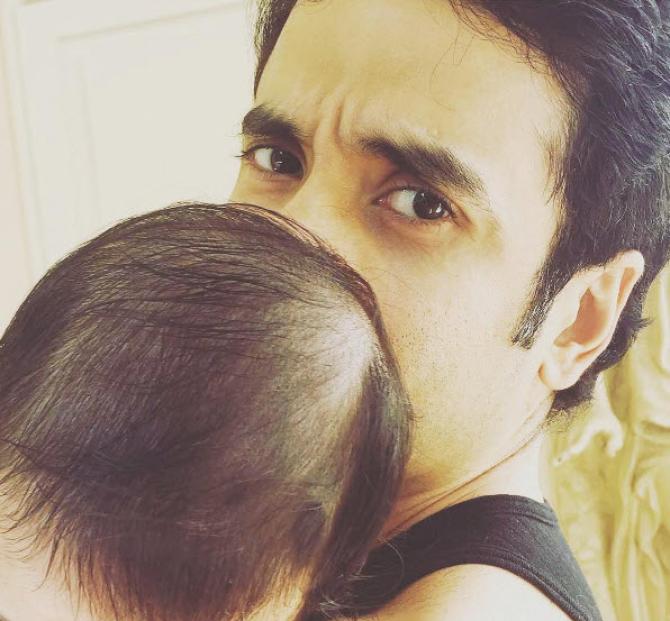 Tusshar had also stated, “I was thinking about it for some time before I finally had the baby because I was running out of time. I am not married yet. I may or may not in the future. I felt the time was running out fast and I couldn’t wait to have a family, have a child. That’s something I won’t be able to do as I grow older. I can always get married. That’s why I decided to become a single parent.”

On becoming a dadu-dadi, Jeetindra and wife Shobha ji had said this in a statement, “We could not be more excited to be grandparents to Laksshya, and are completely supportive of Tusshar’s decision. This is certainly a tremendous blessing, and an exciting time in our lives. Tusshar is a wonderful son, and he has proven, with responsibility, independence and kindness, that he will be a great father to Laksshya.” (Checkout: Amy Jackson To Get Engaged To Her BF On This Date, With Their Baby Inside Her Womb) 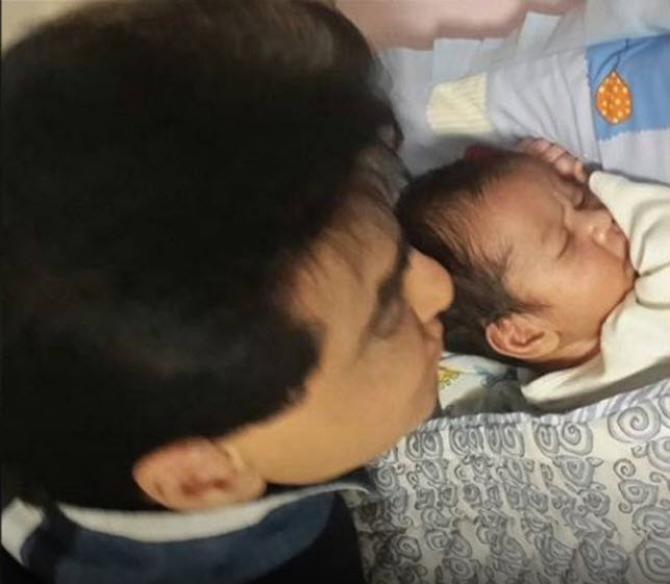 And then, on becoming a nana recently as Ekta embraced motherhood, Jeetu ji was quoted as saying, “Main zindagi mein bohot late grandfather bana hun (I’ve become a grandfather very late in my life), but this is such a divine pleasure, I can’t get over it. I’m so thankful to Tusshar and Ekta, thankful to my family. This gift is the greatest gift in my life.” What lovely pictures and videos of Laksshay and Jeetendra! What do you have to say on this? Do let us know!