On the auspicious occasion of Janmashtami, here are some hidden and unknown facts about the incredible love story of Lord Krishna and Goddess Radha. Check it out!

One of the most celebrated festivals across the world, Shri Krishna Janmashtami, also known by the names Gokulashtami and Janmashtami, is the day when Lord Krishna was born. Every year, on the eighth tithi (Ashtami) of the Krishna Paksha in Bhadrapada Masa, as per the Hindu lunisolar calendar, people celebrate the birth of one of the principal deities, God Vishnu's eighth avatar, Krishna. Janmashtami is one of the most important festivals in Hinduism and is celebrated with huge enthusiasm by people of all age groups. From dance-drama enactments like Krishna Lila and Rasa Lila to singing bhajans and devotional songs throughout midnight, Dahi handi and fasting, Janmashtami is often regarded as the festival of love and togetherness.

Everyone is aware of the fact that the way people in Mathura celebrate the festival of Janmashtami is completely different because it's the place where Lord Krishna was born. On the occasion of Janmashtami, people often talk about his love for his ultimate devotee, Radha. Whether we talk about their eternal bond or unconditional love for each other, we can learn many things from their love story. However, there are still some unknown facts about Radha-Krishna's love story that still speaks volumes about their pure love. So without further ado, let's get straight into it! According to a report on the official website of Iskcon Dwarka, it is believed that when Lord Krishna was just four years old, he went to the field one day with his father along with some cattle. During their time on the field, Krishna created a thunderstorm and pretended like he knew nothing about it. However, Krishna's father was unaware of it, and he started panicking about keeping his kid and cattle safe from the thunderstorm. That's when Krishna and his father saw a woman coming towards their side, and the latter immediately asked the lady to take care of his son. 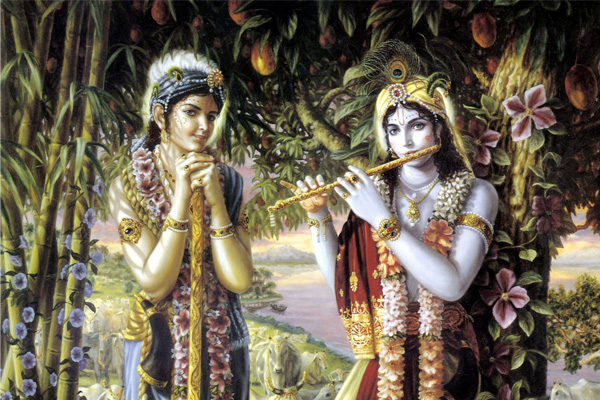 Without any hesitation, the gorgeous woman promised Lord Krishna's father to take care of his child. After Nanda left with the cattle, Lord Krishna was all alone with the woman, and that's when he appeared in a youthful form and asked the woman whether she remembered the time when they used to live in heaven. To no one's surprise, the woman said 'yes', and she was none other than the Goddess Radha. This was the first meeting between Radha and Krishna after their incarnation on earth. It is believed that Lord Krishna used to play the flute while sitting by the lakeside in Vrindavan. As soon as he played his melodious flute, his lover, Radha used to run to meet him. The connection between the two was beyond words, and Vrindavan was the place where they used to meet quite often.

Why Lord Krishna and Goddess Radha were inseparable? 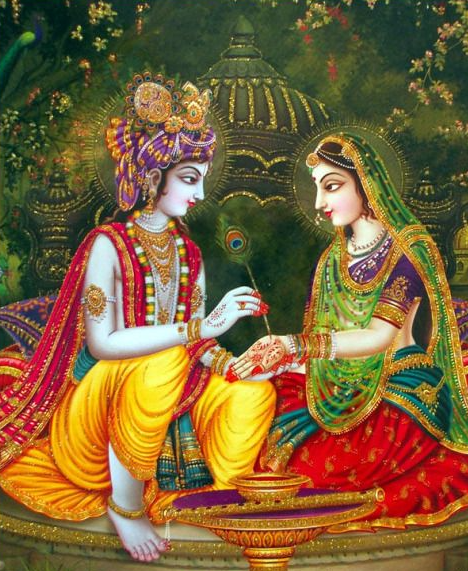 One of the biggest reasons why Lord Krishna and Goddess Radha are always termed as 'inseparable' is because of their spiritual connection. Although they were madly in love with each other and spent a lot of time together, their love wasn't bound to it, as Krishna and Radha's souls were deeply connected. 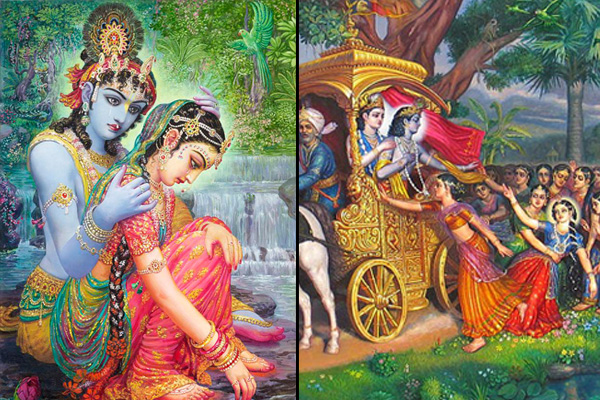 There are tons of theories and stories behind this much-asked question about Radha-Krishna's love story as to why the greatest lovers never got married to each other. One of the most common answers is that both Radha and Krishna had decided not to marry each other, as both of them wanted to showcase their devotion to each other by not getting married. 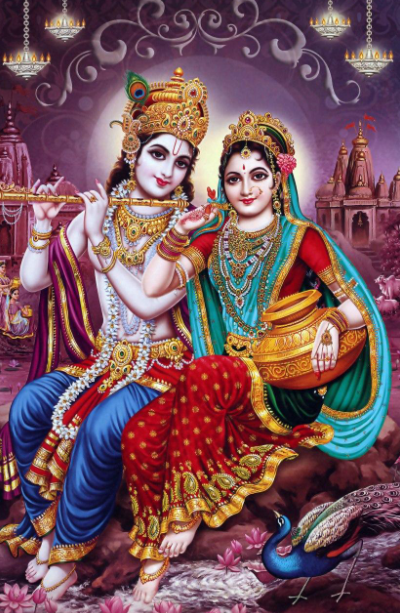 You May Like This: 5 Invaluable Love And Life Lessons From Radha-Krishna's Story For Modern Day Couples 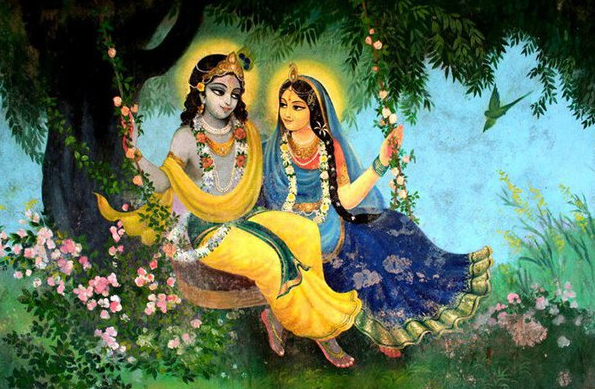 As humans, we often tend to call love stories incomplete if the two partners couldn't marry each other. For us, it is the end of a love story. However, in the case of Lord Krishna and Goddess Radha, things were completely different. There's a tale that describes how one of Krishna's ultimate devotees, Sridama's curse, was why Radha never got married to her forever love, Krishna. 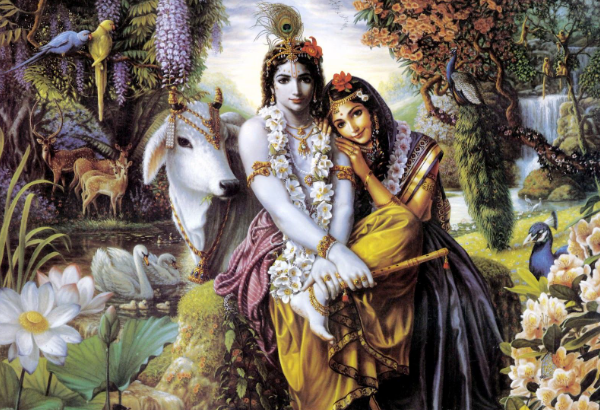 It is believed that once, Goddess Radha got furious after Lord Krishna was busy playing with his friends and wasn't giving her much attention. The angry Radha had burst out her anger on Krishna. While the latter handled it quite calmly, his devotee, Sridama found Radha's behaviour disrespectful. Hence, he cursed her that she would never get married to her lover, Krishna. 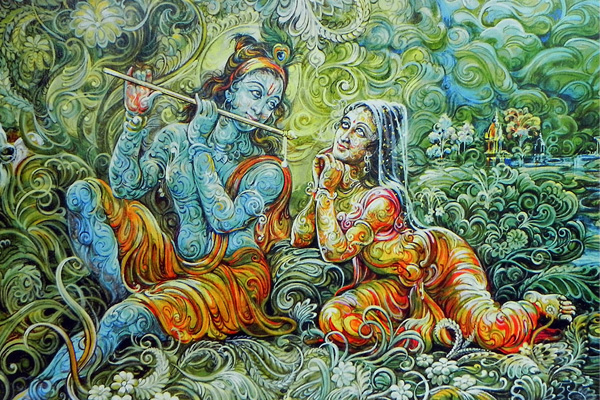 Why had Krishna got married to Rukmini instead of Radha? It is believed that Rukmini was the incarnation of Goddess Lakshmi, and it was pre-written that she would get married to Krishna. However, even though their marriage wasn’t a cakewalk as Rukmini’s brother, Rukmi was against her decision to marry Krishna. However, Krishna, along with Balarama and other Yadav troops, abducted Rukmini, and the two got married in Mathura. 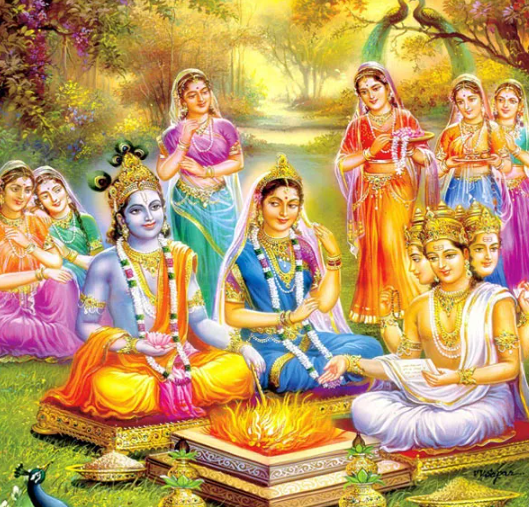 Without Radha, Krishna is incomplete, and without Krishna, Radha can never be complete. So doesn't it say a lot about their eternal love? What do you think? Let us know. 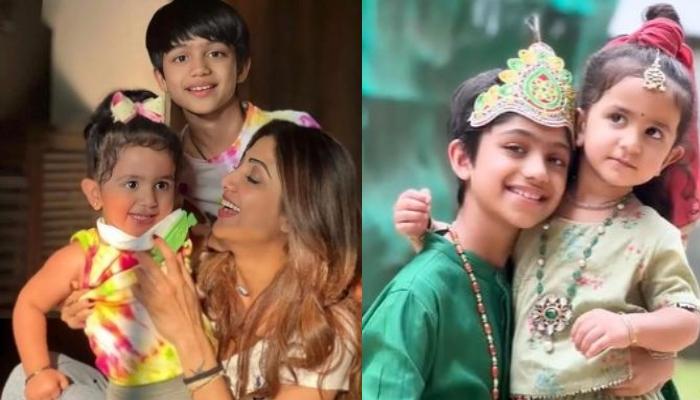 Bollywood actress, Shilpa Shetty Kundra and her husband, Raj Kundra are blessed with two beautiful kids, Viaan Raj Kundra and Samisha Shetty Kundra. Besides being a stunning actress, Shilpa is an avid social media user and keeps updating her fans with drool-worthy glimpses of her family. A few moments back, she shared glimpses of her kids' Gokulashtami