Priyanka Chopra Jonas recently took to Instagram and posted a lovely picture from her BFF, Isha Ambani Piramal's sprawling new apartment which has a huge ice-cream maker, stationed in the kitchen!

Whenever a fresh piece of news or a picture of the Ambanis crop up, our excitement reaches another level! ‘Which piece of extravaganza or is Anant Ambani getting married to Radhika Merchant?’-is all that we ask ourselves. But what if we bring to you some inside scoops from the Ambanis, even better, Isha Ambani Piramal’s new household? Yes, it must not be unknown to you that the Ambanis share a warm bond with the entire Bollywood industry and is very close friends, with Priyanka Chopra Jonas. Hence, here’s giving you a dreamy update about this billionaire heiress! (Do Read: Mira Rajput Kapoor And Shahid Kapoor Are Building Their Dream House Together, Wifey Shares A Pic)

Be it Priyanka Chopra Jonas’ bachelorette or her sangeet night, we have always spotted Isha Ambani Piramal being a significant part of every function of hers. To give you all a recap of the same, remember Isha’s fun-filled laughter at Priyanka’s sangeet galore as what looked like it, they set the stage on fire? Or Isha posing with a ‘sister before mister look’ at PeeCee’s fun-filled bachelorette party? Check these pictures out here for more details: 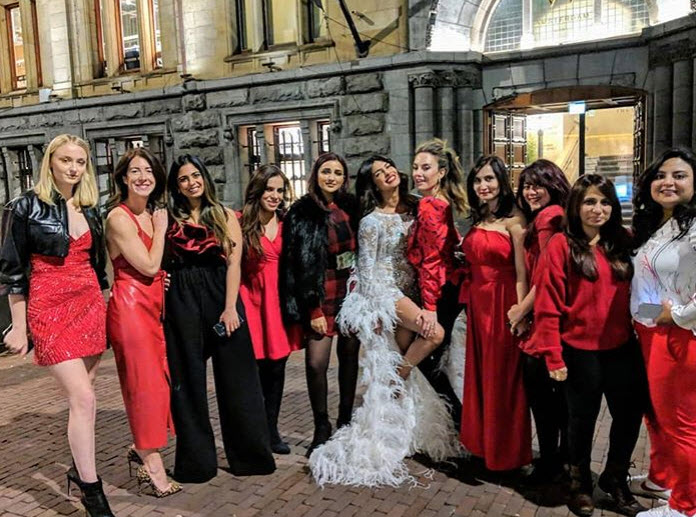 While that was all about Priyanka Chopra Jonas and Isha Ambani Piramal’s friendship, the former recently took to Instagram and posted a lovely picture from her BFF, Isha’s sprawling new apartment which has a huge ice-cream maker, stationed in the kitchen! The picture has Priyanka looking all happy (probably with the very thought of ice-cream!), sitting on the floor, with her best friend, Tamanna Dutt by her side, while her sister, Parineeti Chopra stood smiling for the camera. What is even more amazing to note is Isha and her soon-to-be sister-in-law, Radhika Merchant, leaning on her for support, all happy and gay! As per PeeCee's caption, Gully Boy star, Alia Bhatt had missed the madness by a few minutes! Sharing the picture, Priyanka wrote, “Making home made ice cream! Thank you to the hostess with the mostest. @_iiishmagish love u! Your home is amazing! I wish you love and laughter always. Here’s to many more girls nights!@aliaabhatt u Missed the madness by minutes! Love all u ladies!” 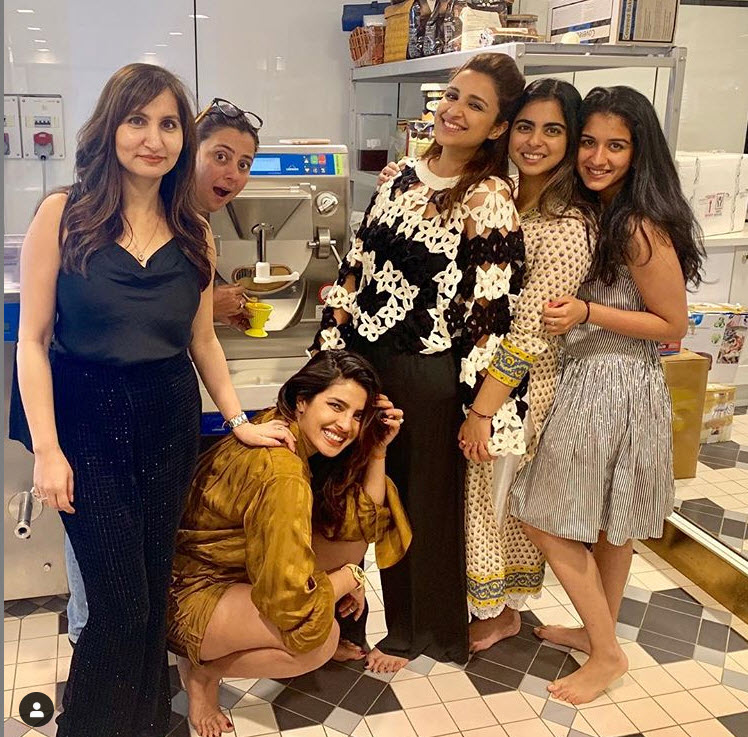 Priyanka Chopra Jonas' equally star sister, Parineeti Chopra too took to Instagram and posted a beautiful picture from their 'ice-cream' night out and praising Isha Amani Piramal's new house! Sharing the all-happy picture, Parineeti wrote, "We made ice cream at home! (And that's probably the only thing we can confess to doing on a public platform because what happens at girls night, stays at girls night!) Thankss @_iiishmagish your home is BEAUTIFUL!! @priyankachopra @radhikamerchant @srishtibehlarya @tam2cul." 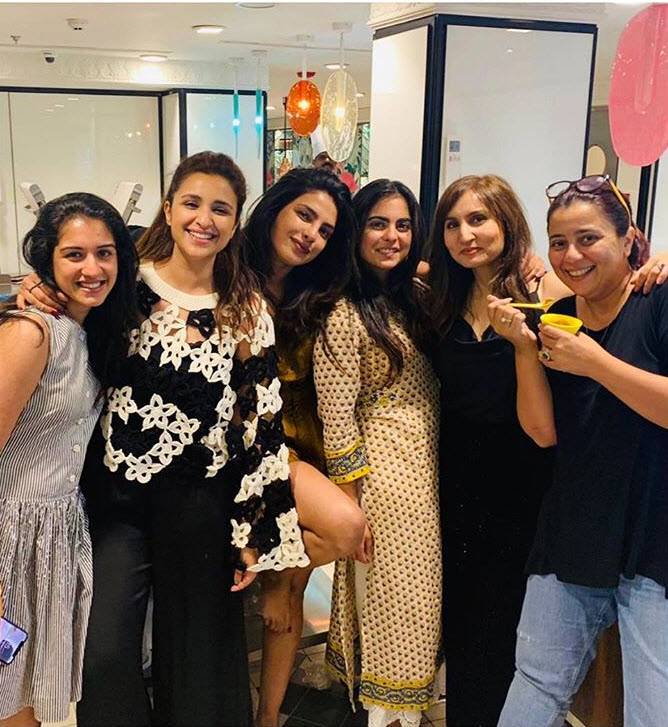 Talking about Isha Ambani Piramal’s new house post her wedding, she and her hubby, Anand Piramal have moved into their plush Rs 450 crore apartment in Gulita, Mumbai, which is a beautiful five-story sea facing building that has been gifted to the couple by the Piramals! Soon after her December 12, 2018, wedding, Isha had hosted a housewarming-cum-reception bash, wherein the first-ever picture of Isha had emerged post her wedding, wherein, the newbie bride was seen posing with her girl gang. Here is the picture that we are talking about: (Also Read: Kajol Once Had A Huge Crush On 'The Khiladi Of B-Town' Akshay Kumar, Karan Johar Spills The Beans) 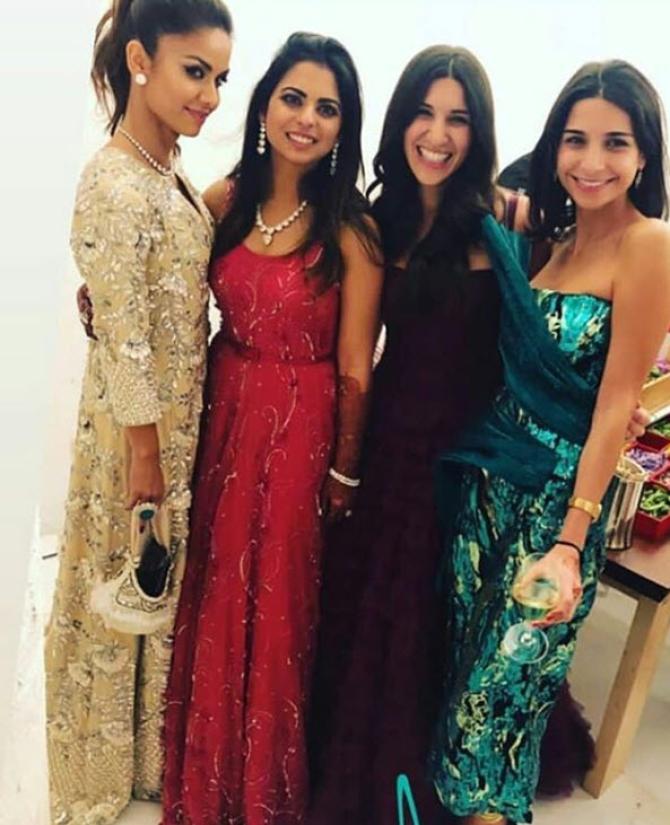 And in case you want to know more about Isha Ambani Piramal and Anand Piramal's new love nest, theirs is a 50,000 sq. ft. mansion which was previously owned by Hindustan Unilever. Speaking about the interiors of the house, it has a 'stunning glass facade' and three 'glazed steel structures' which makes it stand out. Rigorous remodeling of the house had been going on for quite some time to make Isha-Anand's home a grand one. As per reports, a London based engineering firm, Eckersley OCallaghan, was given this project. A Mumbai Mirror report also suggested that the plush house has as many as three basements, innumerous dining rooms, and an outdoor pool. Here's an outside picture of Isha Ambani and Anand Piramal's new love nest: While you still might be ‘awww-ing’ over the same, let us tell you about something unexpected which had happened in Isha Ambani and Anand Piramal's engagement bash at Lake Como, Italy. A picture of the beautiful Priyanka Chopra, Nick Jonas and Manish Malhotra looking divine in traditional attires had also surfaced on the internet. But the dress didn’t come easy to the actress as Priyanka had to undergo a stressful situation to get the look. As per a DNA report, the actress’ luggage had arrived a day later after the ceremony. As a result, Priyanka got into a total frenzy as her planned attire was jeopardised. As they say, a friend in need is a friend indeed, Priyanka’s celebrity designer friend, Manish Malhotra came to her aid and had put together an attire for the Quantico star from the many spare dresses that the guests were carrying and Priyanka was totally fuss-free and comfortable in the dress that Manish had customised in the limited span of time! Well, that’s some adventure! (Must Read: Janhvi Kapoor Reveals Daddy, Boney Kapoor's First Impression On Rumoured Boyfriend, Ishaan Khatter) 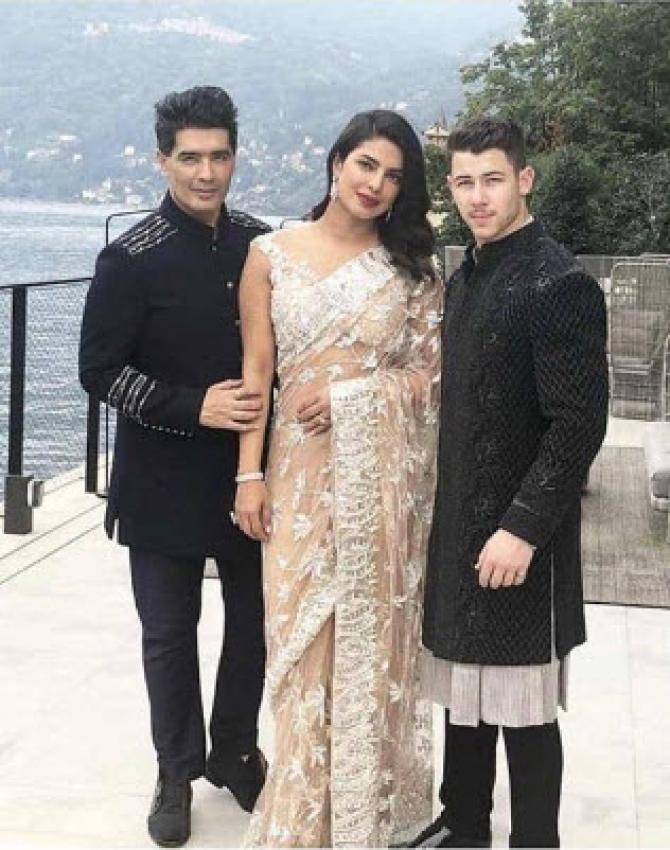 Peeps, how is your favourite ice-cream partner? Why don’t you let us know in the comments section below? We await!