Late Bollywood actor, Irrfan Khan's son, Babil Khan revealed how difficult it is for him to live with the reality that his father is no more with him. Find out!

One of the finest, purest, and an exceptional human being, late Bollywood actor, Irrfan Khan, who was last seen in Angrezi Medium, had taken his last breath on April 29, 2020. Since then, we are searching for words that can ease out our pain, but it seems like we cannot sum up some painful moments in words. It was on April 28, 2020, when Irrfan was admitted at the Kokilaben Dhirubhai Ambani Hospital for colon infection and the veteran had passed away the very next morning. The news of his sudden demise had saddened the whole nation. (Recommended Read: Anushka Sharma Gives A Befitting Reply To Sunil Gavaskar For Dragging Her Into Hubby, Virat's Game)

Since then, his doting son, Babil Khan has been sharing throwback pictures and videos of his late father and trying hard to deal with the reality that his father is no more with him in this world. Scroll down to see his latest painful revelation on Instagram! 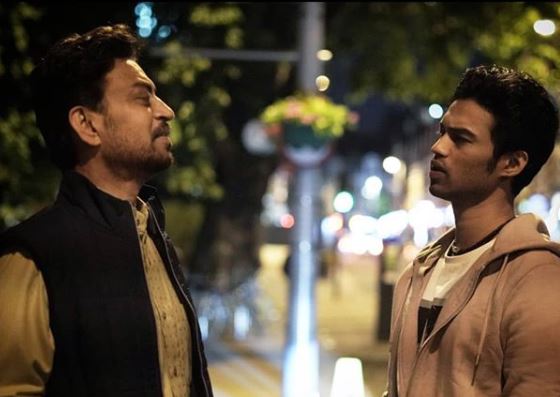 On September 24, 2020, late Bollywood actor, Irrfan Khan's son, Babil Khan took to his Instagram handle and posted a beautiful picture from his childhood days with his father. In the picture, we can see a young Irrfan Khan holding a phone in his hands and little Babil had looked curiously in the phone. Along with this adorable picture, the doting son revealed that it's simply heartbreaking for him to accept the reality that his father is no longer with him. His painful caption can be read as "I slept for 14 hours and I didn't want to wake up cause I was dreaming about you. Waking up is the worst. I hate realising every day that you're gone. You didn't say anything, we just laughed. (He's playing the OG' bounce')" Take a look: (Don't Miss: Anushka Sharma Brutally Trolled For RCB's Loss, Hubby, Virat Kohli Takes Blame Like A True Sportsman) 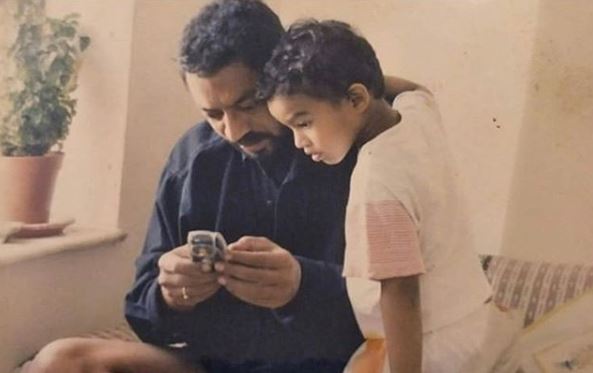 The doting son, Babil Khan never skips a moment to share all the valuable lessons that his late father had taught him. For instance, on July 8, 2020, Babil Khan had taken to his Instagram handle and had posted two adorable unseen pictures of his abba, Irrfan Khan. In the first picture, we could see little Babil in the arms of his father, while the second picture had showed us his dad sleeping with their pooch on the bed. Along with the pictures, Babil had written a lengthy note had included the teachings which his father had taught him about Indian cinema. The youngster had started his note talking about Indian cinema, and it could be read as "You know one of the most important things my father taught me as a student of cinema? Before I went to film school, he warned me that I'd have to prove my self as Bollywood is seldom respected in world cinema and at these moments I must inform about the Indian cinema that's beyond our controlled Bollywood. Unfortunately, it did happen." 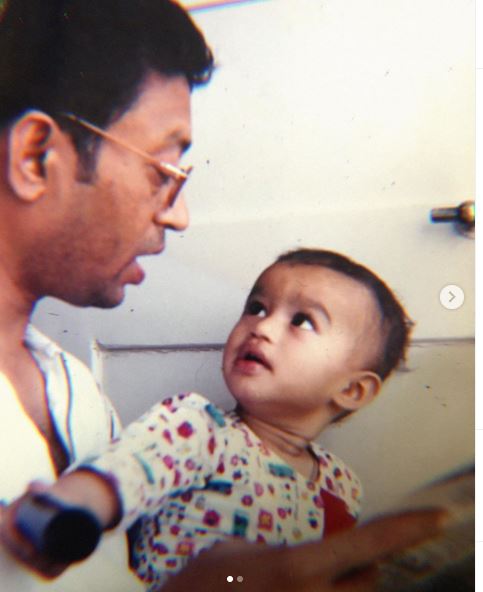 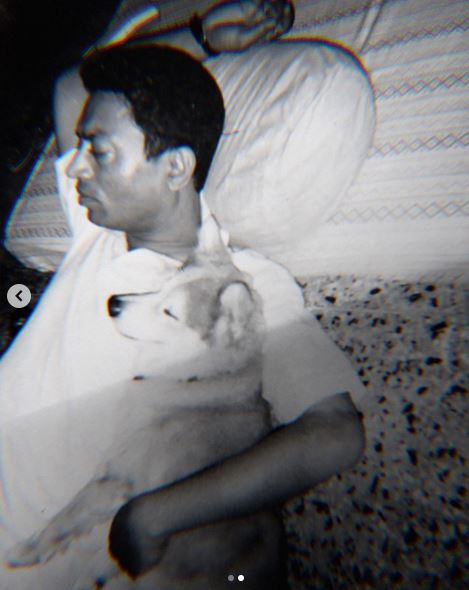 Going further in his note, Babil had reflected on his dad's acting career and how he was beaten by actors with six-pack abs at the box-office for most of his career. The doting son had written, "My father gave his life trying to elevate the art of acting in the adverse conditions of noughties Bollywood and alas, for almost all of his journey, was defeated in the box office by hunks with six-pack abs delivering theatrical one-liners and defying the laws of physics and reality, photoshopped item songs, just blatant sexism and same-old conventional representations of patriarchy (and you must understand, to be defeated at the box office means that majority of the investment in Bollywood would be going to the winners, engulfing us in a vicious circle)." On May 1, 2020, also Babil Khan had taken to his Instagram handle and had shared an unseen video of his father. The video was proof of Irrfan's love for food and enjoying the little moments as we could see him eating pani puri after a long shoot. Alongside it, his son had written, "When you're on a diet for so long, and then the shoot ends and you can have pani puri." Check it out below: (Also Read: Teejay Sidhu's Daughters, Bella-Vienna Accompany Her And Daddy, Karanvir For Her Pregnancy Checkup)

Do you like Babil and Irrfan's adorable picture? Let us know! Late legendary actor, Irrfan Khan was honoured with the Best Actor in a Leading Role (Male) Award for his brilliant performance in the film, Angrezi Medium, at the 66th Vimal Elaichi Filmfare Awards. The award ceremony is going to be telecasted on April 11, 2021. To receive the prestigious award, it