American writer, Harriet Ann Jacob once said, “Death is better than slavery.” This could have been one of the final thoughts before 27-year-old Manjula Devak decided to end her life.

Manjula, a fiercely ambitious woman who was pursuing her PhD from IIT Delhi committed suicide by hanging herself, because she like many other women was allegedly a victim of dowry harassment. No suicide note was found. 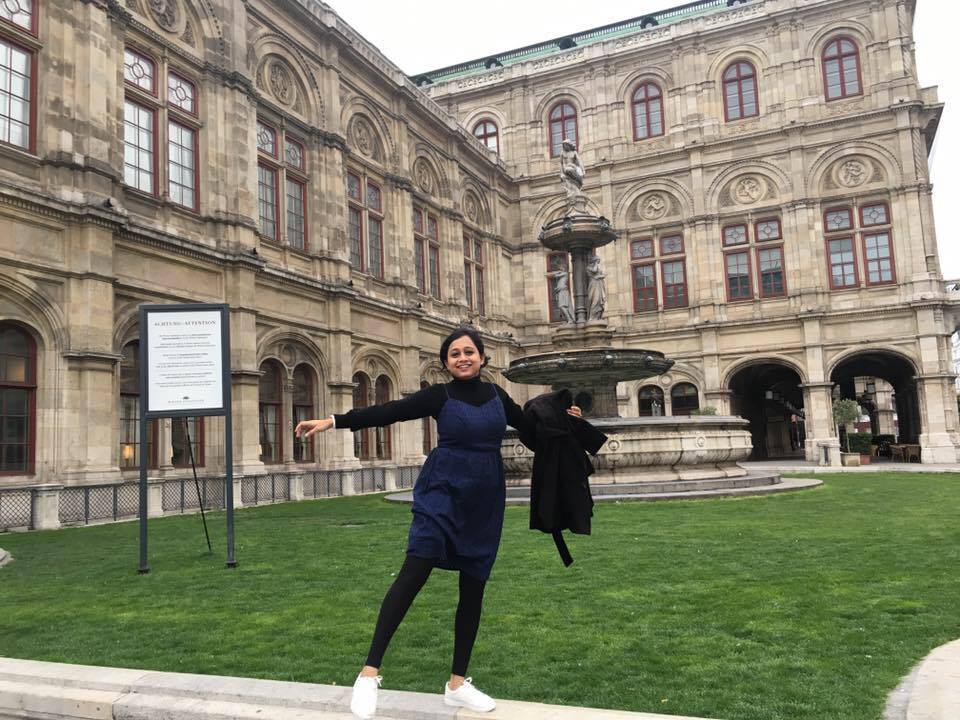 Manjula last spoke to her mother Seema on Sunday and Manjula’s neighbours claimed they had last seen Manjula on Monday. Manjula was found hanging in her room on Tuesday at around 7.45 PM, when the police broke open the door after her friends claimed she was unresponsive to calls and text messages. 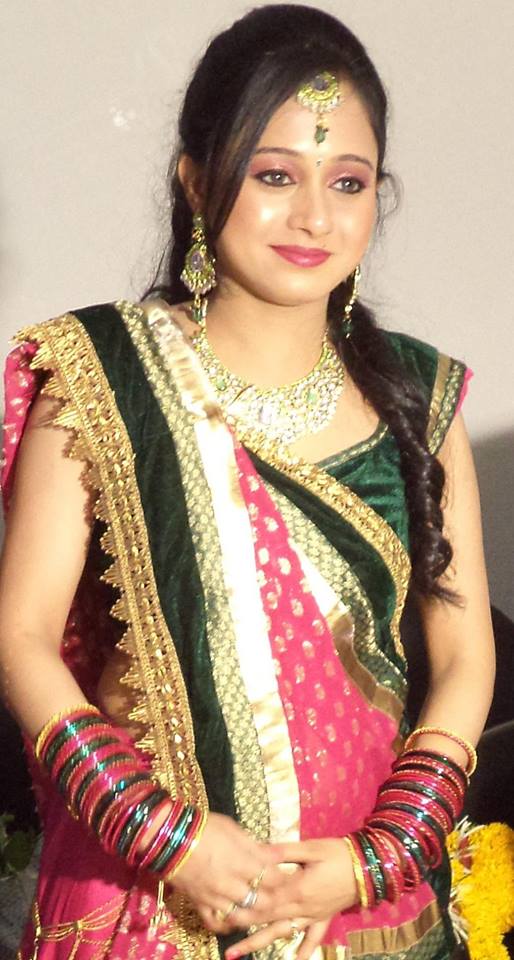 Manjula had an arranged marriage with Ritesh Virha, a software engineer by profession in 2013. Manjula’s father stated that at the time of their marriage, he made it very clear to Manjula’s in-laws about Manula’s ambitions and they agreed, but gradually started torturing her to leave her studies.

Must Read: 8 Beautiful Yet Inspiring Indian Weddings That Broke All Stereotypes

Manjula was pursuing her PhD and was going to complete her thesis next month, but her husband and in-laws wanted to her to leave her studies and instead do the household work in Bhopal. 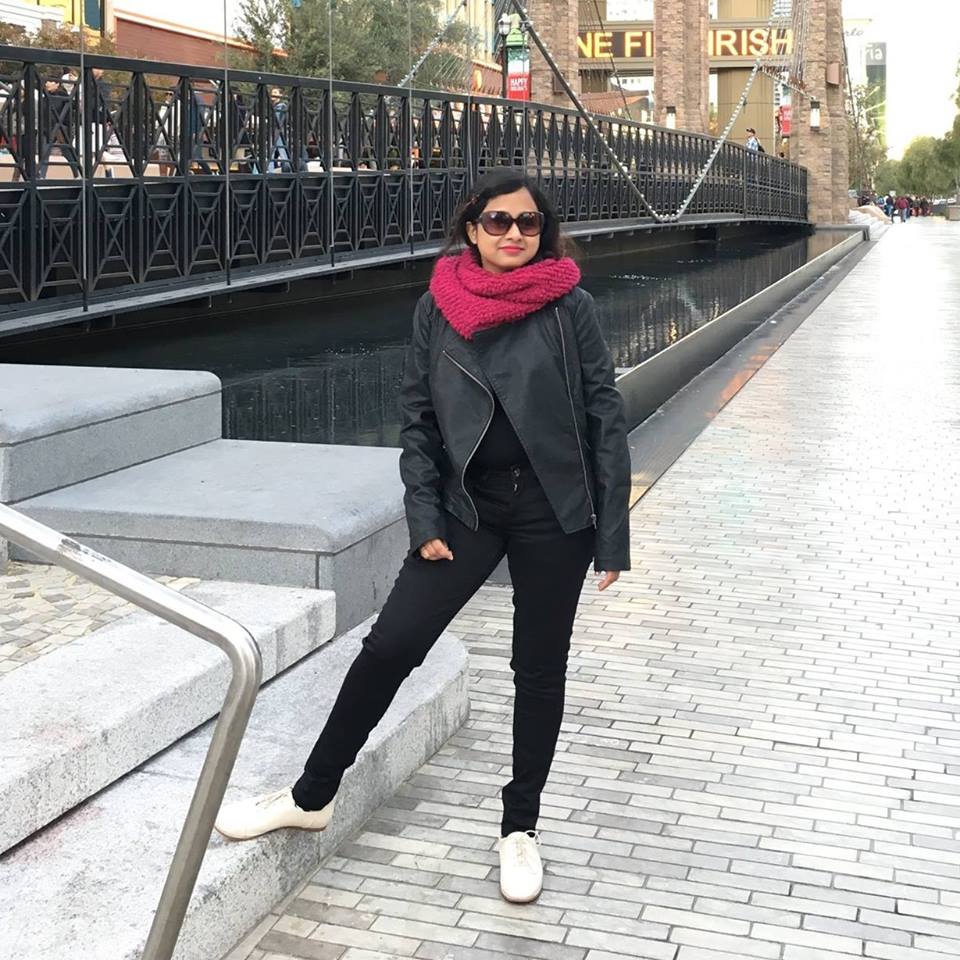 Manjula’s father, while talking to the media, said:

“She was a brilliant girl. She was going to complete her thesis next month, but her husband and parents-in-law wanted her to come back to Bhopal and do household work.”

“Was my daughter going to wash dishes and sweep the floor after completing her doctorate?”

Dowry demand – how it all began 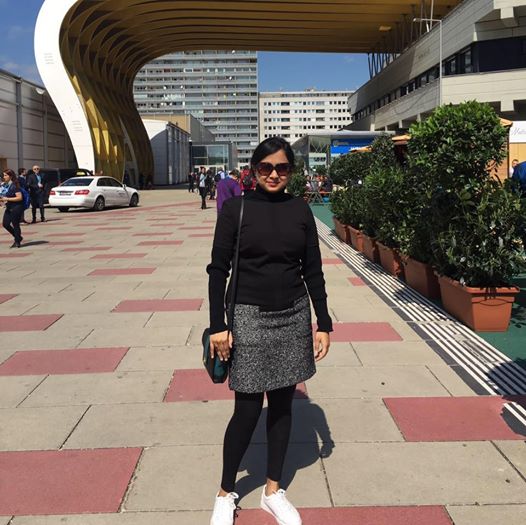 In 2015, Manjula’s husband Ritesh quit his job as a software engineer and came to live with Manjula at IIT Delhi’s Nalanda Apartments. Manjula’s father stated that he even used to beat up his daughter and began demanding dowry. He asked Manjula to arranged 20 lakhs so that he could start his own business. 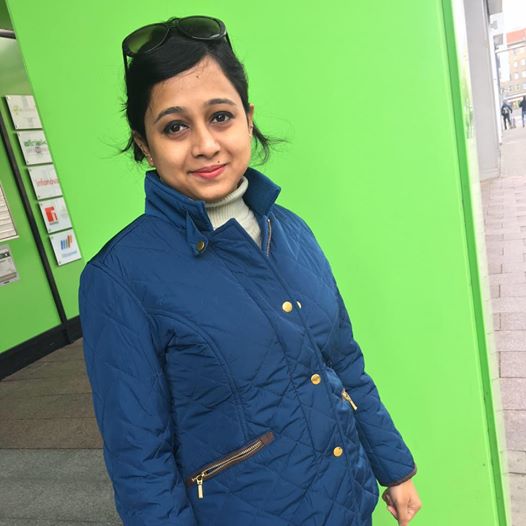 Manjula’s father was quoted as saying:

“He used to get drunk and abuse her, but she never told anyone because she was scared that the campus authorities would get to know.”

Manjula’s father also stated that in 2015, Manjula tried to end her life by slitting her wrists, but chose not to report it as she was scared for her younger brother and sister’s future.

Also Read: This Indian Couple Stunned The World With Their Unique Wedding

Husband claims he is innocent 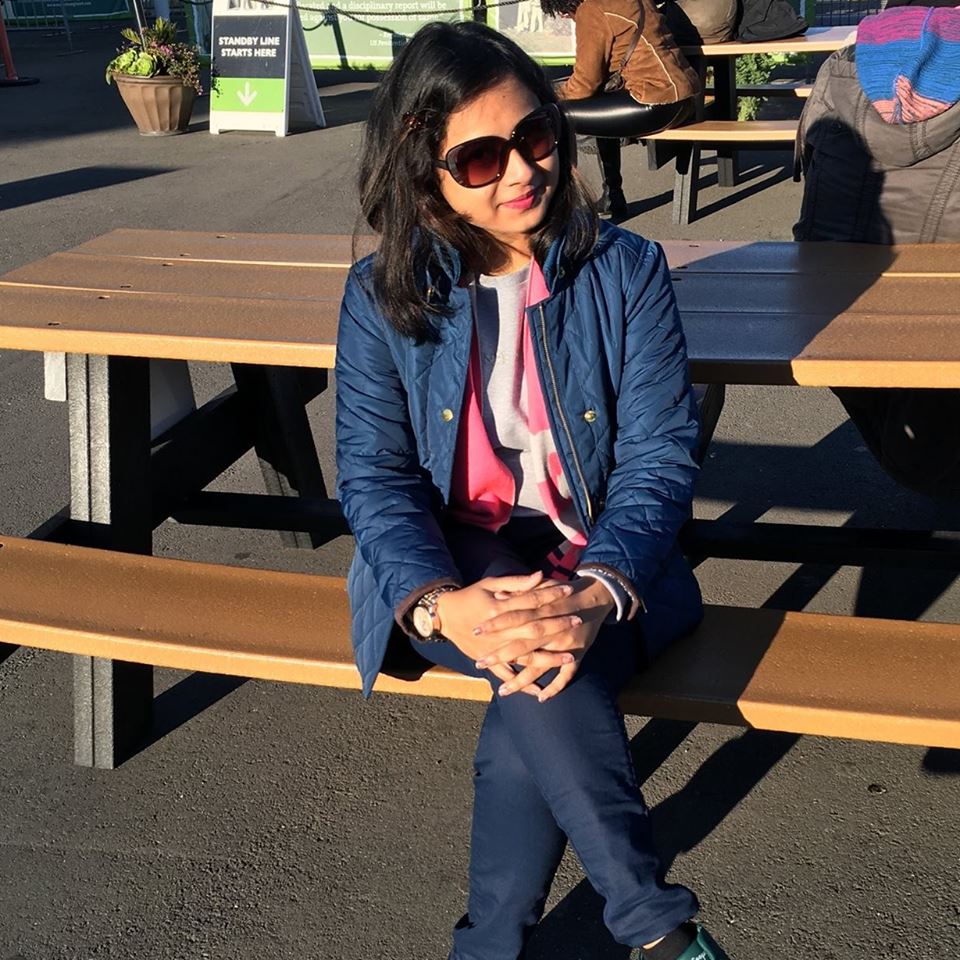 Manjula’s husband Ritesh, who is in Delhi, refuted all the dowry allegations saying, “these are all allegations, let the truth come out.”

“It was a mistake to educate my daughter and send her to IIT. I should have saved all the money for her dowry.”

According to an article published by Rajnikant Vs CID Jokes, Manjula’s sister’s Whatsapp chats clearly states how Manjula hated her husband and in-laws and how the divorce talks were on.

Here’s are the screenshots: 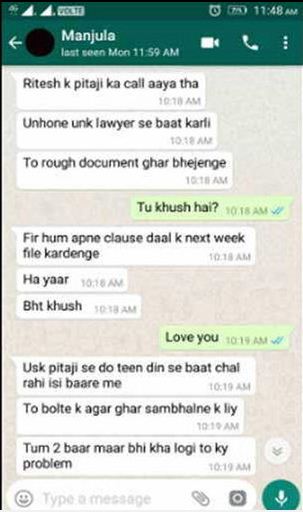 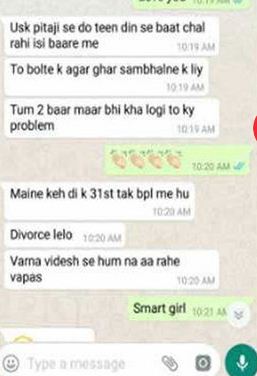 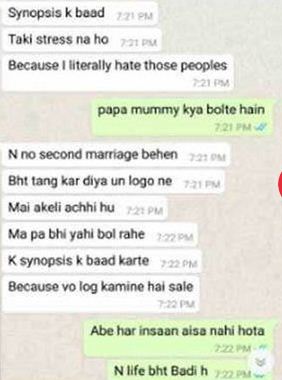 Looking at these WhatsApp screenshots, it is crystal clear that Manjula had made up her mind to walk out of the marriage. But what is unclear what drove Manjula to commit suicide as according to the chat she had with her sister, she was happy and willing to lead a life alone.

Suicide is never the solution, but we hope you are resting in peace Manjula.

Next Read: Karnataka Bride Marries Her Fiance Clad In A Nightdress, Lying In An Ambulance