Gurmeet Choudhary and Debina Bonnerjee or shall we say, Ram and Sita, of Indian television, are a happily married couple. The two came in the limelight when they played the protagonists in Ramayan, which aired on NDTV Imagine. They looked so good together that everyone wanted to see them like that in real life too.

Well, the prayers of their fans were answered, as this on-screen jodi turned into a real one by tying the knot on February 15, 2011. So, let us take a look at their beautiful journey of being just co-stars to becoming soulmates. 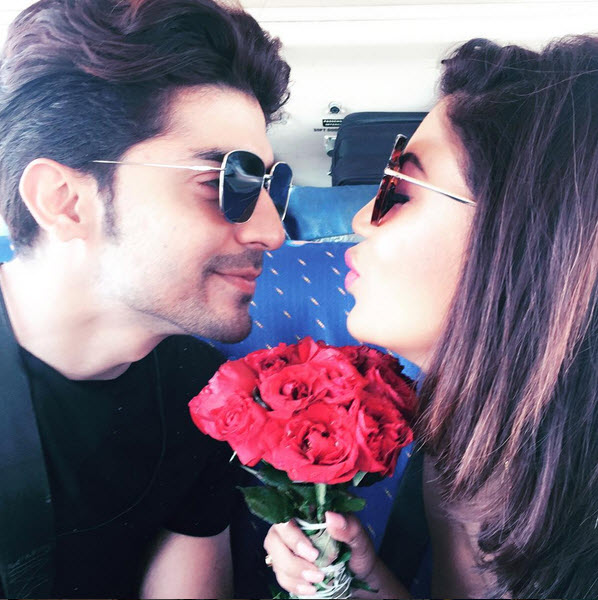 Debina first saw Gurmeet at a talent hunt show where the two co-participated. They were both among the top 30 contestants and became friends soon, but there was nothing more than that between the two. The credit of their moving on from the 'friendship' phase to the 'lover' phase goes to their friends. As Debina recalls:

“I came to Mumbai in 2006 for a talent hunt contest and met Gurmeet there. He was also among the top 30 contestants. That's when I saw him for the first time, but then, we were just friends. Later, when I shifted to the city, he helped me in settling down. He was my roommate's boyfriend's friend, and he always used to come along with his friend to our place. While they both chatted, me and Gurmeet used to spend some time together and this went on for days. After a couple of months, my roommate's boyfriend shifted to some other place, and thus he too stopped coming. It was then that we started missing each other and felt that we shared a bond.” 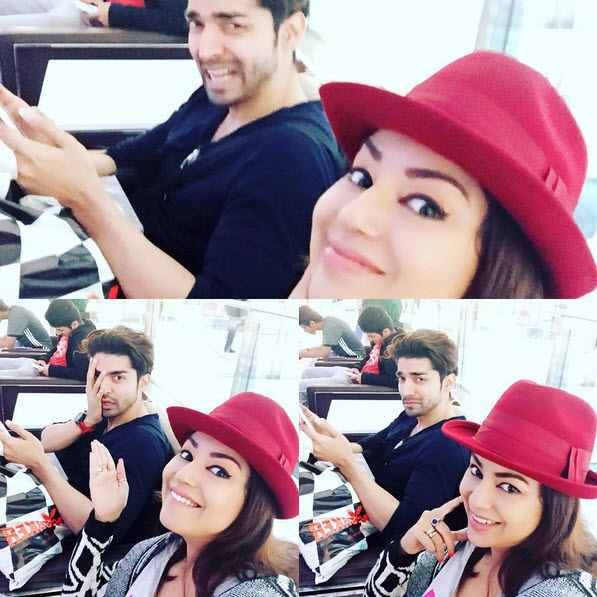 Even Gurmeet felt the same way, he says:

“Once I couldn't accompany my friend and I couldn't visit Debina. That day I missed her lot. I realised that I am in love with her.”

Once they realised that there was something more between them than mere friendship, it was time to confess their love. But the problem was, how? According to Debina, Gurmeet is a very shy person. So, it took a lot for him to express himself. Debina jokingly says:

“He is a very shy person. One day he called me, and we talked for more than two or three hours. At the end, I had to tell him that I know you want to say 'I love you'.” Their bond got even stronger when they worked together on the serial, Ramayan.

Must Read: 10 Reasons Why Our Dear Men Need To Sport A Moustache Right Away! Gurmeet and Debina, just like other couples, have their own take on what they like as well as dislike about each other. When asked about what attracted her to Gurmeet, Debina once said:

“Gurmeet is a typical husband material. I have always admired Gurmeet as someone very sober and hardworking. He used to stay awake whole night, and then next day go for auditions. His subtleness, hard work and of course, looks are what attracted me to him.”

Don't Miss: Significance Of Saat Pheras Or Seven Vows In An Indian Marriage 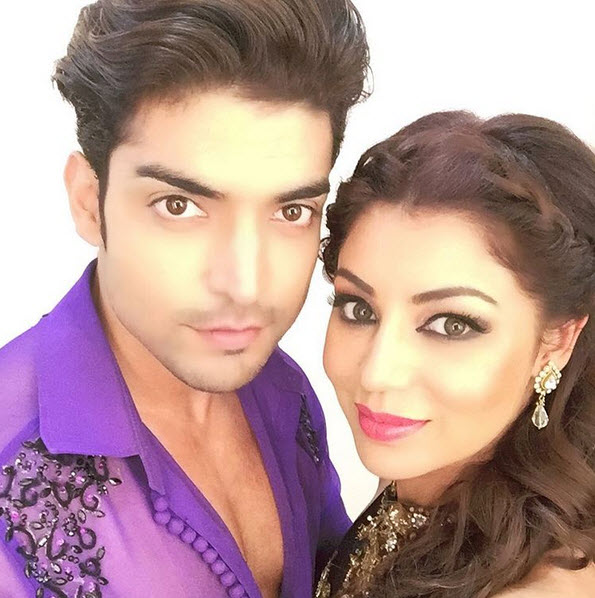 Talking about what she dislikes, she said:

“Gurmeet is the most polite and humble person I have ever come across. He is very good at managing without hurting people's feelings. But when he gets hurt, he goes into a shell, and will not let anyone know that he is hurt. That's what I dislike about Guru.” “Debina’s my pillar of support.” And, Gurmeet's answer to what he dislikes about Debina is very simple:

“What I dislike about Debina is her lack of diplomacy.” After Debina managed to make Gurmeet accept his feelings for her, the courtship period began. But mind you, this is not a clichéd Bollywood-style romantic story that you can expect from these two. Wondering why? Well, simply because Gurmeet is a very confused lover. Now, you do not get confused! Debina's words will explain everything:

“Gurmeet would do all those things, which no boyfriend in this world would think of doing. His surprises, gifts were never planned and were extremely funny. Once he gave me a rose and I could smell it from far off as he had sprinkled so much of rose water on it. Rubber toys, jokers were what he used to gift me. He was totally confused. But irrespective of all this, I knew how pure and genuine his love was for me.” Yes, he is not a conventional lover, but that does not make him any less romantic. Debina explains:

“Guru celebrated my birthday in the middle of the road. I still can't believe he did that and that also with band baaja, in 2006.”

The big question and the simple wedding

After five years of being in a steady relationship, Gurmeet finally proposed to Debina with a big diamond ring on a reality TV show, Pati, Patni Aur Woh. Gurmeet's proposal on national TV shocked Debina and she blushingly said 'yes'. Take a look at the beautiful proposal yourself:

The simple proposal led to a simple wedding. The couple chose not to go overboard with the wedding ceremony, but they made it special by tying the knot on a day after the Valentine’s Day, that is, February 15, 2011. They had a registered marriage at their home in the presence of their families, and a very few close friends. Nothing loud, nothing flashy; just a simple wedding for two people in love! 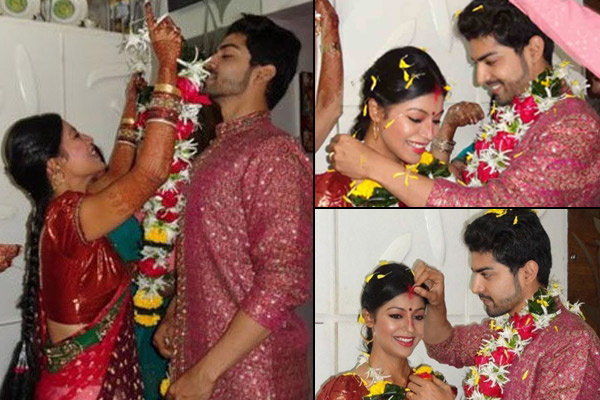 Since, they both belong to the television world, having a follow-up party was mandatory. So, the couple invited their star friends to join them in their moment of happiness at a hotel in Mumbai, which was attended by some of the biggest names of the telly world. The celeb guests included Drashti Dhami, Kushal Punjabi, Natasha Suri, Mink Brar, Amit Sarin, Akhilendra Mishra, Ravindra Jain, Anand and Nisha Sagar, Shakti Sagar, Saurabh Pandey, Claudia Ciesla, Sachin Shroff and Juhi Parmar, Sangeeta Kapure, Romash Mehta, Annie Gill, Abhinav Shukla, Smitha Kondkar, Hina Khan, Devyani Singh, and many others. The couple entered the venue dancing, and Gurmeet happily said:

“I am so happy that Debina is finally Mrs Choudhry.”

Take A Look: 14 Sweet And Honest Promises Every Man Should Make To His Future Wife

The couple and reality shows “No, he has not dropped me. Everyone says that Gurmeet will never drop Debina, so we can keep giving him tough lifts. Jaan jaaye, par Debina haath se na jaaya (lose your life but you cannot lose Debina)! I am lucky, he has always been very protective of me. That gives me a lot of confidence.” 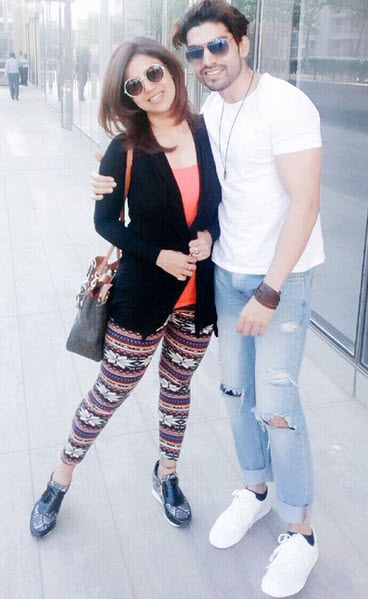 Gurmeet and Debina showed their daring side in the show, Khatron Ke Khiladi Season 5, and won the position of first runner-ups. The last they worked together on-screen was in Gurmeet's debut movie, Khamoshiyan. She did a cameo in the movie, but this is not it. It has a really cute story attached to it. Gurmeet explained:

“She (Debina) will make an appearance in all my films. I have promised her that.”

So adorable it is, don't you agree?

After so many years of togetherness, the couple’s love for each other is simply getting stronger and stronger. And, we wish them nothing but a lifetime full of happiness and good luck!