A few moments ago, Genelia Deshmukh posted a beautiful picture of her 'boys', planting their trees. Scroll down to check it out!

One of the cutest young mommies of Bollywood, Genelia Deshmukh takes immense pride in sharing little glimpses of her boys, Riaan and Rahyl's fun activities on her social media handles. Scroll down to check out her latest post! (Recommended Read: Jay Bhanushali And Mahhi Vij's Baby Girl Tara Turns Into A 'Desi' Princess In A Suit, Looks Adorable)

Some days ago, Genelia Deshmukh had posted a candid click of her husband, Riteish Deshmukh and their kids, Rahyl and Riaan on her IG handle. In the picture, they were seen walking on a bridge over a river, with their little boys leading them. Genelia had penned a beautiful message with it, expressing how kids lead the parents in future. Check out the picture below: A few moments ago, Genelia Deshmukh posted a beautiful picture of her 'boys', planting their trees. The picture featured the doting father, Riteish Deshmukh helping his boys, Riaan and Rahyl in planting saplings. The proud mommy posted the candid click on her IG stories and wrote, "Boys busy trying to plant their trees." Take a look at the picture below: 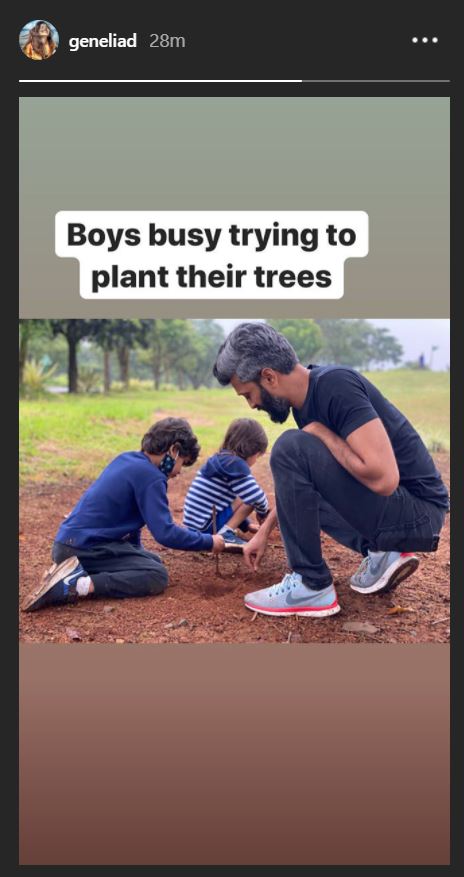 For the unversed, Genelia Deshmukh had tested positive for COVID-19 on August 8, 2020, and had home-quarantined herself for 21 days. In an interaction with the Mid Day, Genelia had talked about what had kept her going in those tough times. She had said, "My doctor had warned me that those quarantining feel bouts of loneliness. It was tough to be locked away from Riteish and the kids. Thankfully, Riteish, my mother and mother-in-law, Riaan, Rahyl and my friends would take turns calling me. They made sure I didn't feel lonely." Further, speaking about how had she might had contracted the virus, Genelia had said, "We were in close contact with someone who had tested positive, so we did the tests as a safety measure. I was sure I hadn't contracted the virus as I didn't show any symptoms. So, it was surprising when I was the only one in the family to test positive. Though I remained asymptomatic, I tested positive again after 14 days. So, I was recommended another week of quarantine." (Also Read: Sonu Sood Wishes His Younger Sister, Malvika On Her Birthday With A Then-And-Now Picture) 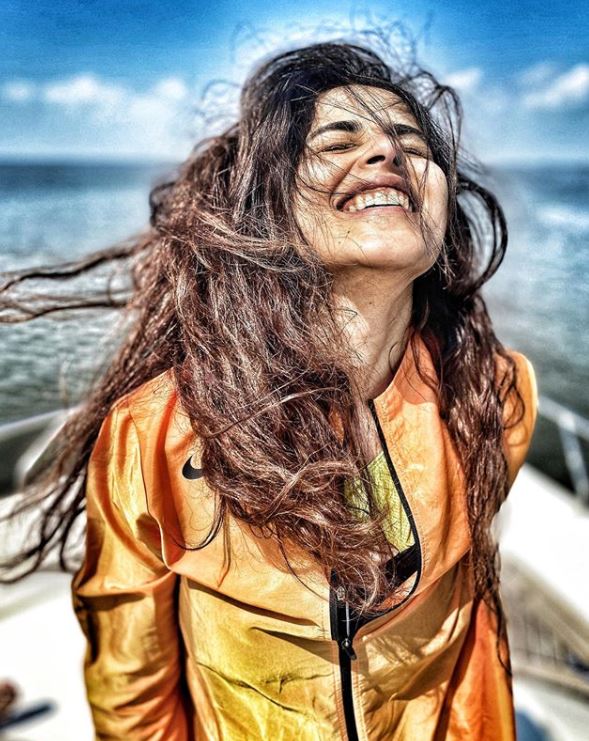 Not only a hands-on mommy, but Genelia is a doting wife too. And the amazing chemistry between the couple is adored by their fans. On October 1, 2020, Riteish had posted a couple of pictures of his new beard look on his IG handle. In the pictures, Riteish had donned an ensemble by Raghavendra Rathore. Alongside it, he had written, "The secret of great style is to feel good in what you wear." Ines de la Fressange." On this, Genelia had instantly commented, "Hot", with fire emojis. 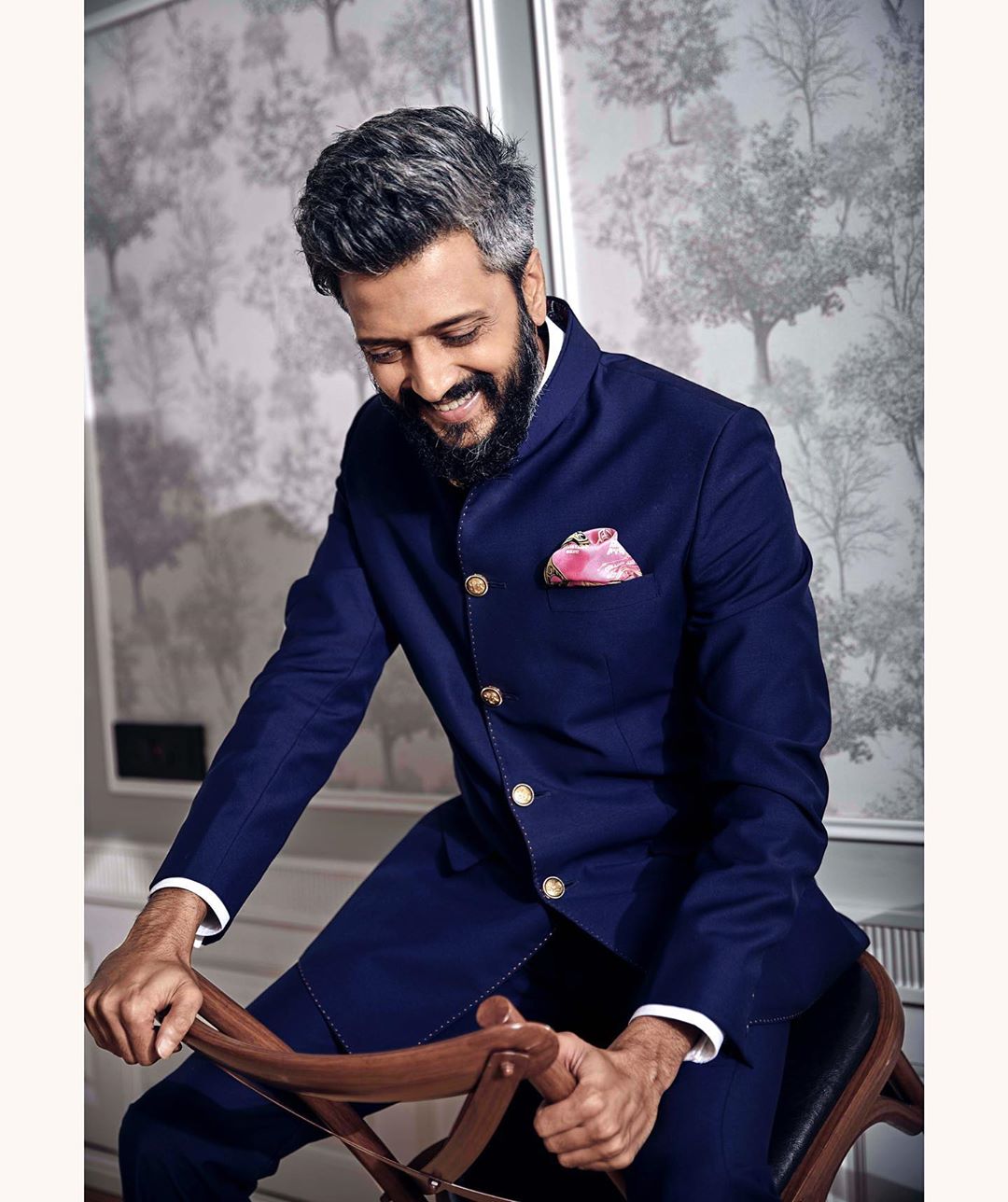 Earlier,  in an interview with The Times of India, Riteish and Genelia had talked about their first meeting. Riteish had shared, "I was flying to Hyderabad for the test shoot of Tujhe Meri Kasam and I was told that the girl opposite me would be there. I walked out of the airport and met Genelia's mom. Then I saw this tall girl looking in the opposite direction, completely ignoring me. I was like, 'Why is she behaving like this?'" To which, Genelia had chipped in, "I did say, 'Hi!' I'd found out two days before that he was the Chief Minister's son, so I assumed he was a spoilt brat, a typical politician's son, so I thought I'd give him attitude before he did! (laughs) Otherwise, I am shy and reserved by nature." (Don't Miss: Mira Rajput Kapoor Sends Love To 'Devar', Ishaan Khatter As She Cheers For His Film, 'Khaali Peeli')