Rohan Shrestha shared some gorgeous pictures of his alleged girlfriend, Shraddha Kapoor on his IG handle, and fans ended up asking them their wedding plans!

Shraddha Kapoor and her wedding reports with her childhood friend, Rohan Shrestha, have been hitting the headlines for quite some time now. While their family members have made some cryptic statements about the same, their fans cannot wait to see them together. Shraddha and Rohan have neither confirmed nor denied their dating reports, but their gestures like celebrating birthdays together, going on date nights or attending weddings together, suggest a lot.

Shraddha Kapoor had turned 34 on March 3, 2021, and some pictures from her birthday celebration had gone viral over the internet. In the pictures, Shraddha had looked happiest while cutting her birthday cake with her closed ones, but the one, that had caught everyone’s attention was with her rumoured boyfriend, Rohan Shrestha. Dressed in a black t-shirt and jeans, Rohan had accompanied Shraddha for the celebrations with his arms wrapped around her while she had ringed in her birthday. 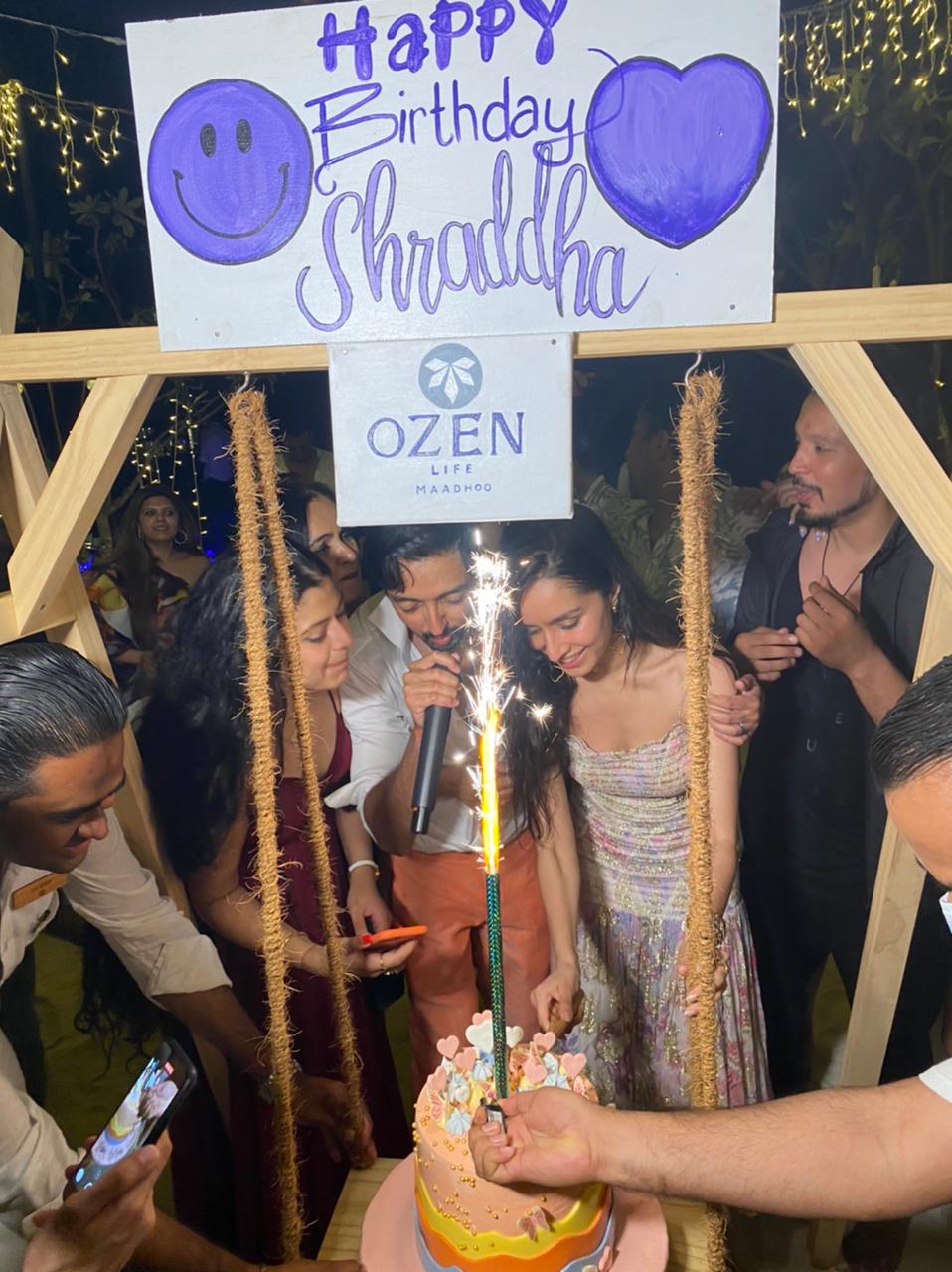 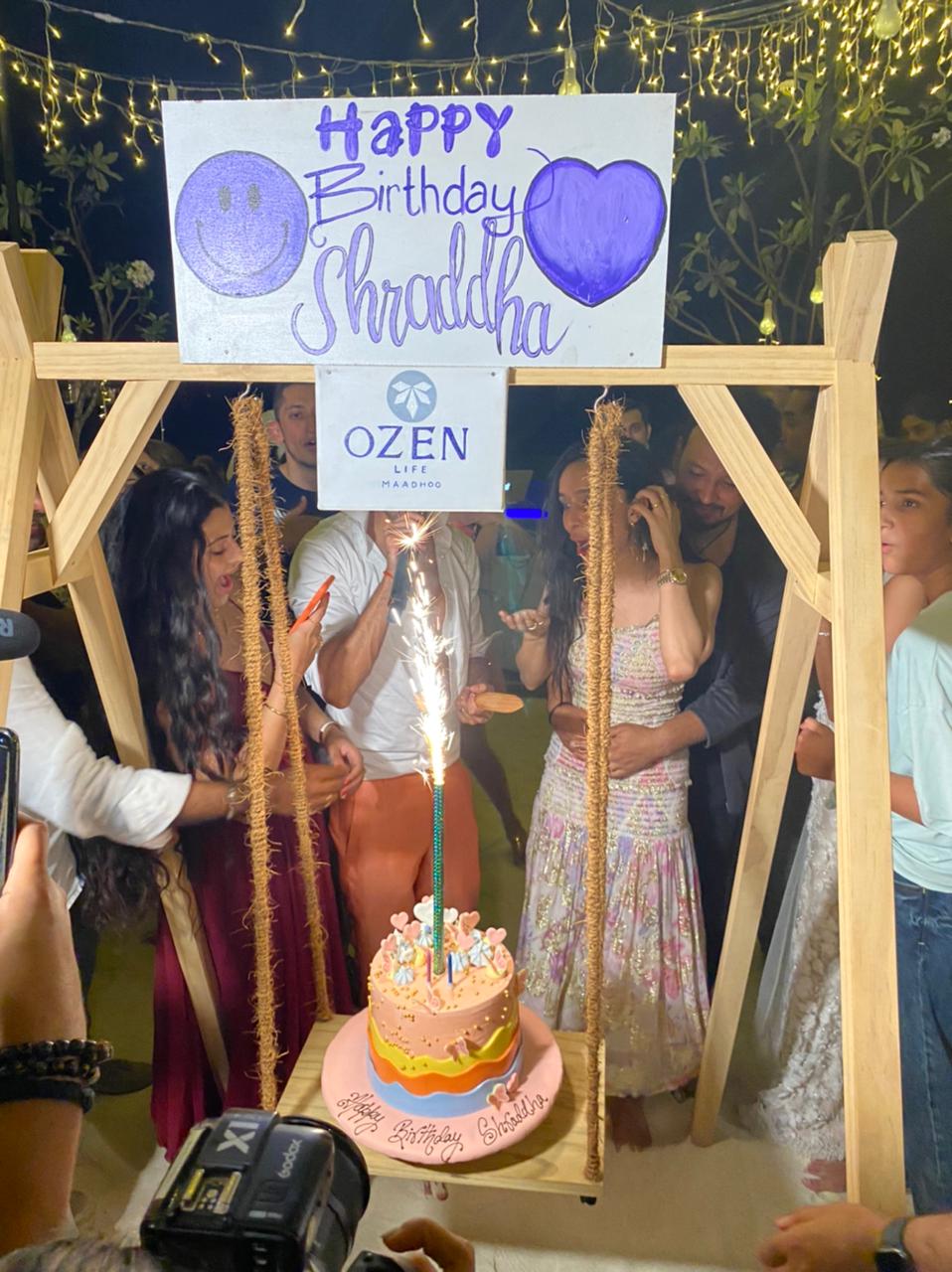 A few hours back, Rohan Shrestha shared a series of pictures of his alleged girlfriend, Shraddha Kapoor on his IG handle. In the pictures, Shraddha can be seen donning different ensembles from the brand, Indya as she turned a muse for them. In every picture, Shraddha looked gorgeous, flaunting her Indian look. 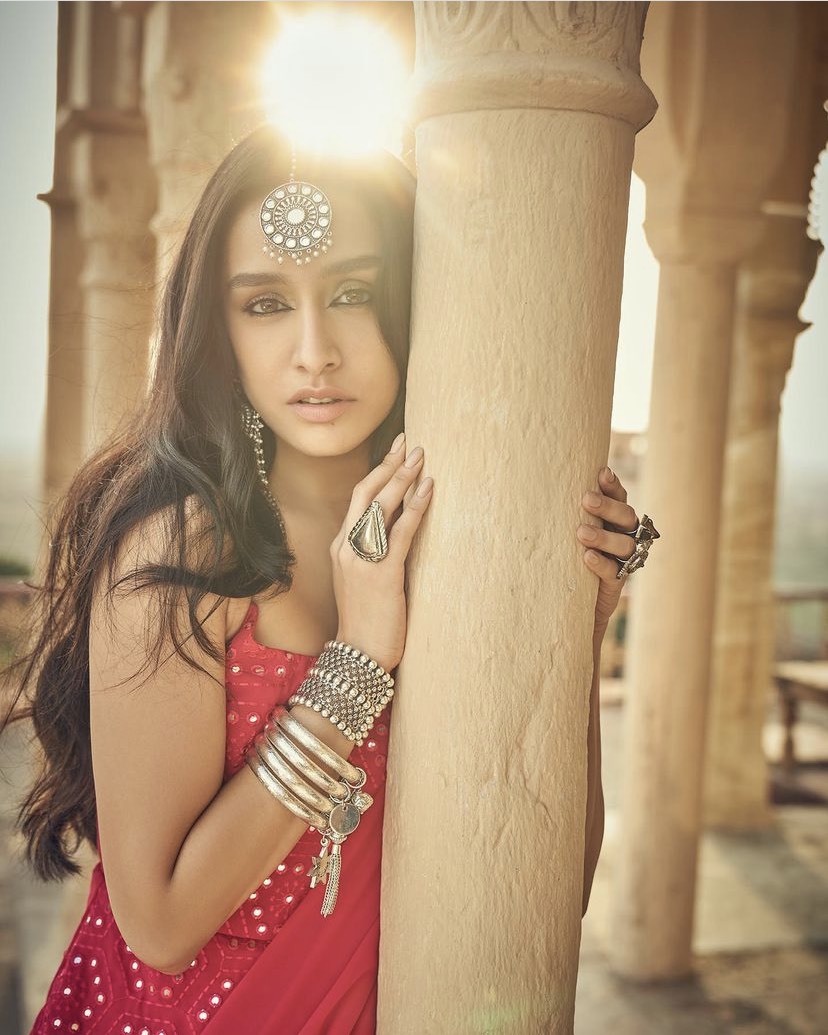 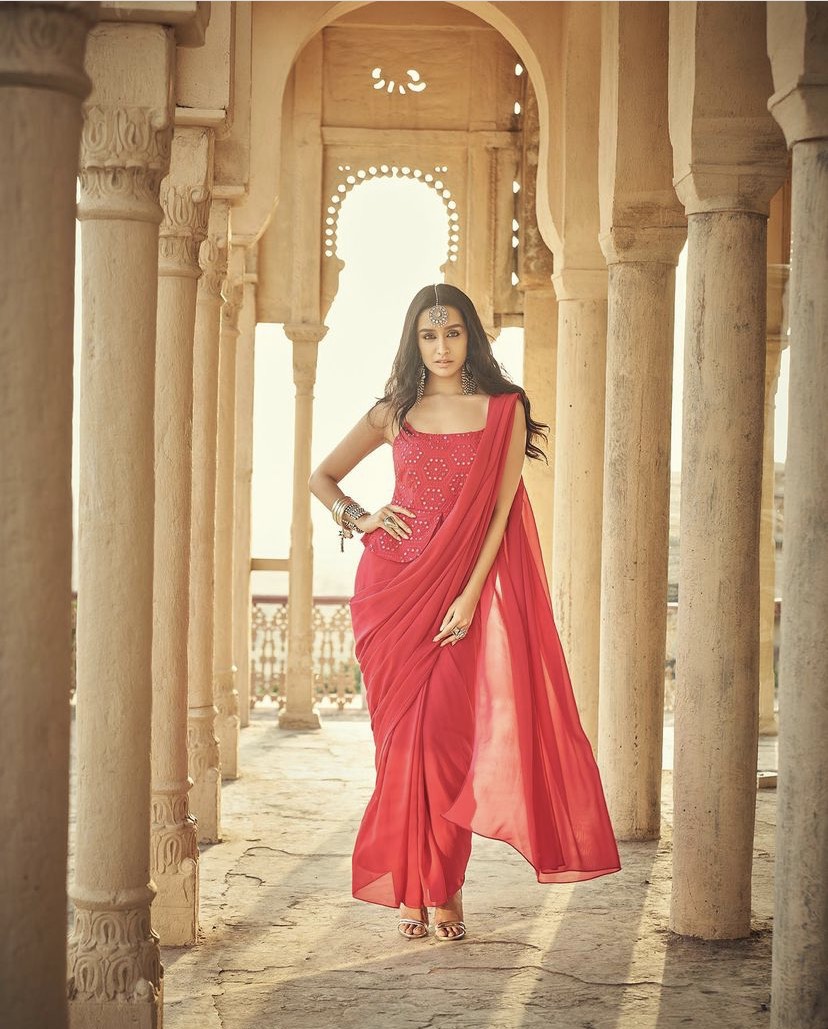 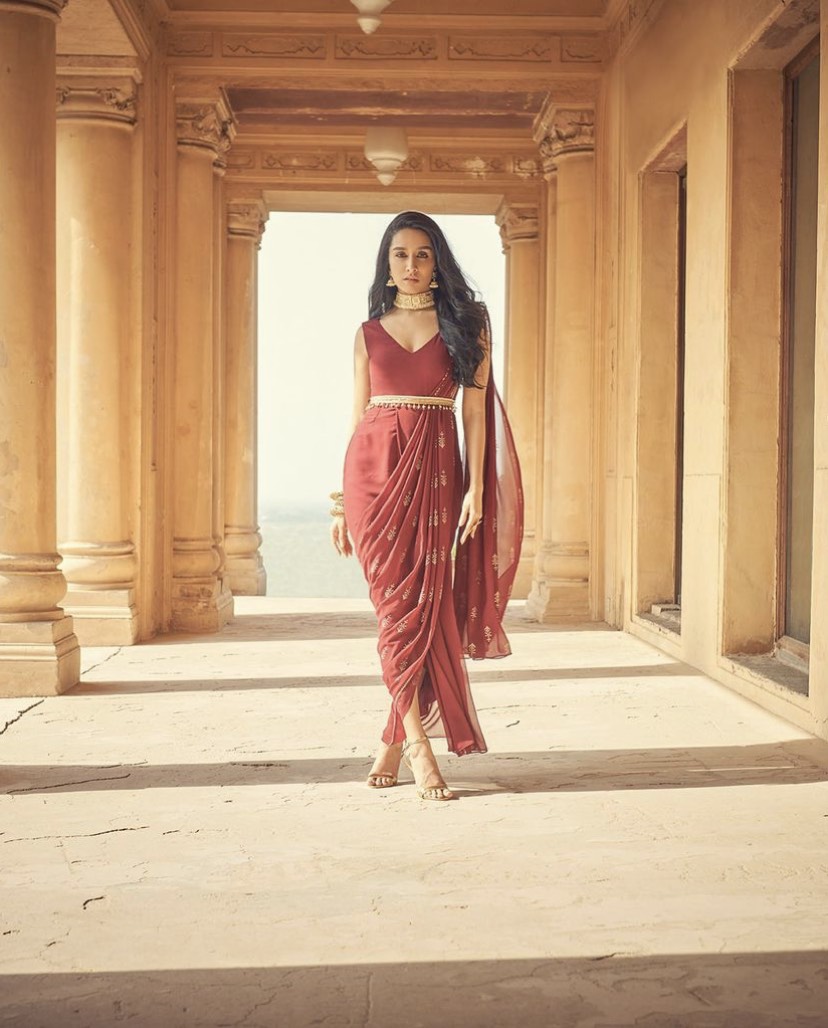 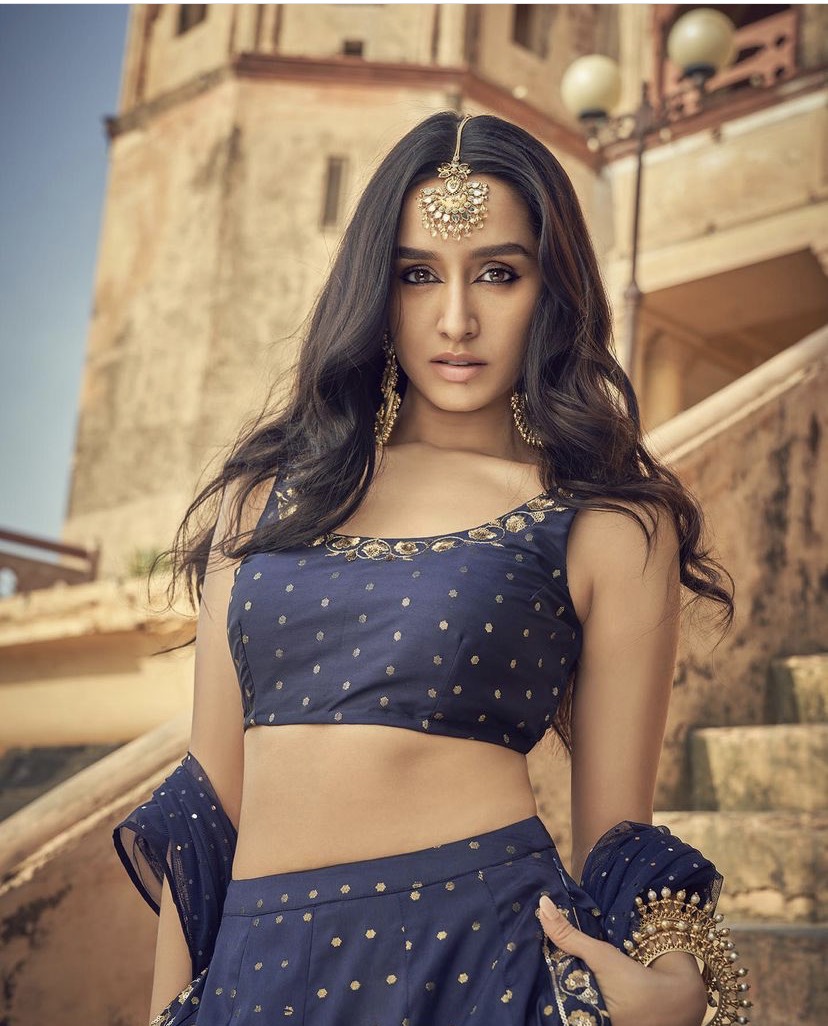 As soon as Rohan Shrestha shared the pictures of his alleged girlfriend, Shraddha Kapoor, their fans started asking him about their wedding plans. While one user commented, “When will u getting married to her”, another one wrote, “Get marry to her.”

After Shraddha Kapoor’s birthday, she was spotted with Rohan for a dinner party on the photographer’s birthday. On the night of March 9, 2021, Shraddha and Rohan were spotted after a dinner date in a plush restaurant BKC in Bandra, Mumbai. While Rohan had looked dapper in a black t-shirt and matching trousers, Shraddha's OOTN had blown our mind. The actress was looking stunning in black leather pants with white stripes, which she had teamed with a white bralette and had added a two-coloured blazer over it. Shraddha's black and beige blazer was definitely a steal. She had completed her look with gold hoops and minimal makeup.

Recommended Read: 'Spiltsvilla 10' Fame, Anmol Chaudhary Says A Guy Struggled To Date Her For Being A Single Mom

In an interview with India.com, Shraddha Kapoor's maasi and veteran actress, Padmini Kolhapure had reacted to the wedding reports of her niece with Rohan Shrestha. She had given an interesting reaction, as she had giggled and had said, "Marriage, wow! That's a strange question. Agar waisa hoga toh khabar mil jaigi.” Even though Shraddha Kapoor and Rohan Shrestha haven't confirmed their relationship yet, the reports of their marriage often do the rounds. In an interview with ETimes, Shakti Kapoor had reacted to his daughter's wedding and had stated that he has no objection to anyone she chooses. Revealing that he will always stand by her decision, Shakti had said, "Why only Rohan Shrestha? If she comes and tells me whoever she has chosen and wants to settle down with, I will not have any objection." 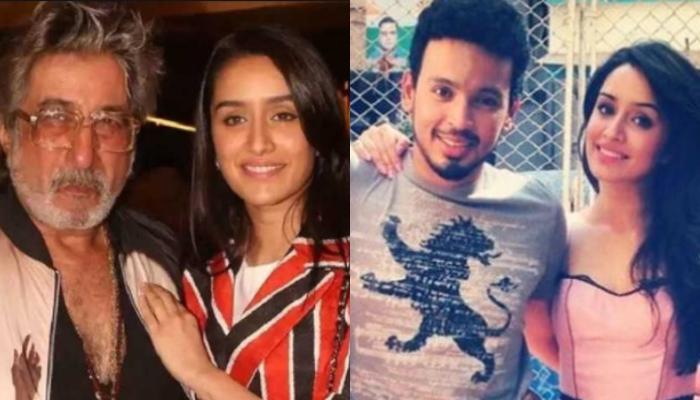 Next Read: Raqesh Bapat Reveals That One 'Never-Ending' Thing Between Him And His Ex-Wife, Ridhi Dogra