Dia Mirza is one of the most beautiful divas of Bollywood. The actress candidly spilled her heart out talking about her parents' divorce, her step-father and the fact that she took up the latter's surname.

Dia Mirza is one of the most beautiful divas of Bollywood. On October 18, 2014, she married her long-time beau and filmmaker, Sahil Sangha in Delhi and on August 1, 2019 the couple announced their separation. From being one of the most desired actresses in the Hindi film industry to winning Miss Asia Pacific 2000 title, Dia has truly been an inspiration to many girls out there.

In spite of a successful acting career, marriage and separation from her husband, her views on relationships and divorce are quite strong and unabashed. In one of her previous interviews, Dia Mirza candidly spilled her heart out talking about her parents’ divorce, her step-father and the fact that she took up the latter’s surname. 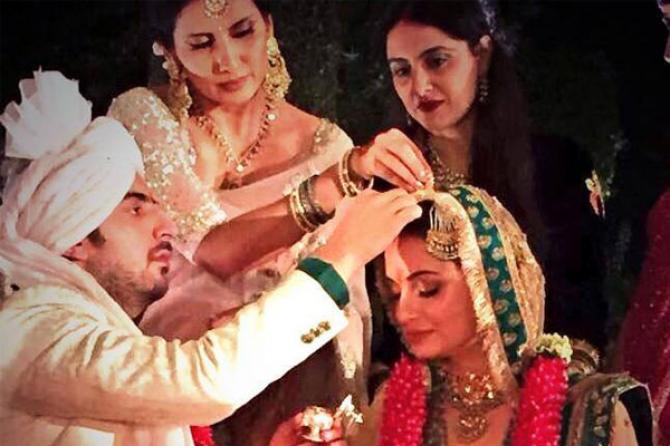 For the uninitiated ones, it must be mentioned here that Dia Mirza’s biological father, Frank Handrich was from Germany and her mother, Deepa is a Bengali. However, when Dia was four and a half years old, her parents got separated. After that, Deepa married, Ahmed Mirza, a Hyderabadi Muslim. Dia’s step-father later died in 2003.

In the interview, Dia opened up about her parents’ divorce when she was barely 5. She revealed that she was very close to her father. She said,

“I was very much attached to my father at the age of 4, he was my hero. In Lage Raho Munna Bhai, the shot where I am talking about how my father has lied to me in the cab with Jimmy (Shergil), on how disappointed I am with that lie, I say he is my Hero. That line came because I always perceived my father as a hero”. 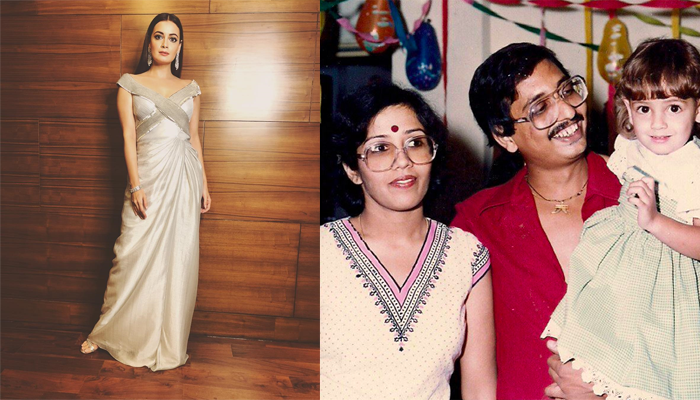 When Dia was asked how did her parents say to her that they were going to separate, Dia replied,

"Haan, so that's actually a very important one. So in my mind... In the child's mind my family, my parents were ideal. My set-up was ideal. It was perfect. I think I may have seen my parents fight on very few occasions, maybe once or twice. I saw one really bad fight. But otherwise, I was never really exposed to the fights. So the first thing that I was startled about was their desire to separate". 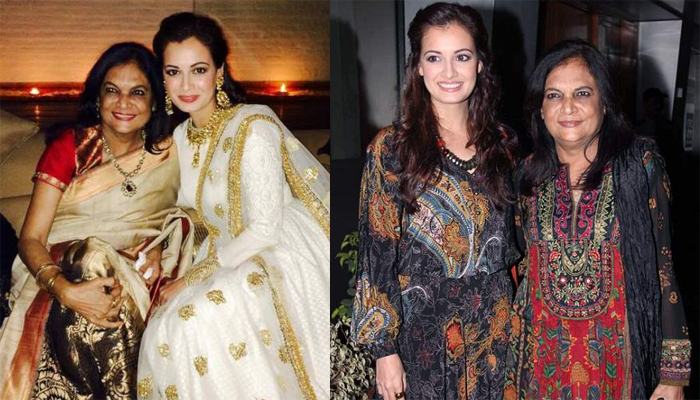 "I remember distinctly my mother saying something to me that I will never forget. And I think it was a very early lesson in honesty. She said, "You know two people may love each other a lot. But it doesn't mean they can live together. I love your father a lot. He loves me a lot. But we can't live with each other. Because when we live with each other, we make each other unhappy." And the truth is that I did not fully understand what they were saying. But, I respected it because it was the truth.”

“So the court had basically given my father the weekends and my mother the weekdays. I was most upset that somebody else had decided how much time I would get to spend with him. I would wait for the weekend to go off to spend time with my father. What really created a big shift was when both of them decided to remarry and they both married very quickly.” When she was asked how she felt, she opened up,

“It was very confusing in the beginning but...I think, I just because of the kind of people both my parents remarried and the kind of human beings they both were like my...I hate calling him my stepfather. But I do it so that people don't get confused. But my stepfather was an amazing, amazing human being. They both...my father, my stepfather and my mother consciously decided not to have another child. Because they didn't want to...what they believe traumatize me any further”.

After her parents’ divorce, Dia had to move from a half-European home to an Indian Muslim home. About that, she said,

“I think the first thing that my stepfather made very clear to me was that he would never take the place of my father. And that he was not my father. He was my friend. And he would only be my father the day, I chose for him to be my father”. 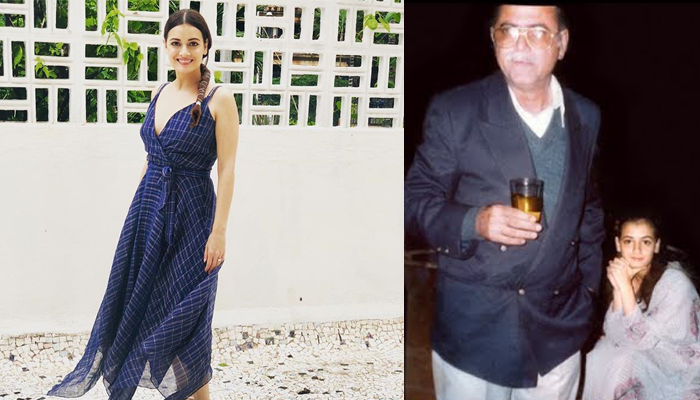 Talking about her stepmother, Dia said,

"I didn't really get much time with her because it was a very, very difficult marriage in the sense that her family was against my father marrying her so they had to kind of go away. The big, big shock was that suddenly one day my father disappeared. He didn't want anybody to find out where he was with her because they were kind of, they had kind of run away. I remember this very short phase when my father had taken this really quaint home in the outskirts of Hyderabad and my stepmother showed up one day to pick me up to take me to him".

"And I was with them for 15 days and it was the most magical 15 days because she was pregnant. And she was wonderful. Absolutely wonderful. I loved her. They were both very, very good with each other. And I think I was just really happy to see my father happy with her, with my stepmother”. Dia’s biological father passed away when she was 9, and the 36-year-old actress opened up about it,

"And I'll never forget a conversation my stepfather had with me after my father passed away. He said, "I had promised your father never to take his place, but now that he is no more I want you to know that you have a father". I think Malini it just makes you more empathetic. I think you just discover that your parents are human. They're fallible. They are flawed. And it's an extraordinary discovery because I think as children, we grew up thinking or imagining that our parents are superheroes. And they are not”. 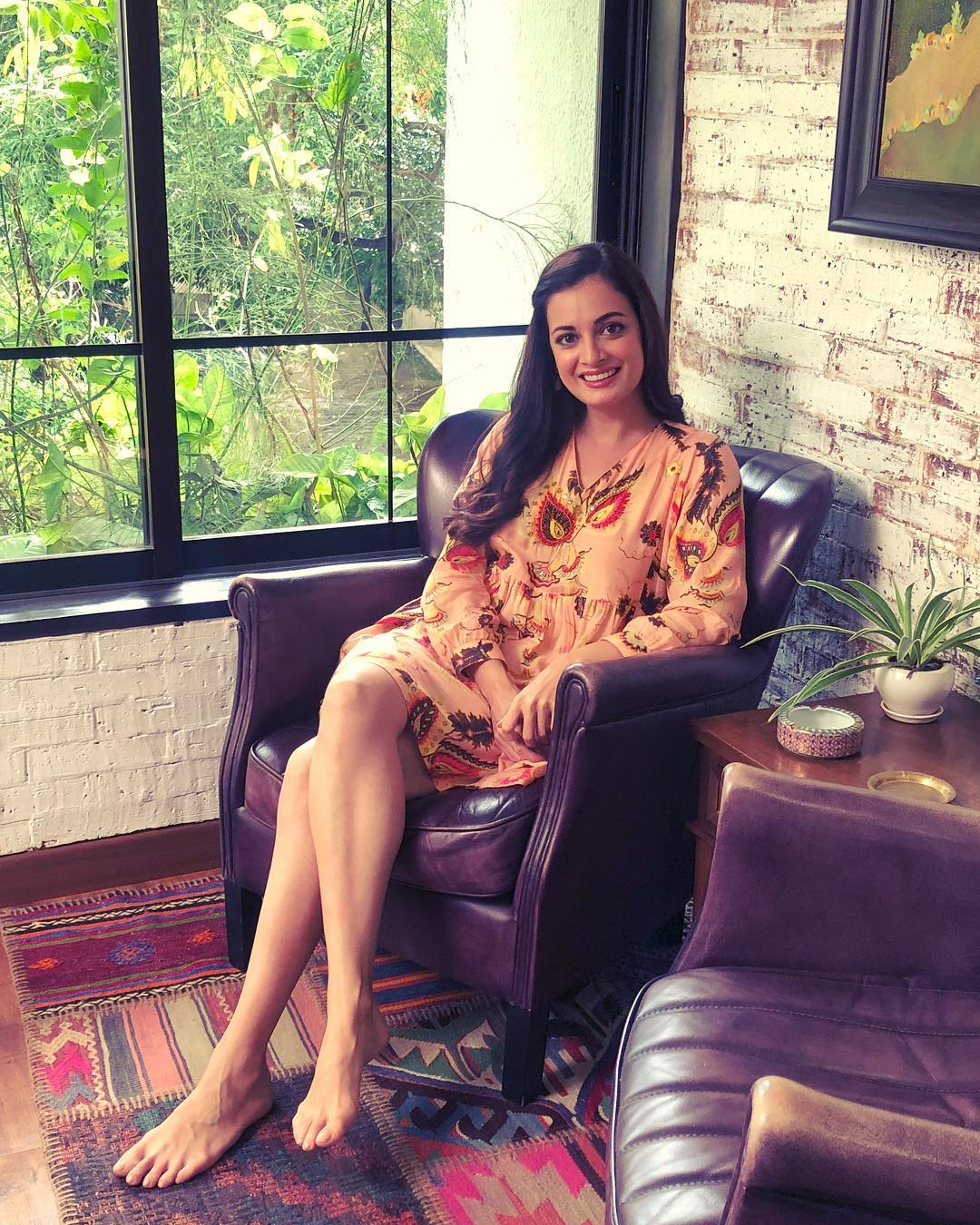 Moving on further, when Dia was asked what’s her take on children from divorce is, she replied,

“I think children who are in or who live with parents who can't stand each other and make each other's lives miserable would have a bigger problem understanding what a real relationship is. Because they don't see love. And what real love is.” What’s Dia’s advice for many parents out there who are in troubled marriages? To this question, she retorted,

Some really wise words from Dia Mirza, right? Well, she is truly an inspiration in every way and we must learn from her to embrace our life as it comes.