Every girl awaits and dreams big for her D-Day. We do pujas and havans before a wedding to ensure that the wedding is carried out peacefully and that no evil befalls before, on the day of the auspicious occasion. Something similar happened just a few days before evergreen actor, Mithun Chakraborty’s elder son, Mimoh Chakraborty’s wedding.

July 7, 2018 was the day when Mimoh and yesteryear actor and Hum Sath Sath Hain fame, Sheela Sharma’s daughter, Madalsa Sharma was about to get married, when sheer evil befell them. An FIR was charged against Mimoh where he was accused of raping, cheating and wrongfully terminating the pregnancy of a Bhojpuri actress. A charge sheet was also filed against, Mimoh’s mother and Mithun’s wife, Yogita Bali as apparently Yogita had threatened the complainant and told her to stop dreaming about "being her daughter-in-law". A situation and accusation like this would make any family call off the wedding and cut off all ties with the accused’s family. But Madalsa’s family handled the situation with a lot of calm and patience. The to-be brides's family confirmed the wedding and shared that everything would be the way it was and the wedding will take place on the aforementioned day. (Also Read: Disha Patani Posts A Lovely Comment On Alleged BF Tiger Shroff's Mom Ayesha Shroff's Pic)

In a recent confirmation to Bombay Times, Madalsa’s mother, Sheela Sharma shared, “It’s happening on July 7. Mimoh met her (the complainant) in 2015 and we are aware of it. In fact, Mimoh had also filed a Non Cognizable (NC) complaint against her for creating trouble in the past. Why has she resurfaced now, just a few days before the wedding? Why did she wait for so long to take action? Everybody has a past and we know the truth.” 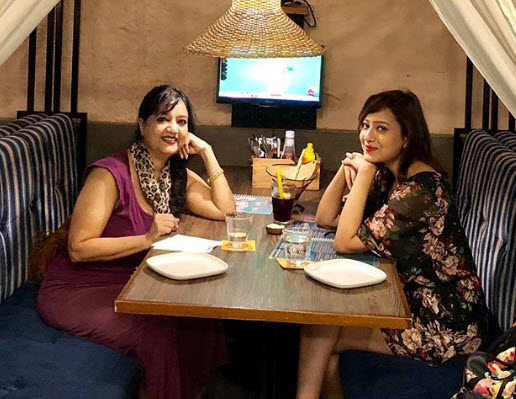 Well, that’s some good news! Meanwhile, a leading daily managed to have a few words with the complainant’s lawyer, Neeraj Gupta who stated, “A case against Mimoh and Mrs. Yogeeta Bali has been registered with Begumpur Police Station, New Delhi, under sections 376, 328, 313, 417, 506 of IPC. An FIR has been lodged and we shall see that the accused are arrested before his wedding with another girl on July 7 in Ooty”.

Grapevine was abuzz that Mimoh had puja-cum-roka ceremony in March, this year (2018), in the presence of close friends and family members. But, the girl and whereabouts of their marriage were unknown to all. When speculations were rife that the girl is none other than famous actor-model, Madalsa Sharma, the actress herself confirmed the same to SpotboyE. (Don't Miss! Janhvi Kapoor Is All Praises For Half-Brother Arjun Kapoor, Says That He Is 'Just Like Boney Kapoor') In an interview with SpotboyE, she spilled the beans on her marriage to Mimoh. Confirming that the marriage will take place on July 7, 2017 and preparations are going on in full swing, she was quoted as saying, “It’s going good. All are very excited we are keeping it little low-key affair because we wanted to be it a family affair. It’s an destination wedding I can't reveal the place - but for sure it’s not in Mumbai.”

When asked that there were rumours about them dating for the past 3 years, Madalsa replied, “Well so many publications write so many things, our families knew each other since a very long time. Our parents have been associated and worked together.” Well, but is it an arranged or a love marriage? The Dil Sala Sanki actress shared, “Families took the first call and then we took our relationship ahead. So you can say it’s an arrange-cum -love marriage in our case.” 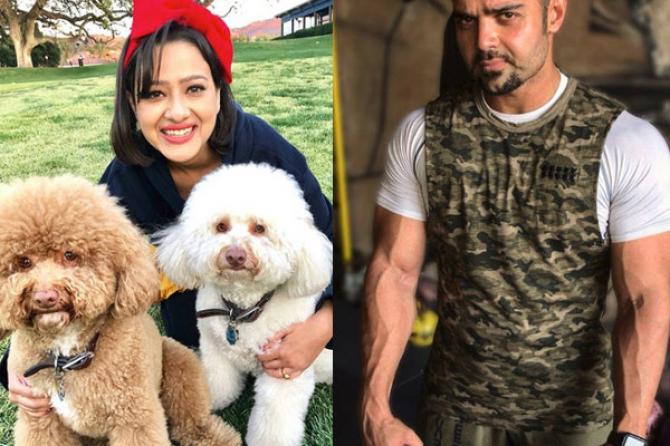 Mimoh and Madalsa, we wish you tons of happiness and luck for your inception to a new phase in life! (Do Read: Mira Kapoor Shares Hilarious Memes On Shahid Kapoor From His Unseen Pics Of 'Batti Gul Meter Chalu') A love that is unconditional and knows no bounds! True that, Mahaakshay and Madalsa’s wedding passed a series of fire and thorns but like they say, if you are true to your partner and have faith in a relationship, no one can ever do you apart. The ‘just married’ couple has