Remember those sultry smokey-eye look from her song, Kundi Mat Khadkao Raja, Seedha Andar Aao Raja? Her one glance was enough to kill millions! From her voice, smile, lips and high cheekbones, hers is a look to die for! By now, you must have guessed whom we are talking about. Yes, the extremely beautiful and talented Chitrangda Singh! 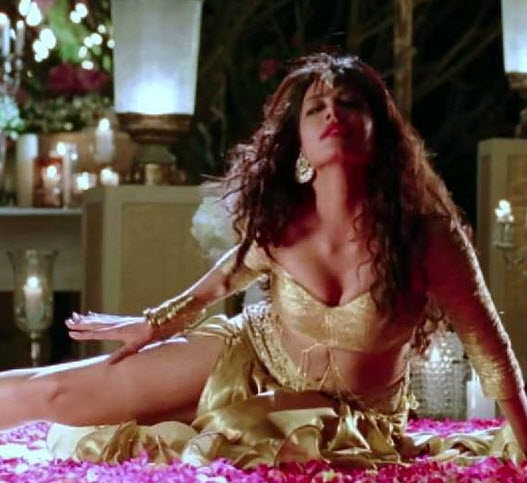 Alia Bhatt Shared The Cutest Picture Of Boyfriend Ranbir Kapoor On His Birthday, Calls Him Sunshine

With great projects lined up in her kitty, Chitrangda is an actress who can pull off serious to sultry roles, just like that! Always a private person, there are not many instances where you would find Chitrangda opening up about her personal life. In a nutshell, though her professional career looks very promising, the Desi Boyz actress had a troubled marital relationship. Interested to know? Let us take you on her journey…

Beginning of her career 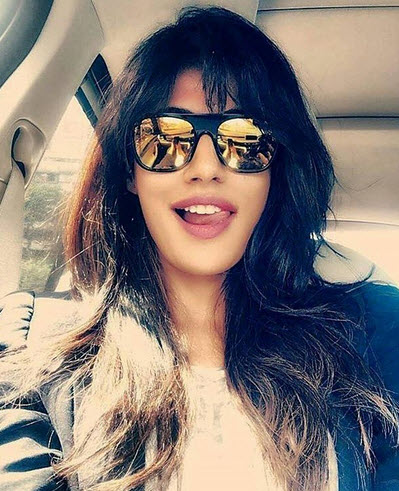 Chitrangda’s career in Bollywood began with modelling assignments in1994. She modelled for top brands like ICICI bank and Alukkas jewellery. Soon after, she starred in a video-song by Gulzar, Sunset Point and then followed another video by Abhijeet Bhattacharya. Her first big-break in Bollywood was offered by yesteryear director, Sudhir Mishra for the movie, Hazaaron Khwaishein Aisi (2003). The movie went on to become a superhit, with Washington Post reviewing her character in the movie with a ‘her character a deep sense of dignity and decency’ praise. Soon after, she worked in a movie Kal, in 2005. Post this, Chitrangda took a 3-year long sabbatical. This somewhat put a break to Chitrangda’s booming career. She herself said about it an interview to the TOI:

“Taking breaks took a toll on my career, I guess. You know, from when I started, my life has gone through phases where my priorities changed. I debuted and then took a break for four years, and then I came back and again took a two years' break."

“In the film industry, if you are not present when opportunity is coming your way, it will surely affect your career. That is what happened to me.”

The evolution of her acting as a career 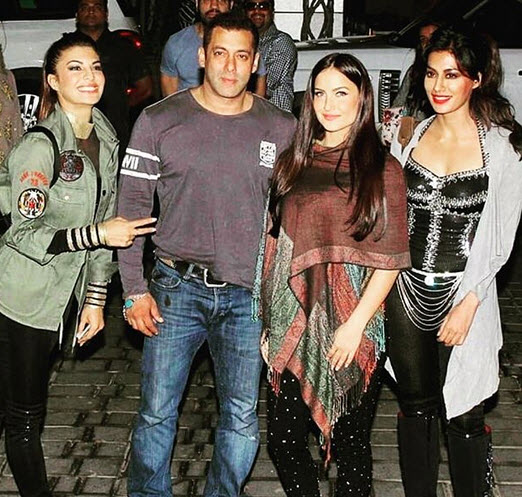 After her sabbatical, Chitrangda came into the limelight again. She did a movie with Sanjay Suri and Sharman Joshi, Sorry Bhai (2008) which failed miserably at the box office. The movie released at the weekend of the terrible Mumbai attacks, probably one of the reasons behind the movie’s failure. Grabbing the similar stardom which she had left back in 2005 was looking a little difficult to her. Just then, she was offered another Sudhir Mishra movie, Yeh Saali Zindagi (2011). With a powerful movie like this up her sleeve, Chitrangda once again proved what a great actress she is. Later on she went on to work in movies such as Joker,  I, Me Aur Mai, Inkaar and Gabbar Is Back. Chitrangda is a common face in most of the Sudhir Mishra movies. Answering this, Sudhir praised her by saying:

“Well, I bring in Chitrangda in my films since she is intelligent and doesn’t ask stupid questions. She is wonderful in the film [Inkaar].”

Do Read: Aditi Rao Hydari Talks About Her Estranged Husband, Satyadeep Mishra, She Got Married At 21

Honey Singh dedicating a rap on her Her killer looks and stellar performances have made many skip their heartbeats. One such hunk who was mesmerised by Chitrangda was none other than Yo Yo Honey Singh! Apparently, Honey was so deeply infatuated by Chitrangda that he dedicated a few lines in his rap to her! The lines are:

Wow! As per an interview with a leading daily, Honey had claimed that he had 562 girlfriends, but he will leave all of them for Chitrangda. He was quoted as saying:

We can’t help but agree with Honey! However as per latest reports, Honey and Chitrangda are gearing up together to work in another video. A source close to the project informed:

“Honey Singh is gearing up for the shoot of his next music video. In the past, he has spoken about his fondness for Chitrangda. Even earlier, the two were to collaborate for a music video but that did not materialize.” (Can’t wait!)

Checkout! 7 Men Came Into Madhubala's Life, Only To Leave Her All By Herself On Her Deathbed

Her marriage and child 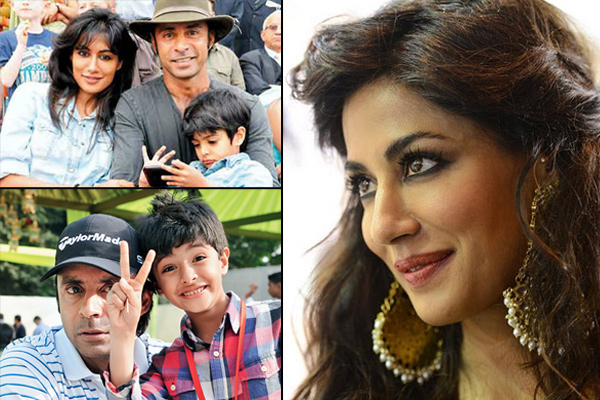 Did you know that Chitrangda Singh stepped into Bollywood post her marriage? She married her golfer-husband, Jyoti Singh Randhawa in 2001. Hers was a happily married life until problems started erupting and the duo decided to part ways, ending their marriage of 13 years in 2014. The couple has an adorable son, Zorawar. 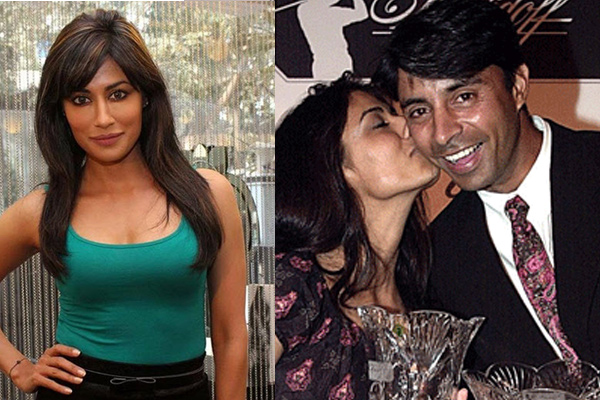 Chitrangda , who was never open about her personal life, shocked fans and friends when they headed for a divorce at a Gurugram court. They were a much-in-love couple and were always spotted hand-in-hands, together. As reported by TOI, Jyoti had a close friend in Gurugram whom he used to visit often. Once Chitrangada found him sneaking into his neighbours’ house in the wee hours of the morning, post which Chitrangada moved to Mumbai. Quite like any relationship, Chitrangada too, was affected by the way it was shaping. Probably, the reason she said to Mumbai Mirror:

“There are pressures on any relationship. You have to work on it, just as you work on other things. I am not living a perfect life."

Jyoti, too, had once shared in an interview post their divorce: 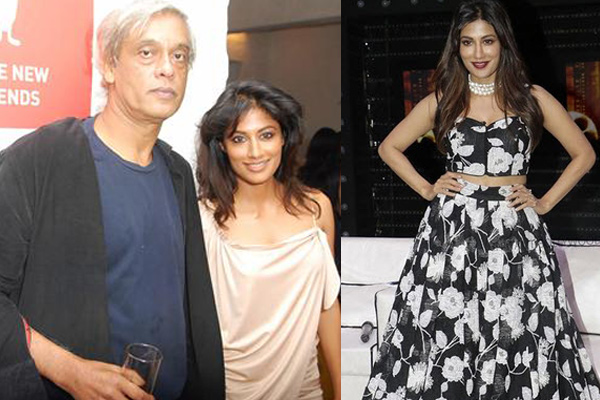 Rumours also have it that Chitrangda's growing closeness to her director Sudhir Mishra was also one of the major reasons behind their split. The duo were spotted quite a few times, dining together at Mumbai's plush restaurants. A clash started happening between the two because apparently Sudhir was not in favour of that Chitrangda doing item number in the movie Joker and also take up such a glam role in Desi Boyz. There also came a time when Chitrangda felt that Sudhir's interference in her life was 'making her feel claustrophobic '. A source close to Chitrangda added:

"She could not take it any longer. Enough is enough".

Thus, the duo stopped talking to each other. Chitrangda and Jyoti stopped got divorced in 2014. As we already mentioned, Chitrangada and Jyoti are blessed with a son, Zorawar. Post their split, their son’s custody is with Chitrangda. They don’t let their relationship status hamper Zorawar’s childhood. Jyoti had once shared how they manage to spend time with their son and work commitments. He said:

“A long distance relationship is tough to handle since both of us are traveling. Luckily, our son is very understanding and mature. So far, we have lucky that we are able to manage our home well. I stay at home when she is working, and when I have to go for golf tournaments, she returns home. So one of us is always there for Zorawar.”

The doting mother that Chitrangda is, also shared something which revealed her protectiveness towards her son. She said:

“He needs to know me as a mother first. When he grows up, he will only know about my work as an actress.”

The ‘Chitrangda Singh’ we know While we haven’t seen much of Chitrangda for some time, don’t be disheartened! Chitrangda is working on two projects, Saheb, Biwi Aur Gangster 3 (opposite Saif Ali Khan) and Baazar. Talking about what cinema means to her, the actress had once mentioned in an interview to Mumbai Mirror:

"I love cinema, it completes me."

In yet another interview with TOI, she shared:

“As an actor, that is my job to perform, instead of being repetitive," she said. "Most of the times filmmakers came up to me with films that were either women-centric or that of a strong intellectual actor who is not interested in playing a quintessential Hindi film heroine."

Recommended Read: 11 Women Bollywood's Most Eligible Bachelor Ranbir Kapoor Ever Dated Or Was Linked To

“All I am saying is I am an actor, I can play everything. At the same time, I am as normal, fun-loving as a regular girl."

Well, now we know, right guys? And all Chitrangda fans, gear up to see a whole lot of her soon. To Chitrangda, you are a wonderful actress and kudos to you for handling everything so well. But, we do hope to see more of you soon. Keep giving us more of your glimpses so that we can swoon!

Next Read: When A Drunk Dharmendra Arrived At Hema's Forceful Wedding To Jeetendra And Created 'Tamasha'

Alia Bhatt Shared The Cutest Picture Of Boyfriend Ranbir Kapoor On His Birthday, Calls Him Sunshine