The life of celebrities is always in the limelight. Be it their professional life, personal relationships, affairs or marriage every detail of their life is under scrutiny especially if a celebrity couple is on the verge of getting divorced.

Recommended Read: 10 Bollywood Couples Who Broke Up After Staying In A Live-In Relationship

Ekta Kaul Finally Confirms That She Is Engaged To Sumeet Vyas, Posts Lovely Pictures With Him

While some couples separate amicably without any fuss, there are some stars who drag their respective partners into court and do not leave a chance to spill the dirty details about their relationship in public. So, let’s have a look at such celebrities who had a bitter divorce with a lot of mud-slinging. A few years after the much-hyped wedding of Karisma with childhood friend Sanjay Kapur in 2003, things turned sour in their relationship. By 2014, the estranged couple filed for divorce by mutual consent, but things took an ugly turn in mid-2015 when Karisma and Sanjay withdrew her consent to the divorce petition since the couple could not agree on the financial settlement, control of trusts set in the childrens’ name and their custody. On one hand, a petition filed by Sanjay stated that the actress married him “in a calculated and clinical manner to pursue a lavish lifestyle” and also that she married him as a rebound after her break-up with actor Abhishek Bachchan and accused her of “failing as a wife, daughter-in-law and as a mother”. He even stated that the actress is not only using their kids as a pawn to extract money from him but has also falsely accused him of being a substance abuser, alcoholic and a cheater husband. On the other hand, Karisma also filed an FIR against Sanjay and his mother for harassing her for dowry. She also stated once that her husband asked his mother top slap the actress as she was not able to fit into a dress after pregnancy! Even the actress father Randhir Kapoor said that “Sunjay is a third class man.” Finally, after all the ugly spat the couple got divorced in 2016. 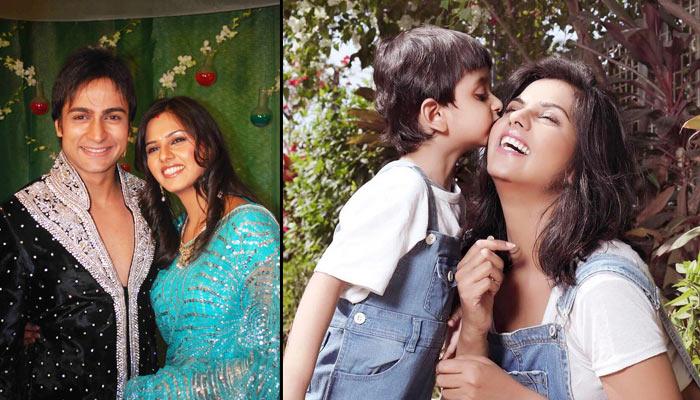 After winning Nach Baliye 4, Daljiet and Shaleen got married but soon after marriage the trouble started brewing in their paradise and they decided to divorce with mutual consent. But before that Daljiet accused Shaleen of domestic violence and dowry harassment. She even spilled the beans on how Shaleen was to physically and mentally abuse her when they were together:

“He pushed me in my father's presence. My thigh was bruised for almost a month. But I forgave him, thinking it takes time for a marriage to work. On another occasion, he twisted my arm in front of his parents. But I finally decided enough was enough when he came charging towards me while I had Shaarav in my arms. It could have turned fatal for my 40-day-old premature child. That day, I left for my parents' home in Bangalore.” 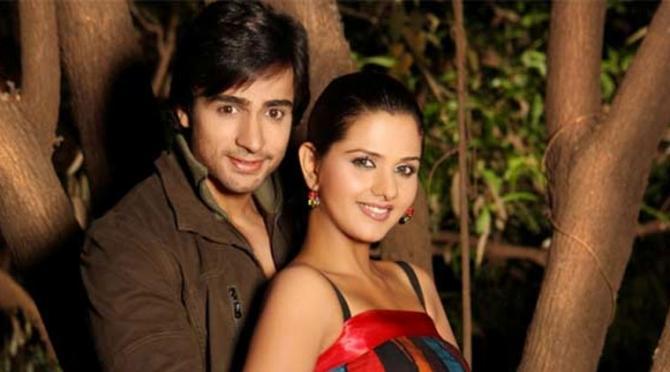 Later, she even said that her husband tried to strangulate her on one occasion after which she filed an FIR against him. Daljiet even alleged that Shaleen “was never there — physically, emotionally or financially” for their son. But he denied every allegation saying that he did his best to hold his “family together to pass the storm”. However, after all the lashing the couple decided to part amicably later.

You May Also Like: Sanjay Dutt And His Love Affairs, From Rekha To Lisa Ray 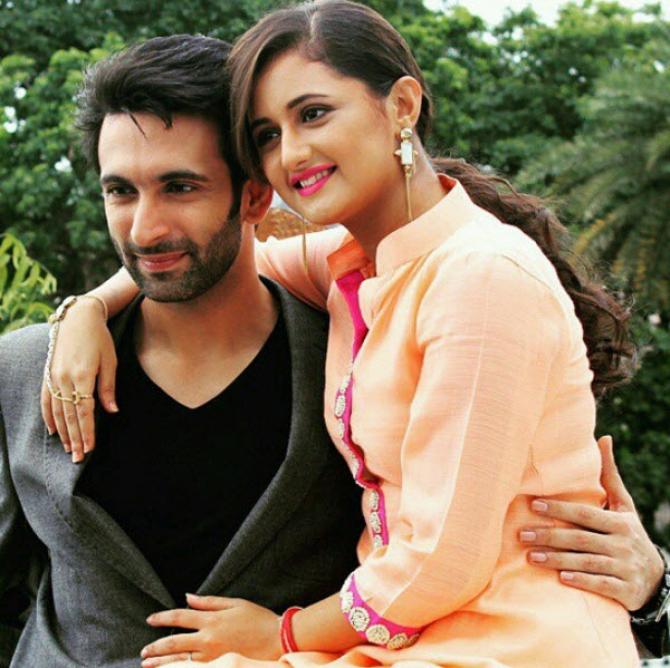 Another couple who washed their dirty linen in public while filling for divorce is Rashmi and Nandish. The lovebirds got married in 2012 but years later filed for legal separation. Many blamed that it was Rashami's over-possessive nature that led to the broken marriage. Even Nandish said that he has suffered mentally due to her:

“I have gone through mental torture like her. I didn't work for a year due to the stress caused by our relationship.”

At last, Rashami broke her silence and said:

“Nandish has made everything ugly”. 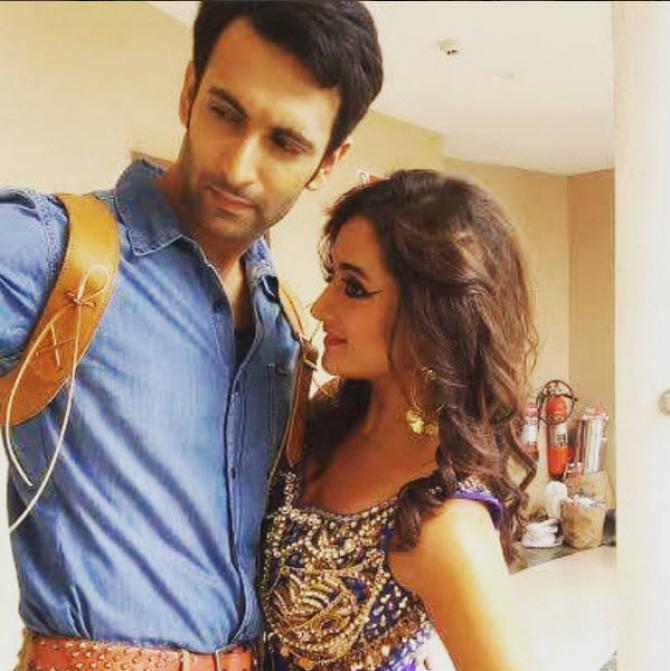 She then lashed out at her estranged husband for false allegations:

“...But to Point fingers at me and claiming you did everything to save it – I’m sorry, my relationship was always abusive!”

Must Check: 9 Television Actresses Who Took A Sabbatical After Their Marriage Or Babies

She even said that she was often asked to leave the house but Nandish never did anything:

“We’ve had problems for three years now. Why did I leave the house? I’ve never spoken about this – but mujhe humesha ghar se nikala jaataa! If he gave his 100% yeh cheezein hoti hi nahi na.”

And after being “disrespected for over 3 years,” the actress thought “tum apne raaste jaao, main apne” and so did it happen. They both agreed for mutual divorce. 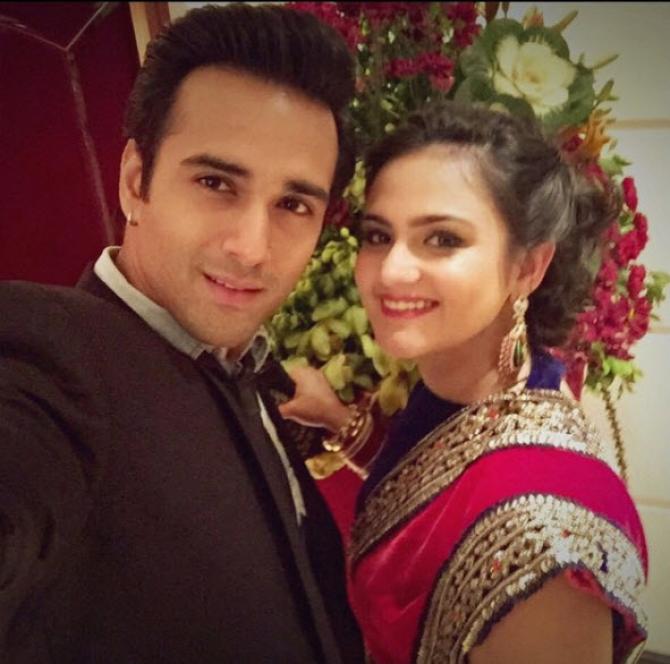 Just after a year of having a big fat Punjabi wedding in 2014, the much-in-love couple separated in October 2015 and later filed for divorce in January 2017. The news shocked everyone and people found it hard to believe but Shweta admitted to the separation, blaming Pulkit’s family for their sour relationship:

“My husband and I have been living separately for a while now. He told me that he was separating from me because of his family. To us, families are very important. They are our lifelines. And, since I always believed in giving him whatever he wants, I have reconciled to the fact that he has left me for his family.”

Rumours were also abuzz that it was Pulkit’s closeness with actress Yami Gautam that lead to the split. However, Shweta initially rubbished Pulkit and Yami dating angle, but later accepted:

“Yami broke my marriage. I have finally come out of my illusion; so many people cannot lie. Everything was fine between us until one person came in between.” She even revealed Yami came in the picture when she suffered a miscarriage in 2015 and instead of taking caring of her, the actor spent time with her Sanam Re co-star. The actor was “shocked to read news articles about the miscarriage” since it was a “personal thing” and this move by his estranged wife stunned him as he could not believe that she “would go to the extent of falsifying facts to malign” his image “and put it out in the public to gain sympathy.” 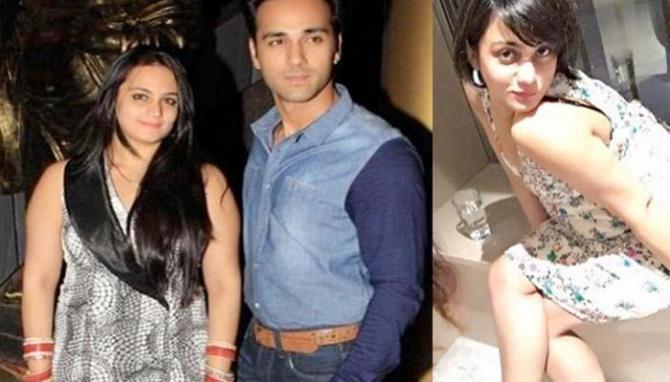 And this was the last straw as this act “truly ended” his “relationship [with Shweta] because it was ethically unacceptable.” The actor even denied the allegation of any involvement of the third person behind the breakup:

“If there is something that has worked for me or not worked for me in my personal life then it is because I was at fault somewhere and may be the other person was at fault. There can never be a third person affecting the two of us.”

Other than these celebrity couples many other stars such as Shweta Tiwari-Raja Choudhary, Rahul Mahajan-Dimpy Ganguly, Sara Khan-Ali Merchant, etc. also had a bitter divorce with a lot of mud-slinging. They might have had a painful past, but these stars have now moved on and created a happy space for themselves. What do you think? Do share your views down below.