It's true that a lot of reel life love stories give us goosebumps! But, it is the real life romance of our favourite celebs which makes us believe in fairy tales. It is always an incredible feeling to see our favourite celebrities having a “happy ending” in love. But not everyone gets lucky in love in the first go itself. For instance, there have been a lot of celebrities who were head over heels in love with each other and were even engaged to each other, only to realise later that they were not meant to be together. So, here we bring you a list of Bollywood and television celebrities who were engaged but never got married.

Recommended Read: 6 Bollywood Ex Couples Who Are Not Friends Now These two kids from Bollywood’s biggest families dated each other for quite some time before they got engaged in 2002. The engagement took place in October 2002, on Amitabh Bachchan’s birthday. But, it did not last long, and this engagement was called off in February 2003. Many reports claimed that it was Karisma’s mother Babita, who was the reason behind their break-up, while a few said that Karisma was unhappy with the Bachchans’ decision of not letting her work in films after marriage. However, the real reason behind Abhishek and Karisma’s break up never came out in the open as both the families stayed mum over this issue. 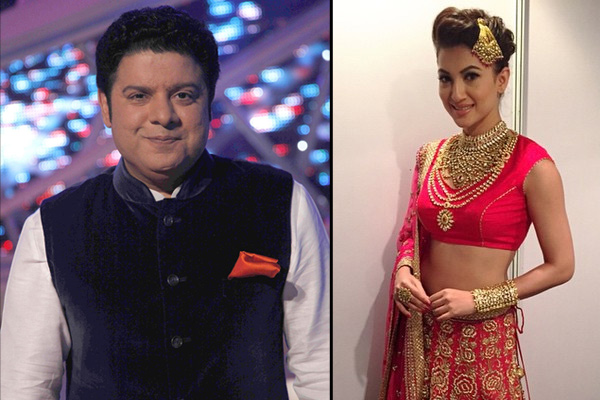 Not much is known about Sajid Khan and Gauahar Khan’s affair, as it all happened before they were famous. But, their Wikipedia pages say that the two got engaged to each other in 2003. In fact, in one of his interviews with the leading entertainment tabloid, Bollywoodlife.com, the director was asked if he had ever been close to getting married to somebody, and he replied:

“I was engaged to somebody once in 2003, a slightly popular name. Even that didn't work out and I wasn't a bad guy then. I didn't cheat. I guess you just get bored. Plus, I am a reclusive person.”

Check out 7 Quirky Yet Trendy Looks Of Gauahar Khan Before entering showbiz, Vivek was engaged to model Gurpreet Gill. It was believed that Vivek’s busy schedule created differences between the two and the engagement was called off. Gurpreet even opened about her break-up with Vivek in an interview with The Times of India, where she said:

“I never thought things would go this way. We broke up because I wasn't willing to compromise on basic moral values. The truth is that I asked Vivek to change, or go.” 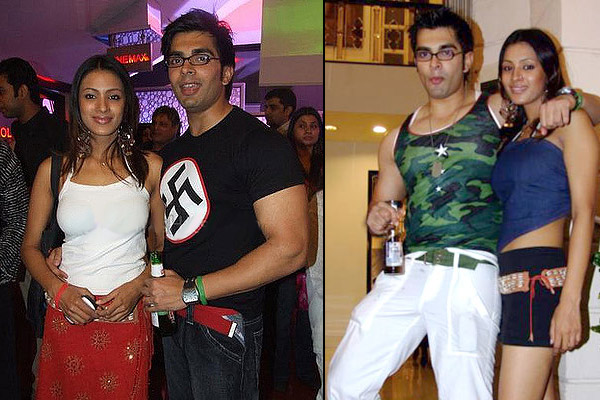 Yes, this might come as a big surprise to you, but it’s absolutely true! Whenever someone talks about Karan Singh Grover’s exes, the names that quickly come to everyone’s minds include Shraddha Nigam, Nicole Alvares and Jennifer Winget. But long before he got involved with all these ladies, he had an affair with television actress Barkha Bisht. They both met on the sets of their debut show, Kitni Mast Hai Zindagi, and got along pretty well. It is said that the two were engaged in 2004, but parted ways in 2006.

After a series of failed relationships, he is a sorted man now! Check out 8 Amazing Things That All Husbands Can Learn From Karan Singh Grover 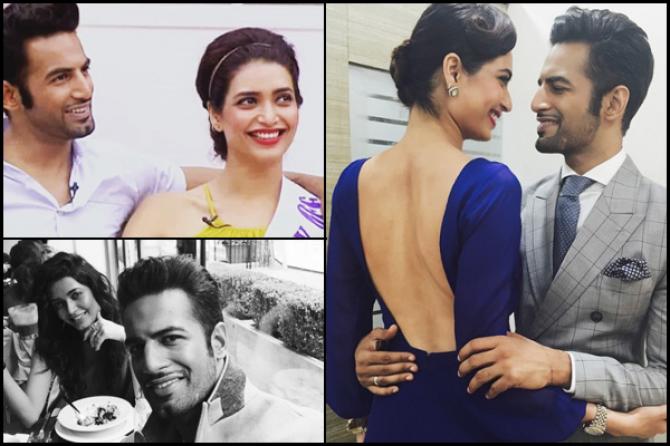 They appeared in the eighth season of the reality show Bigg Boss. When they got closer to each other in the show, it was said that it was just a tactic of the two to stay in the game for long. However, they were very much together even after the show ended. It was because of their sparkling chemistry, the two were chosen as the hosts of MTV Love School. The two also participated in the dance reality show, Nach Baliye, where Upen popped the question to Karishma, and she said “Yes”! The two got engaged on the sets of Nach Baliye 7, and their fans were eagerly waiting for them to announce their wedding date. However, things took an ugly turn after a few months, and the two broke up. 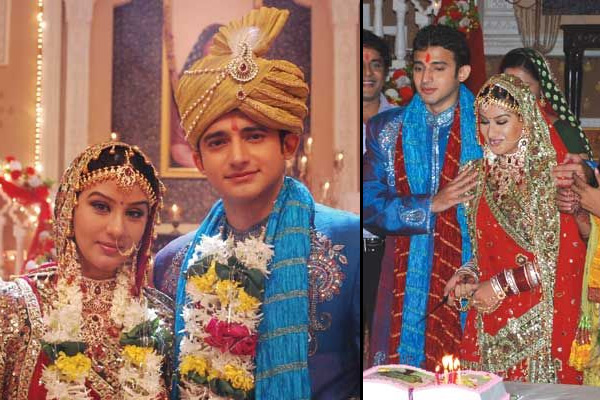 ‘Angoori bhabhi’ of Bhabhi Ji Ghar Par Hain fame Shilpa Shinde and TV actor Romit Raj were engaged to be married in 2009. But to everyone’s surprise, they called off their wedding at the last moment. Seven years later, Shilpa opened up about her break up with Romit in an interview with SpotboyE and said:

“I don’t want to dig up the past. But all I will say is that it is wrong for a man to expect his wife to break ties with her parents.” 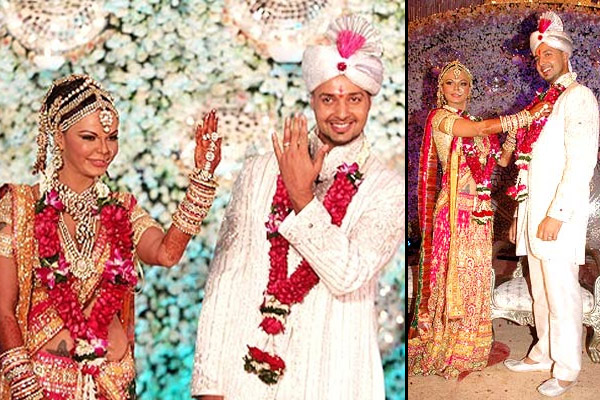 The controversy queen Rakhi Sawant chose Canada-based businessman, Elesh Parujanwala as her life partner, among 15 other contestants who participated in the reality show Rakhi Ka Swayamvar. The two got engaged on the show itself but broke up soon after the show ended. While Rakhi said it was their different mindset that led to the break-up, Elesh claimed that she used him to give a boost to her career. 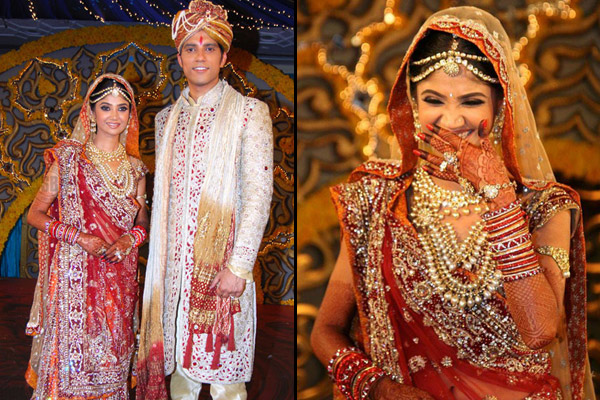 Following the footsteps of Rakhi Sawant, TV actress Ratan Rajput too had a swayamvar on national television named, Ratan Ka Rishta. She chose Abhinav Sharma as the winner of the show, and the two got engaged. But just like Rakhi and Elesh, these two too called it quits due to compatibility issues. 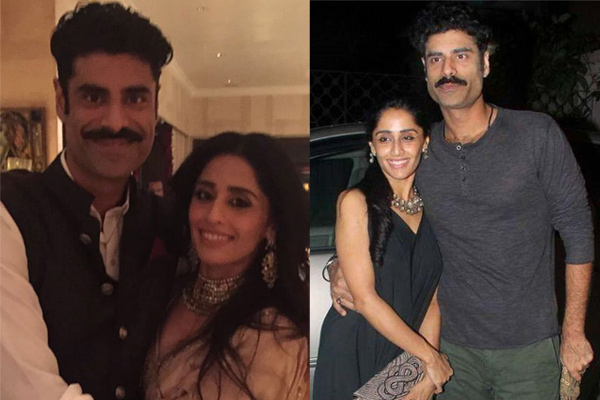 Veteran Bollywood actors, Kirron and Anupam Kher’s son Sikander Kher got engaged to Priya Singh on January 29, 2016. Priya’s mother Kavita Singh is Bollywood actor Anil Kapoor’s wife Sunita Kapoor’s sister. So that means Priya is Sonam Kapoor’s cousin. Priya was earlier engaged to Aashish Mahbubani, who passed away in October 2015 due to cardiac arrest, just two months before their wedding. Sikander and Priya were expected to tie the knot anytime in 2016, but in mid of the year, there came several reports claiming that their wedding was called off. Apparently, the reason behind their split was the difference in their lifestyles about which they knew since the beginning.

We bet you didn’t know about these dark secrets about your favourite celebrities! Got more names to add to this list? Do tell us in the comments section below.