Over the years, the celeb-kids have been grabbing headlines and topping the trend charts for being caught up in controversies. Here's who was booked for what. Check it out!

Every now and then, there's some kind of controversy circulating through the alleys of the B-town. Not only the actors but also the star kids are becoming a part of the controversy. From celebrity kids turned actors like- Shraddha Kapoor, Sonam Kapoor, Sara Ali Khan to popular star kids like Aryan Khan, Navya Naveli Nanda, are getting involved in the drug cases, drug trafficking, controversial statements, murder cases, and others.

Recently, Aryan Khan, son of the Bollywood superstar, Shah Rukh Khan, has been in the headlines of media reports for being arrested on charges of consuming and trafficking drugs at a party in a Mumbai cruise. If celebrities can bring glamour to the world, they can also carry the stains with them. Here's a list of celeb kids and their controversies dug from the deep!

Last year, around this time, Sara Ali Khan, daughter of Bollywood actors, Saif Ali Khan and Amrita Singh, was questioned by the NCB (Narcotics Control Bureau) in connection with drugs. The scenario was related to the late actor, Sushant Singh Rajput's death. Even though she had denied the accusations, NCB had filed charge sheets against her. 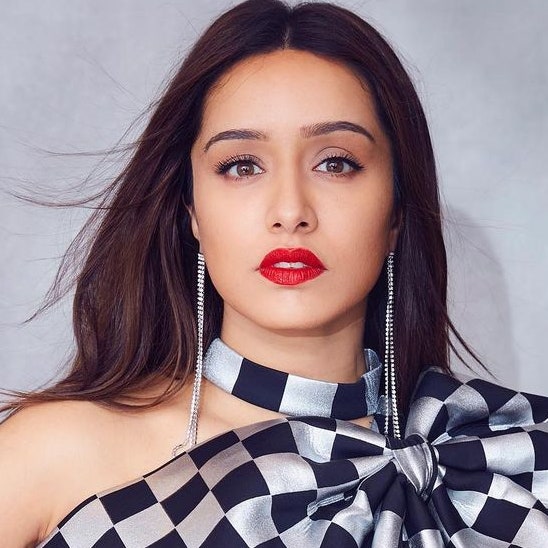 Bollywood actress, Shraddha Kapoor, daughter of veteran actor, Shakti Kapoor was also summoned by the NCB (Narcotics Control Bureau) related to the drug case in connection to Sushant Singh Rajput's death. As per the IndiaTV report, during the interrogation, Shraddha had denied consuming drugs but had also admitted that she had attended parties conducted by Sushant and that the late actor was used to taking drugs in his vanity.

Ananya Panday, daughter of Chunky Pandey, is one of the most popular star kids who trends in the headlines every now and then. Ananya had once declared that she was all set to go to the University of Southern California for studying. One of her alleged classmates later stated that the actress was lying about her college admission.

But soon enough, the actress brushed off all the allegations and rumours by sharing a picture, along with a caption that read:

Sonam Kapoor, daughter of Anil Kapoor, is a Bollywood actress. But, mostly, she is known for her fashion game and dumb controversial statements. Once, she had revealed in an interview while talking about how she feels when she isn't being labelled as a good actor, she had said:

"If you're not good looking, they think you are a good actor. Just because you look ordinary and you talk loud doesn't mean you're a good actress."

Aditya Pancholi's son, Sooraj Pancholi, kept his father's legacy by being in the controversial limelight. His name had come up in Jiah Khan's suicide controversies, based on her suicide note which indicated their strained relationship. Later, Jiah's mother accused the actor of being her daughter's murderer. She had even taken the case to the court but according to her Sooraj never used to show up on time. In her words:

"The case was shut by the police. Who took the case to the court? I did. I do appear for the hearing, my lawyer, team has been appearing. I have spent money like water to get justice for my daughter. Most of the time, the hero [Sooraj] is not there. The court had to wait for this accused to come. When he comes, he brings the media along and laughs like nothing happened. I fly from London every month for the hearings.” 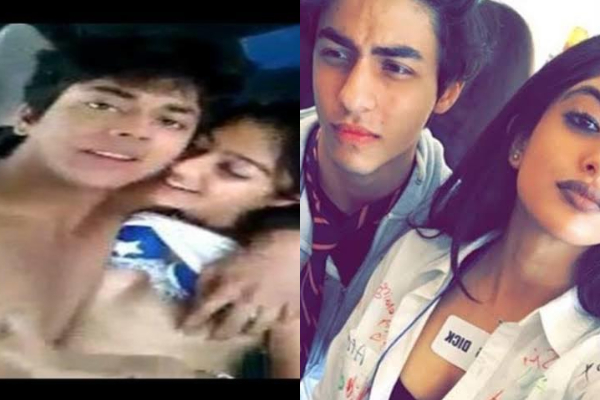 Amitabh Bachchan's granddaughter, Navya Naveli Nanda's name had come up in a leaked MMS scandal with Aryan Khan, son of Shah Rukh Khan. In the video, the two star-kids were seen sharing a private moment. The internet users had taken this news by storm and had started shaming the celeb kids. But later, it was found that they were not the star kids, instead, they were the lookalikes.

Years ago, Fardeen Khan, son of veteran actor, Feroz Khan, was caught while buying a small amount of cocaine. His case had fallen under Section 27 of the Narcotics and Psychotropic Substances (NDPS) Act. But being the first-time offender, he had gotten immunity from prosecution under Section 64A of the NDPS Act.

Prateik Babbar, Ek Deewana Tha actor, is the son of Bollywood veteran actors, Smita Patil and Raj Babbar. He himself had admitted that he had started drugs when he was at the age of 13. He had said while writing a column for Mid-day:

“My first real drug was a disturbed childhood. Constantly faced with internal dilemma, the voices in my head debating where I belong and who I am, drugs came disguised as a glitzy escape. As years went by, I got acquainted with the narcotic underbelly, which led me to my first run-in with drugs at the age of 13.”

But then he went to rehab and got better each day. He had further continued in that conversation:

“I realised I hadn’t looked myself in the eye ever since I started getting high. Following multiple episodes that made me feel like a miserable prisoner of drugs, I decided to finally seek professional help. My family refused to see their loved one attempt to slowly kill himself, and encouraged me to sign up for rehab.”

Over the years, Bollywood superstar, Salman Khan, son of Salim Khan, has given hit movies to the Hindi film industry. But, apart from being a great actor, Salman Khan has also grabbed headlines because of his controversial behaviour. His list of controversies cover, from assault cases to toxic relationships to hit and run cases but the blackbuck poaching case is still long-standing.

The Munnabhai of Bollywood, Sanjay Dutt, son of Sunil Dutt and Nargis, had been in controversies for a long run. Be it the bomb blast case or consuming drugs. In one of the chat shows, he had said:

"I feel I am the chosen one. I keep getting into trouble but keep coming out of it. God has always been there for me. I used to reassure myself that maybe if I was out I would have been killed and this is God's way of protecting me - by keeping me in jail. And so far I think I have fared well at all the tests he has taken."

Filmmaker Mahesh Bhatt's son Rahu Bhatt's name had come up once in a controversy during the 26/11 Mumbai attacks. His friendship with the Pakistani-American, David Headley and his testimony had put Rahul in a controversial position. Headley had said he had wanted to recruit Rahul as an Inter-Services Intelligence agent. But, Rahul brushed off all these rumours. In an interview with NDTV, he had said:

"David Headley is a fitness freak. He came to me for guidance on fitness...I have met Headley 8 to 10 times. The pictures of Headley in the media do not resemble the Headley I met. I am willing to help the police...the police have given me a clean chit. I never showed him (Headley) any places neither for residence nor work."

Years ago, Shah Rukh Khan's elder son, Aryan Khan was accused of leaking a private MMS with Amitabh Bachchan's granddaughter Navya Naveli Nanda, which later turned out to be fake. But recently, his name has come up in a drug controversy in connection to a rave party at the Mumbai cruise. Even though he is trying to deny his part of consumption, his WhatsApp chats are giving away the leads of him being a part of the nexus. Now, his bail has been denied too.

Being under the spotlight every time is neither easy for the actors nor their children. Their every step is measured, every track is monitored and they get shamed or trolled profusely for their incidents. Let us know in the comments which controversy was unknown to you.