Superhit reality show Bigg Boss has gone on to become a paradise for those who wear their heart on their sleeve. Every season viewers get to see numerous love stories kindling among the housemates. Some of these budding romances went on and developed into stronger relationships, while many others lost their charm as soon as the show ended.

In both the cases, all of them had the cuteness of a fresh romance and were highly enjoyed by the audience. Some relationships stirred controversies, while others were unconventional and dreamlike. Here are some celebrities, who filled the house of Bigg Boss with an air of love.

The Wait Is Finally Over: Sushant Singh Rajput Confirms His Wedding Date

READ: 11 Real Life TV Couples Who Have A Steady Relationship Even After Many Years Of Being Together 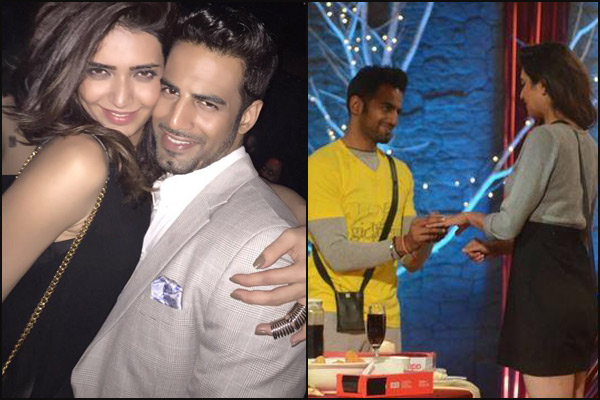 Karishma and Upen came together on the season 8 of Bigg Boss and fell in love with each other. A lot of people believed that the two were faking their relationship just to attract more votes. But, the two stayed together even after the show ended. Later, they participated in the dance reality show, Nach Baliye 7, where Upen proposed Karishma in a total filmy style, and the two got engaged on the show itself. And then, they also judged MTV channel's Love School.

But then, lately their relationship went kaput and both of them parted ways. Here's what Karishma stated after their split:

“Sometimes there is no answer to what went wrong. Sometimes two wonderful people or good souls are not meant to be together. That’s what happened to us. Upen is a wonderful soul. We connected very strongly, but things didn’t move the way we wanted it to. It’s not that I don’t want to settle down or I am jumping from one relationship to another. We both wanted to settle down, but if we don’t see our future together then its better to part ways.”

Checkout: Karishma Tanna Cries On Road After Having An Argument With Ex-Beau Upen Patel 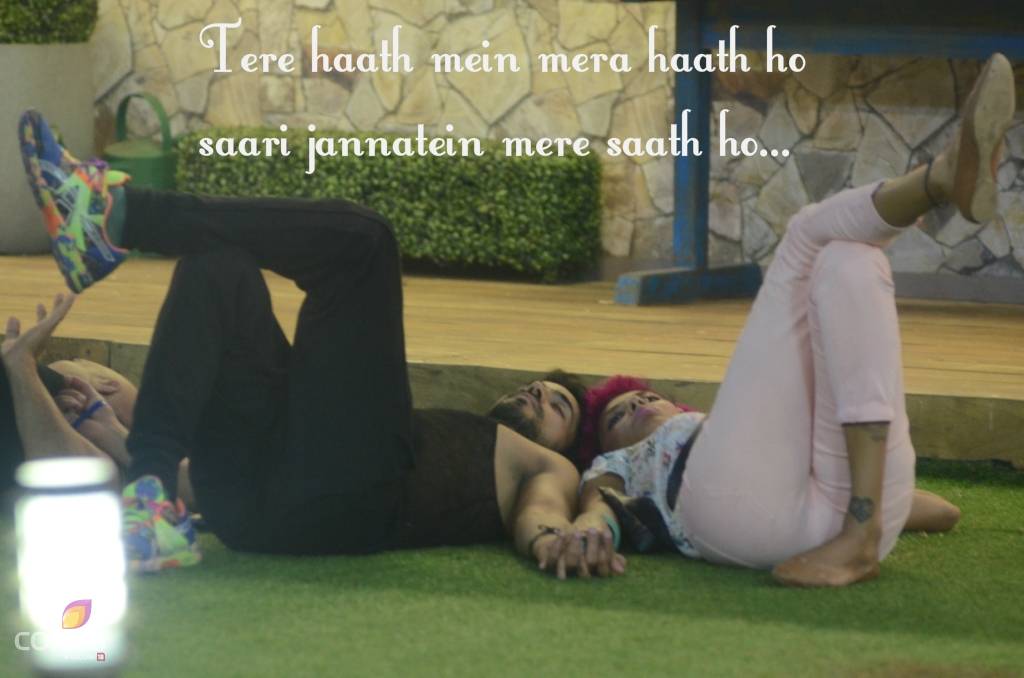 Another hot couple of Bigg Boss season 8, Gautam and Diandra shared a sizzling chemistry with each other. They even created a stir among the Indian television audience when they kissed each other in the bathroom. However, their love did not last for long as Gautam confessed during one of the tasks on the show that they were 'just friends'. Tanishaa Mukerji and Armaan Kohli became one of the most talked-about couples of Bigg Boss season 7. Even after the show ended, the speculations regarding the status of their relationship kept making rounds quite frequently. There was even the news of these two taking their relationship to next level. This happened when Armaan Kohli’s close friend Mika Singh, made the announcement of the duo getting married, on a social networking website.

However, there happened to be a twist in this tale just a few days after this news reached all of us. As per a source close to the couple, the duo mutually decided to part ways, and both of them are no longer together. The source even mentioned that they are two different people, which made them realise that they were not meant to be together. Another sizzling romance seen on Bigg Boss 7 was between the famous television actor Kushal Tandon, and noted model and actor, Gauahar Khan. The couple had stood for each other many times during the length of the show. The two developed a bond while staying on the ‘hell side’ together, and were even seen together on another reality show soon after. However, even this relationship did not last long. A few months later, Kushal announced on Twitter that he and Gauahar are no longer a couple.

Their break-up may come as a surprise to many, as Gauahar had even met Kushal's parents at his Lucknow home on her birthday in August, 2014. In Bigg Boss season 6, TV actor Vishal Karwal and rising actor Sana Khan were said to have a romantic angle. Sana Khan and Vishal were friends even before they came on the show. Their good looks and compatibility on the show made everyone believe that they were the next in the queue to make a hot couple. However, the story did not get much time to develop as Vishal got evicted soon. While it seemed during the show that Vishal and Sana were in love with each other, there happened to be a different twist to the tale post the show. The actor was reported to be dating another co-contestant and model Karishma Kotak. Although they never seemed to be in love while they were on the show, they were still very good friends and were seen taking long walks together.

You May Like: 6 Bollywood Celebrity Couples And Their Gorgeous Maternity Photoshoot Television actor Akashdeep Sehgal made many of the housemates uncomfortable due to his short temper nature. However, Pooja Bedi did not find any problem in him, and was the one to stand by him throughout the show. Even after the completion of the show, they made many public appearances together. What's more? Akashdeep also got his biceps inked with Pooja's name to express his love for her. But then, things went bizarre between them and they called off their relationship.

You May Like: Kabir Bedi Gets Married At 70, Daughter Pooja Bedi Calls His New Wife, 'Evil Stepmother' Bigg Boss 4 contestants, Sara Khan and Ali Merchant, got married in the house itself. But, the marriage did not even last for two months! In fact, when the two separated, it was said that their wedding was nothing, but a publicity stunt for which they were paid Rs. 50 lakh.

Do Check Out: 14 Bollywood Celebs' Stunning Wedding Pictures Shared By Their Photographers Pakistani model Veena Malik and Bollywood actor Ashmit Patel were the hot couple in the fourth season of Bigg Boss. Their overt PDA in the show made it obvious that the couple wanted their romantic link to be well-highlighted in the show. There were even rumors of the two staying together post the show. News of the duo working together in a movie also did the rounds after the show got over. Rahul Mahajan was apparently said to be in a relationship with actress Payal Rohatgi before the two entered the house of Bigg Boss. The two had made their chemistry felt with frolics in the swimming pool and the massages. However, things changed, and Payal even said that she felt she was used by Rahul, who addressed her as a ‘Time Pass’ on a reality show.

Also Checkout: 10 Famous TV And Bollywood Celebrity Couples Who Are Separated But Not Divorced 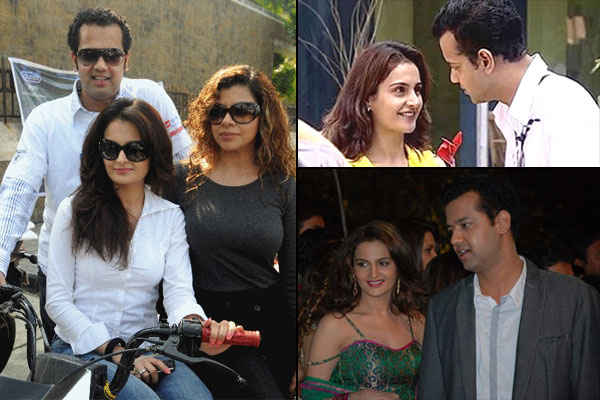 While Rahul was believed to be already in a relationship with Payal when he entered the show along with her, his priorities changed as soon as he met Monica Bedi in the Bigg Boss house. He ignored Payal and flirted openly with Monica. In fact, he even proposed Monica for marriage, which she rejected then and there! It did not take much time for friendship to blossom between these two housemates. However, the good looking model, Pravesh Rana, and the super-hot, Claudia, always mentioned being 'just friends' to each other. The couple stayed away from any controversy, but were seen sharing numerous hugs on many occasions. And now, Pravesh is happily married to Scarlett Wilson (for more details, click here). Former Miss World, Diana Hayden, was seen to be most friendly with Ashutosh Kaushik, the winner of another reality show- Roadies. The two were seen taking numerous late night walks and were even involved in many private talks during the show. The duo, however, stuck to being fantastic friends post-eviction. 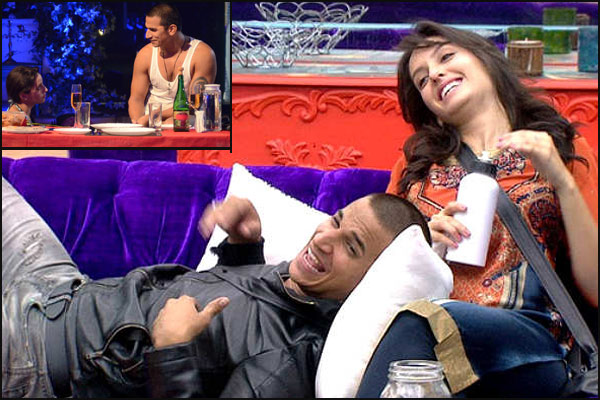 The bad boy Prince Narula, and Nora Fatehi made everyone crazy with their romance in the house. Thye even went on a date inside the Bigg Boss 9 house. The poolside date saw them indulging in some lovey-dovey talks, and Prince even kissed her. But the duo parted ways as soon as the show went off. The other angle to the tale is that Prince is rumoured to be dating another co-contestant of Bigg Boss of the same season, Yuvika Chaudhary. Yes, they are spotted together at various events and in fact, they hang out with their common friends as well. If you don't believe us, just check out their Instagram handles and you will soon come to know what we are saying. (READ: Prince Narula Confirms Dating Yuvika Chaudhary With This Picture That He Posted Online)

No matter what fate these relationships faced, they kept the TRP of the show high every time. Some of these stories even became well-known in every household across the country.

NEXT READ: 10 Ex-Couples In Bollywood Who Are Still Friends After Break-Up

The Wait Is Finally Over: Sushant Singh Rajput Confirms His Wedding Date