Wearing a bikini in the '70s was a big NO. Let's have a look at some sizzling throwback pictures of '70s actresses who, dared to wear a bikini.

‘70s Bollywood style was classic. It was about simplicity and modesty. Women would not even dare to wear revealing clothes. No deep-cut blouses, no short skirts, nothing that would be called ‘Too Sexy'. It was the time where women would mostly be seen fully covered. Indian fashion was at hype, and actresses majorly made appearances in their beautiful sarees and suits. While most of the actresses of that era were known for their classiness, there were a few, who broke the societal barriers and dared to flaunt their toned self in a bikini.

These actresses came on screen in the ’70s in a super bold and sizzling look as they donned a bikini. Not only did they rock their bikini look, but they also changed the structure of the Indian Cinema for women. Since wearing revealing clothes would be considered obscene, these women took the challenge to transform the word ‘obscene’ to ‘sexy’ in the ’70s. These are the actresses who had brought an evolution to the Indian Cinema. Let’s have a look at the so-called hot factors of that era.

Steal The Look: Deepika Padukone In Bajirao Mastani Will Make You Go Deewani For Her Looks

15 Wedding Fashion Trends This Season That You Must Know

For This Durga Puja, Here Are 10 Clothing Inspirations From Our Bollywood Divas 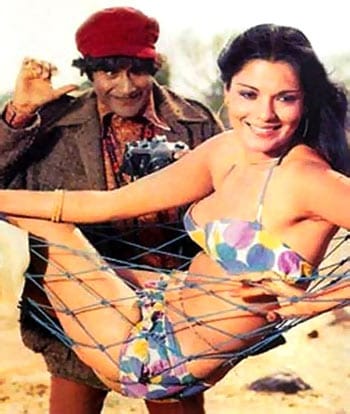 The sexy Bollywood actress was ahead of her times. She was the first woman in India who had won the Miss Asia Pacific title in 1970. She was a '70s actress, who was perceived as the hot girl, who donned a bikini, for decades. The gorgeous actress had worn a colorful bikini in the movie, Heera Panna opposite Dev Anand. In the movie, Satyam Shivam Sundaram,  she had donned a transparent white saree which was quite revealing. The actress also became famous through her bold hippie look in the song, Dum Maro Dum from the movie, Hare Rama Hare Krishna. 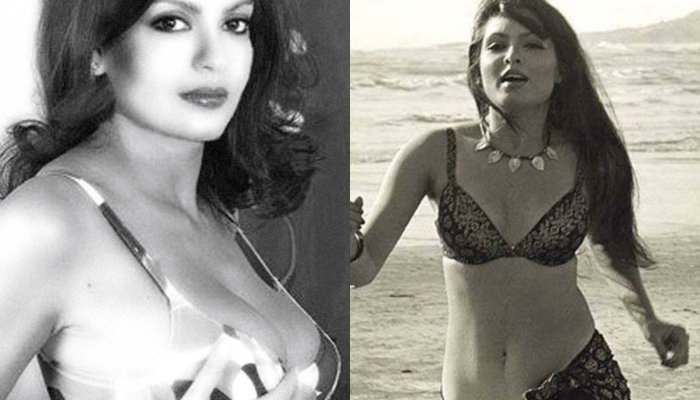 The everlasting beauty Parveen Babi was a real sensation of the ’70s. She was known for her extraordinary bold scenes and bikini appearances in Indian Cinema. In 1928, the actress had made a bikini presence for the movie, Yeh Nazdeekiyaan. She had looked fierce in her black two-piece bikini and had stolen hearts of several Indian men with her hot appearance.

Recommended Read: Mouni Roy Flaunts Her Abs In A Floral Wrap Skirt And Bustier, Find Out The Cost Of Her Outfit Inside 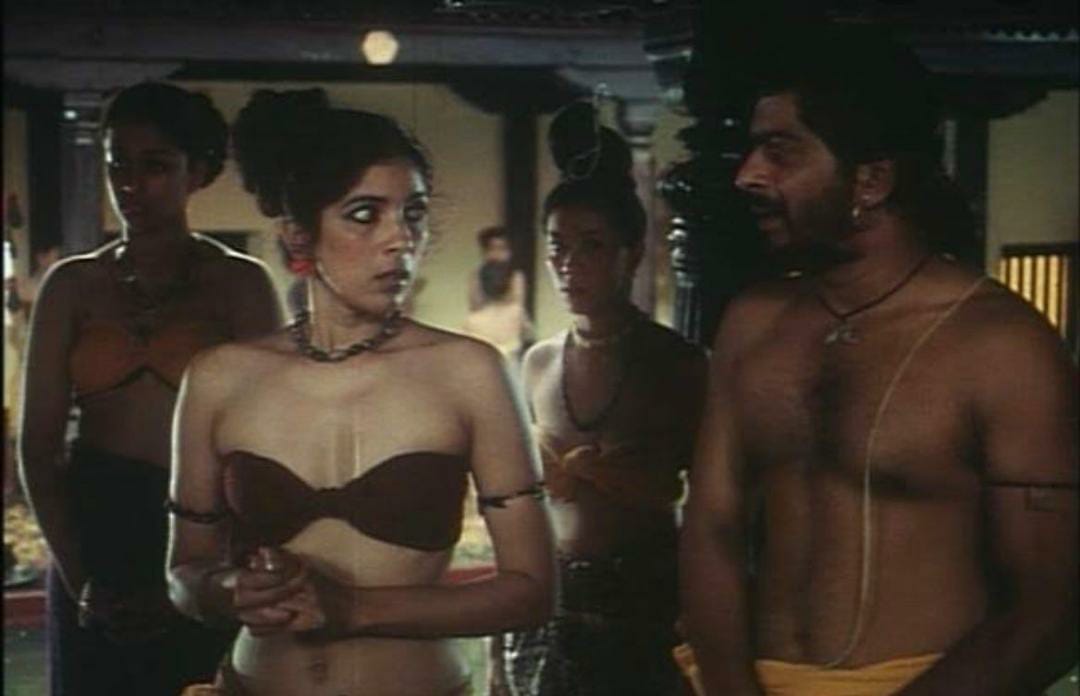 The Iconic actress is known for her portraying different roles. Neena Gupta is one of the Bollywood actresses, who is quite updated about fashion. She is very active on her social media and had recently shared a picture of herself wearing a strapless bikini from Shankar Nag’s film, Utsav. The actress had looked young and absolutely beautiful in the bikini. She had shared the picture in memory of Shankar Nag and captioned it as “A still from the beautiful film ‘Utsav’ with Shankar Nag. Miss you so much Shankar,  you left us too soon." 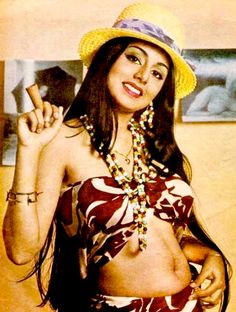 Neetu Singh is the mother of famous Indian actor, Ranbir Kapoor. She started her journey in Bollywood at a very young age and has acted in several Bollywood movies. She was quite bold during her initial days in Bollywood and had donned a purple-coloured swimsuit in the movie, Zinda Dil in 1975. She had appeared in a bikini many other times too.

Don't Miss: Cost Of Shanaya Kapoor's Printed Versace Bikini For A Photoshoot Before Her Debut Film Is Shocking Actress Dimple Kapadia had started her journey in Indian Cinema at a very young age. She became a sensation when she had starred in the movie, Bobby released in 1973. In the movie, she was cast opposite the famous Bollywood actor, late Rishi Kapoor, and had appeared in a hot red bikini in one of the scenes. But that’s not where she had stopped. It wasn't years later the actress had also made an onscreen presence in a swimsuit, in the movie, Sagar where she had looked ravishing. Sonu Walia is an Indian actress and model, she was also the winner of the Miss India Pageant in 1985. She had made her appearance in a bikini for Rakesh Roshan’s movie, Khoon Bhari Maang. According to the reports of Hindustan Times, in an interview, Sonu had mentioned that she was 'petrified' of wearing a swimsuit in the movie and had lied to Rakesh Roshan to avoid wearing the swimsuit. She had starred opposite actor, Kabir Bedi, and had donned a mustard yellow swimsuit. Sensational Helen has been famous for her cabaret dance in Indian Cinema. Her alluring beauty has caught the sight of many in the nation. Helen had worn the sexiest outfits for her dance performances. The actress has always made a bold presence on screen. In the song, Yeh Mera Dil Pyar Ka Deewana, Helen had appeared wearing a sizzling white bikini top, which was paired with a long white skirt with side slits. She has also done a few topless shoots and had always appeared onscreen in absolutely exotic looks. The gorgeous Sharmila Tagore is the first actress to set the modern-day girl example in India. She was the first woman, who was seen in a bikini publicly in the year 1966. Sharmila Tagore had worn a black bikini for the Filmfare Magazine. That’s not it, she came onscreen in a patterned sky blue one-piece swimsuit the very next year, for the movie, An Evening in Paris. The actress had brought a revolution in the nation with her bold decision. Mandakini looked like a real-time doll in all her movies. She was the prettiest and boldest actress of her time. She had shocked the Indian audience through one of her bold scenes in Raj Kapoor's film, Ram Teri Ganga Maili, and had turned up the heat by draping a see-through white saree and had performed a dance under a waterfall. The scene was super hot and had become a topic of gossip for the nation.

Suggested Read: Cost Of Priyanka Chopra Jonas' Hot Red Outfit For Her Birthday Bash In 2019 Will Make Your Jaws Drop Mumtaz had worn a bikini two-piece hot black bikini in Firoz Khan’s movie, Apradh in 1972.  While in the movie, Roop Tera Mastana she had rocked a swimming costume. According to reports of Hindustan Times, in an interview, Mumtaz had said that she was hesitant about wearing a bikini in Firoz Khan’s movie as she had a complex of her typical heavy Iranian thighs and thought a bikini was too open. When she saw her bikini scene, she felt very sexy and nice. 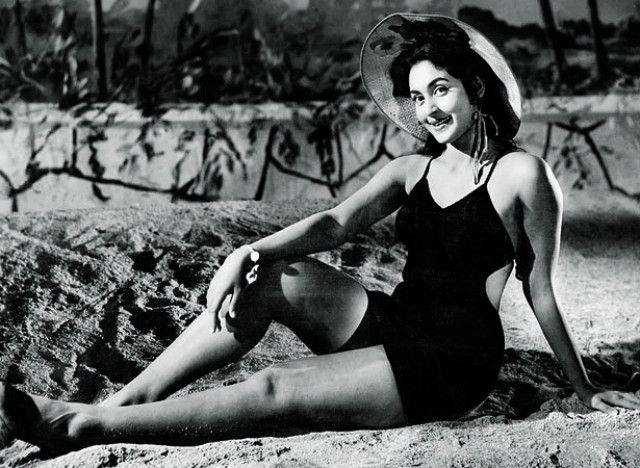 The actress had worn a red-black slip dress swimsuit with side cut for the movie, Yaadgar. The movie was released in 1970, where Nutan had starred with the famous actor, Manoj Kumar. The actress had looked stunning in the backless swimsuit.

Be it the ’70s or ’2000s, wearing a bikini onscreen has always been a tricky decision for many Bollywood actresses. Even after a huge evolution in the entertainment industry, women still think twice before making bold appearances in movies or shows. The question that arises is whether people still consider women who wear a bikini less modest? Share your opinion with us in the comments section.

Read Next:  12 Stylish Looks Of Nia Sharma Which Prove That She Is A True Fashion Icon

Steal The Look: Deepika Padukone In Bajirao Mastani Will Make You Go Deewani For Her Looks