What happens when a star reaches its ultimate goal? Do they stick to fame or choose a different path. Let's find out about celebrities who chose their passion over fame.

Bollywood is a huge industry where people from around the world want to try their luck. Every year several movies are produced, and with that, we get to see new faces. Sadly, some artists never make it big and do not make an onscreen appearance again. Surviving in the entertainment industry is not easy, and only two out of the ten people working here manage to make a place in the audience’s heart. Even though it doesn’t stay for long if one achieves fame, as it is difficult to please the viewers.

We are so familiar with Bollywood’s famous actors and actresses. Some of them still own a big name in the industry, even after they decided to quit the industry years back in order to follow their passion. These are the Bollywood celebrities who chose an alternate career, after leaving the entertainment industry. Shilpa Shetty is now known as the wife of famous businessman Raj Kundra, began her career in her teens as a model. She started her journey in Bollywood with the movie, Baazigar in 1993. After gaining huge success in Indian Cinema, she achieved international fame as she won the British reality TV show Big Brother Season 5. After marrying Raj Kundra, the actress left her acting career and sometimes makes public appearances in reality shows as a judge. She is now a social worker, fitness influencer, and restaurateur. Shilpa also co-owns an IPL team with her husband. This year, the actress had made a comeback in the movie Hungama 2. 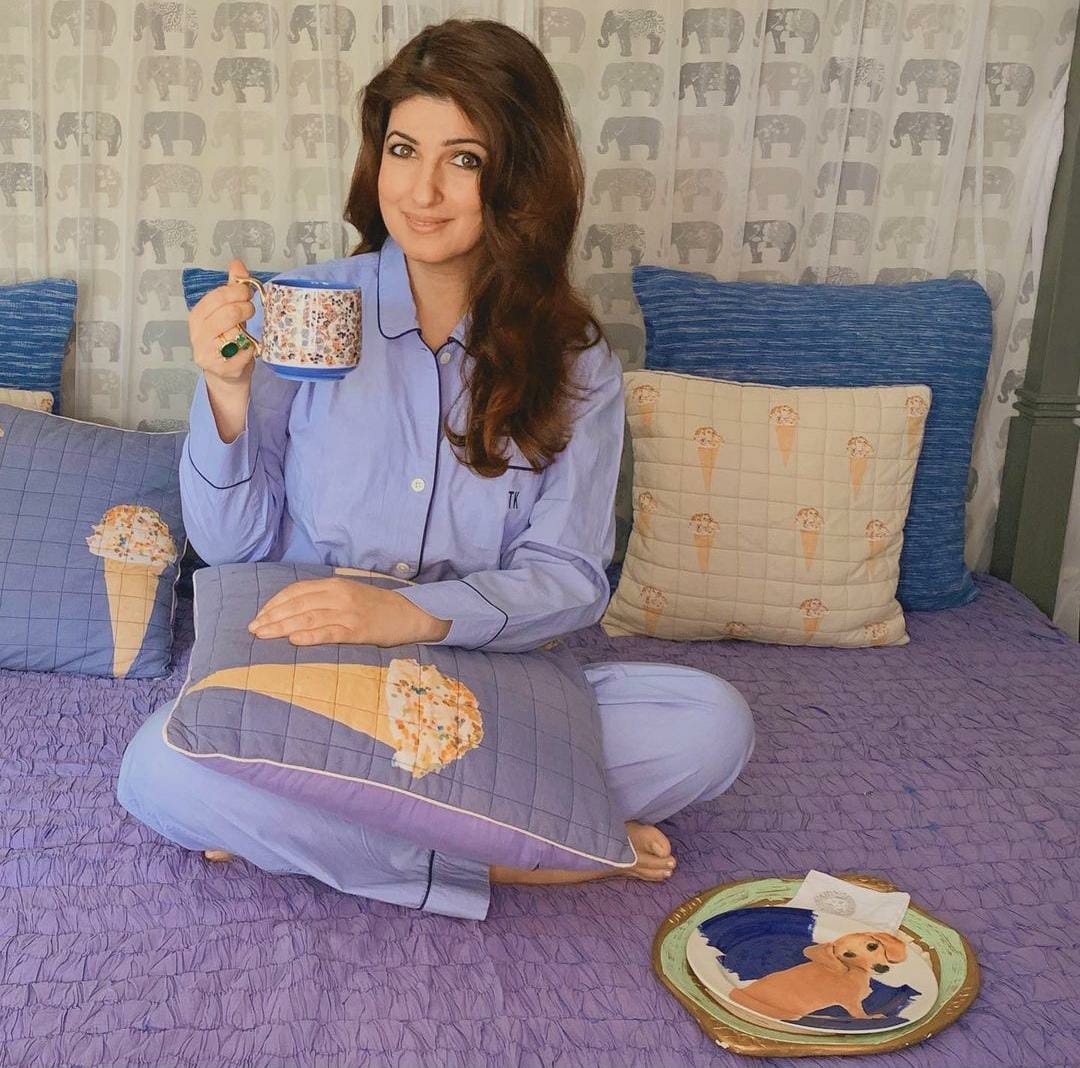 The actress is the daughter of prominent Indian celebrities, Rajesh Khanna and Dimple Kapadia. She is also the wife of the famous actor, Akshay Kumar. Twinkle Khanna had decided to leave Bollywood years ago as she wanted to become an author. She has written the bestselling book Mrs. Funnybones. She is a multitalented lady, as she is also a producer with her own production house titled Mrs. Funnybones Movies. Apart from this, the actress started her new-age digital content company, Tweak India, and is also an interior designer. 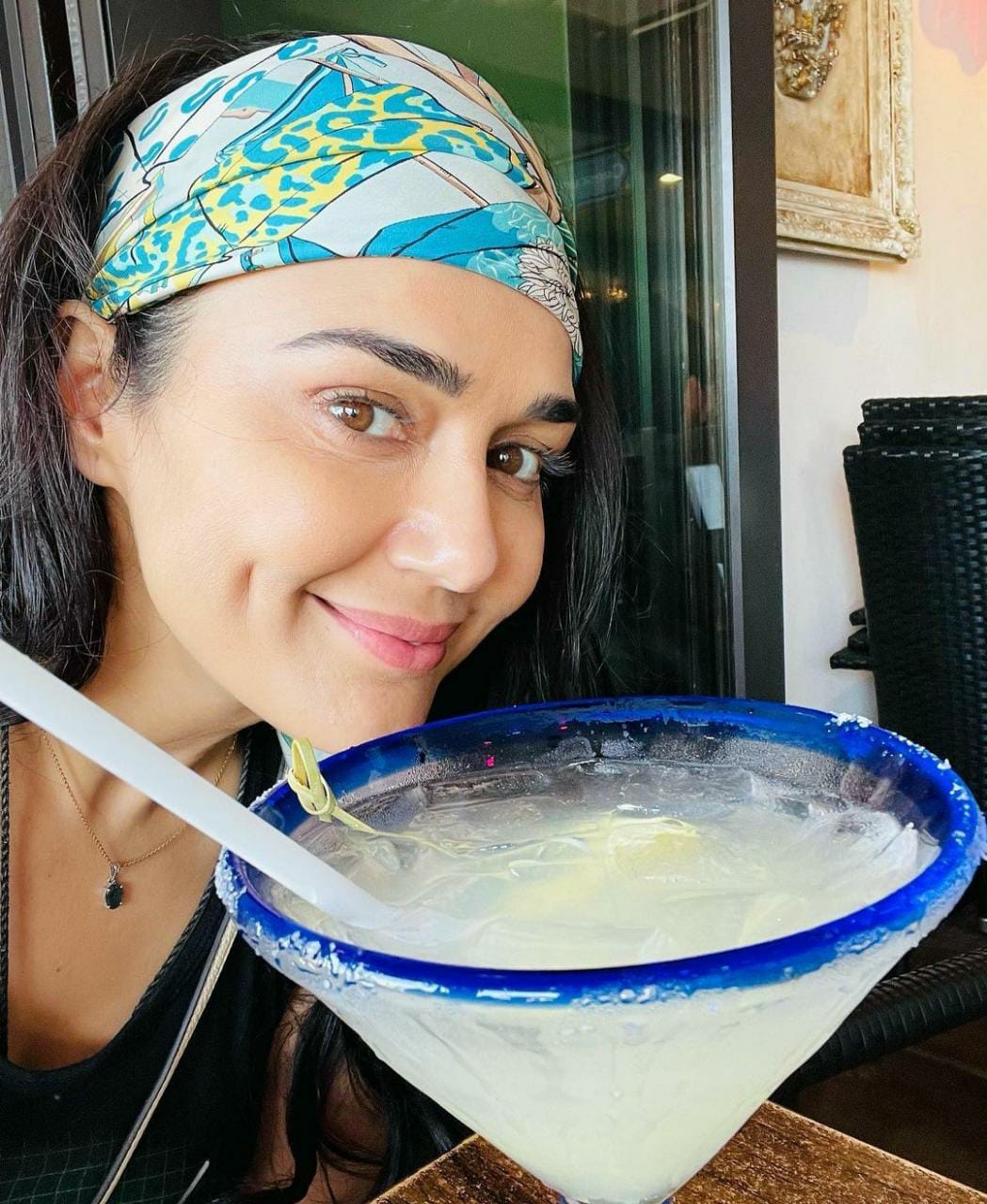 Preity Zinta is the prettiest actress of her time. She played many roles as a young, bubbly girl in Hindi movies and remained a successful actress. Some of her Bollywood hits were Soldier, Veer-Zaara, Kya Kehna, Kal Ho Na Ho, and many more. Preity decided to leave Bollywood as she launched her own production house, PZNZ Media, and is also a co-owner of an IPL cricket team, Kings XI Punjab, since 2008. Apart from this, she is the owner of the South-African T20 Global League cricket team, Stellenbosch Kings since 2017. 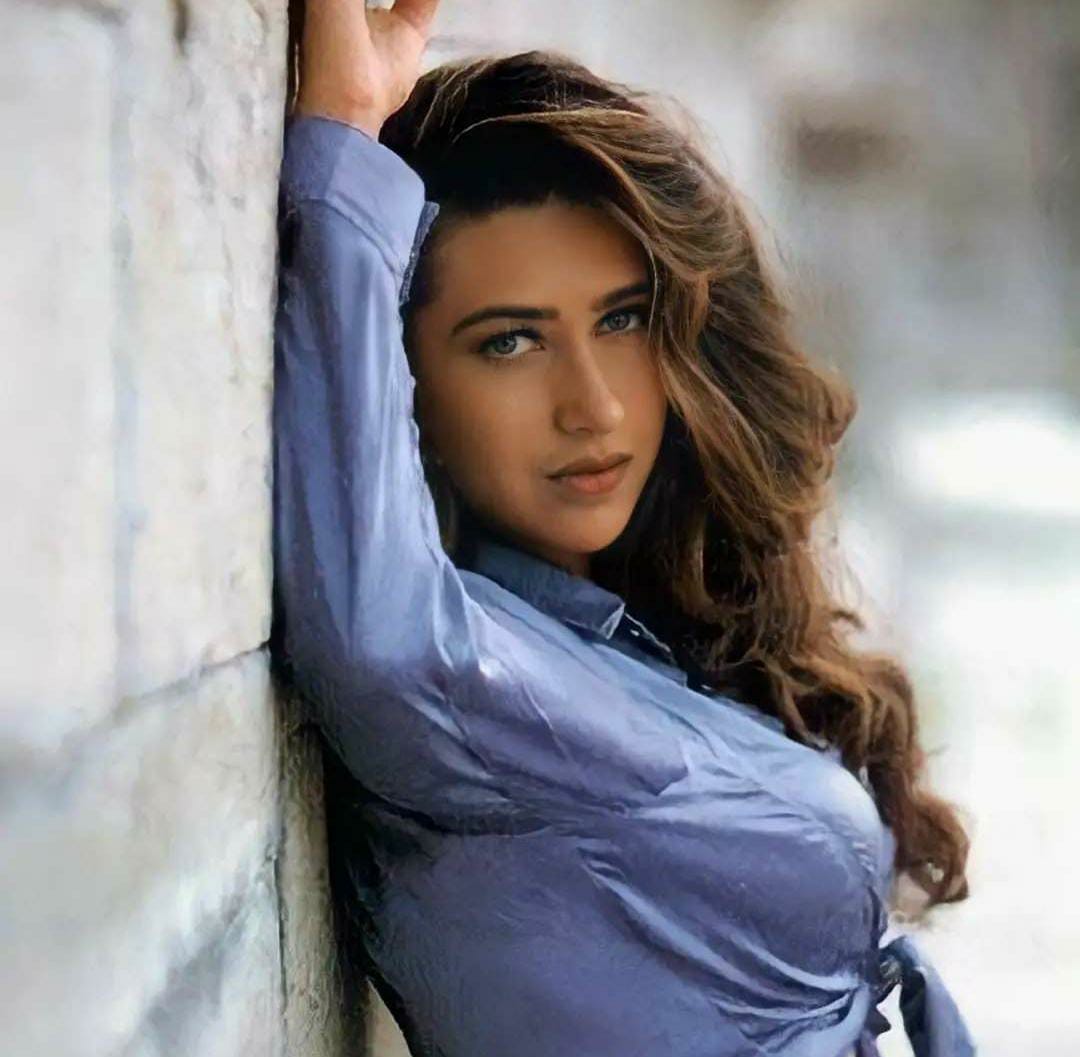 The actress is a member of the legendary Kapoor family and is much known by the name LoLo. Karishma has remained one of the most beautiful actresses of her time. She had featured in Bollywood’s box office hit movies like, Dil To Pagal Hai, Hum Saath-Saath Hai, Biwi no.1, Judwaa, and Andaz Apna Apna. Karishma sought great success in less time but decided to leave Bollywood, and is now a co-investor for a children’s brand, Babyoye. Sushmita Sen is a Bollywood sensation. She is an actress and a model, who won the Miss Universe and Femina Miss India in 1994. Sushmita had featured in several Bollywood movies and gained fame through her superb acting. Some of her movies are, Dastak, Aaghaaz, Biwi no.1, and Mai Hoon Na. The actress decided to take a break from Bollywood and turned into a producer with her own production house, Tantra Entertainment.

Read More: Esha Deol Once Slapped Amrita Rao In Public And Didn't Regret Her Decision, Said, 'She Deserved It' 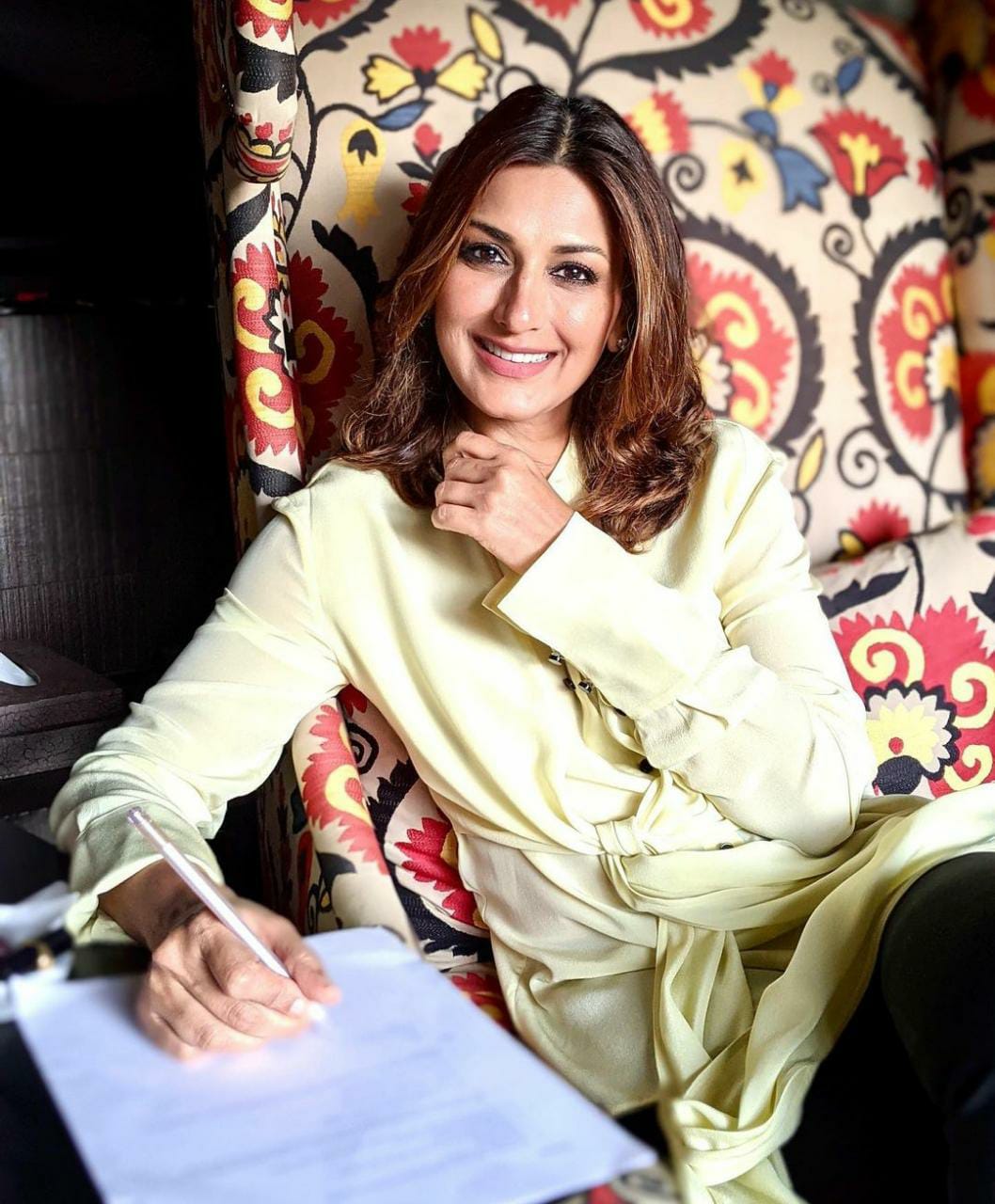 The Indian film actress predominantly worked in Hindi films and has also worked in Telugu, Tamil, Marathi, and Kannada films. Her first Hindi movie was Aag, where she was cast opposite the actor, Govinda, in 1994. Later, she made her appearance in popular Bollywood films, Hum Saath-Saath Hain, Bombay, and Lajja among others. Along with her acting, she was also recognised as a graceful dancer in the industry. In 2018 she was diagnosed with metastatic cancer; however, she strongly won her battle against cancer. The actress is now an author and has written the books, The Modern Gurukul: My Experiments With Parenting, and Birds and Beasts: Enchanting Tales of India - A Retelling. Bipasha Basu is the most admired actress in the industry. She is known for her work in the horror and thriller genre in Bollywood and is also cited as a sex symbol in the media. Bipasha’s strong acting skills brought her huge success in showbiz. However, even after having all the fame, she decided to leave her acting career behind and started her own clothing brand named, The Label Life, in partnership with Malaika Arora and Suzzane Khan. Dino Morea began his career as a model and later stepped into Bollywood with his debut film, Pyaar Mein Kabi Kabhi. Sadly, the movie did not create a buzz at the box office. Soon after, his career took off with movies like Raaz and Jism 2. However, he failed to gain success in the industry. The actor now owns his own chain of restaurants, Crepe Station Cafe in Mumbai. After a long break, Dino did make a few on-screen appearances later. Dino also has a production house and he recently played the negative character of 'Shaybani Khan' in the web series, The Empire and he was praised for his role. The Indian actress turned entrepreneur quit her movie career, and opened her own production house, Bheegi Basanti Entertainment. She also runs her own designer saree line with the label Chabra 555. In her career, she primarily worked in Hindi films. The actress was the winner of the Miss Universe 2000 pageant and was also crowned as Miss Intercontinental 1997. The actress recently made her comeback in Bollywood with the movie, Bell Bottom. The movie was released in theatres and other OTT platforms. 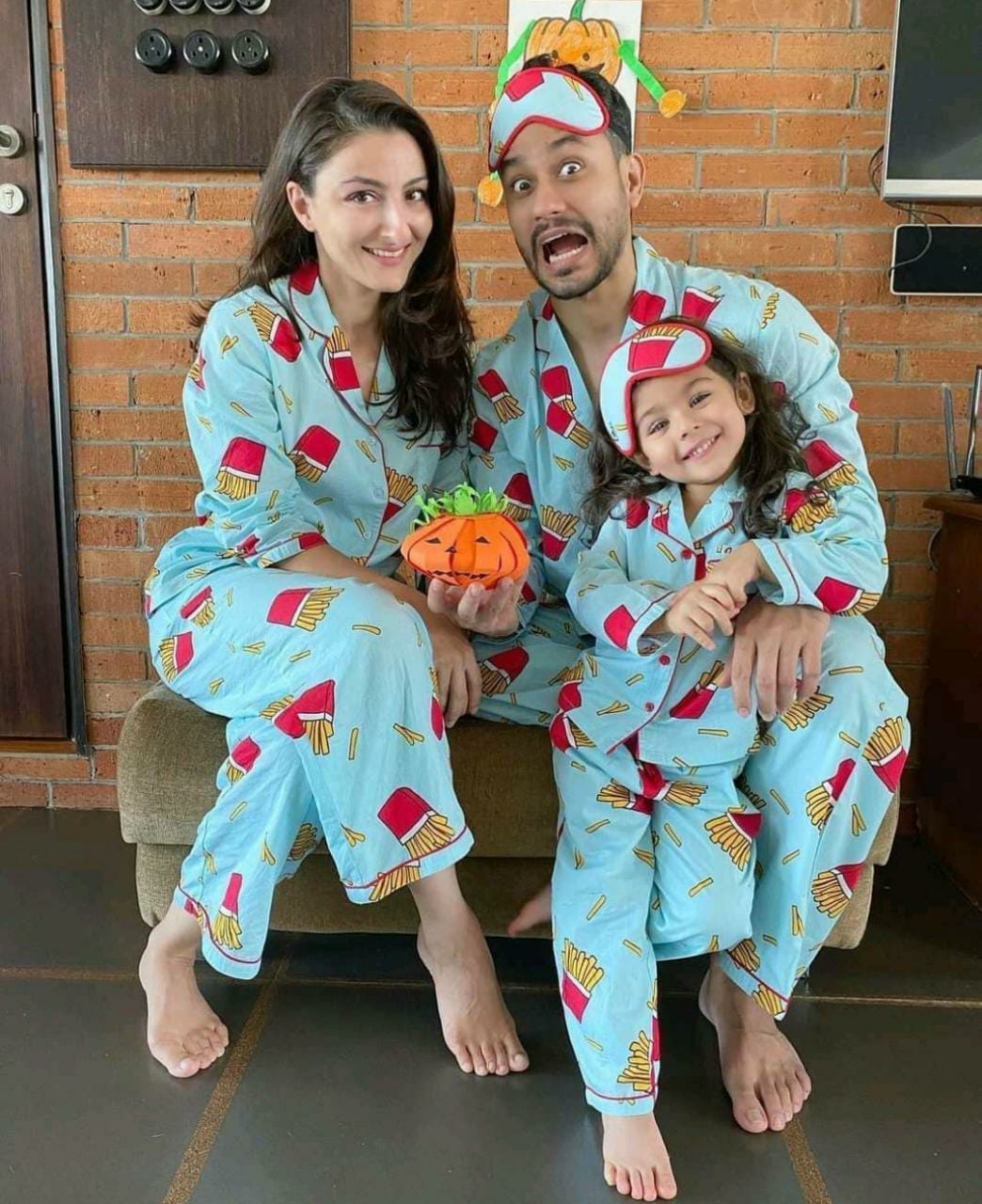 Soha Ali Khan is a real-life princess and belongs to the Pataudi family. She is the daughter of famous 70s actress, Sharmila Tagore and the sister of actor, Saif Ali Khan. Soha Ali Khan debuted in the movie, Dil Maange More, the movie released in 2004. The movie was a  romantic comedy where she was cast with other famous Bollywood celebrities, Shahid Kapoor, Ayesha Takia, and Tulip Joshi. After working in a few Bollywood movies,  Rang De Basanti, Mumbai Meri Jaan, Tum Mile, and others, she decided to leave the industry and has now turned into an author. She has written the bestselling novel, The Perils of Being Moderately Famous. 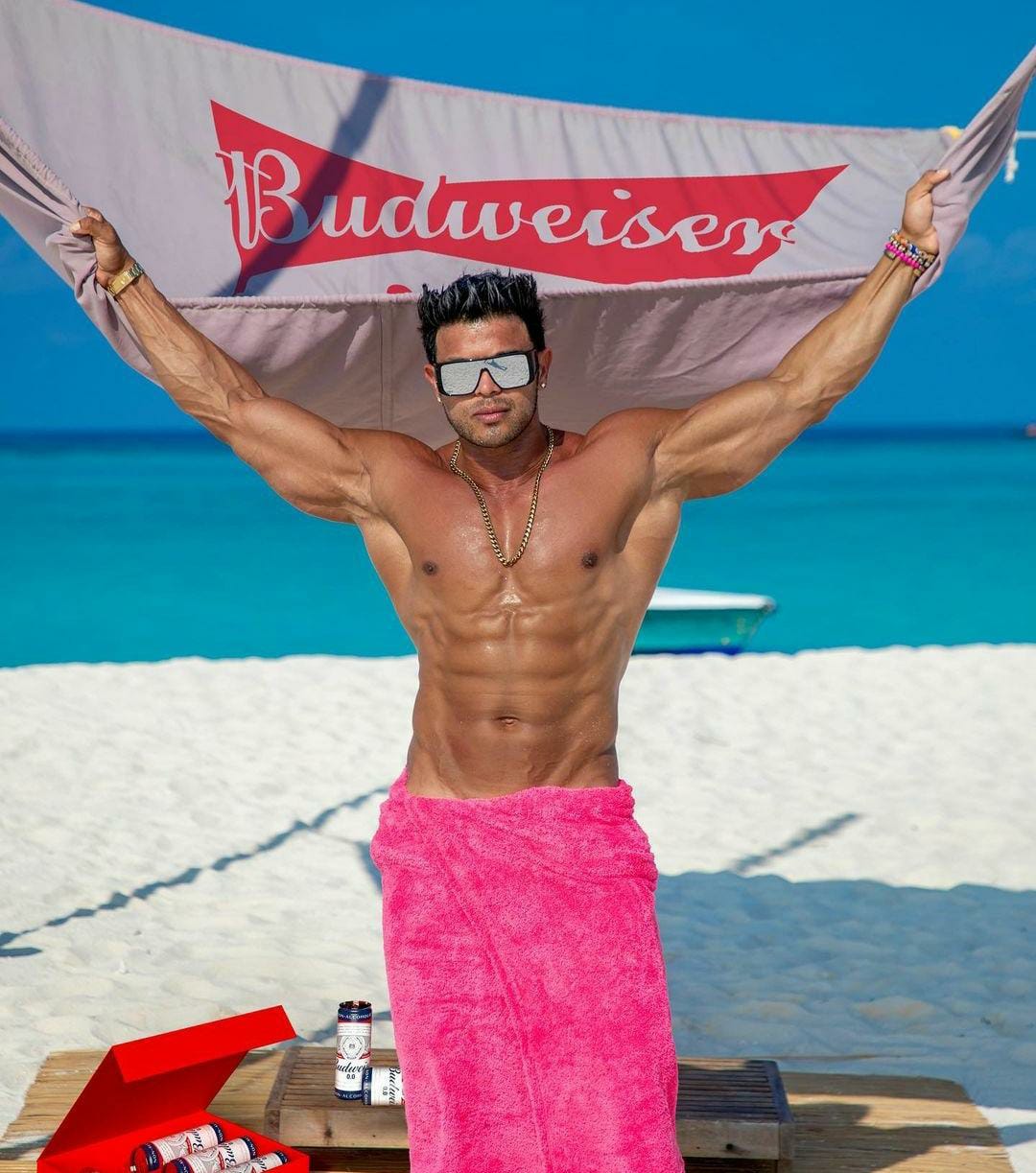 The super hot actor made his Bollywood debut in 2001, in the movie, Style. The actor stayed in showbiz for a short span and made an exit after his first movie. He then started his own chain of gyms and fitness training centres in Goa. In 2010, the actor had made a comeback through the movie, Ramaa: The Saviour, and had never appeared on the silver screen again. He is still a fitness trainer and runs his gyms.

Recommended Read: When Aishwarya Rai Revealed The One Thing She Loves The Most In Her Husband, Abhishek Bachchan Kim Sharma was a sensational actress. She debuted in Bollywood’s most popular romantic film, Mohabbatein in 2000, after which she created a huge fan base. Kim has also worked in the movie Fida which was a box office hit. However, after her successful journey in the entertainment industry, she stepped back as she decided to start her bridal grooming studio, Liaison. Dipannita Sharma is an Indian actress and model. She starred in several Hindi films like Dil Vil Pyar Vyar, Ladies Vs Ricky Bahl, Jodi Breakers, and many more. Her movies did not do well and her career as an actress did not flourish. Thereafter she quit acting and became the owner of a luxury yacht called Shazam. 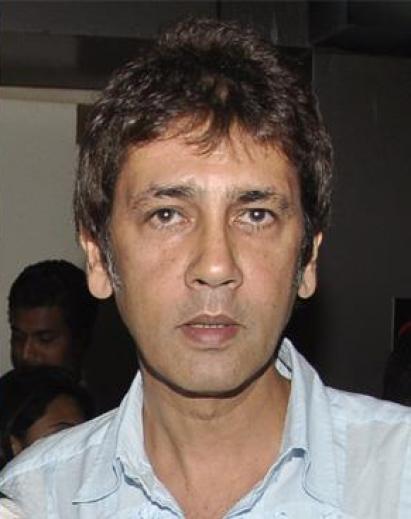 Kumar Gaurav is the son of famous Bollywood actor Rajendra Kumar. Kumar made his debut with the movie, Love Story in 1981 and was a part of blockbuster movies, Kaante, Teri Kasam, and Naam. In 2006, the actor last appeared in the movie, My Daddy Strongest. Currently, he owns a travel business in the Maldives.

Don’t Miss: Dilip Kumar Once Told Saira Banu That He Is Unsure Whether His Family Would Be Able To Accept Her 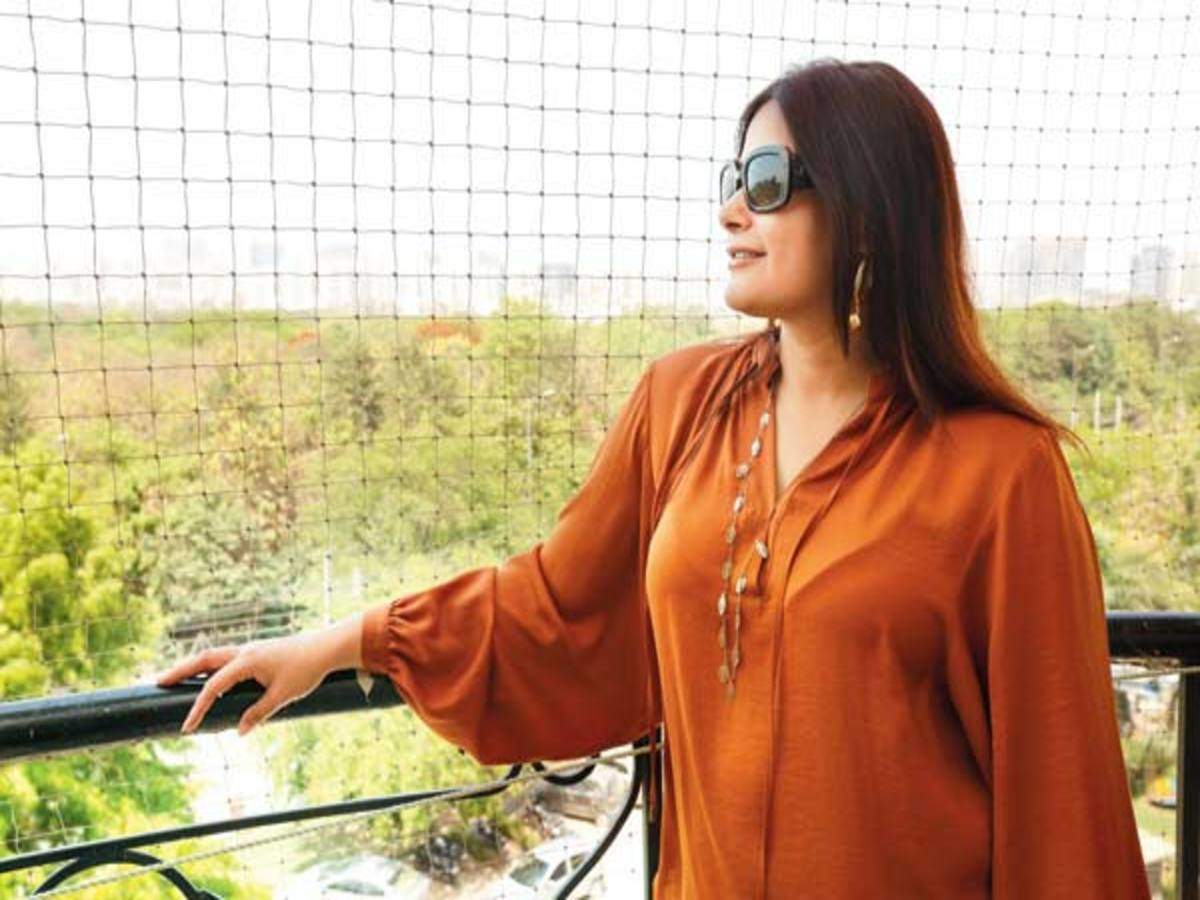 Mayoori Kangoo started her Bollywood career in 1995 with the National Award-winning film, Naseem. She made an appearance in other popular movies including Papa Kehte Hain, and Hogi Pyaar Ki Jeet, among others. She was last seen in the movie, Papa the Great. Soon the actress left behind the glamour industry. She now lives in Gurgaon and works for Google India as its Industry Head, Agency Business. 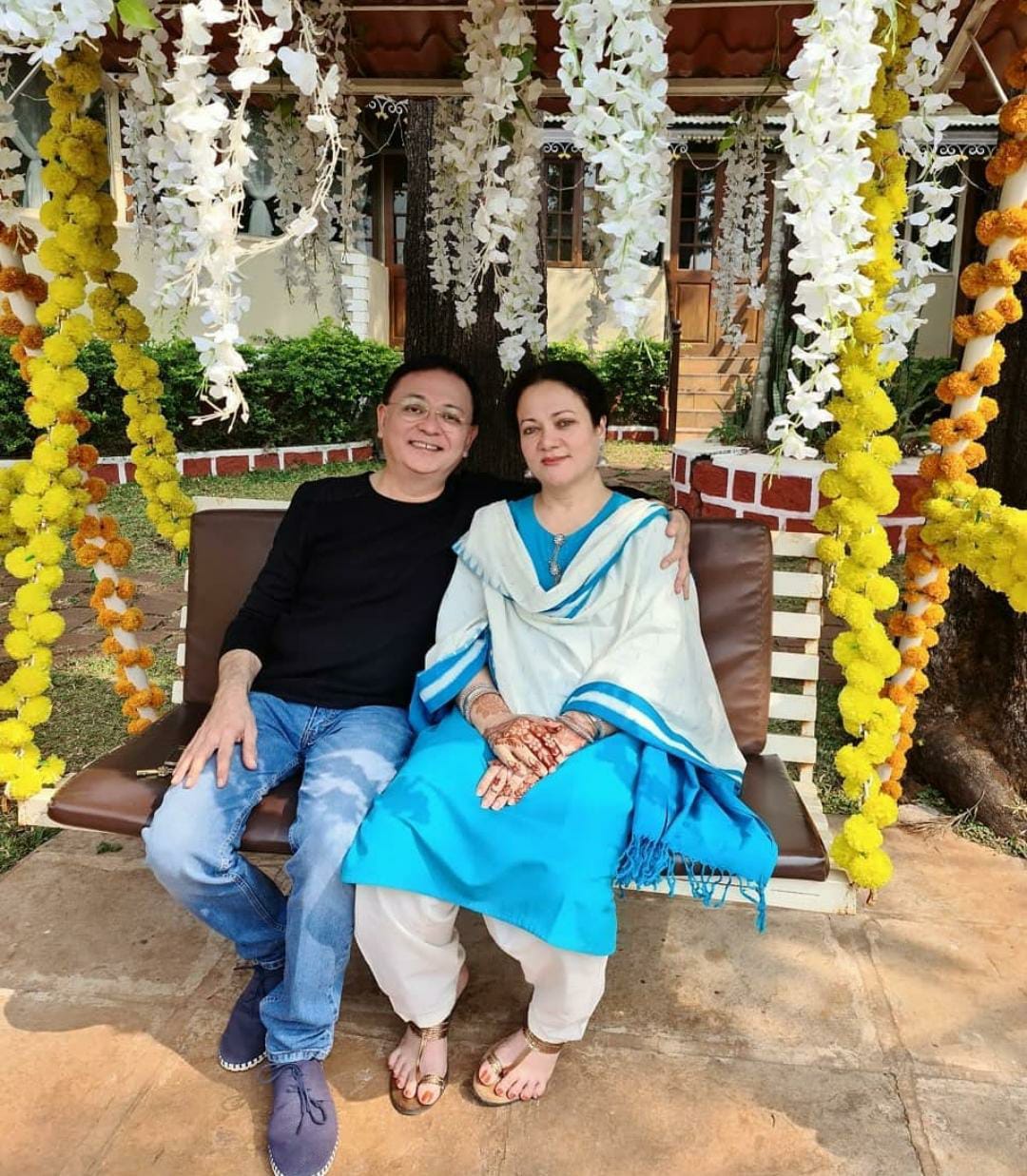 The beautiful actress is remembered for her role in Ram Teri Ganga Maili, which was a huge hit. She quit acting in 1996 and was last seen in the movie, Zordaar. Mandakini left her glorious career behind and started working as a Tibetan yoga trainer in Mumbai.

Even though these celebrities took an early farewell from Bollywood, their fan following remains the same.

Next Story: 10 Bollywood Celebs Who Married The Not-So-Famous People