It was December 03, 2017 when India’s laughter queen, Bharti Singh and her writer beau, Haarsh Limbachiyaa got married in Goa. Since then, we have quite missed her on-screen but there is a good news for her fans. She is back into action now and has started to shoot for the TV reality shows India’s Got Talent. (Also Read: Bharti Singh And Haarsh Limbachiyaa's Adorable PDA Moments Which Give Us Major Marital Goals)

Recently, Bharti Singh was in Lucknow to shoot for the auditions of India’s Got Talent season 8. And when the Times of India asked her about the same, she replied, “Har baar main Lucknow ek naye ladke ke saath ajaati hoon (laughs). And I am very happy that I have come to Lucknow this time with Rithvik as I have a ligament tear in my leg because of the stunts that I did in 'Khatron Ke Khiladi’s' upcoming season. So Rithvik has been quite supportive during the shoots of India’s Got Talent’s Lucknow auditions. He is not only busy improvising his own act, but he even takes care of me”. When the media house asked her as to how her life has changed post-marriage, Bharti was quoted as saying, “Yes life has changed a lot post marriage – I now wear sindoor and mangalsutra, which I love the most about being married. It’s been more than eight months to my marriage and I am loving this phase of my life, I think everyone should get married. When you have a best friend as your husband, things are supposed to get good for you. Husband-wife mein mann mutav ho sakte hai, magar friends mein aisa nahi hota as they are more forgiving. Haarsh is very caring. He has called me several times today to ask me about my leg. Even my in-laws are great. I used to wake up at 1 PM at my home before marriage, and now I wake up at 2 PM. My in-laws are like my close friends. They are very accommodating”. 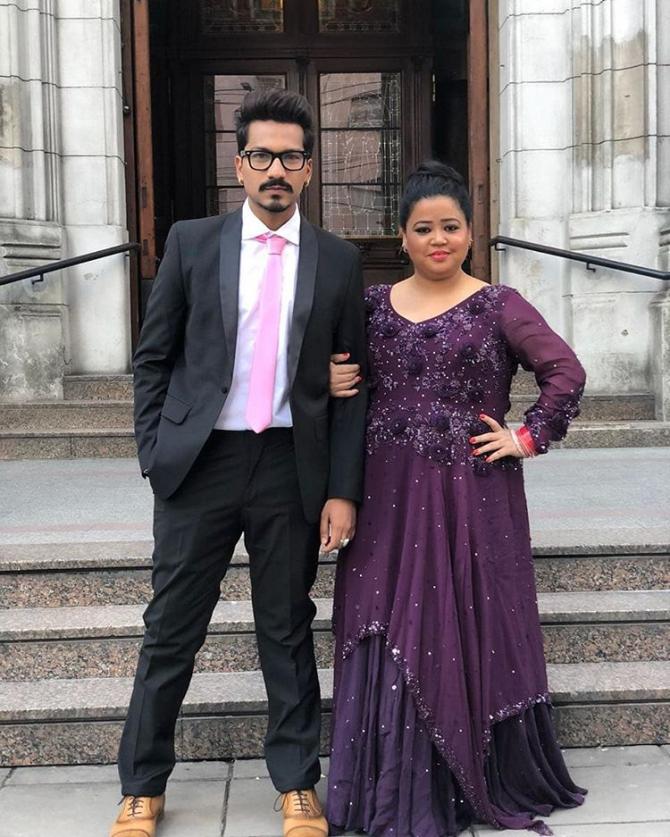 So, are they thinking about babies now? To this question, Bharti retorted, “Yes, Haarsh and I both love kids. In fact, Haarsh toh galiyon mein logon ke bachhe uthata rehta hai (laughs). We have discussed about extending our family. And by 2020, I will be a mother. Maine toh Haarsh ko bola hai that I want to perform on the stage till the last day of my pregnancy. I want my child to get good vibes. I have, in fact, asked him to plan and write scripts for me for my pregnancy”. (You May Like: Ayushmann Khurrana's Shocking Revelation, His Marital Life Had Hit A Rough Patch Once) 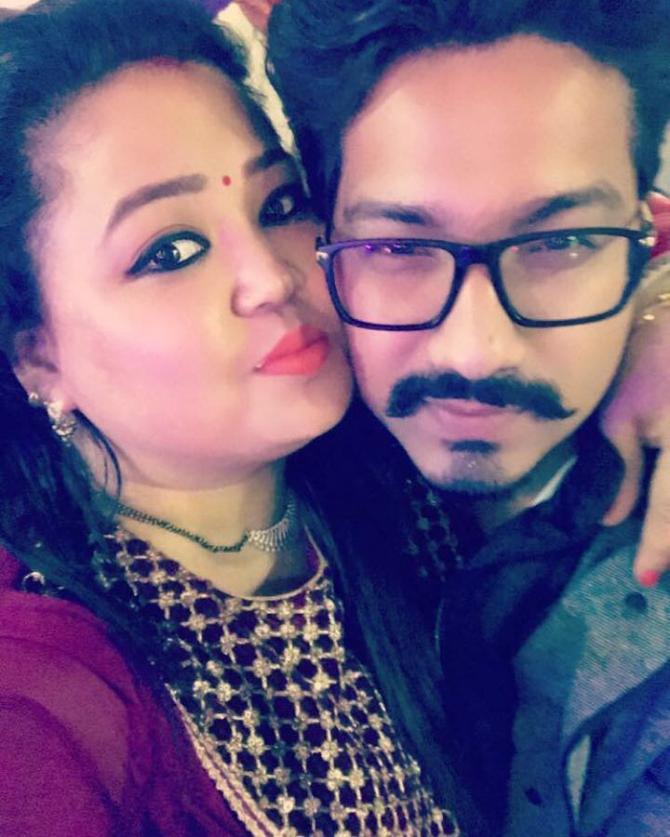 Bharti Singh is also quite close to the famous comedian and Bollywood actor, Kapil Sharma, whose last show Family Time With Kapil Sharma was taken off-air after a few epiosdes. Talking about Kapil, Bharti shared, “I am very much in touch with Kapil Sharma, I always was! Kehte hai na bura samay hamesha ke liye nahi rehta and raat bhi chali jaati, so ab Kapil Sharma ki bhi subah aa gayi hai. He is working on a lot of things and bahut jaldi he will be back and I am sure I too will be a part of that. When that problem with Kapil had happened, I did call him and he told me that he just wanted to stay alone for sometime and I respected his decision at that time. He told me that he will make a comeback. He is now back and he is also doing gym and yoga and in fact, he called me to his house and told me that we should do something together. Main, Kapil and Krushna are all set to come back together. And I want that there should be a comedy show on every channel as it really helps people a lot in their stressful lives”. 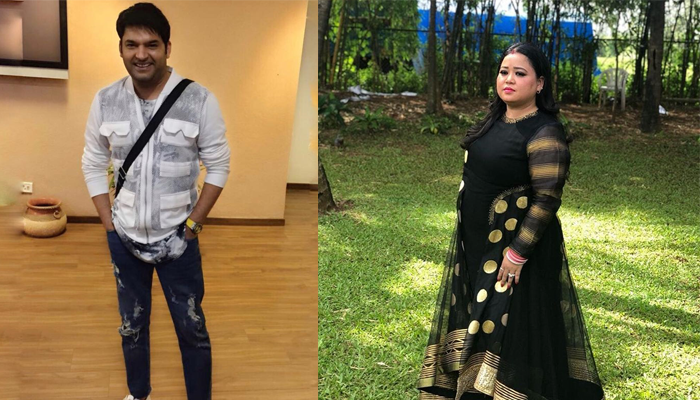 Coming back to Bharti Singh’s work commitments, 3 months after her marriage, she had revealed to a media portal that she doesn’t believe in working continuously, and had said, “I don't believe in working continuously. And there are benefits of making a comeback after a gap. That way, people are excited about your comeback and welcome you with open arms. It's like following Aamir Khan's footsteps who comes out with one movie per year. In fact, Haarsh encouraged me to take a break and asked me to take out time for myself”. (Suggested Read: Priyanka Chopra Sits On Her Fiance Nick Jonas' Lap, Couple Living A Ranch Life In Full Swag) 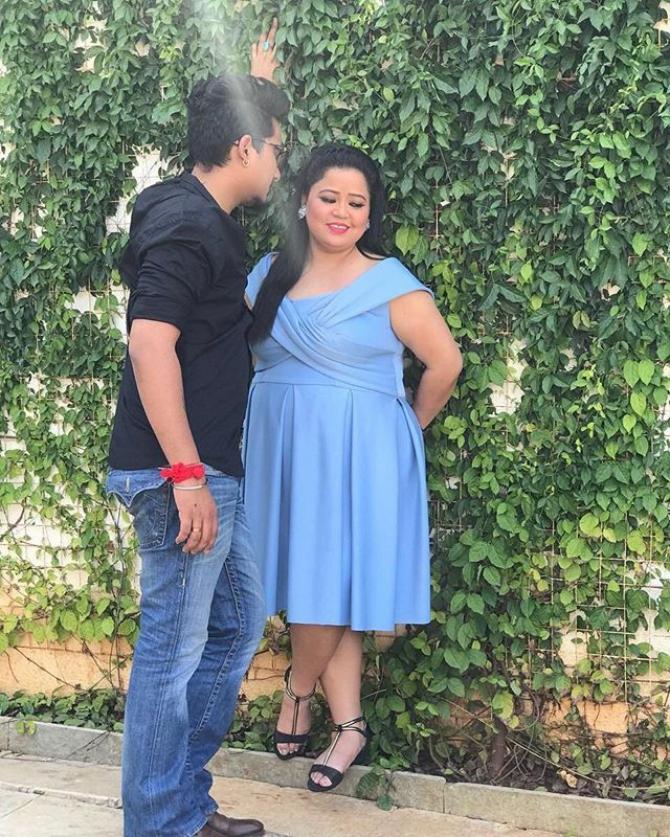 Well, no matter when she works or takes a sabbatical, she is always a charmer with her performances. And the fact that Bharti Singh wants to perform on-stage till the last day of her pregnancy, really touched our hearts the most. Isn’t this heartfelt guys? 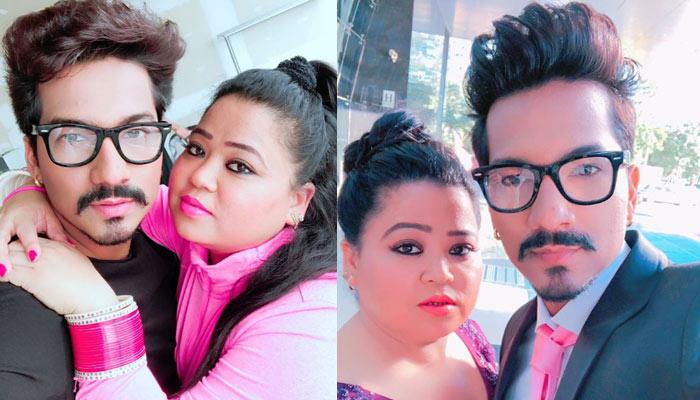