In the latest development, Bharti Singh and her husband, Haarsh Limbachiyaa were granted bail by a special NDPS court. Check out the details inside!

NCB had raided comedian, Bharti Singh and her husband, Haarsh Limbachiyaa's office and residence in Mumbai on November 21, 2020, after their alleged connection to the drug nexus had emerged. According to ABP news, the raid was conducted by NCB in Andheri, Lokhandwala and Versova area and the couple was summoned for questioning by the NCB. (Recommended Read: Ankita Lokhande And Her Beau, Vicky Jain's Dance Video In Their 'Night Dresses' Is Pure Couple Goals)

Karanvir Bohra Teases Bharti Singh About Her Pregnancy, Expects Her Baby To Arrive In December 2020

Now, as per the latest reports by ANI, Bharti Singh along with her husband, Haarsh Limbachiyaa were granted bail by the magistrate court in the drug case. The bail was granted by the Additional Chief Metropolitan Magistrate at Esplanade, upon furnishing the bail bond of Rs.15000. Bharti's lawyer pointed out to the Court that all offences alleged against the couple are punishable with less than a year of imprisonment. And that Bharti is a lady and she is diabetic. The offence is triable with the Magistrate and there have been similar matters before the Court where they have granted bail for offences with less than 1 yr of imprisonment. The couple had come under the NCB's scanner on the basis of a tip-off which had resulted in the extensive raid at the couple's residence and their arrest later. ANI tweeted, "Maharashtra: Comedian Bharti Singh and her husband Haarsh Limbachiyaa granted bail by a Special NDPS court in Mumbai."

Bharti Singh and Haarsh Limbachiyaa had first met each other on the sets of Comedy Circus, wherein, Bharti was one of the contestants and Haarsh was a scriptwriter. They had felt a connection when they had worked together. Later, Haarsh had proposed Bharti, and after dating for a few years, the two had tied the knot on December 3, 2017. Now, they are living their 'happily ever after' together. (Also Read: Abhishek Bachchan Wishes His Nephew And 'Coolest Kid On The Block', Agastya Nanda On 20th Birthday) 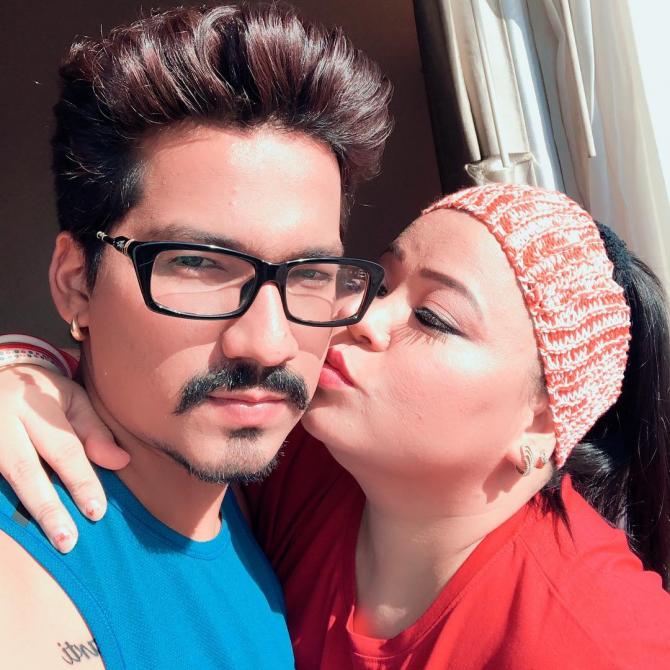 Talking about their love story, in an interview with the Hindustan Times, Bharti had shared how Haarsh loves her inside out. She had shared, "We might have progressed in other areas, but the Indian mentality remains the same. Society still differentiates between girls and boys. Parents think who would marry their daughter if she gets fat. When a boy is fat, he isn't asked to lose weight, but a girl has to be slim in order to get married. Girls go into depression due to the pressure. They go to gyms and work out like crazy to lose weight, and that might not be easy for everyone." (Don't Miss: Anil Kapoor's Throwback Babymoon Picture With Wife Sunita From The Sets Of 'Lamhe' Is Couple Goals) 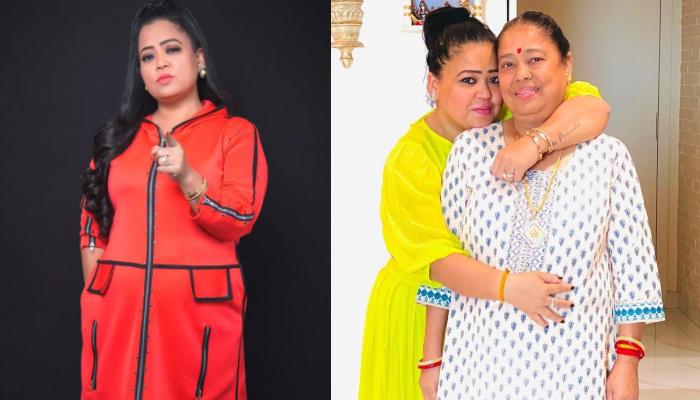 The entertainment industry's most loved and sought-after couple, Bharti Singh and Haarsh Limbachiyaa is everyone's favourite. The couple never misses a chance to leave their massive fanbase in awe of them with their every action. Haarsh and Bharti are currently pregnant with their first child and are setting up new