Arjun Kapoor shared a picture on his IG handle from his visit to Agra with Ranbir Kapoor and teased his girlfriend, Alia Bhatt.

Alia Bhatt is busy promoting her upcoming movie, Gangubai Kathiawadi, directed by Sanjay Leela Bhansali. Apart from her acting, Alia's relationship with the handsome Bollywood actor, Ranbir Kapoor has been in the news now and then. Alia and Ranbir's film, Brahmastra, had played the role of a Cupid between them and had brought them closer. Since then, we have been drooling over the couple's mushy PDAs and cute romantic banters during public appearances.

Alia Bhatt's signature pose in her upcoming film, Gangubai Kathiawadi, has garnered a lot of attention but what had etched a special place in millions of hearts was her boyfriend acing the pose effortlessly. On February 5, 2022, Alia had taken to her Instagram stories and had shared a post uploaded by one of her fan pages. A collage of Alia's 'Gangubai' pose from her upcoming movie, and Ranbir perfectly acing his girlfriend's signature pose in the film was seen in the collage. Reposting it, Alia had written: 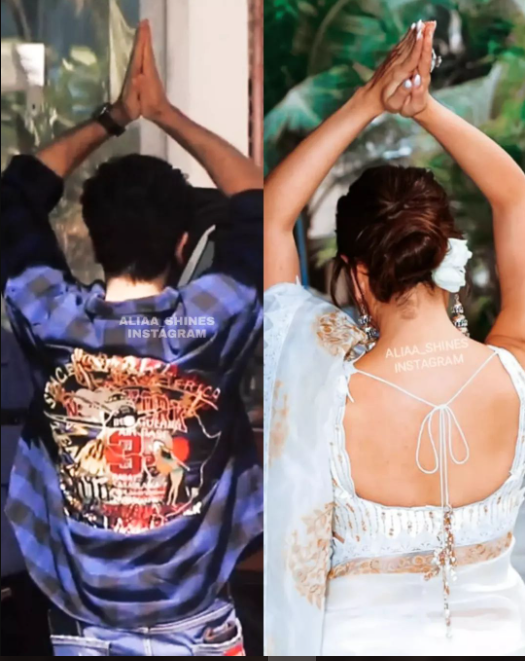 On February 20, 2022, popular director, Luv Ranjan got married to his longtime girlfriend, Alisha Vaid, in an intimate wedding ceremony in Agra. Some of the celebrities, who had attended Luv Ranjan's big day were Ranbir Kapoor, Arjun Kapoor, Nushrratt Bharuccha, Kartik Aaryan, Jackky Bhagnani, Rakul Preet Singh, and many others. A few hours ago, Arjun Kapoor took to his IG handle and shared a glimpse of Ranbir's face, and in the backdrop, we can see the Taj Mahal. Along with the picture, Arjun wrote a humorous caption, which can be read as:

"When Ranbir Kapoor the artist emerged inspired by the Taj + Me..." As soon as Arjun shared the post, his fans poured lots of love into the comment section. The couple-in-news, Rakul Preet Singh and her boyfriend, Jackky Bhagnani, had visited the Taj Mahal a couple of days ago. Reacting to the post, Rakul commented, "Haha finally u both saw the taj", followed by a mocking emoji. But Arjun also didn't leave the chance to drop a hilarious reply to Rakul's comment. He teased Ranbir's girlfriend, Alia in the comment section and wrote:

"@rakulpreet ya he saw it with me first instead of going with Alia."

In an interview with the Film Companion, Alia Bhatt was questioned about her wedding rumours circulating in the media for quite some time now. The actress had wittily dragged a comparison with the fable, Boy Who Cried Wolf and had mentioned that when she would marry Ranbir Kapoor in reality, people would take it as a rumour, which would be great for her. Alia had said:

"Whoever is spreading these rumours, it has become like the boy who cried wolf. They are crying wolf so often that actually when I am supposedly getting married, people will think it's a rumour and it will be great for me because no one will know." 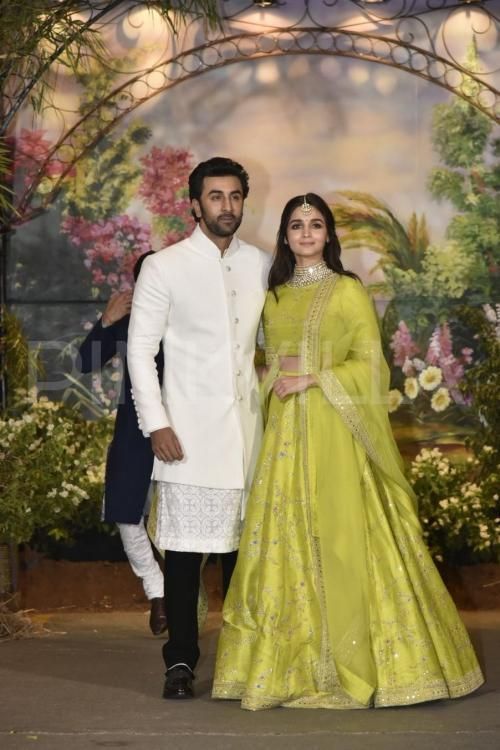 In a candid chat with the Filmfare magazine, Alia Bhatt had once revealed if Ranbir Kapoor is difficult to tackle. The actress had addressed the question with a sweet reply and had stated her take on her wedding as well. She had said:

"He's not difficult. He's a gem. When I met him for the first time in my life. Again, let me tell you he's not difficult. He's a supremely simple person. He's such a nice human being that I wish I was as good as him. As an actor, as a person, as everything. He's way better a person than I am. And about getting married? Well, that's the only thing that's irritating right now. Every morning I wake up to the news that I'm getting married. I tell him what the hell. I guess he's used to it." Well, we would love to see Alia Bhatt's take on Ranbir Kapoor visiting the Taj Mahal with Arjun Kapoor! The year 2022 has seen some of the adored couples of Bollywood getting hitched. One among them was Alia Bhatt and Ranbir Kapoor's intimate wedding on April 14, 2022. One look at their minimalistic wedding pictures, and we just can't stop drooling over them. However, both the actors resumed their work schedules soon