Ever since Arjun and Malaika had opened up about their relationship, they have been posting cutesy pictures on their Instagram page. Recently, Arjun hilariously trolled Malaika for one of her posts.

Gone are the days when a couple used to shy away from expressing their love for one another. Now, in today’s era, where everything is done on a fast forward basis, love is also expressed instantly. Just like a picture of each other and write a love-filled comment and you are all set and sorted. You don't have to wait for the reply from the other person for days, they either have to just like your love-filled comment or reciprocate the same love to accept the feelings. It is the era of everything instant, some fall in love in minutes, they break up in minutes and then they patch-up in minutes. (Recommended Read: Aamir Khan Reveals Reasons Behind Not Making Films For Ira And Junaid, Says, He Can't Be Dishonest)

When Malaika Arora was spotted with a mystery man, who had covered his face with a mask, everybody started their guessing game. It was later revealed that the mystery man was none other than Arjun Kapoor. The duo had initially kept their relationship under the wraps but their constant outings and visiting each other house for family functions have sparked the rumours of them dating. And it was only on Arjun’s birthday that Malaika had made their relationship official by sharing a cutesy picture from their holiday. Arjun loves to pull Malaika's leg and his comments on her posts are proof of it. A similar thing happened on December 16, 2019, as well, when Arjun didn’t leave a chance to hilariously troll Malaika. 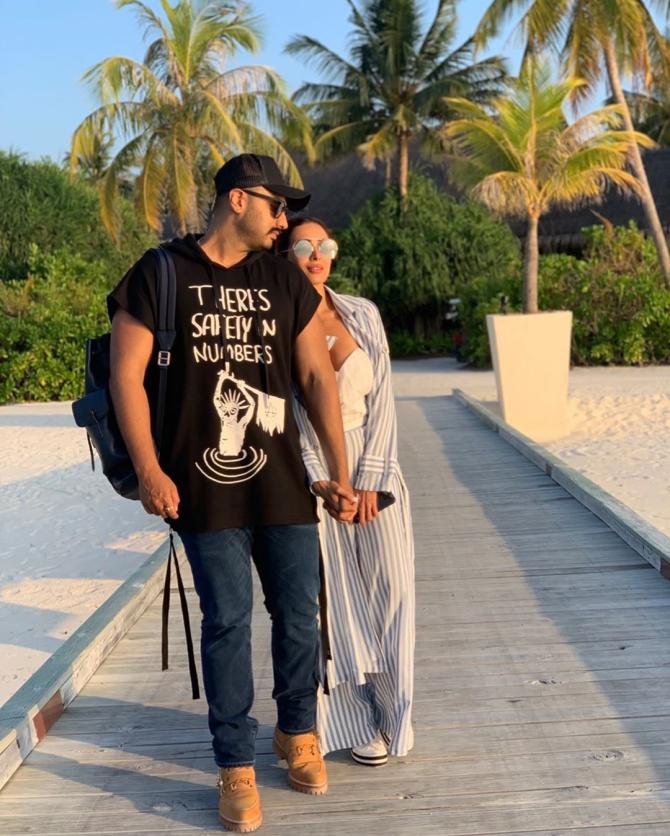 On December 15, 2019, Mumbai witnessed the performance of Irish rock band U2 and it was attended by who’s who of Bollywood. Celebs decked up in their best outfits came together and witnessed the epic performances by the band. Malaika Arora too attended the concert with her sister, Amrita Arora and posted pictures on her Instagram page. She shared the pictures and write, “Thank u for the music ..@u2.. doesn’t get better n closer than this.” More than the awesome pictures, it was Malaika’s beau, Arjun Kapoor’s hilarious comment that caught our attention. On the pictures shared by Malaika, Arjun wrote, “Were u on stage with them ????” To this Malaika commented with laughing emoticons.

Malaika Arora and Arjun Kapoor have always been targeted by the trolls, sometimes for their 11 years age gap and sometimes for their unexpected pairing. In an interaction with the Bombay Times sometimes back, Arjun had talked about his family, marriage plans and his relationship with Malaika. When he was asked to comment on the trolls who are targeting him and Malaika for the age gap between them, Arjun had stated that he wouldn’t even want to speak about that and give it importance. This topic doesn’t matter to him so, he wouldn’t want to justify anything. (Suggested Read: Mahhi Vij's Emotional Note For Adopted Daughter, Khushi On Her Birthday Proves She Is An Amazing Mom) Arjun had further spoken about not accepting his relationship with Malaika initially and had said, “I respect the fact that the media has been so respectful about our relationship. We are not hiding anything either. I am in a good personal and professional space. I hope it continues this way. I don’t want to go into the details right now. There has to be dignity in the way you conduct yourself in a relationship, and I want to maintain that. I would like to talk about it as time unfolds rather than jumping the gun. We have opened the doors to the world to know that we are together. When the time is right, I will go into details and speak about it.” 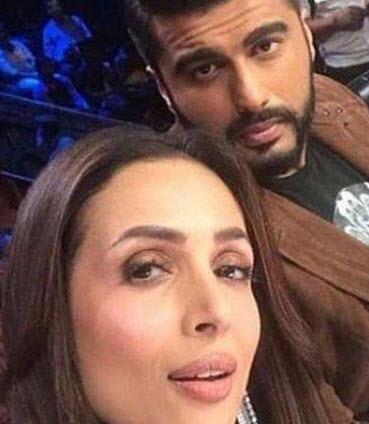 In an interview with the Filmfare, revealing what made Arjun Kapoor come out in the open about his relationship with Malaika Arora, he had said, “We've come out because we feel the media has given us dignity. There's a certain understanding the media has... they've been respectful, kind, honest and decent about it.  That is why I felt comfortable. You recoil when there's a certain "gandhagi" that comes with the territory. When purposely people irk you by saying, writing or asking things... there hasn't been any of that. Where the paps are concerned, we give them photos when walking in and out of a place. It is normal. We talk to them. There's a certain ease. I told them don't sit under the house just because it looks like we're hiding, when we're not. Let it be natural. Let it be normal. I don't want my neighbours being disturbed, I don't want her neighbours being disturbed. We're not doing anything wrong. I don't want that story being conveyed that we're still hiding when we're not. They understood that.” Putting an end to his marriage speculations with Malaika Arora, Arjun Kapoor had remarked, “I'm not getting married. I understand why there are speculations. Because in my own house people would ask tu shaadi kab kar raha hai? It's a very organic Indian question. If you're with someone for even three days, the marriage question pops up. Shaadi karlo, tumhari umar ho gayi hai, abhi kitna sochoge? 33 for most people in India is great age to get married, but not for me. I still have time. If I've not hidden my relationship, why will I hide my marriage yaar?” (Must Read: Sunny Leone Accompanying Her Kids, Nisha, Asher And Noah To A Christmas Party Is Pure Mother Goals)

Arjun Kapoor and Malaika Arora make for a lovely couple! What do you think?