Anushka Ranjan and Aditya Seal are all set to tie the marital knot. The bride-to-be looked gorgeous at her 'chooda' ceremony, however, her 'kaleeras' stole the show.

Aditya Seal and Anushka Ranjan have taken the internet by storm by taking their relationship a notch higher. The couple has swooned our hearts with their dreamy engagement and the pictures from the same are doing rounds on the internet. However, before the big day, the couple had hosted the pre-wedding functions and prominent faces from the B-Town had graced the gala events. The guests were seen grooving to the music and posing for loads of pictures.

On November 17, 2021, Anushka Ranjan and Aditya's seal's engagement ceremony pictures had left the internet berserk. The couple had exchanged the rings in a hush-hush ceremony. In the photo, we could see Anushka donning a gorgeous purple-hued glittery saree gown from designer, Amit Aggarwal. On the other hand, Aditya had looked dapper in a green-hued ensemble. 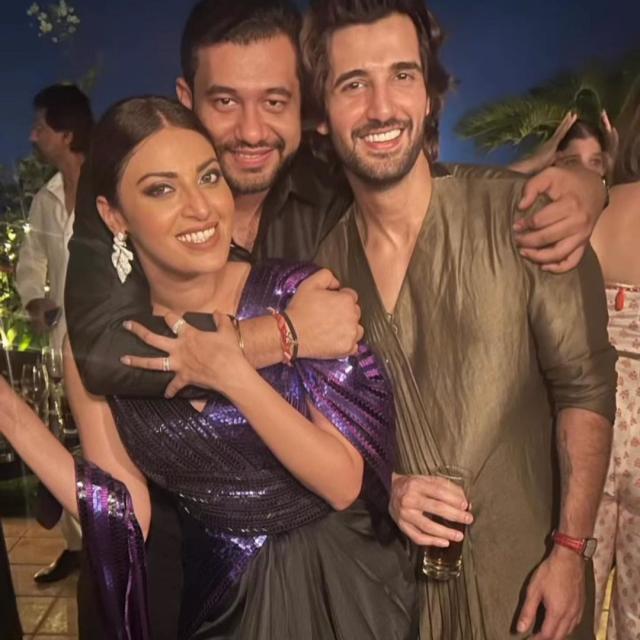 A few moments back, Anushka Ranjan and Aditya Seal had the 'Chooda' ceremony, and their friends shared the images and videos from the same on their social media handles. In the pictures, the bride-to-be looked gorgeous in a red kurta and blue denim pants, and her bridal glow was unmissable. However, what caught our attention was her striking silver kaleeras that she flaunted in the video.

On November 19, 2021, Anushka and Aditya hosted a sangeet ceremony, and the who's who of Bollywood attended their dreamy affair. Anushka Ranjan's bridesmaid had left the stage on fire with their dance performances at the event. The besties had shared some hearty moments together and had a gala night. and Aditya Seal's sangeet ceremony was a fun night and had included dhol, gidda as well as DJ. The pre-wedding bash had also included cocktails and drinks. The merriment was evident on the faces of the guests as they had grooved in the photos and videos doing rounds on the internet. Check it out below:

For her sangeet ceremony, Anushka Ranjan had worn a striking red-coloured sharara with heavy embellishments with sequins all over it. She had paired it with a matching dupatta and a belt. Her full-sleeved blouse had featured a plunging neckline. Anushka had accessorised her look with a red-and-green Kundan set, which had included a choker and earrings. On the other hand, her fiancé, Aditya Seal was dressed up in a black kurta and pants, paired with an embellished long jacket. 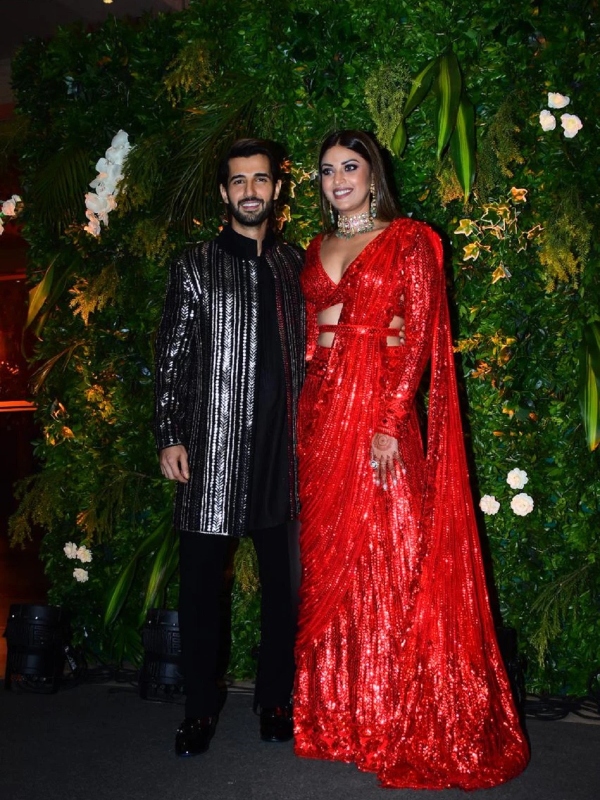 Earlier, in an interview with the Bombay Times, Anushka had opened up about her wedding plans and had said that it was her sister, Akansha Ranjan, who suggested that she should get married. Sharing how she had never wanted a big fat wedding, she had said:

“I am happy we are having a small celebration with close friends. Also, I am not someone who will fuss over her lehenga or take days to decide on songs for my sangeet! In fact, I was not really thinking of marriage now, but my sister suggested that if not now, when? The feeling of becoming a wife hasn’t sunk in yet, but I am happy that I will be with someone I have loved and known for a long time now and everyone around me is happy, too. That’s ideal.” 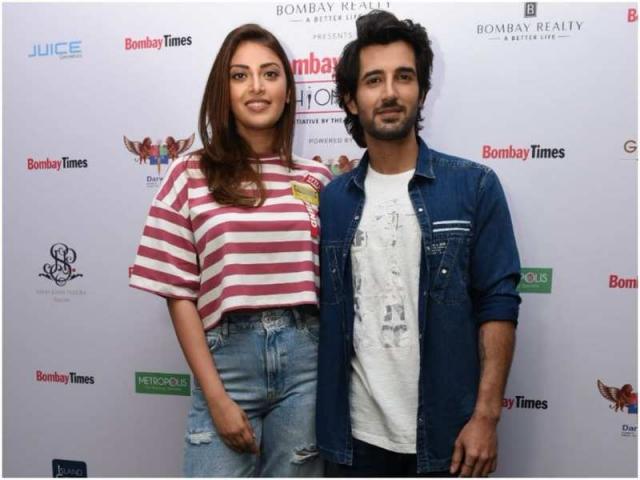 Further in the interview, the couple had also revealed that the feeling of getting married hasn’t sunk in yet. Talking about the same, Aditya had said:

“It feels like I will move in with my girlfriend after a few days and embark on a new adventure. We wanted to get married sooner, but then we waited for the pandemic to get over."