Student Of The Year 2 actor, Aditya Seal is all set to tie the knot with his 4-year-long girlfriend, Anushka Ranjan, on November 21, 2021. The two had met at a family function and had hit it off immediately. It was in October 2019, when Aditya had popped the question of marriage to Anushka and she had said ‘yes’. Now, finally, their wedding festivities have begun, and the social media is abuzz with Anushka’s sangeet ceremony pictures and videos.

On November 17, 2021, Anushka Ranjan and Aditya Seal had taken the first step towards their forever journey and had exchanged the rings in a hush-hush ceremony. While Anushka had donned a gorgeous purple-hued glittery saree gown from designer, Amit Aggarwal, Aditya had looked handsome in a green-hued ensemble.

Also Read: Rajkummar Rao's Sister-In-Law, Pranalekha Shares A Wedding Picture As She Welcomes Him In The Family On Friday night, i.e., on November 19, 2021, Anushka Ranjan and Aditya Seal’s wedding festivities kickstarted with a puja, mehendi, and sangeet ceremony. The pictures from the same are going viral on the internet. For the functions, while Anushka donned a mint green lehenga, Aditya, for the puja wore a white kurta-pyjama, and later, for the sangeet changed into a blue outfit. Alia Bhatt, Vaani Kapoor and Krystle D’Souza attended their BFF, Anushka’s pre-wedding functions. Alia Bhatt looked stunning in a red lehenga. 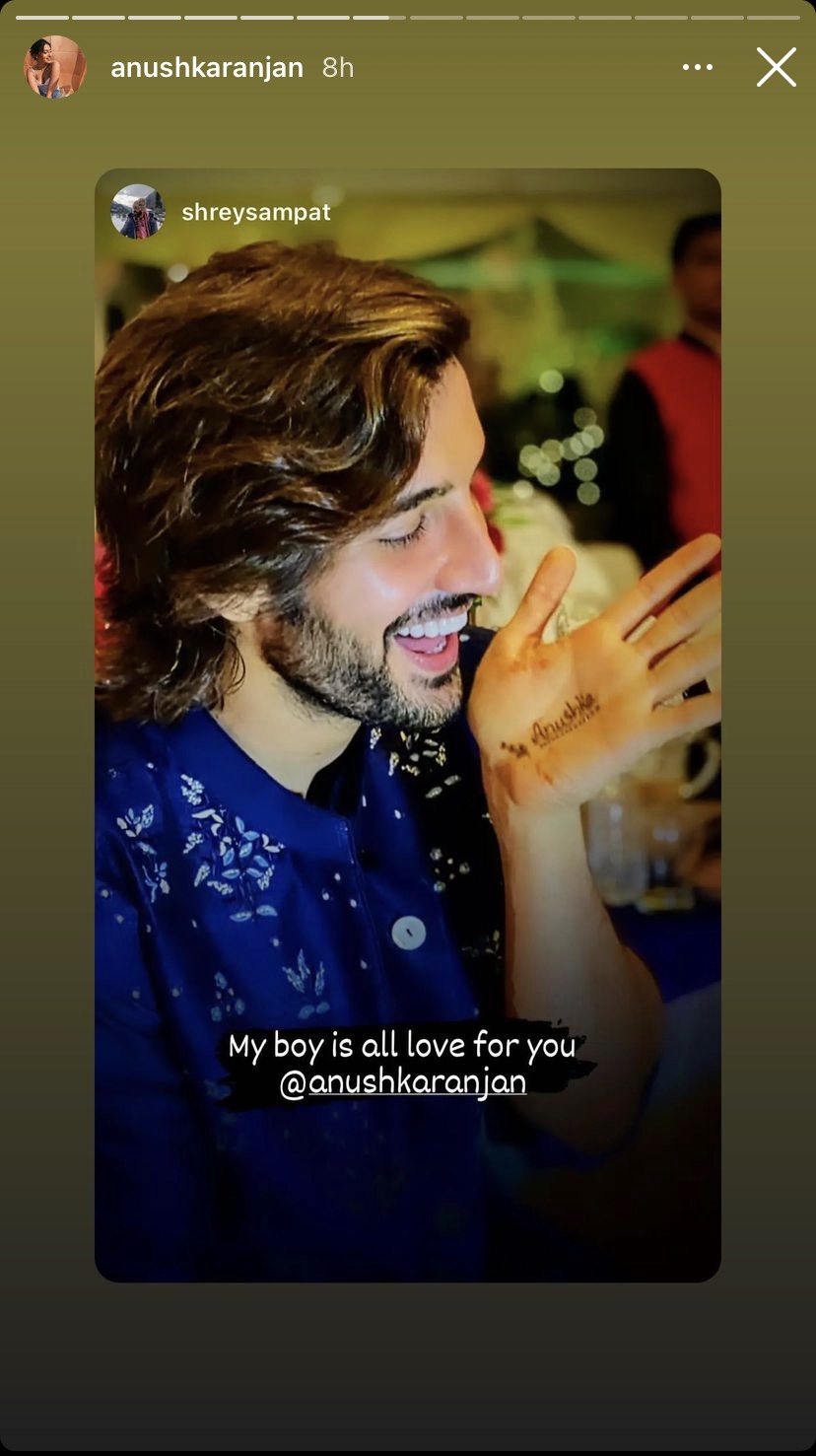 On October 1, 2021, Anushka Ranjan had turned a year older, and along with her birthday bash, her sister, Akansha Ranjan and her friends had decided to organise a grand surprise party for her. As Anushka was preparing for her wedding with Aditya Seal, the bride-to-be had got a bridal shower combined with her birthday party. From Alia Bhatt, Vaani Kapoor to Sussanne Khan, Krystle D’souza, many of her friends had attended her birthday-cum-bridal shower. Her IG stories were filled with pictures from the same. 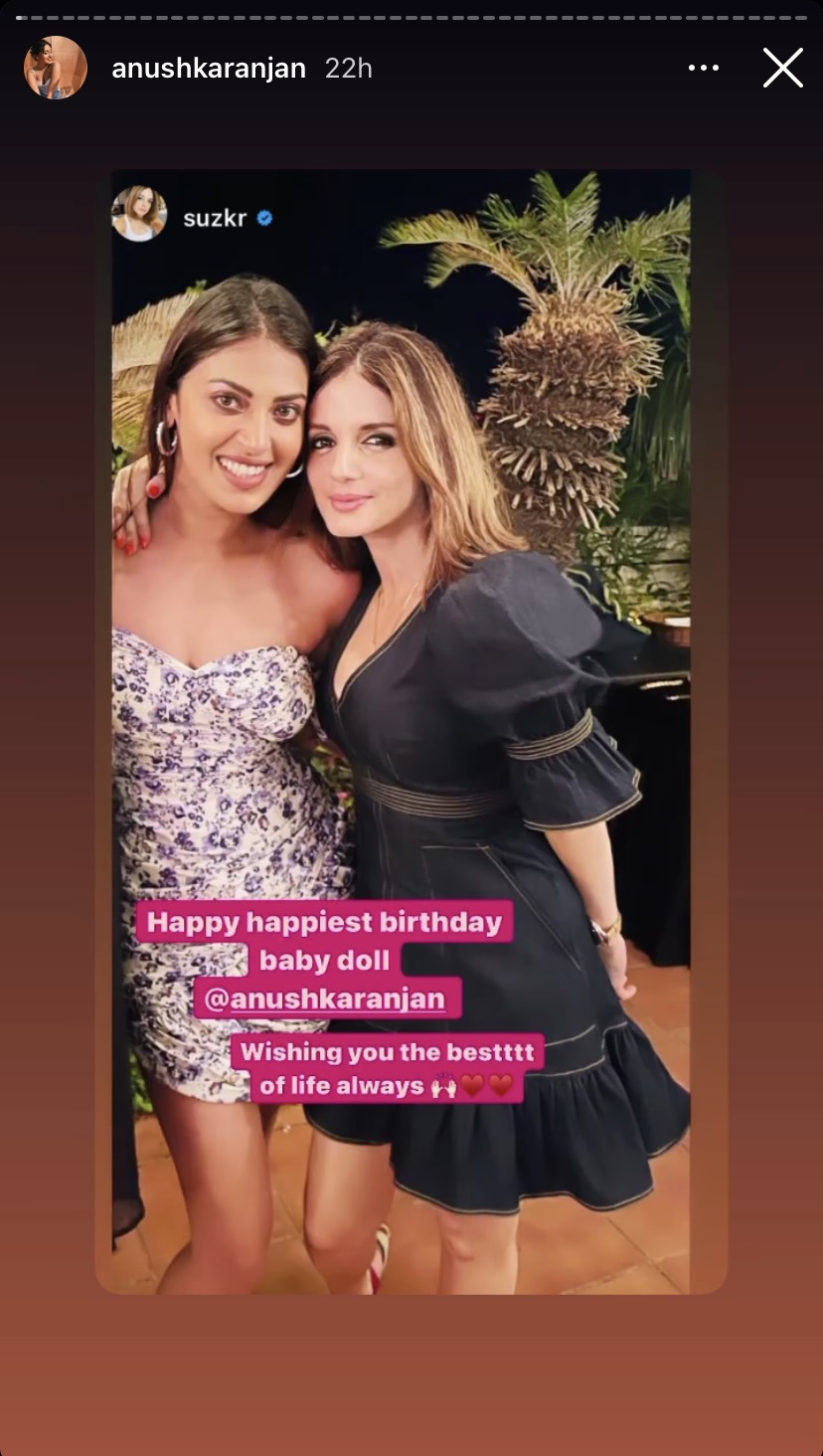 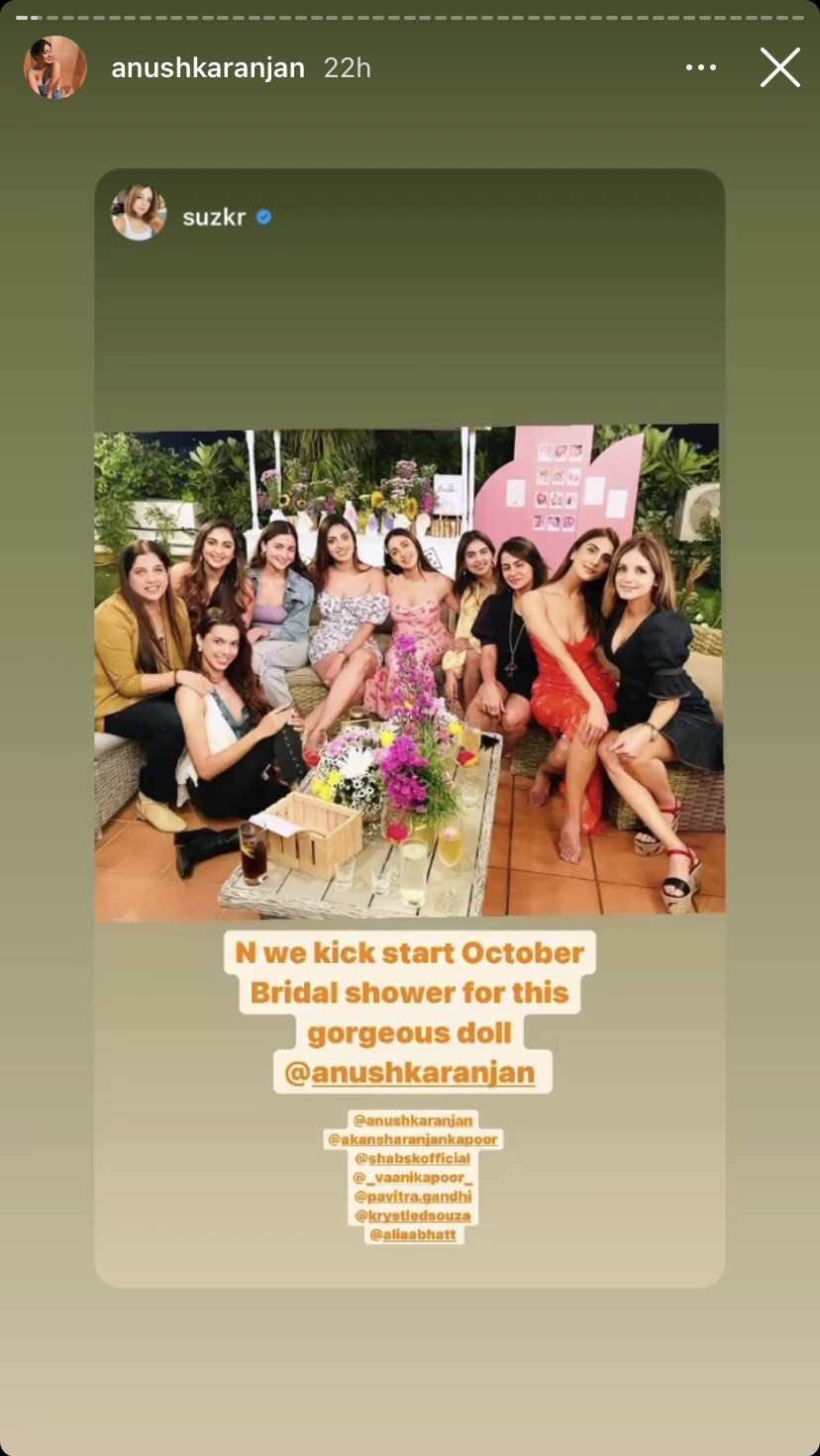 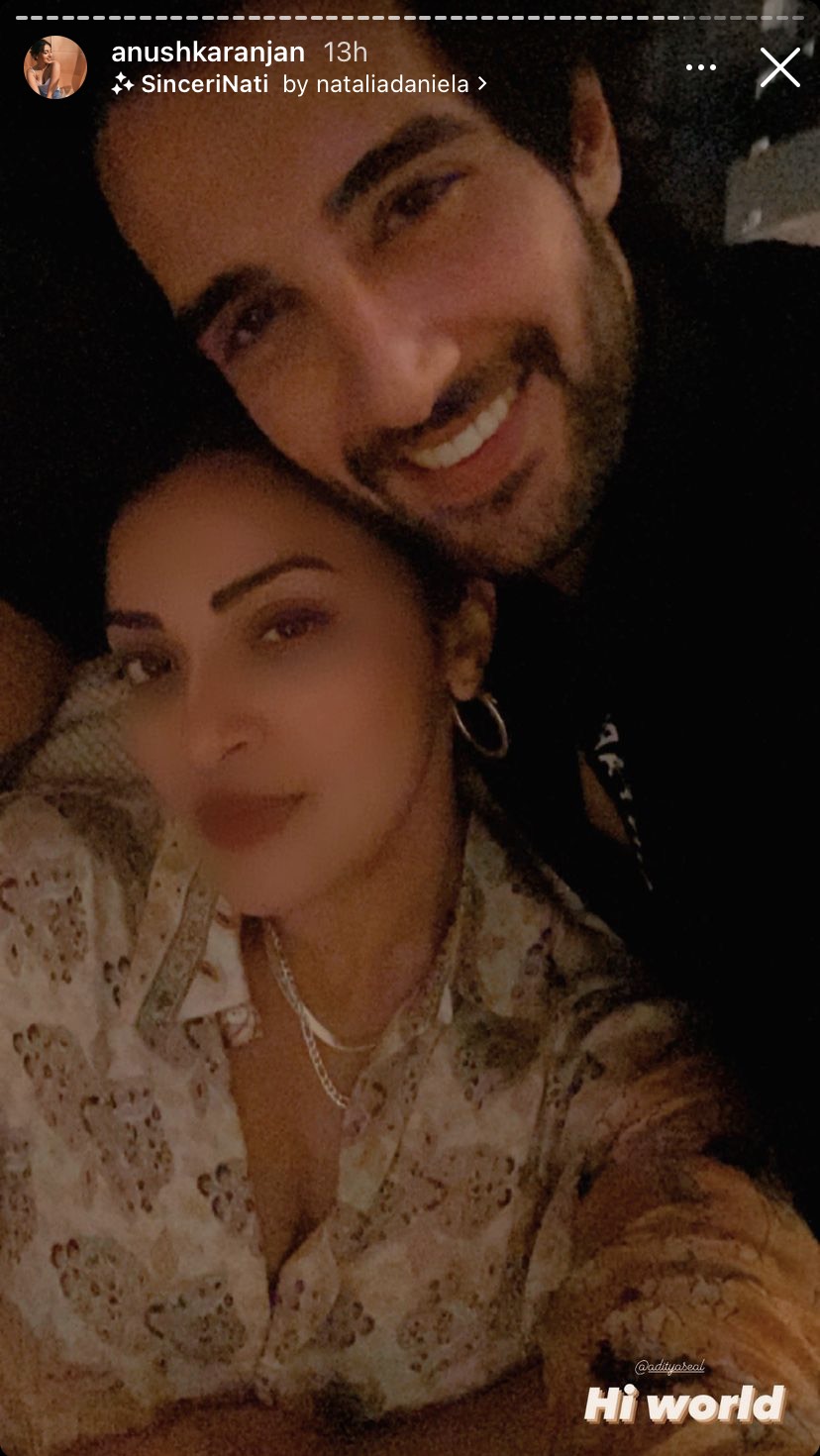 Ahead of her wedding with Aditya Seal, on November 17, 2021, Anushka Ranjan had got a very cute bachelorette party from her friends, Krystle D'Souza and Vaani Kapoor. Vaani had taken to her Instagram handle and had shared a picture from the bachelorette captioning it as “Team bride”. On the other hand, TV actress, Krystle D’souza had shared photos from the intimate bachelorette bash on her IG stories. In the pictures, we could see the girl gang with a golden tattoo of ‘Bride Tribe,’ ‘Bride-to-be’ and ‘Team Bride’ with hearts on their hands. Anushka had radiated the best bridal glow as she had danced in a T-shirt and chinos. 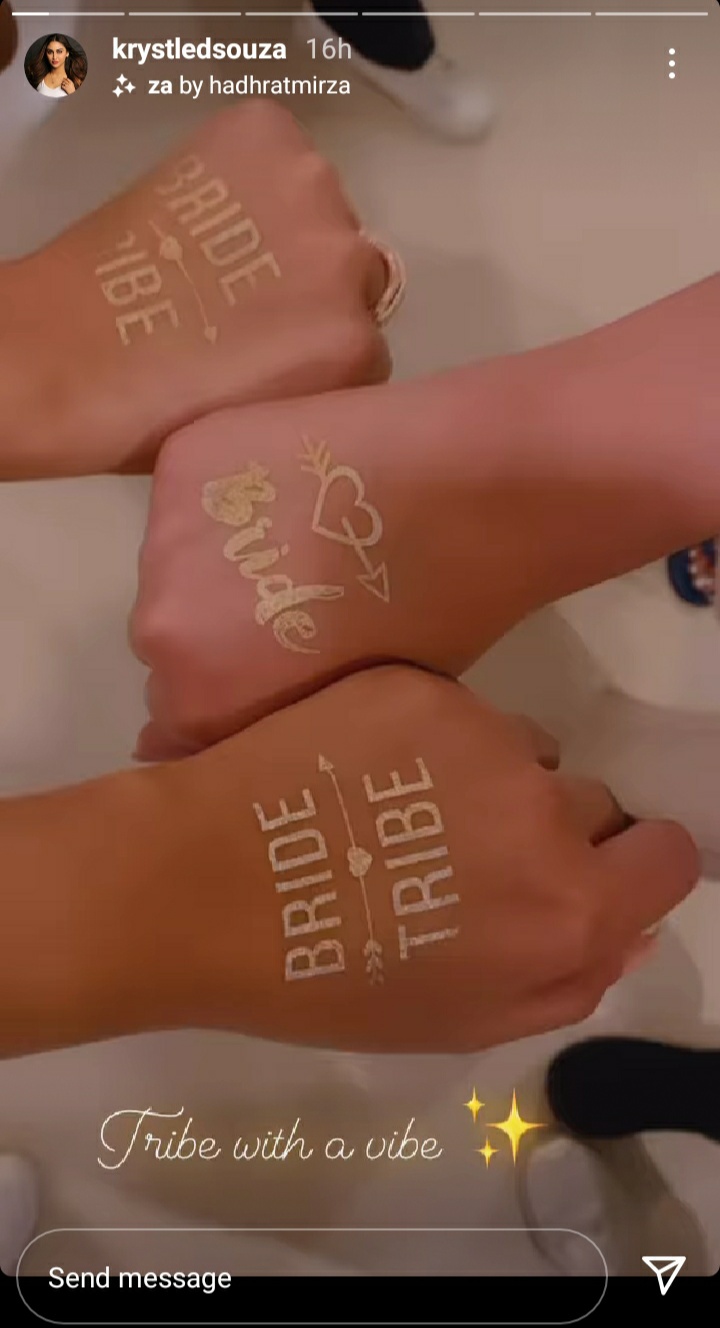 In a conversation with Bombay Times, Aditya Seal had talked about his and Anushka's wedding and if the feeling of getting married has sunk in yet. He had shared:

“It feels like I will move in with my girlfriend after a few days and embark on a new adventure. We wanted to get married sooner, but then we waited for the pandemic to get over. I used to live in Bandra earlier, but after my father passed away in the pandemic, I found an apartment in Anushka’s building, so my mother and I will be close to Anushka’s parents in Andheri.” 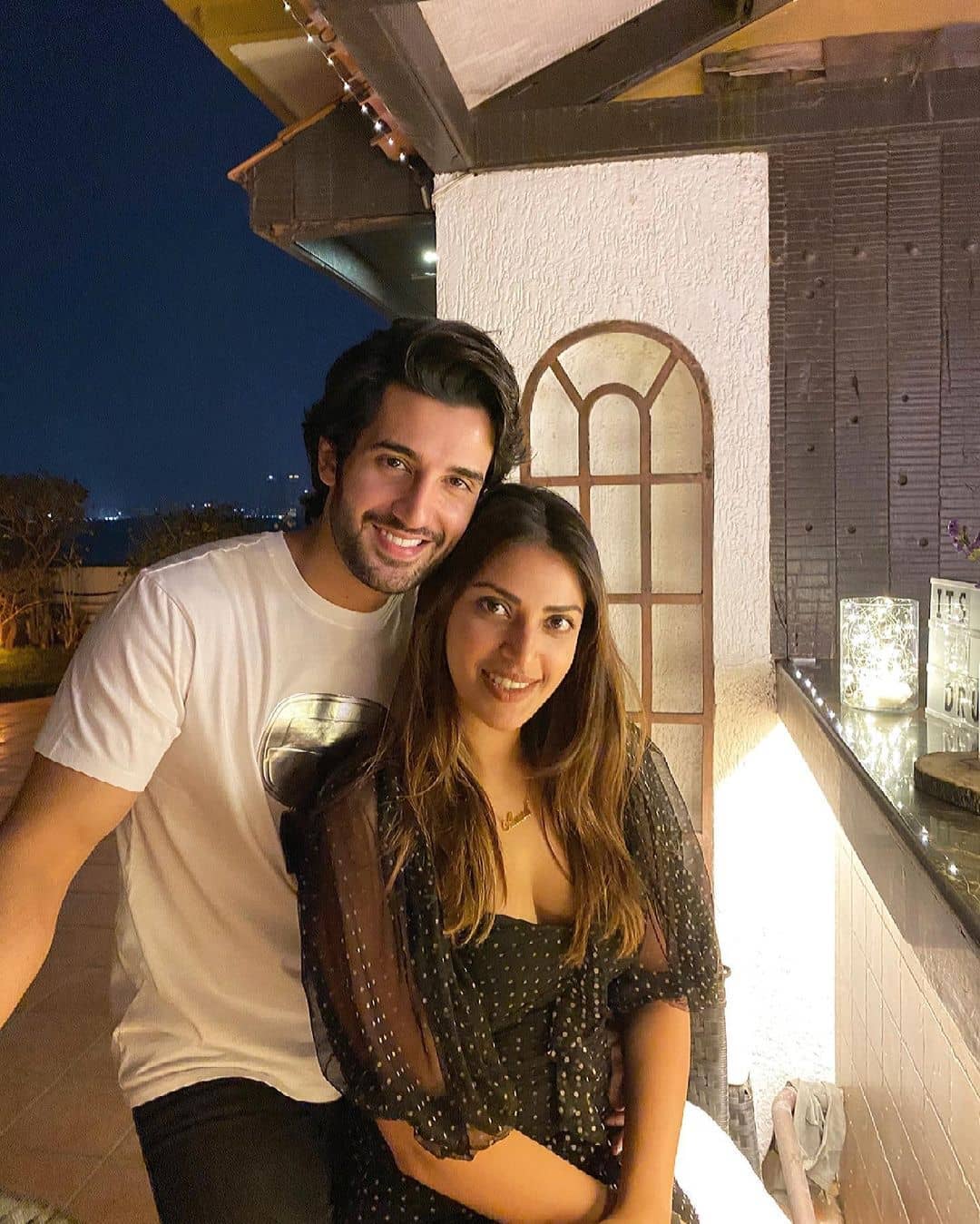 We cannot wait for Aditya and Anushka to get married!