Mommy-to-be, Anita Hassanandani is enjoying her pregnancy phase by satisfying her food cravings. Check out her picture, gorging on choco-dip sundae ice-cream from McDonald!

For every woman, pregnancy is the most beautiful phase which she eagerly waits to embrace. While she has to go through a volcano of emotions and dizzy days, everything makes sense when she holds her baby in her hand. However, before that, she has to go through nine-months of mood swings, weight gain and food cravings. Yes, pregnancy cravings are real and every expecting mother goes through it. Carrying a child inside her belly brings weird urges to have food during weird timings. And television actress, Anita Hassanandani is going through the same phase. (Recommend Read: Sanjay Dutt's Daughter Trishala Dutt Reveals Where She 'Spent Most Of 2020', Maanayata Dutt Comments)

For the past few months, there were rumours and speculations that Anita Hassanandani and Rohit Reddy are all set to welcome a baby. However, the duo had brushed it off the media speculations in their own witty ways. But after a lot of 'guessing game', in October, Anita had finally revealed the happy news of her pregnancy. Since then, fans are hooked to her Instagram feed that is filled with cute pictures.

Every woman will agree that the hardest part of the pregnancy is to control her food craving, that too, at weird timings. But looks like, Anita doesn't mind relishing her pregnancy cravings. On November 5, 2020, Anita took to her Instagram stories and shared a screenshot of her Swiggy application, wherein she was ordering a vanilla ice-cream from McDonald. In the other Instagram story, we saw an empty cup of choco-dip sundae ice-cream. The picture was captioned as "Who knew vanilla ice-cream from McDonald with chocolate could taste orgasmic." Uhmm, well, her picture made us also crave for an ice-cream. Check it out below: 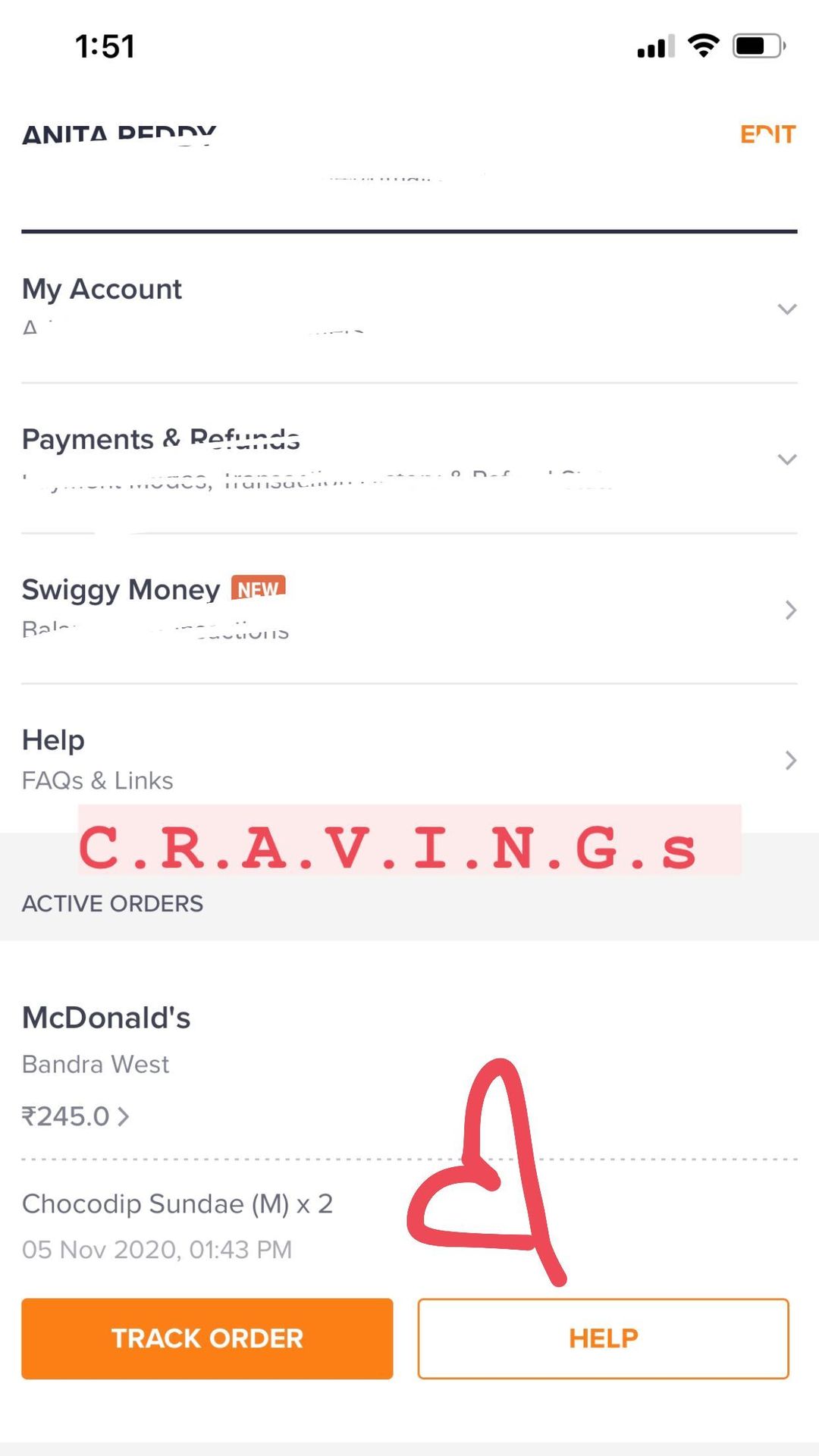 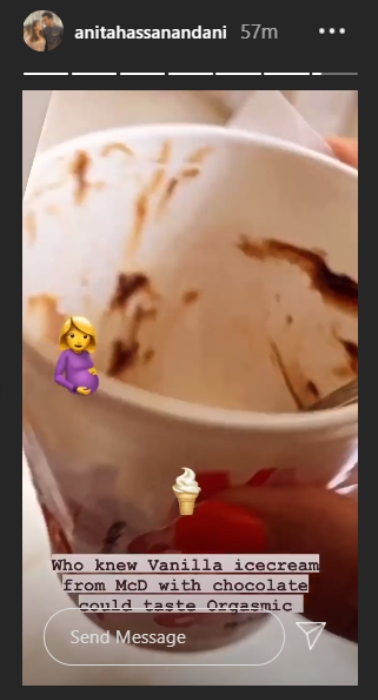 On November 4, 2020, Anita had shared her Karwa Chauth picture, which was not about fasting but only feasting as she is soon going to be a mommy. In the picture, we could see Anita looking gorgeous in a balloon-sleeve dress. On the other hand, Rohit was hugging her and caressing her baby bump. (Also Read: Gauahar Khan And Zaid Darbar Are Officially Engaged, The Couple Makes The Announcement) 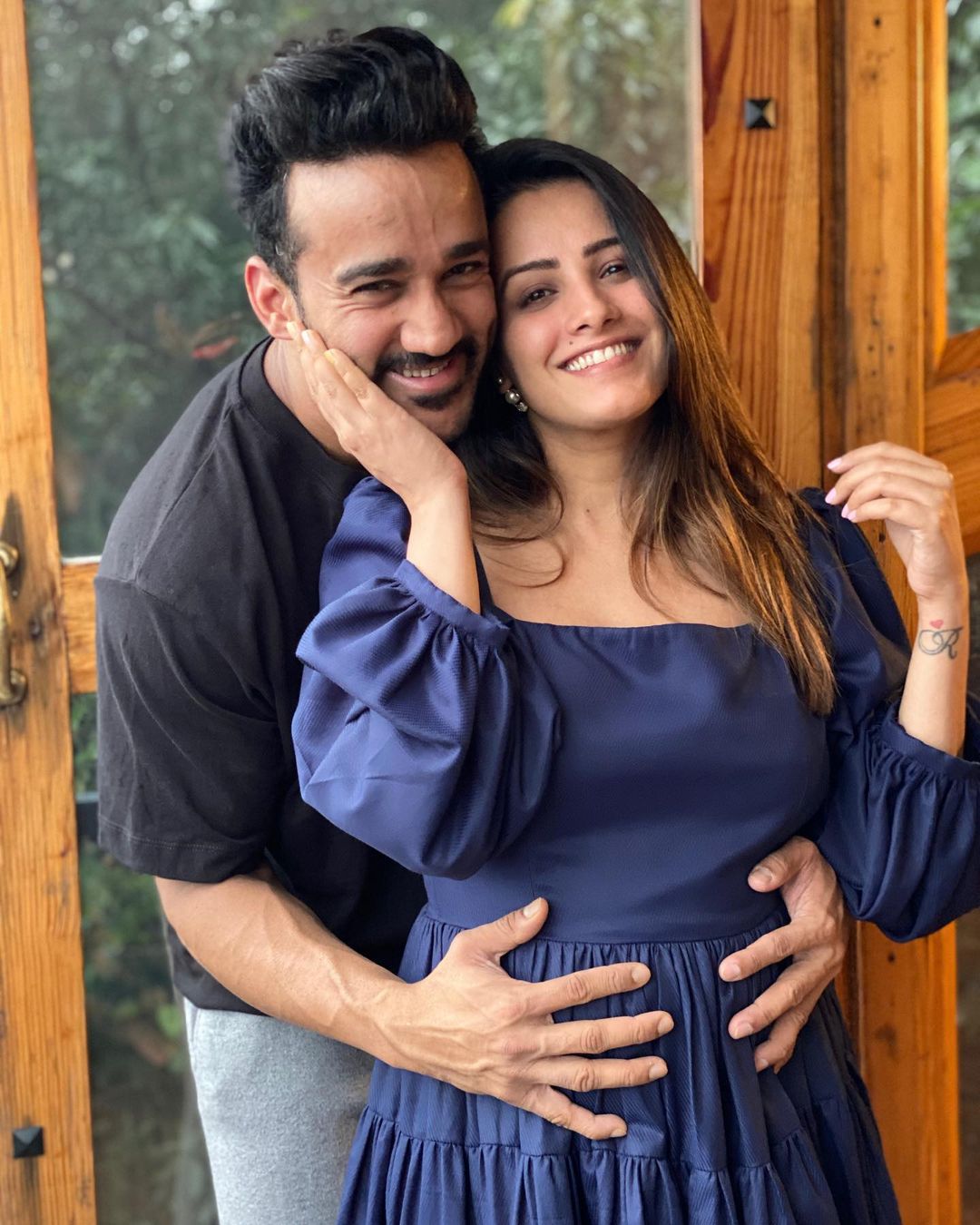 In an interview with the Hindustan Times, Anita had opened up on her pregnancy journey in 2020. She had shared, "Honestly, we have been planning it for a while now. It was not necessarily that we had to do it at this time. We knew right from the start that 2020 is the year, and I think it happened at a great time. God planned it beautifully." She further revealed that their families had gotten emotional and extremely happy after hearing the pregnancy news. 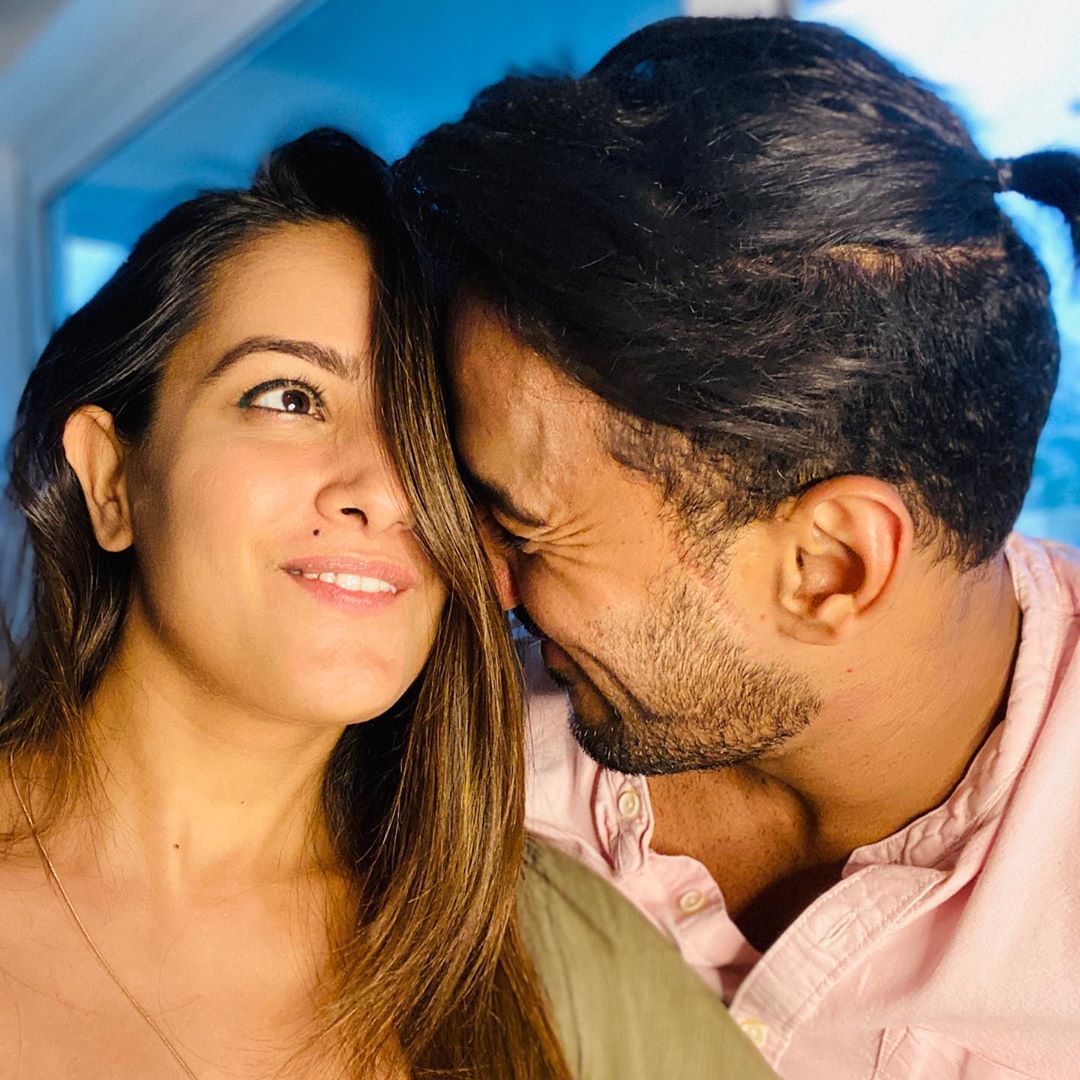 Talking about the unique pregnancy announcement, Anita had shared, "It was just for fun, I took my wedding dupatta. As far as prepping for this phase goes, abhi toh bas shuruaat hai. There is lots to do, and we are looking forward to all of it. A new phase is about to start." (Don't Miss: Priyanka Chopra Looks Ethereal In A Red Saree As She Celebrates Karwa Chauth With Hubby, Nick Jonas)